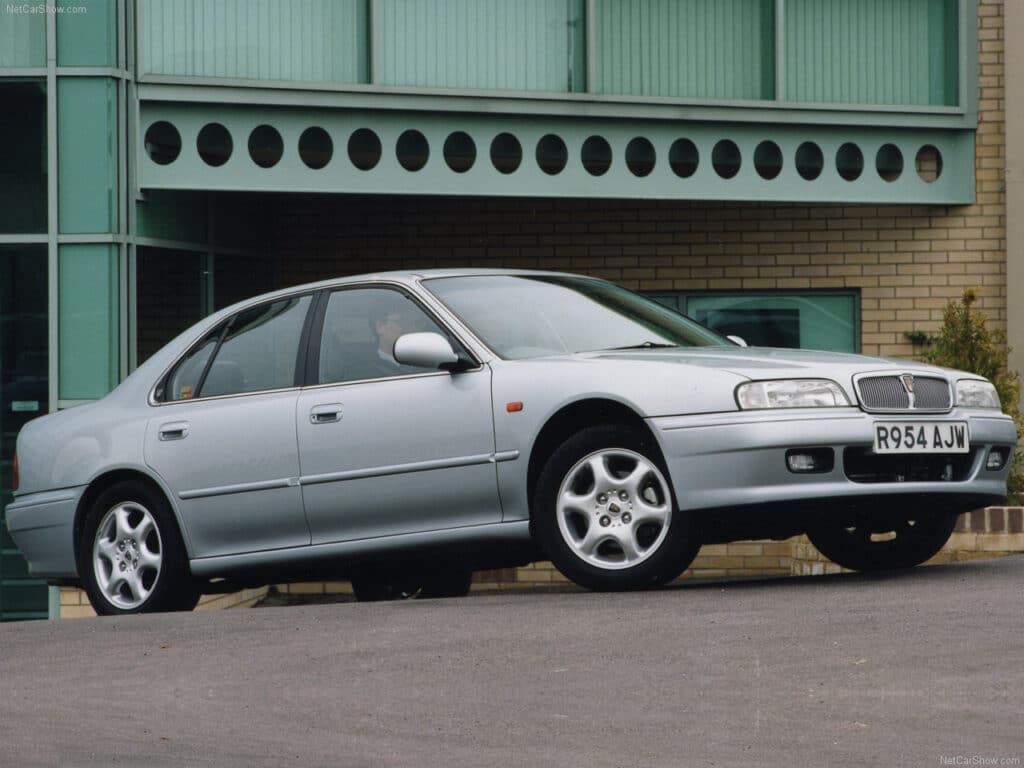 It will come as a surprise to literally nobody that we like a Rover at N2G. Maybe it’s pity, maybe it’s some sort of sense of patriotism, or maybe we’re just daft? Who knows? Whatever the reason, the fact remains that we will forever champion these cars. Apart from the CityRover. That little horror can get in the sea. Everything else though, has a place here in the digital warmth provided by Not £2 Grand. Cars like the Rover 600, for example. Which, handily, is what we’re talking about here. Why? Because even when we take off our rose-tinted spectacles, the 600 is still a good car. People who take the piss out of Rovers are, generally speaking, idiots. The kind of ‘zany’ folk who try so hard to be funny, but fail. They are Colin from The Fast Show. Ask anyone who knows about cars, and who can be objective, and they’ll usually admit that Rovers were okay. 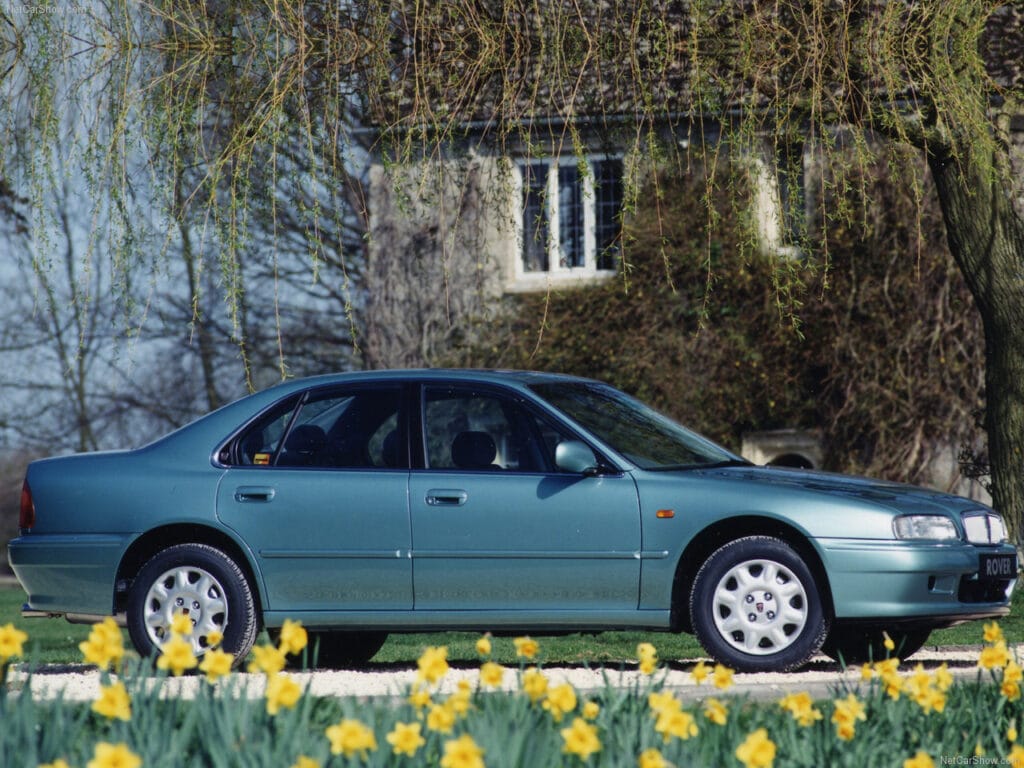 The 600, however, was more than okay. It was a really rather good car indeed. This is of course due to it being more Honda than Rover. It’s no secret that Honda and Rover were bedfellows for some time, as is evidenced by cars like the R8 and the 800. The R8 was a Concerto, the 800 was a Legend. And so too was the 600 a Honda – an Accord in this case. Unlike the others though, Rover behaved itself during the design, and as such, only meddled with the bits you can see and touch. Mechanically, it was all Honda. Well, apart from a couple of engines, but we’ll get to those in a bit. This restraint came about largely due to Honda being the ones to approach Rover and suggest this partnership. Rover, keen to capitalise on the potential of cut-price development agreed to only change the looks. To begin with at least. 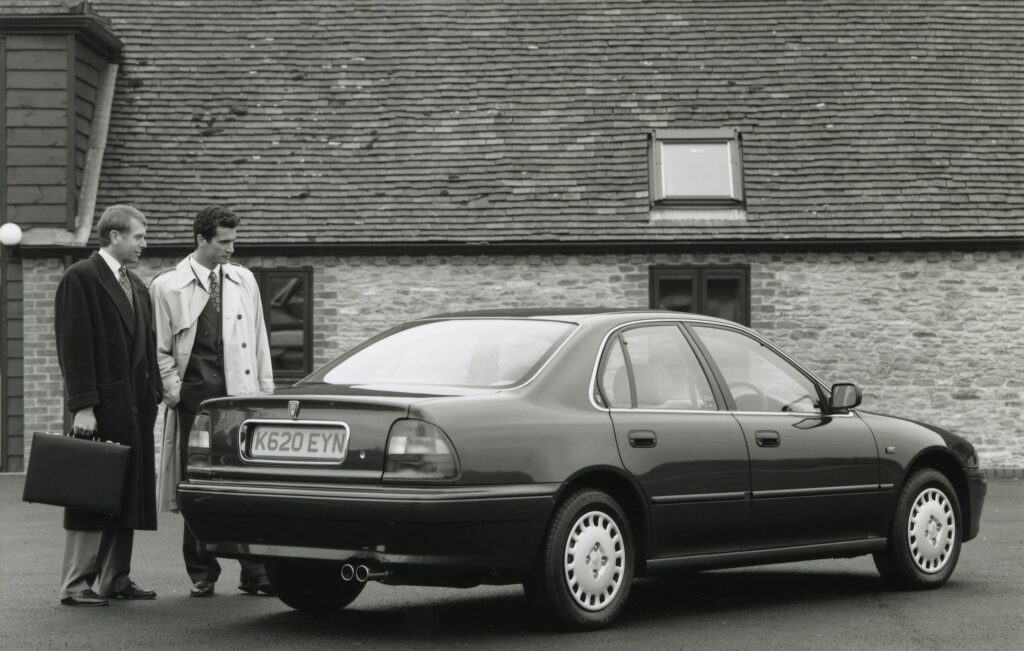 This was great news for Rover. It meant it could retire the dated Montego (by the time the 600 came out, the Montego had been in production for nine years) and it also meant the British company could put more push behind its move back into the realms of being premium. The mid-size executive saloon market was a hot one in the early ’90s, and Rover wanted a slice of the action. Of course, this squared it up against the likes of the E36, the forthcoming A4 and the Mercedes-Benz C Class. Goliaths of the industry, but Rover’s David was going to come out swinging.

To look at, the 600 was all Rover. The designer, Richard Wooley, moved away from the angular, sudden lines of previous models and instead went for something altogether more flowing and organic. It actually looks very un-Rover like, even when compared to the cars that followed it. The chrome grille fitted in with the rest of the Rover range, but that was about it. The rest was largely dictated by the Honda underneath it. But this wasn’t a negative – the 600 looked great. Clean, unfussy and elegant. Interestingly, it was only offered in one configuration – as a four-door saloon. No coupe, no hatch and no estate. For doors, that was your lot. 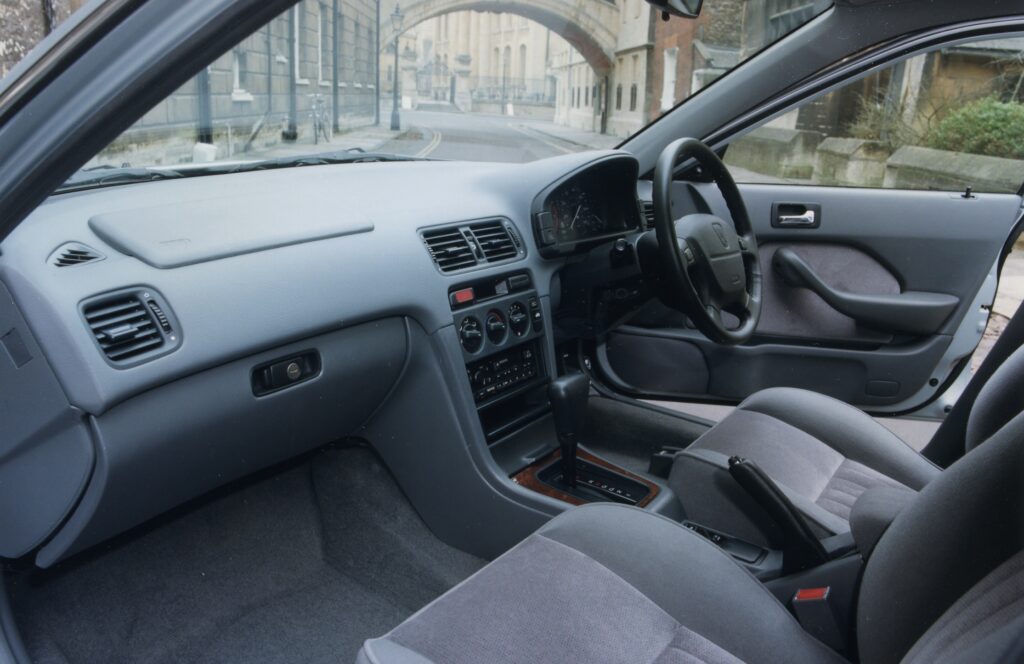 Sit in a Rover 600 and it feels, despite there being more dubious ‘wood’ than you’d find in Ikea, distinctly un-Rover like. It feels far more like a Honda. Rover’s small team of engineers and designers that was sent to Japan during the development did throw some Rover badges in there, along with some fabrics and the like, but they didn’t go mad. As such, the cabin was a solid, well-made, comfortable place to be. And it was made from decent stuff, too. Jump in a 600 today and you’ll be impressed by how it’s held up.

Engine-wise, it was all Honda from 1993. The 1.8 petrol, the 2.0 petrol and the 2.3 petrol were all Honda units. As such, they were refined, they were reasonably powerful and they were outstandingly reliable. Something Rover needed to have in its corner. Transmissions were either a five-speed manual or a four-speed automatic. The chassis was all Honda, too. And while the 600 wasn’t the sharpest, most agile car to drive, it was refined, it was comfortable and it was compliant. Everything a mid-size luxury car should be. The 600 was just a good car. Inside, outside and to drive, it was good. Not exciting, not revolutionary, but it didn’t need to be. 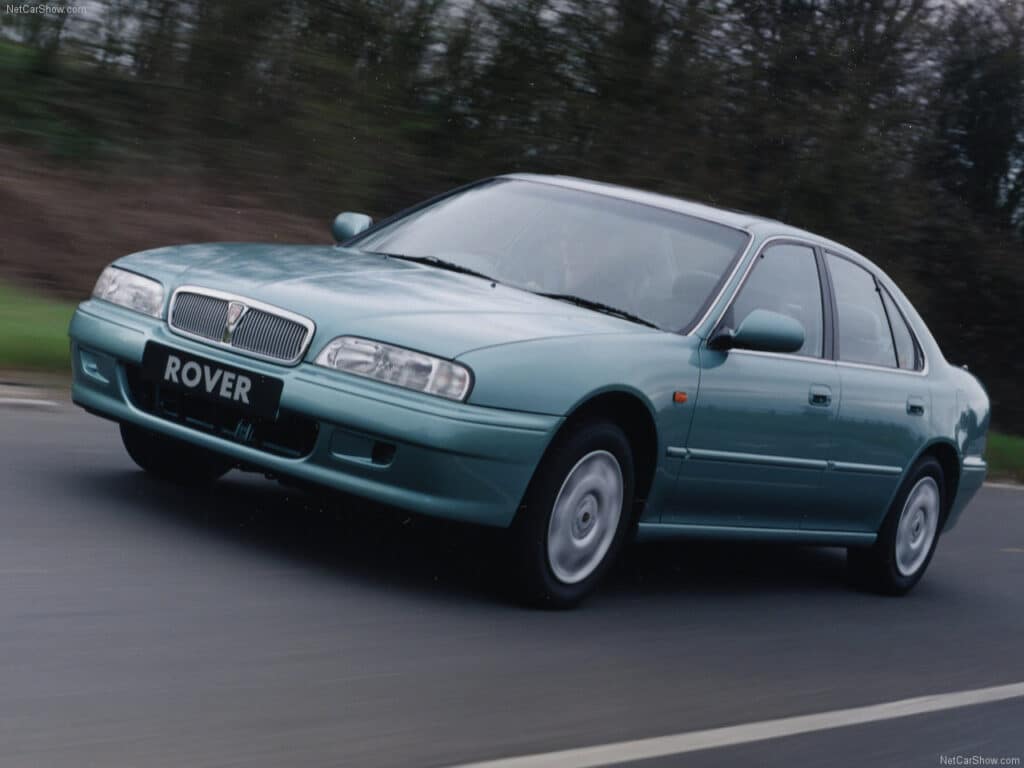 The press was keen to praise the new 600. It was worlds apart from previous offerings, but then given it was a Honda in a British suit, that’s not surprising. It was priced well, it had lots of kit and it appealed on the basis of being something different from the German norm. The one thing it wasn’t, was a performance car. Rover, however, changed that in 1994.

In the mid ’90s, diesels were a hot commodity. To attract fleet buyers, Rover needed a diesel engine. However, Honda didn’t have one to suit. As such, Rover opted to fit the L Series turbo diesel engine. This was a massive technical challenge, and one that required the employ of a dedicated team of engineers. And while they were, urm, engineering, they realised that the space being made to fit the L Series could also be used to fit the T Series – or more specifically, the 197bhp turbocharged T Series as seen in the 800 Vitesse. So that’s what they did, and in 1994 the iconic 620ti – turbo injection – was born.

The ti is the one to have. It’s fast, and while speed isn’t everything, it goes a long way. It transforms the 600 for the better. Though Rover didn’t see it like that, and instead pulled the advertising and marketing when it saw it was being compared to the offerings of BMW, against which it couldn’t compete. It was never meant to. It was more a crowning specification for the range, not something to beat rivals. That said though, Autocar did discover that in the mid-range, the ti was faster than a Sierra RS Cosworth. Impressive. 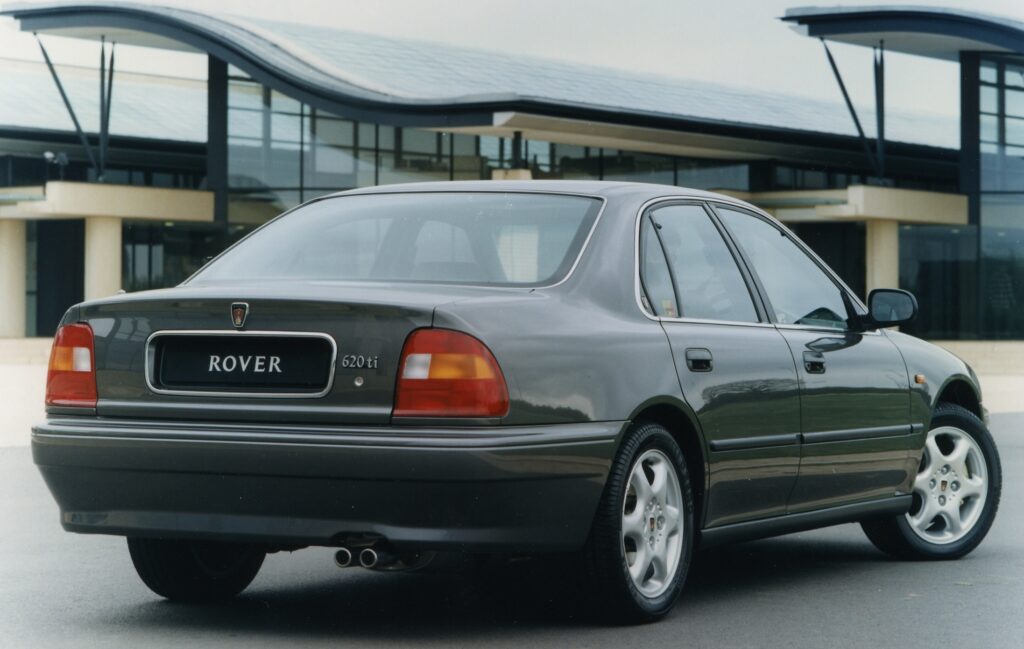 The Rover 600 was an important car for Rover, but not for the wider market. Rover couldn’t match the production numbers of BMW, Audi and Mercedes-Benz, nor did it ever intend to. The 600 was a Rover for Rover. An important stopgap between the generally terrible Montego and the new, brand-defining 75 that would come in the late ’90s. It was, then, something of a hidden gem. For those who did buy one, they were rewarded with a car that was comfortable, that was reliable and that looked good on the driveway. A trusty, solid vehicle that would go for years. For those who bought the ti, they got a car that was more than capable of raising an eyebrow in the traffic light grand prix.

On the whole, the 600 was a good machine. It’s getting hard to find these days, but if you do – especially a ti – then you should take the plunge. It’s now a proper modern classic, free of image or reputation. A car to be celebrated really.