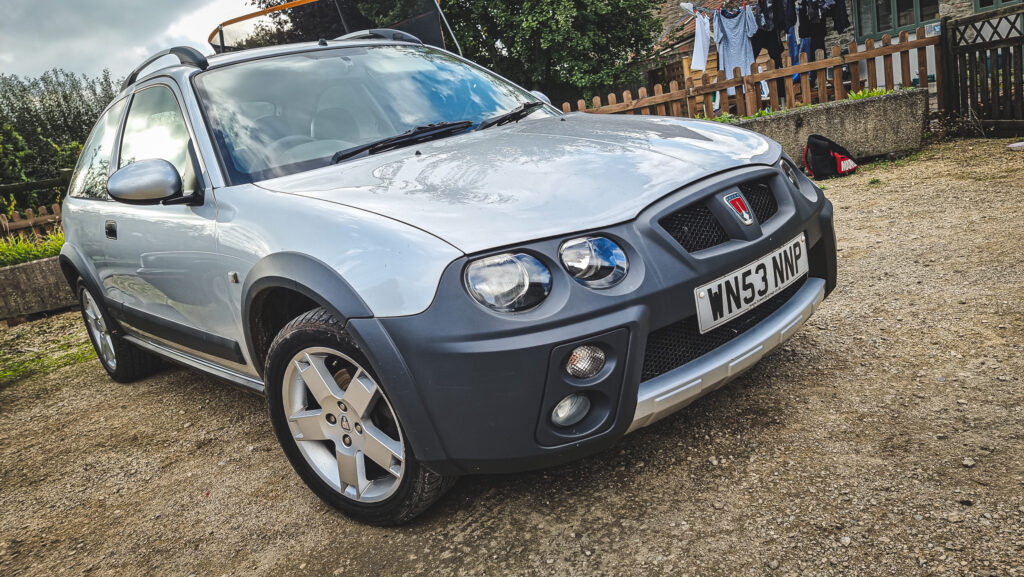 In case it hasn’t become alarmingly apparent yet, we like a car from the Midlands here at Not £2 Grand. Mike has a 214SEi R8, Pollitt has an 800 and he also has a back catalogue so laden with Rovers, it could kick-start production at Longbridge. We don’t know why we like them, but we do. Maybe it’s the desire to appreciate an underdog. Maybe there was a lot of ‘drop on head’ action when when we were young? Who knows? Bottom line is, we like a Rover, and we make no apologies that. Which is a bold stance, given we (well, Pollitt) have just bought what is arguably one of the most disliked Rovers of all time. Yup, we have bought a Streetwise. And do you know what? We bloody love it. 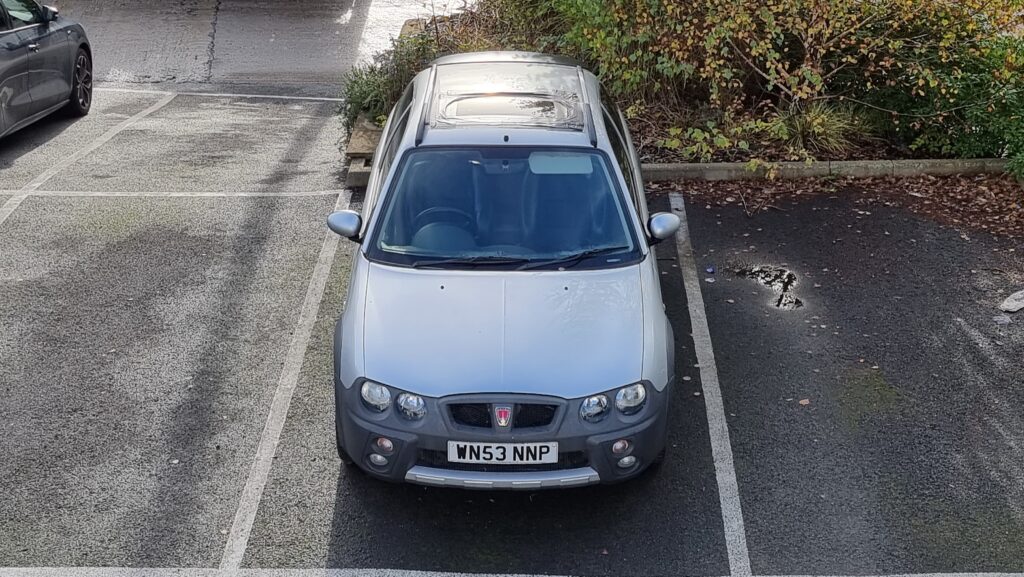 Look at it! Look at its happy little face. That’s our car, that. All 1.4 litres of K Series fury. We will however, ignore all the tape on the roof. We love it. It set us back a mere £450 and in all honesty, it’s not a bad little car. Does it need some love? Of course it does. But it’s not a lost cause. Far from it, in fact. Let us explain why.

We have always wanted a Streetwise. It was largely mocked when it was new, but Rover was ahead of the curve. Nobody takes the piss out of a Polo Dune, an A6 Allroad or a Fiesta Active, yet they all share the jacked-up suspension and chunky plastic arches of the Streetwise. It was a brilliant idea, frankly. It was just a bit premature. We like its rugged looks, we like the way it drives, we like the practicality of it. We just like it all over. It’s a fun, cheeky car. Something a lot of modern cars… well… aren’t. 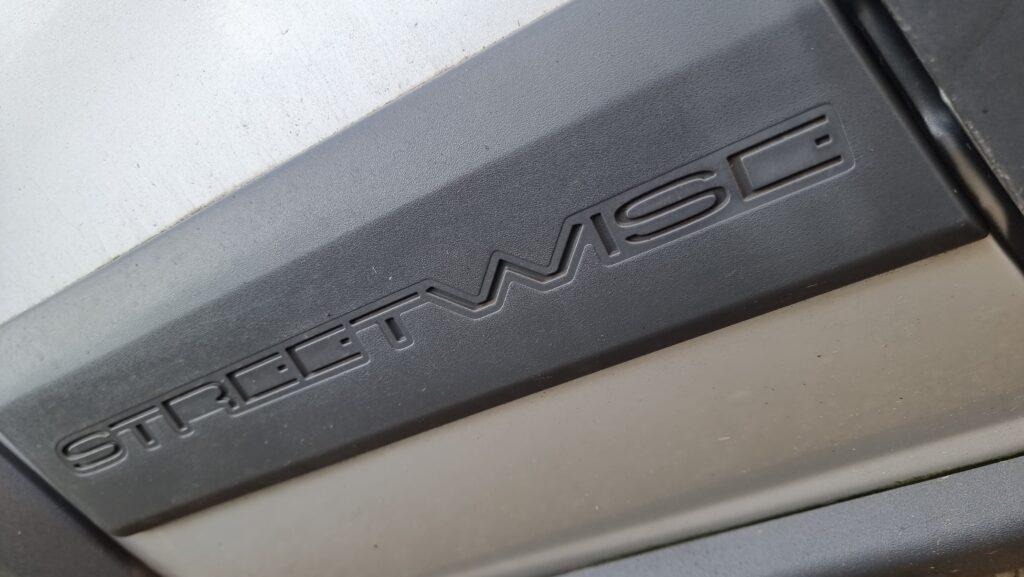 Anyway, back to ours and why it’s worth having. As we mentioned, it has no MOT. However, it expired, it didn’t fail. It does need some work before it will get another, but nothing major. Some new outer CV boots, some track rod ends and some tyres. That’s it. That is literally all it needs, and that’s why we bought it. Normally, whenever we buy something, the first thing we do is fluids, filters and plugs. Not needed here. It’s just been serviced, it had a new cam belt and water pump a few months ago, it has a new head gasket in 2016, it had a new clutch recently, and it had all new brakes. mechanically, it’s tip top. The engine is near silent when it’s on. The car has only done 65k, and as such, it is in rude health. We’ll have an MOT on it soon enough. 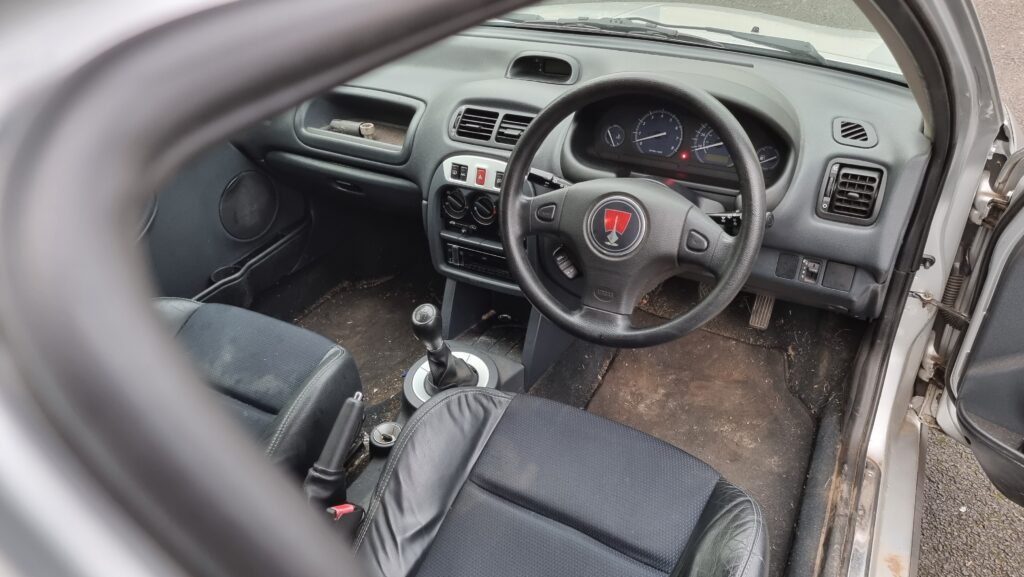 It’s also – with the exception of a slight imperfection on the offside rear quarter – arrow straight. When the time comes, it should polish up an absolute treat. We’ve already done the engine bay, and that came out great. It looks like new under the bonnet, as you can see via our latest YouTube video. The interior, on the other hand, is less than good. The driver seat seems to have been involved in an underground fighting ring of some description. We did ask it, but it said its hand were tied by the first rule. The speaker covered are broken, the carpets are a mess, the dash is hanging, the headlining is falling out, the boot looks like someone mistook it for a Jewson’s lorry and, well, it’s just a bit ripe.

But, ripe though it may be, it’s all there. The seat will need some work, but we have new cables and stuff to fix that. We have new headlining, which we’ll fit. The rest just requires a lot of cleaning. We may have to buy an extractor, but that’s no bad thing. It’s been used on a farm and it shows, but we can bring it back. It’s not damaged as such, it’s just a bit (okay, a lot) grubby. 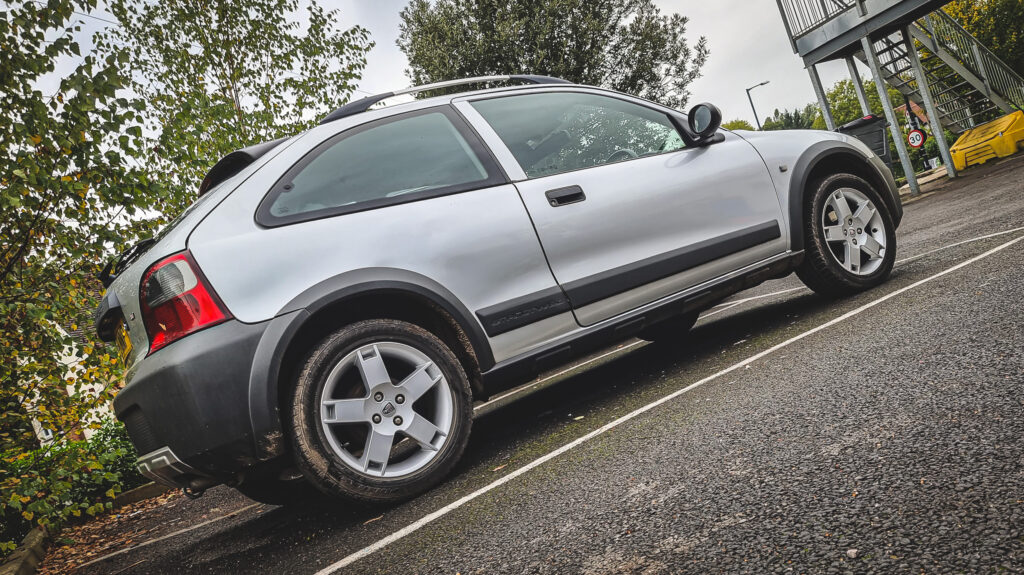 So what are the plans? Well, we’ve started by cleaning the engine bay. Next, we’ll sort the interior out including the headlining and the sunroof. It has a load of tape on the roof because the sunroof leaks. This had the potential to be a serious headache. Happily though, Xpart now stock the seal, so we have one en route. We’ll fit the CV boots and track rod ends and tyres, then we’ll sort the sloppy gearchange out with a new set of bushes, and then get it in for a test. Hopefully it’s pass without too much fuss. The MOT history is as clean as a whistle relatively speaking, so we have high hopes. The primo team at Rimmer Brothers has sent us all the parts we need. We’re just waiting on the weather now. 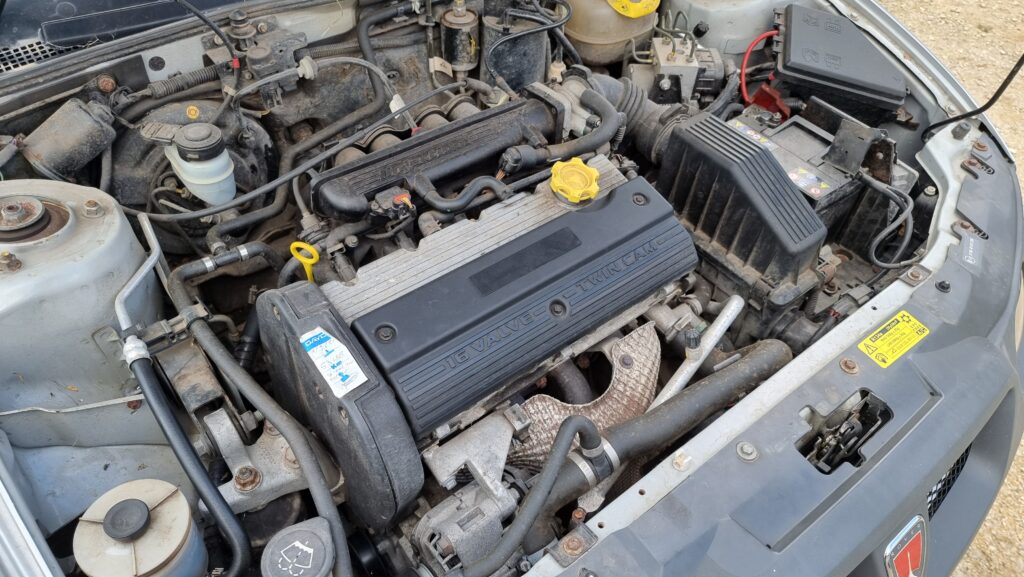 Once it’s on the road, that’s when the fun really starts. Lift kit, wide wheels, knobbly tyres, LED lights, roof basket so on and so forth. We’re going to lean into the overland theme and have some fun with it because, well, that’s what cheap cars are all about. Fun. And this little Streetwise will be a lot of fun, we’re sure of it.