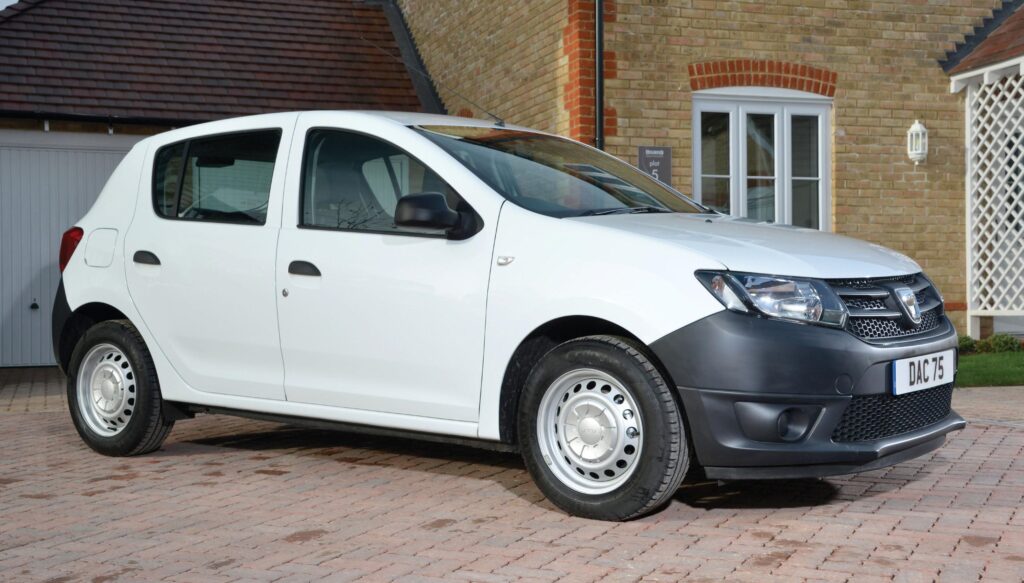 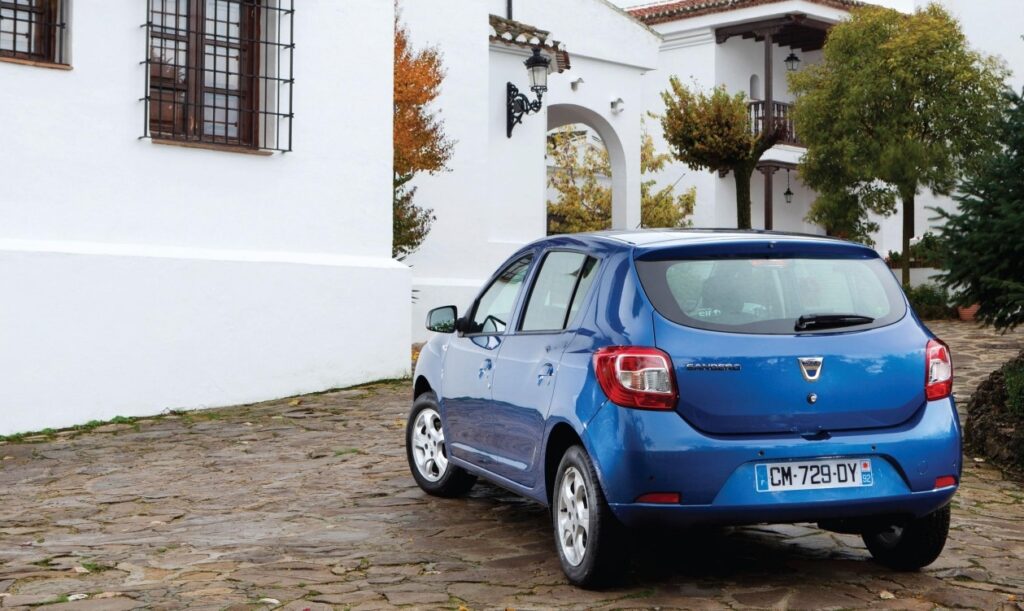 The Sandero is a car brought into the fore largely James May’s seemingly unending enthusiasm for it. Of course, this was all a bit tongue in cheek, but even so, it served to put the Sandero on the map for millions of motorists. We’re confident the PR team at Dacia HQ were positively giddy every time Mr. May mentioned it. And it made sense. The Sandero, which in this case is the second generation, was the kind of thing May would like. Now we think about it, his enthusiasm probably wasn’t all that tongue in cheek at all. It was probably quite sincere, much to the chagrin of his co-hosts. But we digress. 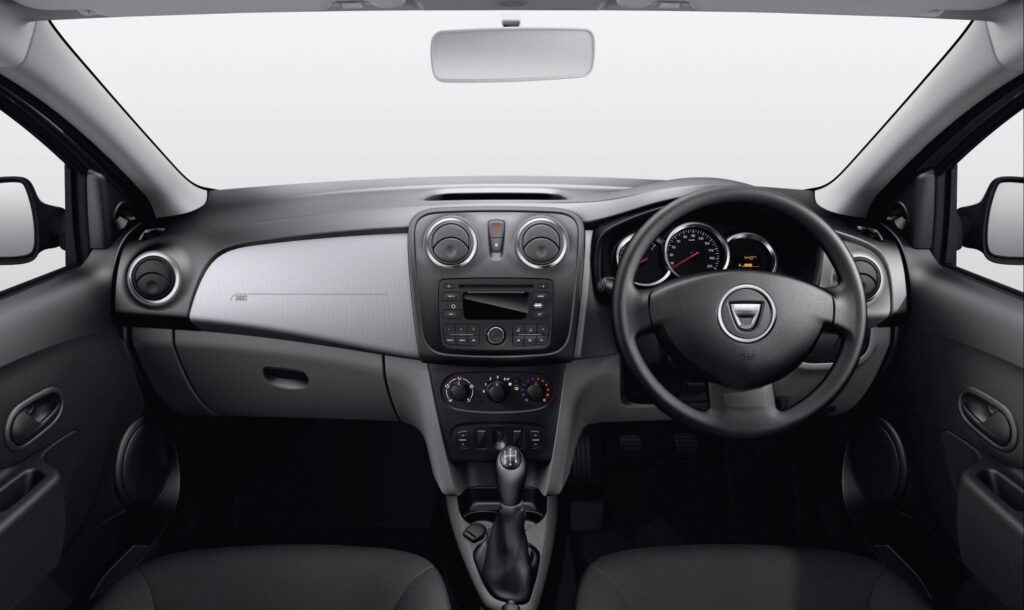 Back to the car. It is to the automotive world what a cheese sandwich is to fine dining. It is water opposed to fine wine. It is beige. It is staid. If you look up the word ‘car’ in the dictionary, that Sandero is what the mind’s eye will draw. It’s not fun, thrilling, exciting or dynamic. In fact, it’s so dull it makes tomato soup seem like a vindaloo. But, that’s not a bad thing. If you just want a car to do car things, the Sandero is the perfect example of what you should buy. It can do everything you need a car to do, such as sit outside Aldi, ferry children from place to place (your own, preferably) and carry things that don’t fit in your pocket. Like dishwashers. Or cats. It may have no flair, but fundamentally it also has no flaws. At least not within the defining parameters of being a car. 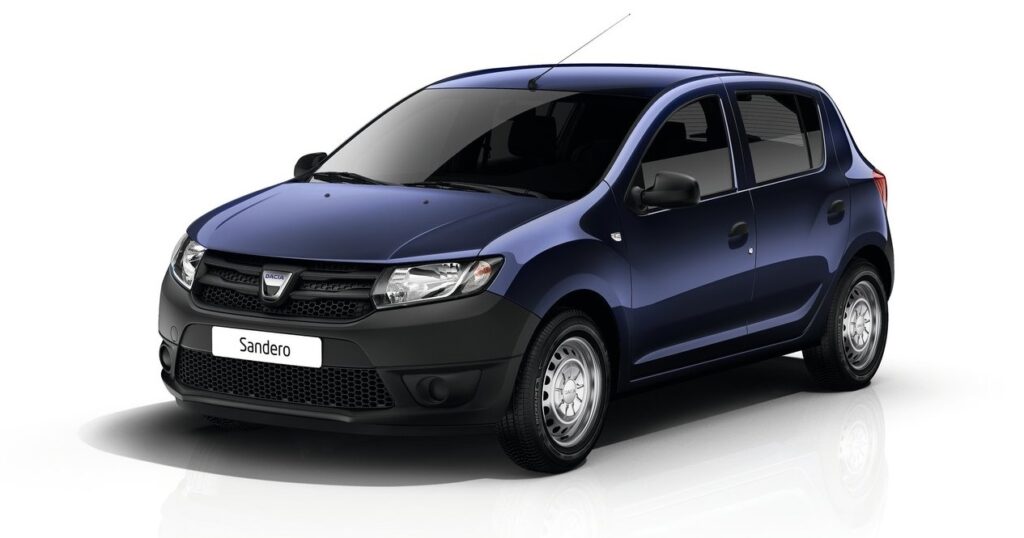 In comparison to every other car, one might argue the Sandero is laden with flaws because it doesn’t have or can’t do this, that or the other. But that’s not flawed. That’s because it’s a simple beast. If a new Golf is Swiss Army Knife, the Sandero is a spoon. Enjoy it for its simplicity and the resultant honesty. It’s not trying to compete with anything other than the bus, or walking. It’s not trying to knock your socks off. It doesn’t know what an apex is, let alone how to clip one and it doesn’t have any desire to win admiring glances. It wants to blend in, to be wheeled anonymity. If James Bond were real, he wouldn’t drive a DBS. He’d drive a Sandero. 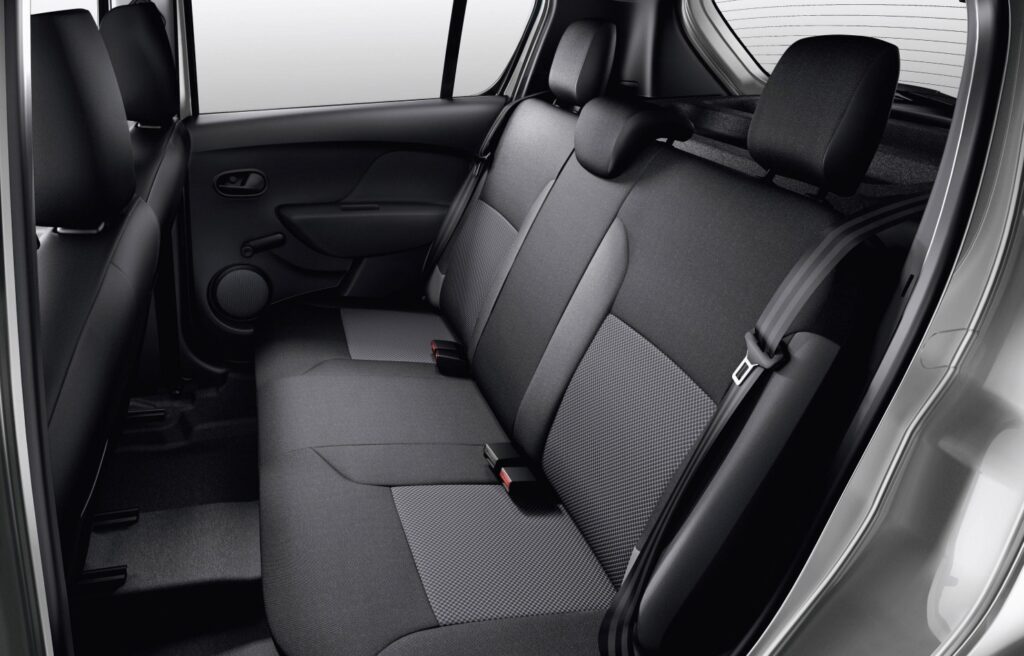 So what’s it like as a car? Well, it’s like a car, basically. Five seats, five doors, an surprisingly large 320 litre boot, 60/40 split rear seat, windows, radio, glass, rubber. It’s better than walking. It’s no Bentley, but it’s comfortable enough and should suit drivers both tall and short. There’s an array of airbags front and side, you get ABS, there is Isofix for your small humans and you get power steering, too. In fact, EuroNCAP launched one into a wall and give it four out of five stars for its troubles, which isn’t bad.

The interior is, as we mentioned, pretty big for a car in this class. It’s comfortable for what it is, though even in the most well appointed models, it’s still basic. Entry level models have keep fit windows and manual locks. Better spec will bring air conditioning, electric windows up front, a better stereo and central locking. You’ll also get body colour bumpers and alloys outside. We like the white, steel-wheeled version with the big black bumpers though. Lean into the basicness of it! 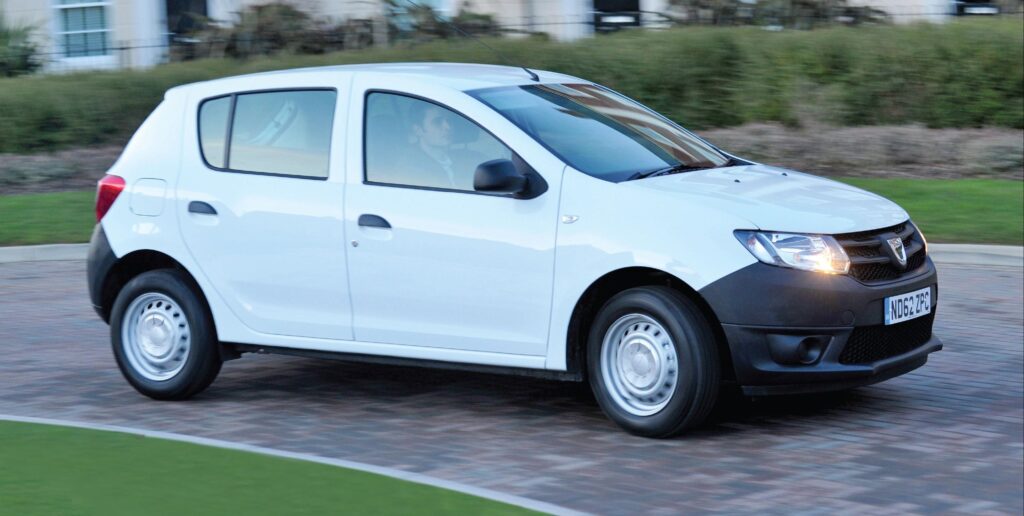 On the road, the Sandero goes where you point it, it stops when you ask it to and the engine does indeed propel it forwards and backwards. You’ll be looking at a 1.2 four-cylinder at this prince point, or if you’re lucky, a 0.9 three-banger with a blower. Don’t get excited though – it only has 90bhp, though that’s more than the 1.2’s 75bhp. Later base models have a three-banger without a turbo, and again, 75bhp. The engine aren’t going to set your inner Dominic Toretto dreams alight, but they’re not as slow as you might think. The five-speed manual transmission is a method by which to change gear. That’s about it.

On the road, the Sandero is surprising. It’s a fun little thing to bomb around in, which may have something to do with the fact it’s so basic. You’re more ‘involved’ with this car than you are in something with touchscreen this and driver aid that. You drive the Sandero, and that’s a nice feeling. The steering is direct, the brakes ample and the chunky rubber serves to make the ride compliant but also fun when you want. You can feel the car move about on its feet as you load it up for corners and the like. It will make you smile. 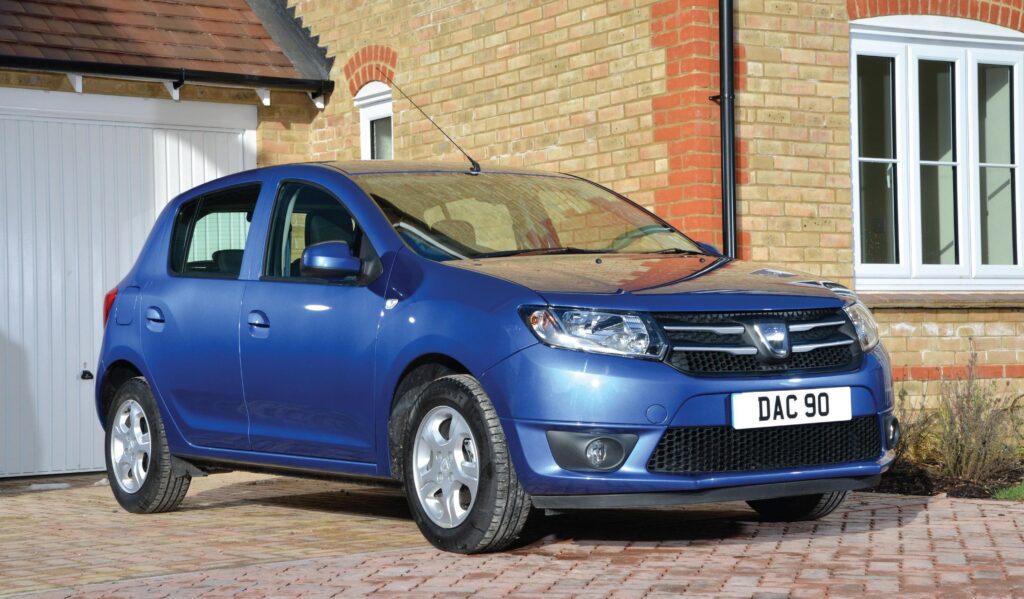 If you need a car that is nothing more than what a basic car should be, the Sandero is it. It’s not trying to set the world alight, it just wants to be useful, and useful it is. It’s safe, it’s reasonably reliable from what our research has told us, it costs pennies to run, the insurance is low and it’s inoffensive to look at it. It’s impressively practical though, more comfortable than you might expect, and while it’s basic and built from cheaper materials, it’s still built well and feels solid enough. In the face of rampant technological advances and so on, cars like the Sandero are a happy reminder of what a car in the purest sense should be. It’s your comfy jeans, not your three-piece suit. But come on, while it’s nice to be seen in the suit, we all know you’d rather be wearing the jeans.