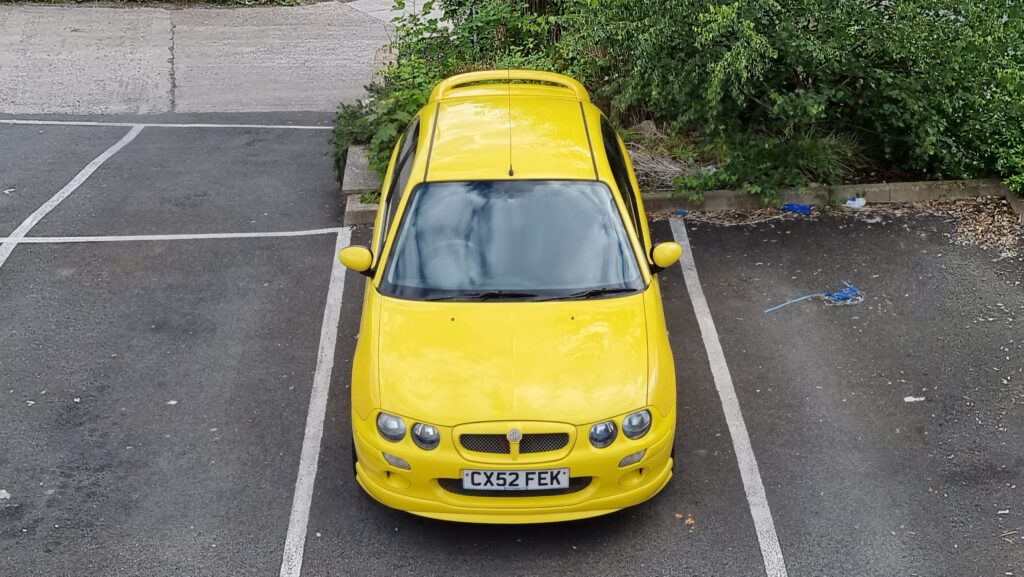 As you may have seen if you’re one of the sexy human beings that subscribes to our YouTube channel, I recently bought a 2002 MG ZR. Why? Because it was cheap and because I can’t say no to cars that are, um, cheap. The conversation that facilitated the sale was short, with no viewing nor any questions of any substance asked. I simply said I would have it. And have it I did. Months later (look, I’m busy) it was paid for and it arrived and, well, it was somewhat mouldy. But hey, you pays yer £200, you take yer chances. It was just as yellow as advertised, it had four wheels and while there were things growing out of it, it was still MG ZR-shaped. Good enough for me. 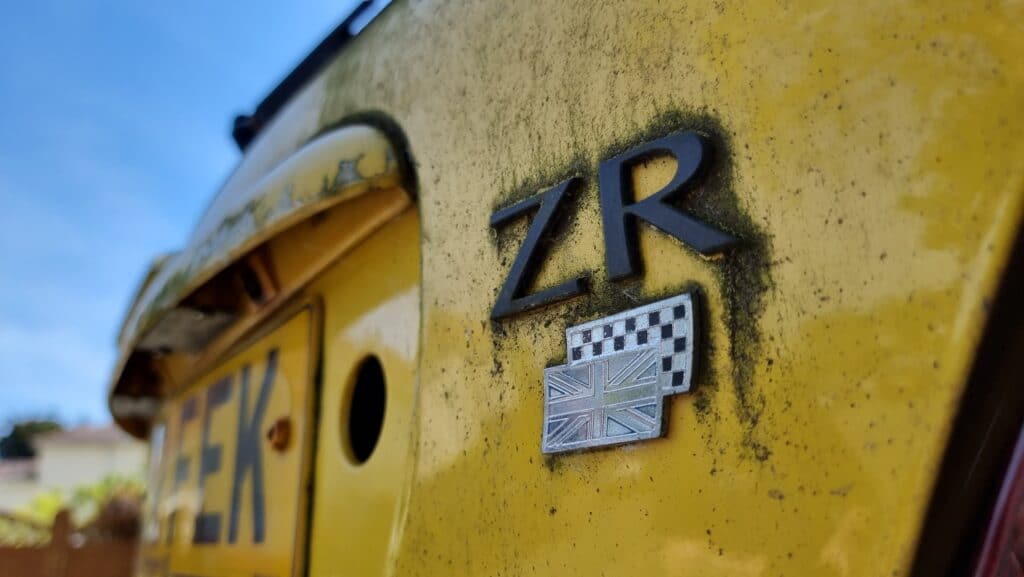 Somewhat bewildered why someone would bother to have such a wreck shipped from the middle of the country to the bottom of it, the delivery driver unloaded it and I drank in the visual presented by what I had done. First observations were based around just how damn yellow it was, and around the fact the boot lock was missing. Oh, and there was a small plant growing out of the driver side skirt. Hmm. I’d done well here, evidently. But hey, it started up and drove off the truck, and in the thirty-five yards to my flat, nothing fell off. I’m calling that a win. 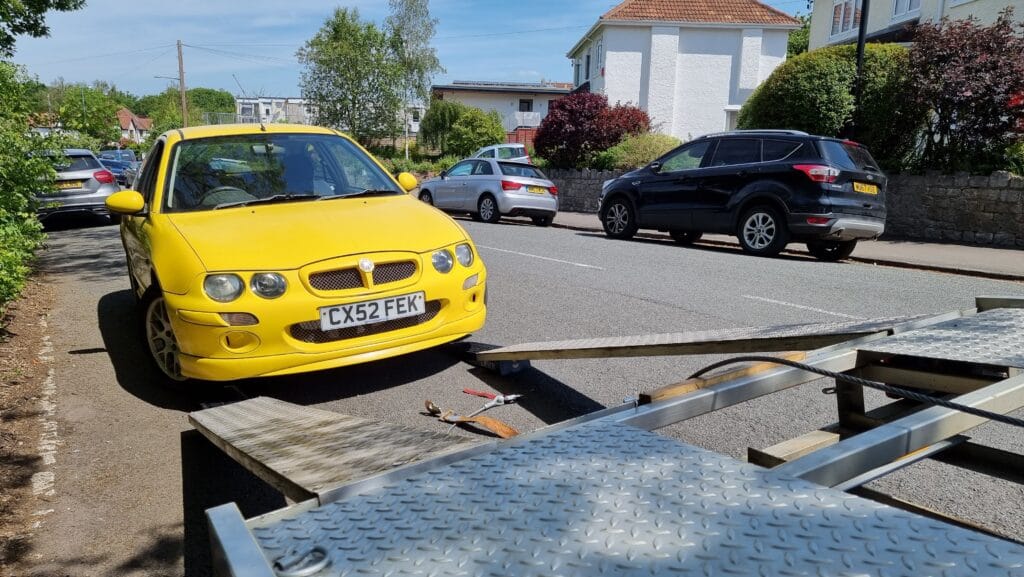 Fek indeed. Anyway, I then parked the car and ignored it because I was busy. I’m in charge of all things editorial for Car & Classic and that takes up a fair old chunk of my time as you can imagine.

When I was done for the day, I went back down to the car and had a good look around it, camera in hand. I wanted my ‘voyage of discovery’ to be real, I wanted the viewer to make discoveries in real time. I did not know that one of those discoveries would be finding out the driver seat didn’t match the rest. But whatever, it was YouTube gold. Possibly. You can watch said voyage below…

The ZR was rough, but not as bad as I anticipated. It started, it sounded healthy enough, it all seemed to be there. I even had the boot lock, which I put back in promptly. I was impressed with it, and I thought I’d hatch a plan to do something fun with it. Track car maybe, or trials car, or restore it. It has MOT, it’s only covered 60k, so it would be a good base for all of those things. First things first though, it needed some love. So, first of all, it got a damn good bath. This isn’t a detailing website, so I’ll not try and be one. Basically though, soft brushes and diluted APC to get all the crud off, then a good contact wash, dry, polish, wax and we were done. It… it came up better than expected. It was also even more yellow. 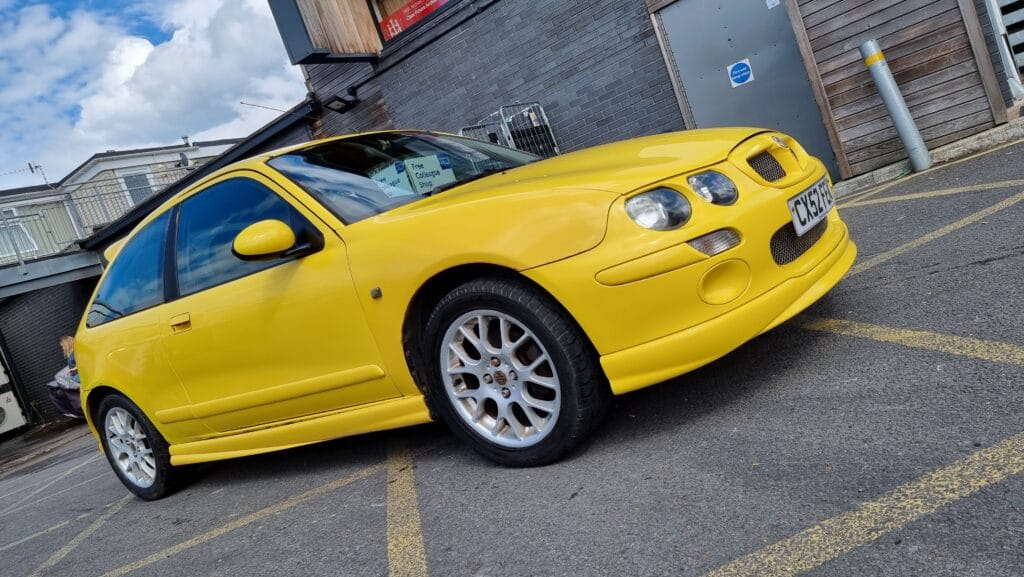 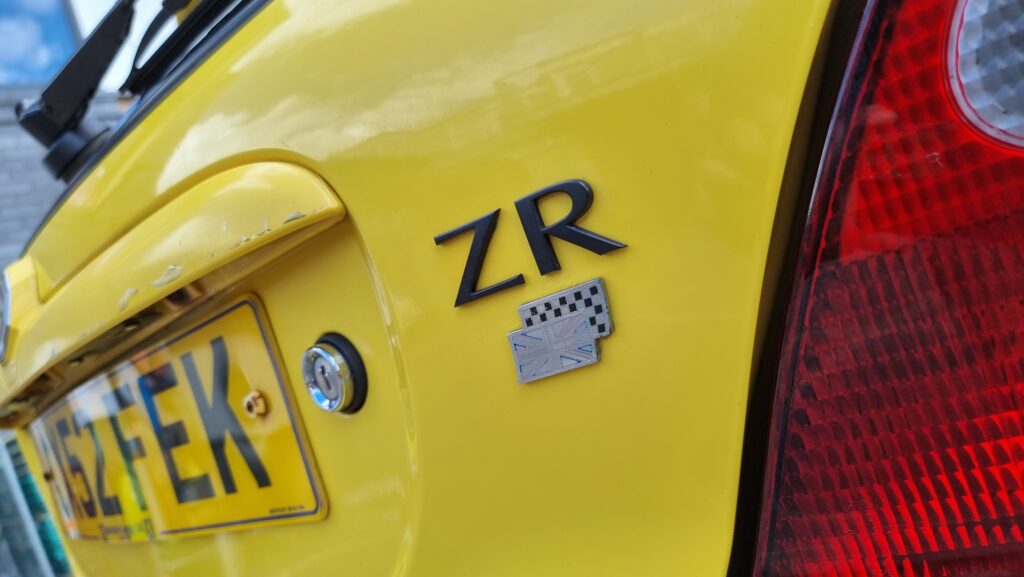 Look at that! It was like a different car. It’s now smooth, not rough as it was before. It’s still a bit tired and a bit rusty, but it looks one hell of a lot better. Next up, I needed to sort the interior. There is little I can do about a mismatched seat, but I could at least clean it out, but it some new mats, replaced the gear knobs (as the one I had was from a Ford) and give it all a clean. I even fitted a new Sony head unit to it, because on has to have phat beats. Oh, and a steering wheel with a yellow bit. STYLE. 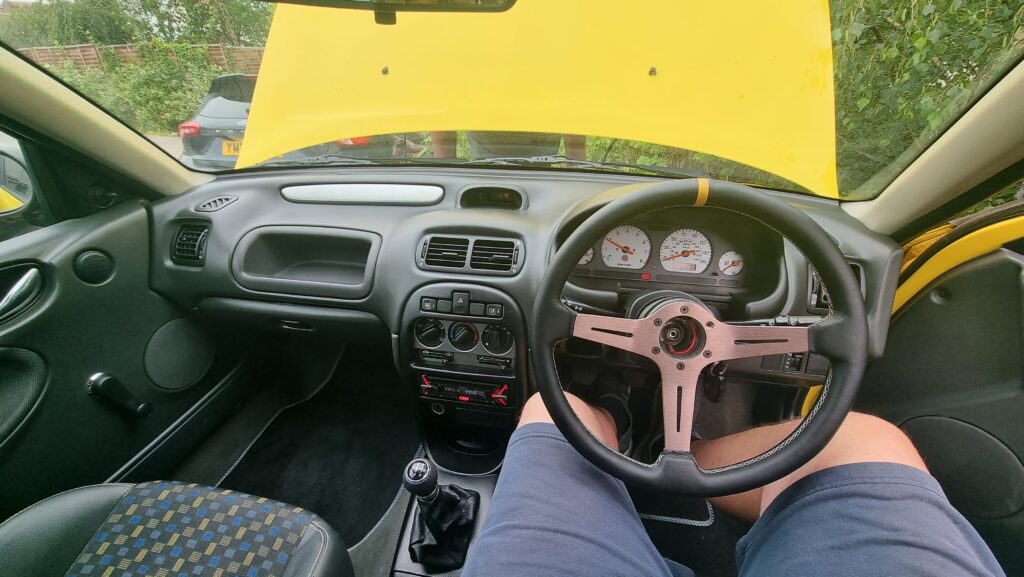 Then it was the turn of the mechanical stuff. The ZR hadn’t been used for a long time, and was in fact only MOT’d for me. It passed, of course, but it needed some love before covering any miles. So, new battery, new plugs, new oil and air filter, engine flush, some tasty Mobil oil and a damn good clean up all happened. I didn’t take a ‘before’ shot, because I’m a moron. However, I did take an ‘after’ shot, sort of. I say sort of because I have since painted the strut tops. But whatever, you get the idea. LOOK AT MY SHINY ENGINE. 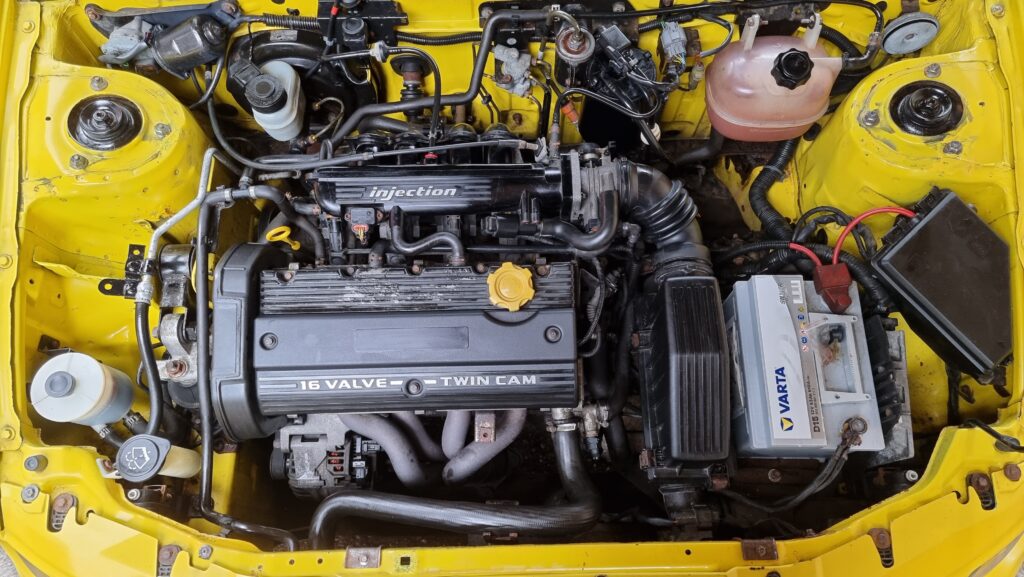 With all that done, and with the car better than it had been in… years. I, um, well I sold it. I didn’t want to sell it, but between buying it and doing all the work on it, I was offered a mortgage (in principle) which is very exciting as I despise every brick of where I live currently. However, in being offered the mortgage, I realised that dumping money into another car (let us not forgot, I have the ZX and the 800, too) was not a good course of action as I’ll need to buy paint, and hinges, and shelves, and doorstops and other stuff that people who own houses need. A third (well, fourth is you include the C Max) car wasn’t going to help on that front. 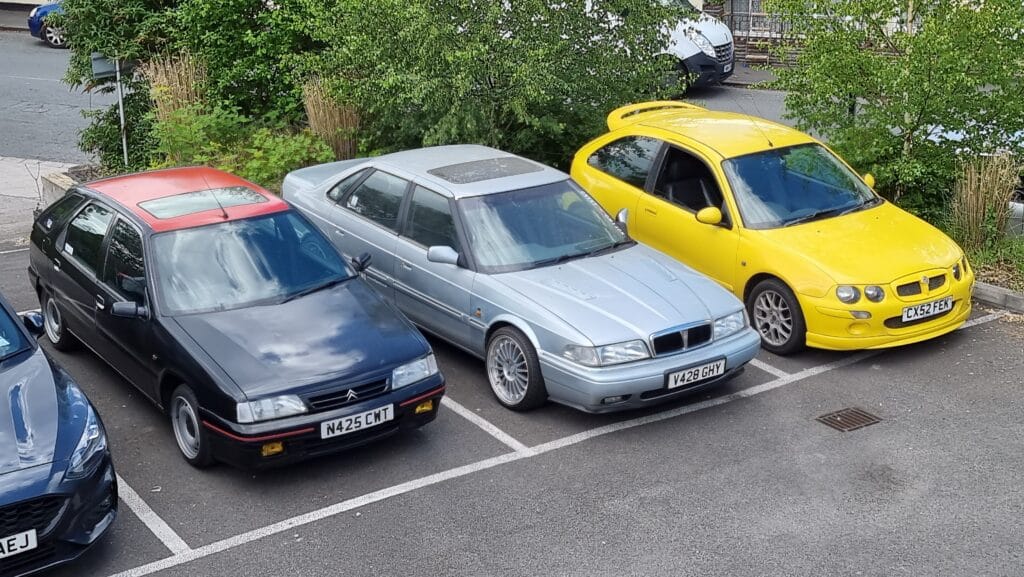 So yeah, it’s now someone else’s car. It’s still here, as the new owner can’t collect until the 10th. But it’s paid for, the V5 has been changed over, it’s not mine anymore. And I’m a bit sad about it. I like the ZR, I like its stupid little face, I adore how retina-searingly yellow it is, I even like the odd seat. It’s a fun little car, and I would have like to have had some adventures with it, but it wasn’t to be. However, I have at least saved it, improved it slightly and sent it back out into the world with someone who is going to do right by it. I’m told the buyer and his brother have a ZT, ZS, F and so on, so this ZR completes the set. So yeah, a shame to see it go, but ultimately, I think I did right by it. You can’t keep them all.