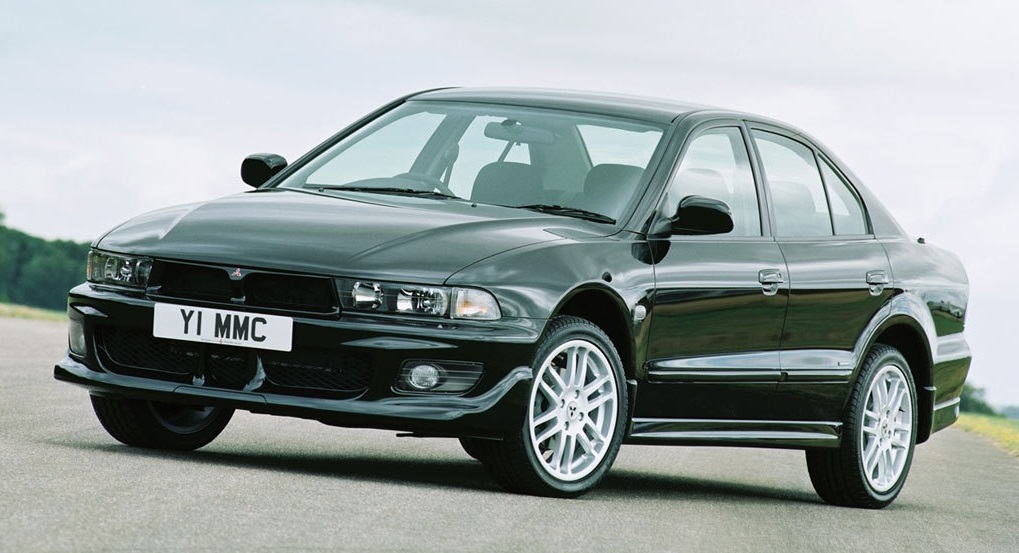 Mitsubishi cars have always struggled here in the UK. It’s no fault of Mitsubishi, mind. The cars are good. Not exciting, generally speaking, but good. But not good enough, it seems, to sway buyers all that much. We in the UK are unfortunate creatures of habit. The Galant, for example, would be overlooked for a Mondeo, or a Passat. Better cars? Maybe, but there wasn’t a lot in it. In fact, the Galant was a better car from a stats point. More space, more reliability and obviously more exclusivity. But it was the unknown, it was the car from the people that made the Pajero. Us Brits didn’t trust them with a car. Despite the fact it was the same company that made the Lancer Evolution, the GT3000, the Starion, the… you get the idea. We’re unfair to Mitsubishi cars unless they have 500bhp, it seems. More fool us though, because the Galant, if you can find one, is still a belting bit of kit. 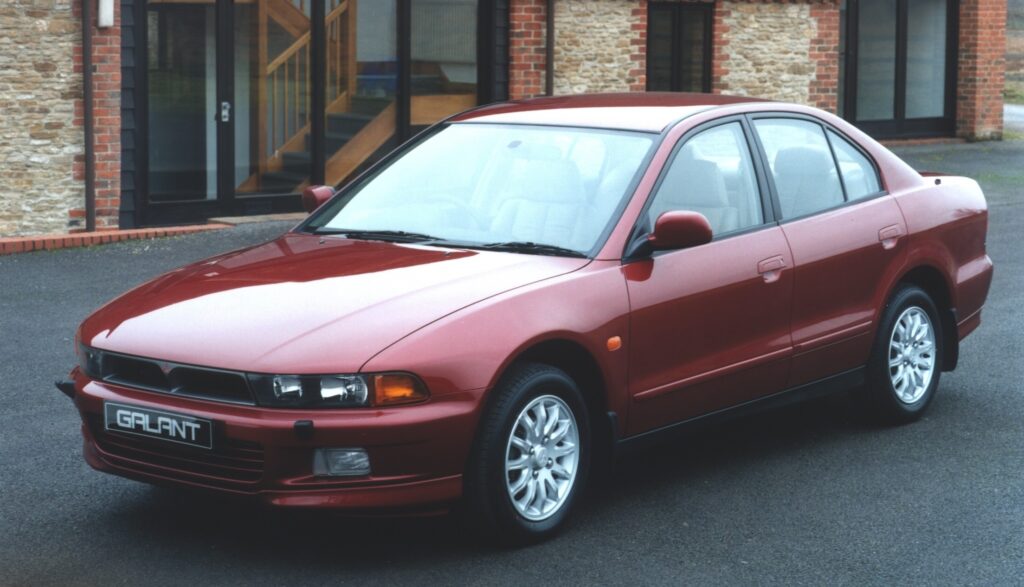 This post comes from a slight position of authority in that we had one. A four-cylinder, 2.0 petrol automatic estate. It was, thanks to the ancient transmission, unforgivably thirsty. That, though, is about the only thing we could fault it on. It was vast in size, and as such served as a bed at a number of weekend car shows. It was comfortable, it was reliable to a fault, it was incredibly well screwed together and while we know this might just be our weird eyes, it was bloody handsome. We love the angry ‘eyes’ and face of the Galant as much now as we did 13 years ago. It still looks good. In fact, it looks better now, because in a sea of generic, ubiquitous automotive design, the Galant has a bit of character. We like that. The lines are hard and deliberate, it’s boxy, but oh so very good. Like a Volvo that’s been to the gym. 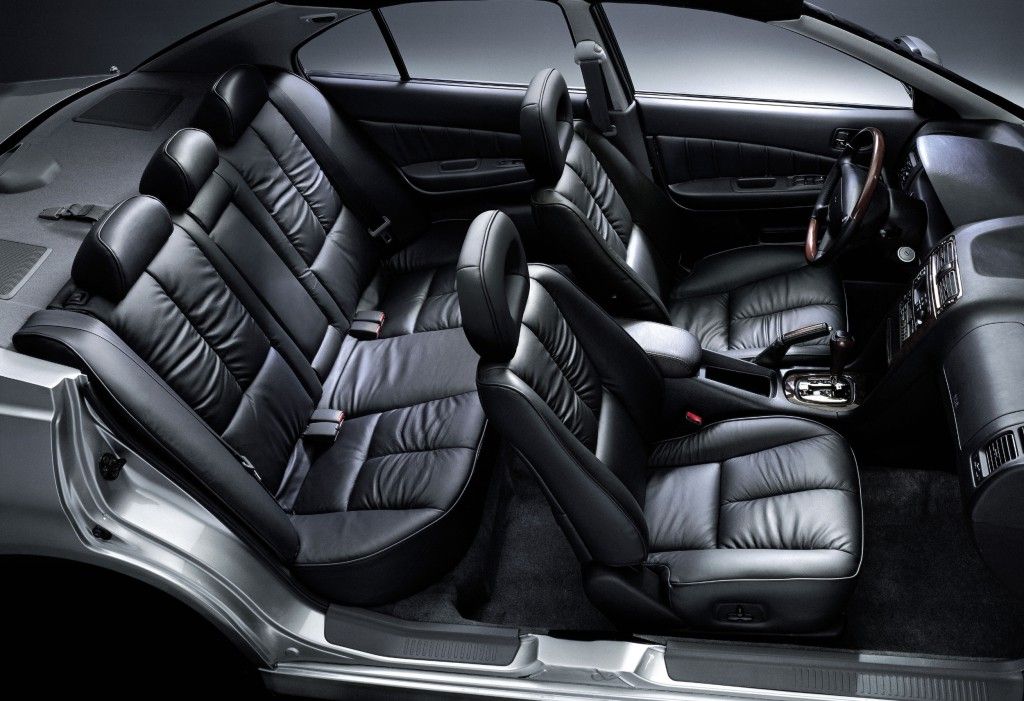 We should point out that we’re talking about the eighth-generation Galant here. The one from the late ’90s through to about ’03. The model before that is good, but there is more chance of you finding the Holy Grail in your sock drawer than finding one for sale. The eighth is a little less rare, like finding a unicorn in your wardrobe, perhaps. Rarity does not equate to value though. When they do come up, they can be had for peanuts. Ours, back in 2007, was £900 They’re not a lot more now. Of course, there is the exception of the Legnum, which is the twin-turbo V6, all-wheel drive angrybastard. They are not cheap. Soz. 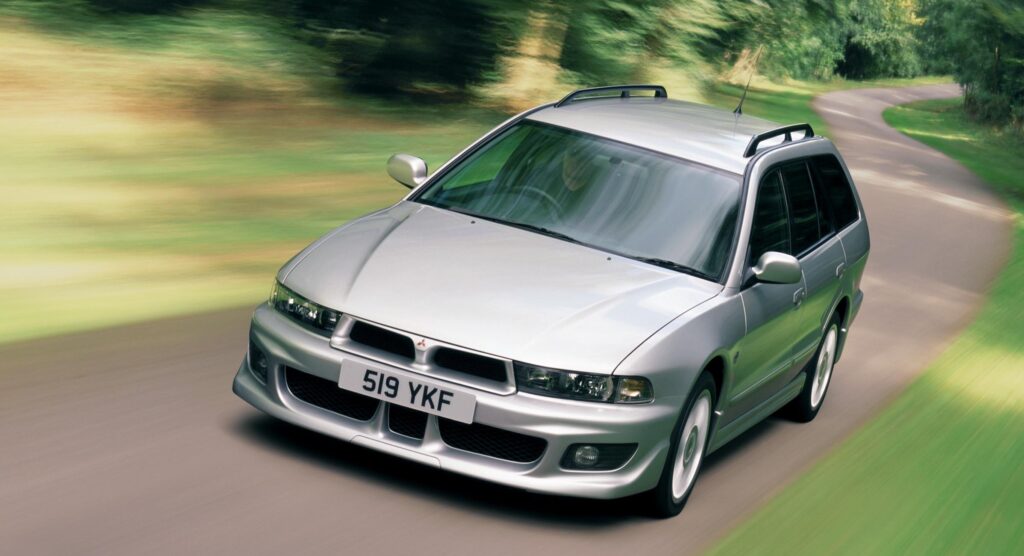 So if you do find one, what will it be? More than likely a 2.0 with about 130bhp. It’s not going to win you any street races, but it’s more than enough to shove the Galant along. ignore the auto though, unless you physically need an auto. It’s atrocious on fuel. The five-speed manual is the way to go. The other option you might be faced with is the 2.5 V6. This is cracking engine. It boasts 160bhp or so and while that’s not masses, it is laden with torque, and that’s no bad thing. Again, go for a manual if possible. Though the MPG drop for the auto isn’t as bad as it is with the 2.0.

The dream spec, given the turbonutterbastard Legnum is very expensive, would be the Sport. You get angrier, sportier bumpers and bigger alloy wheels and the resulting look isn’t too far off that of the Legnum. It’s a bold, balshy design and overall look, but we dig it. The Sport kit combined with those angry, forward-leaning lights makes for a car that will make other driver’s hearts skip a beat when they see it in the rear view. We can get on board with that. 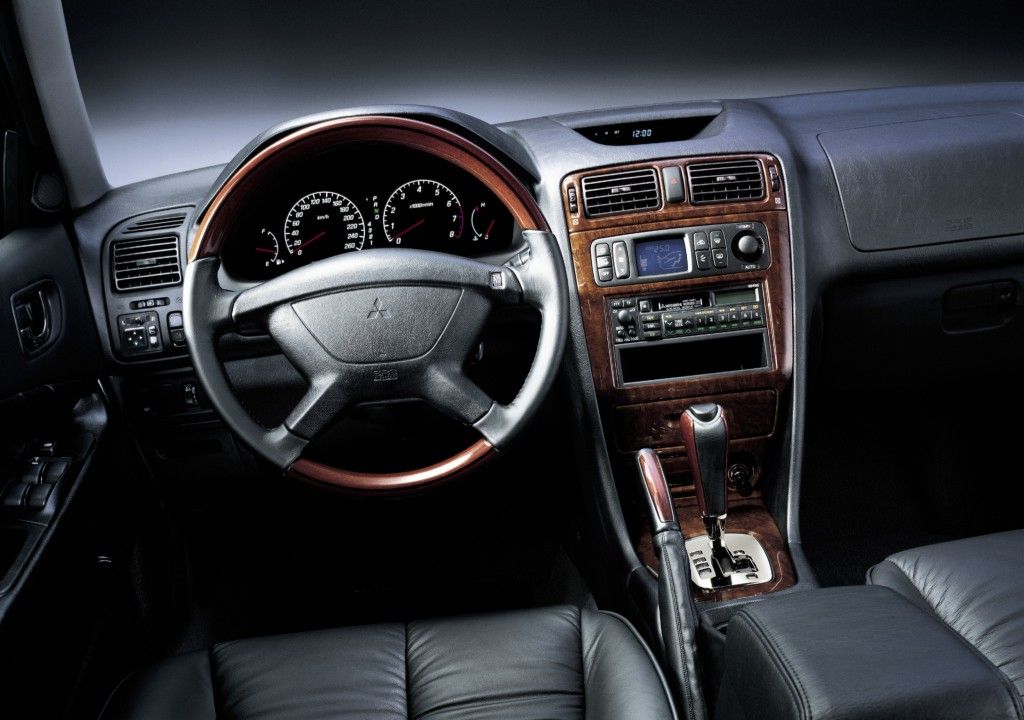 Then there is the choice of body styles. The saloon looks great. Poverty spec models can look a bit silly on their impossibly small wheels, but that’s nothing a quick trip to eBay can’t sort. The saloon is a proper saloon, good proportions and while you do have the impracticalities that come from the design, the boot itself is quite large. You even get 60/40 folding rear seats – on a saloon. Nice. Though despite being good, the estate really is the one to have. You can fit a small village in the boot, and the entry point is nice and low, making it exceptionally accessible. Plus, it’s a good, traditional, square space meaning it can actually be used properly, unlike some modern estates.

In terms of spec, you’ll get power steering, ABS, airbags, remote locking, CD player, air-con on most models and plenty of other kit. The cabin is a nice place to be, well made and sturdy. It’s not as premium as a Beemer or Audi, but the car is not a Beemer or an Audi. It’s a Mitsubishi. The plastics are decent, the seats are comfortable (especially if you can find one with leather) and it’s a spacious place to be. You can fit a family of five in it without too much complaining, put it that way. As for safety, EuroNCAP never crashed one. However, with airbags, the aforementioned ABS and good form from Mitsubishi with its other cars, it’s not going to kill you if you drive it into a tree.

It’s a rare thing these days, the Galant. Rust can be a killer, especially at the back, so do check for that. But other than that, the Galant is a car you should jump at if you see one for sale. Reliable, comfortable, loaded with kit, it’s practical and it looks – to our eyes at least – bloody brilliant. Get a Sport with the kit and the wheels and you’ll be laughing. Plus, you’ll have something rare and special, but for a fraction of the cost of other rare, special things. And who doesn’t want that?