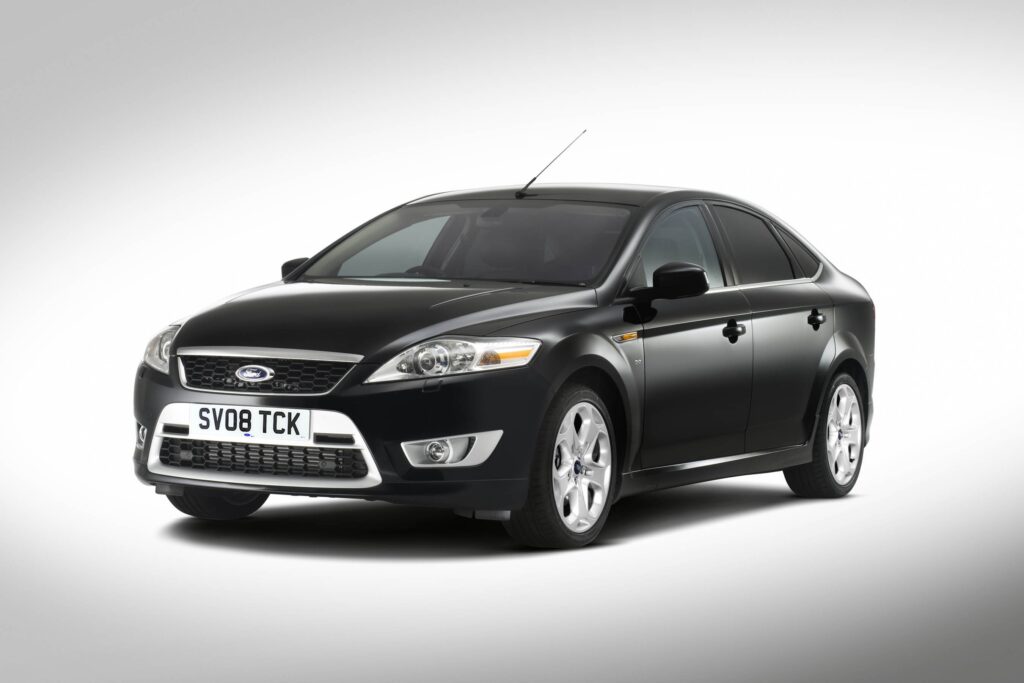 You don’t need us to tell you to buy a Ford Mondeo. It is, and always has been, a cracking machine. Comfortable, spacious and increasingly safe, the Mondeo has always been all things to all men. From the family driver through to the executive, the Mondeo has been able to keenly lean into whatever is asked of it. We like the Mondeo a lot. We’ve had a few, but we’ve never had a Mk4 Mondeo, which is what we’re looking at here. But not just any Mk4. No, we’re looking at the ‘secret’ Mk4. The one people often forget about, despite it being the Mondeo with the most potential. Yes, we’re talking about the 2.5T model. 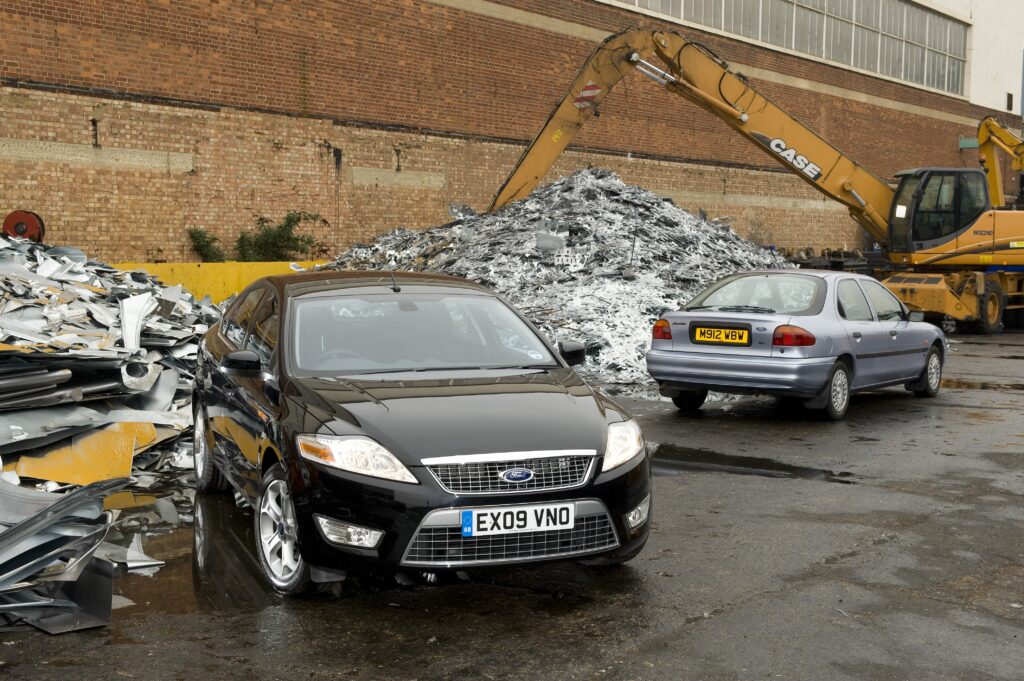 Any Mk4 is a good car. It’s another welcome marker in the Mondeo’s positively correlated lifetime graph. However, despite it being a good car, it didn’t sell well. Ford even put James Bond in it for 2006’s Casino Royale, but it wasn’t enough to keep the Mondeo at the top of the sales charts. 2007 was the dawn of the SUV, and that’s what people were buying, not large ‘traditional’ family cars. And why they were, they were buying the Insignia, for some baffling reason. Anyway, we digress.

The Mondeo was available in a baffling number of specifications, as was Ford’s wont. However, while a diesel is a solid family hauler and a medium petrol is also adequate, that’s not what we’re looking at here. No, we’re looking at the Q version. The beastly one. The 2.5, five-cylinder turbocharged model. You know, the one with a Focus ST/RS engine (give or take) and 220bhp from the factory. This model is hidden gem, a performance highlight and a car that packs a lot of potential. Which we’ll get to shortly. 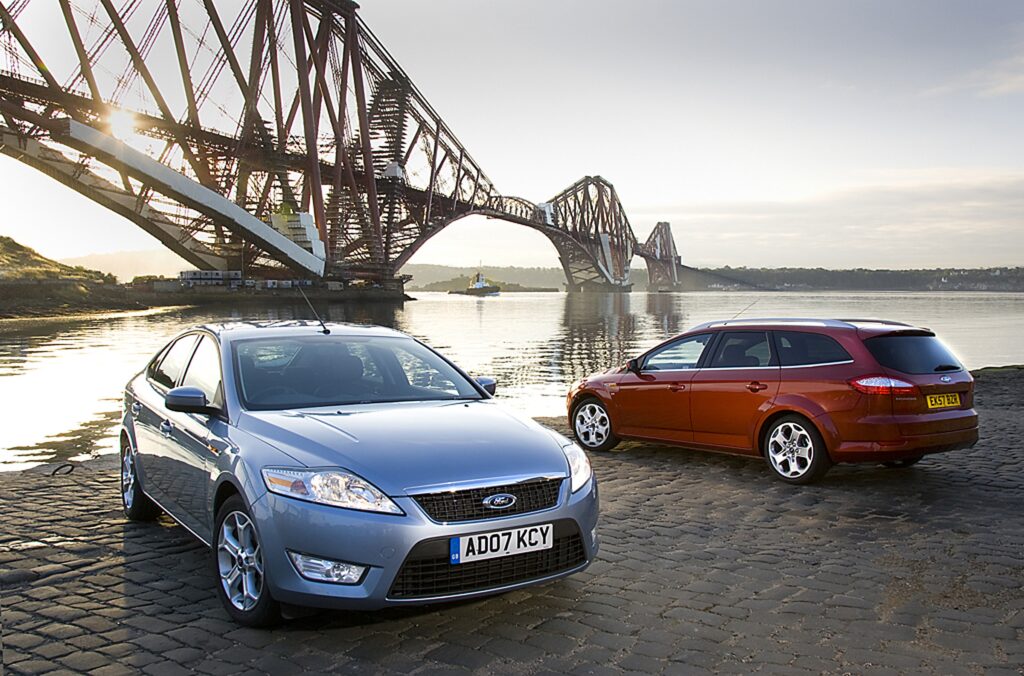 With the Mk4 Mondeo, we weren’t given an ST option as we were before. Instead, we were given a performance ‘easter egg’ in the guise of the 2.5t version. Typically ordered in Titanium X specification, there was nothing shouty or sporty in its appearance. It looked good, of course, but it wasn’t as obvious as the ST220 and ST TDCi before it. However, sales staff would be keen to point out the ties to the Focus ST to potential buyers. It was, after all, a point well worth dropping in. Furthermore, the engine wasn’t from Ford. It was a Volvo unit, which was no bad thing. The five-cylinder unit was an evolution of years of Volvo development, what with the Swedes having something of a warm trouser area when it came to that extra cylinder. It was and still is a refined, tuneful, soulful engine that packs ample torque (236lb ft in the case of the Mondeo) and bags of power. mated up to a six-speed manual transmission, all that power was accessible, and as such, any car lucky enough to have one under its bonnet was an event to drive.

Look at the Focus ST. Yes, there was the ST170 version of the Mk1, but the Mk2 ST Focus was a car that brought back the performance Ford. It was the rebirth of Ford’s exciting side, and at its heart was the Volvo five-pot, albeit with a bit more power. And this engine was also at the heart of the Focus RS, another hot hatch legend and one that still makes grown men wobble today, over a decade after its launch. The Volvo five-pot with a splash of forced induction is an engine that rightly has a place in the automotive hall of fame. 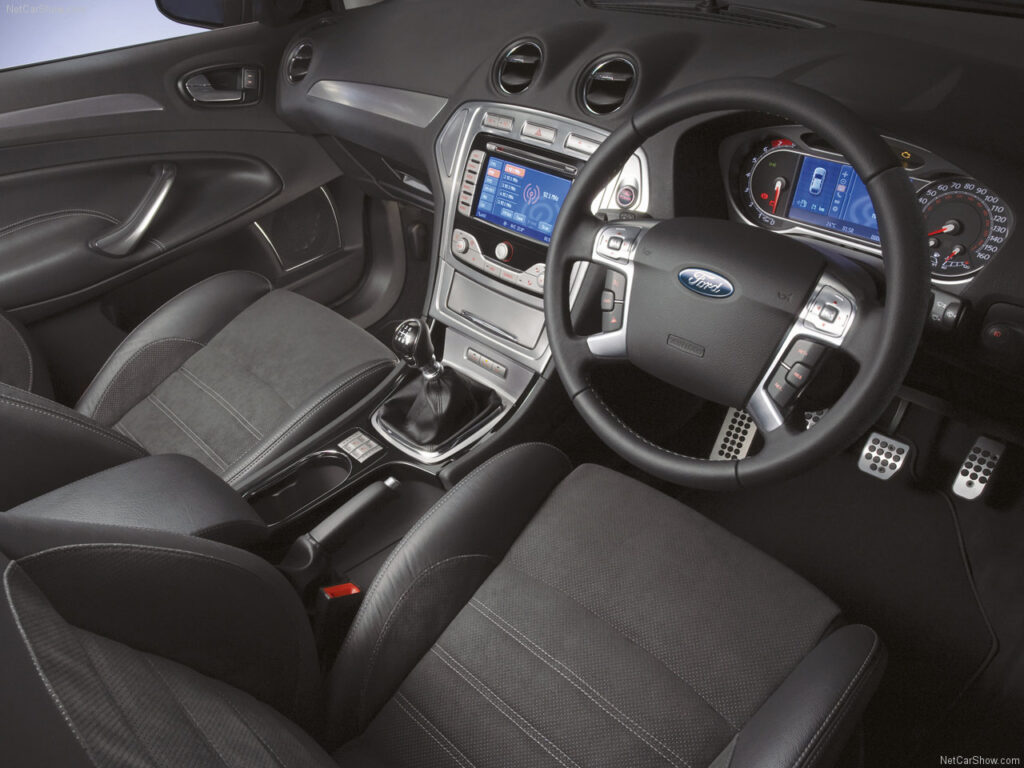 Now, you could just go out and buy a Titanium X Mondeo with the 2.5t and call it a day. And why not? It’s a handsome car, it’s dripping in kit, it’s outrageously comfortable, in hatch and estate guise it’s endlessly practical and thanks to being full of airbags and clever metals and all that, it’s safe as houses. It is, fuel consumption aside, the perfect car. And in stock trim, it’s a 152mph, 7.5s to 62mph machine. Buy one, look after it and you’ll be set for many miles of happy motoring. But why stop there? 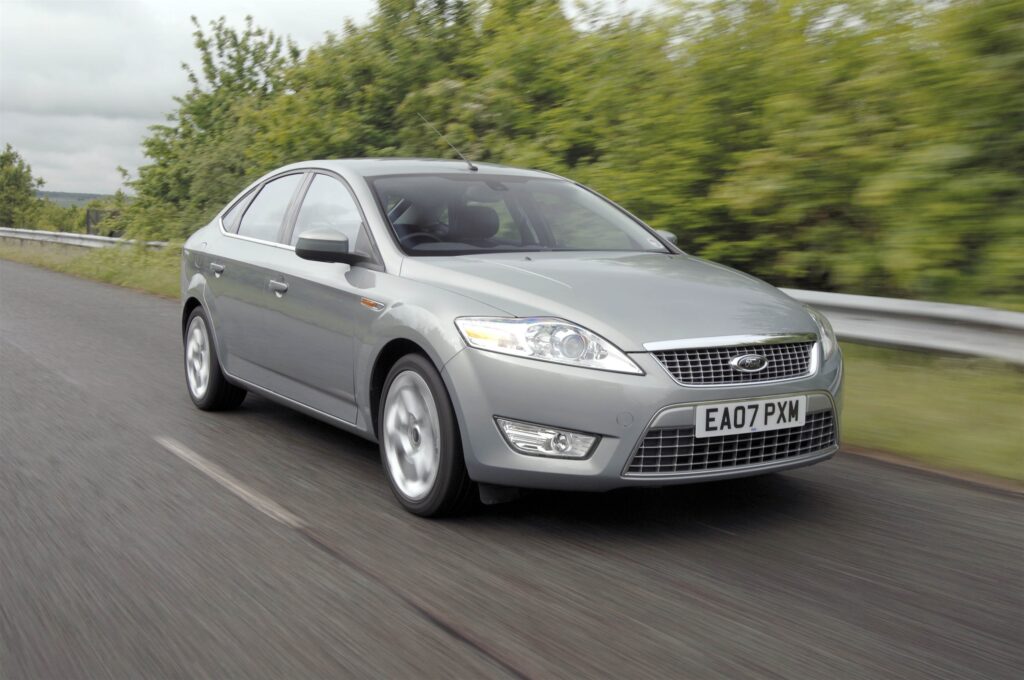 If you want a mega Mondeo, you can have one. This model of Mondeo has the Focus ST in its corner, and also the RS. Cars that have been ground zero for contemporary car modification. Trust us, Pollitt used to be the Editor of Performance Ford Magazine, as such, we’ve seen our fair share of modified Foci. And the modification options are endless. Bigger turbos, better intercoolers, new injectors, mapping, exhausts, manifolds, intakes, the list goes on. You want to build yourself a 400bhp Mondeo? You can. The only thing stopping yo is your imagination, and, um, your wallet. It won’t be cheap. But so what. You can have all the power, speed and POPBANGSTAPSNAPBANGBANG launch control silliness of the ST/RS crowd, but without the need to live in a cloud of vape smoke. Nor will you need to change your name to Gary. Yes, Clive, YOU can have a powerhouse of a Mondeo.

We like this car in this spec as it is. However, we love it even more because of the potential it holds. We’ve seen – in our PF days – 2.5t Mondeos running 350bhp. It’s not chat, it’s doable. And imagine what an utter riot that would be to own? Do it. Do it for us. Let us live vicariously.