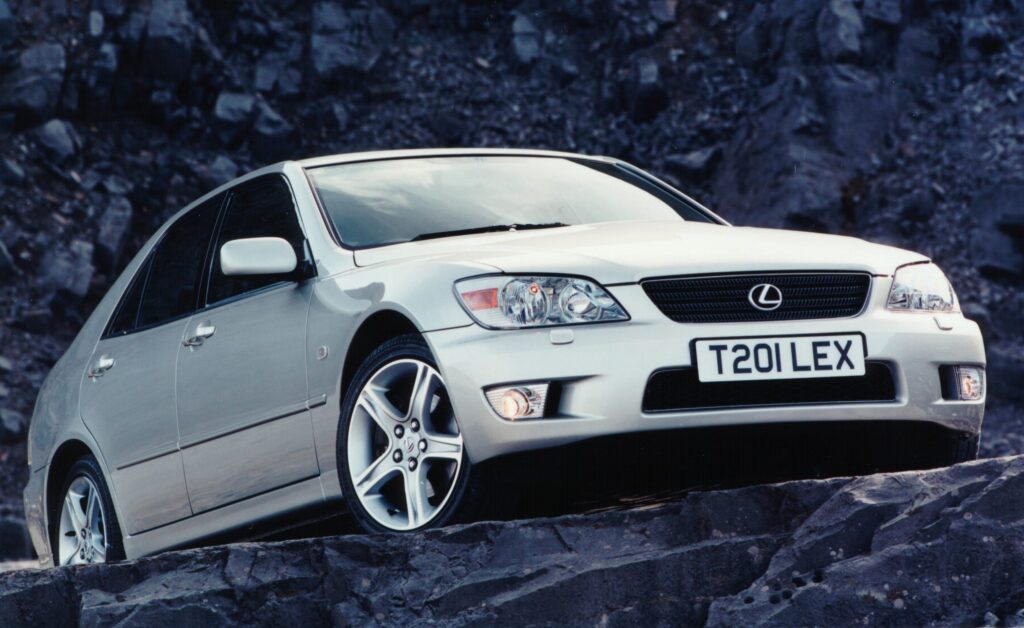 We all like the finer things in life, especially if they’re normally out of reach. You know, a bit of a treat, a bit of unexpected posh (as in something nice, not the Spice Girl). Yes indeedy, when one doesn’t have money falling from one’s bottom, it’s nice to get a treat every now and then. Those designer trainers in a sale, a bit of steak at the supermarket with a yellow sticker on it, four-ply toilet paper, we love it all. And this of course translates into the automotive world. Ever felt flush and filled the car up with 99 RON? You feel like a baller, right? Whatever a baller is. Imagine then, how you’d feel if you got to slide behind the steering wheel of a Lexus on the daily. That would be nice. Very nice indeed.

And that leads us neatly onto the boxy-but-good original IS200. It’s an old machine now, having been launched in the late ’90s, and as such is finding an appreciative following in the modern classic world. Soon prices will climb, as all the nice cars are being snapped up. If you want one, you need to strike soon. And strike you should, because the IS200 was and still is a truly excellent car. It’s a Lexus after all. And while it was the reserve of those pesky driftybois recently, they all seem to have gone back to leggy E46s, meaning the IS200 is shaking off the boy racer image. Now, it’s an understated modern classic that will look the part on your driveway, and that will raise a smile every time you get into it. 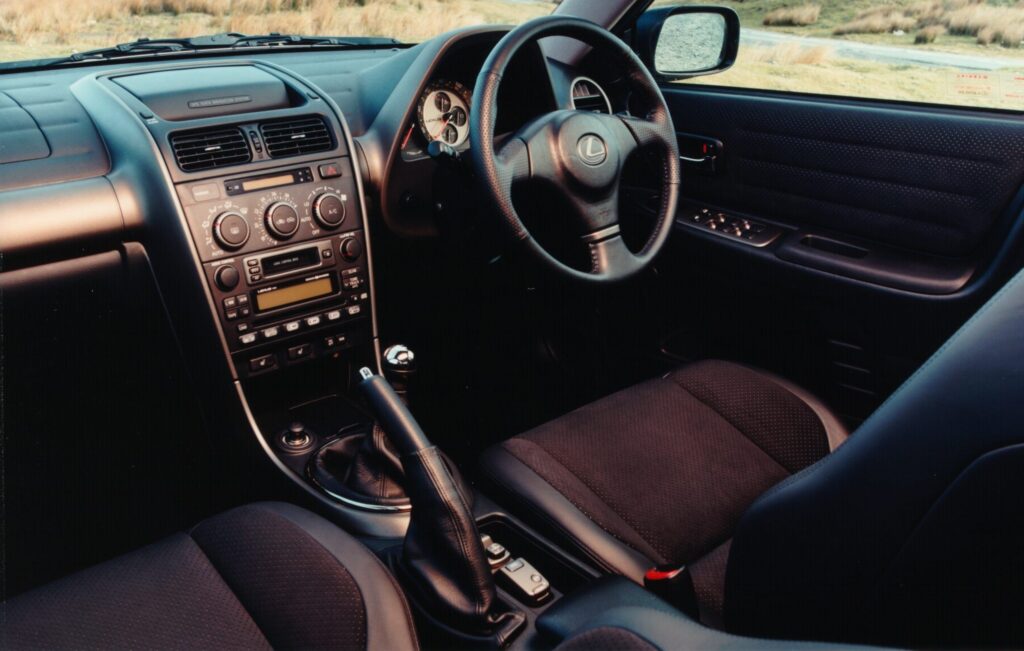 The IS200 is actually a Toyota, namely an Altezza, which was a JDM product. This is of course no bad thing. Toyota is good at screwing cars together. It was launched initially in 1998 as the Altezza, before being reworked slightly and offered as the IS200 in 1999. The goal for Lexus was to offer a smaller, more sporting model underneath the ES and the LS – a car that would, in Europe at least, take the fight to the BMW E46. A bold move, but Lexus did a damn good job. 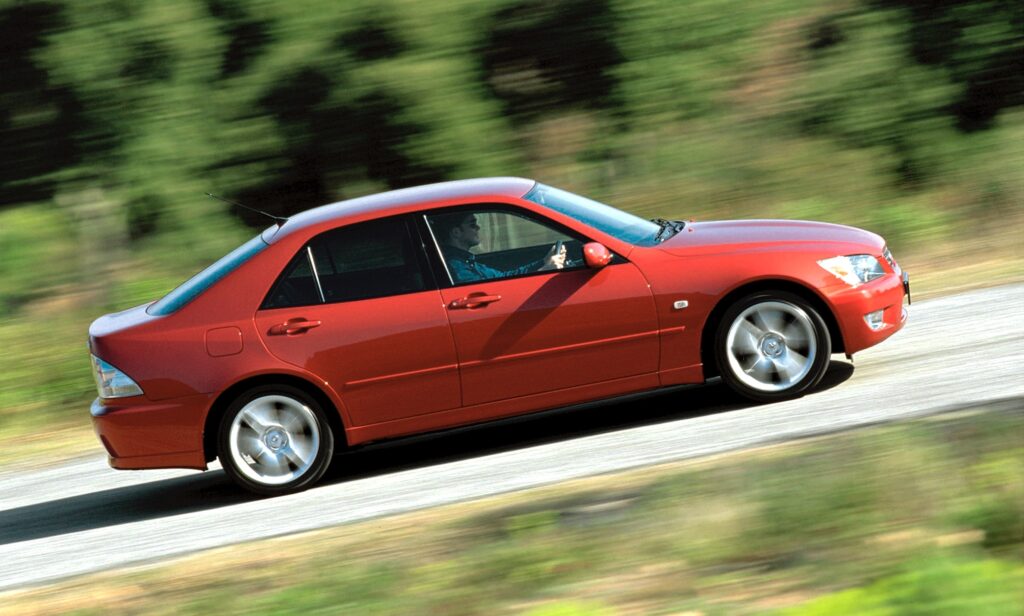 Slip into an IS200 today and while the interior can be, for some, a bit in your face, there is no denying how well it is built. In fact, the whole car is built exceptionally well. Find one that hasn’t been to the moon and back and you’ll be impressed, we promise. The interior is well appointed, with a CD player (check it works though, especially the six-disc changer), comfortable seats, height adjustable steering and electric… well… everything. Some have leather, but the cloth isn’t to be looked down on if in good condition. There’s plenty of space in the IS200, the driving position is excellent and sporty given you sit quite low in the car. Visibility is good. And while they won’t want to be in there for drive from Stafford to Scotland, you can fit two adults in the back easily.

Outside, the IS200 clever in its design. It’s actually smaller than an E46 BMW but looks bigger thanks to bold lines and generous proportions. It’s a well-balanced thing to look at. There is nothing that looks wrong or out of place. It looks like the result of some real thought. Okay, it’s not the most dynamic design, but it’s not dull, either. And you get Lexus lights as standard, because it’s a Lexus (the IS200 is ground zero for the ‘Lexus light’ fad that swept the pages of Redline in the early ’00s). It’s a boxy, but stocky machine that looks purposeful and a bit mean. We like that. 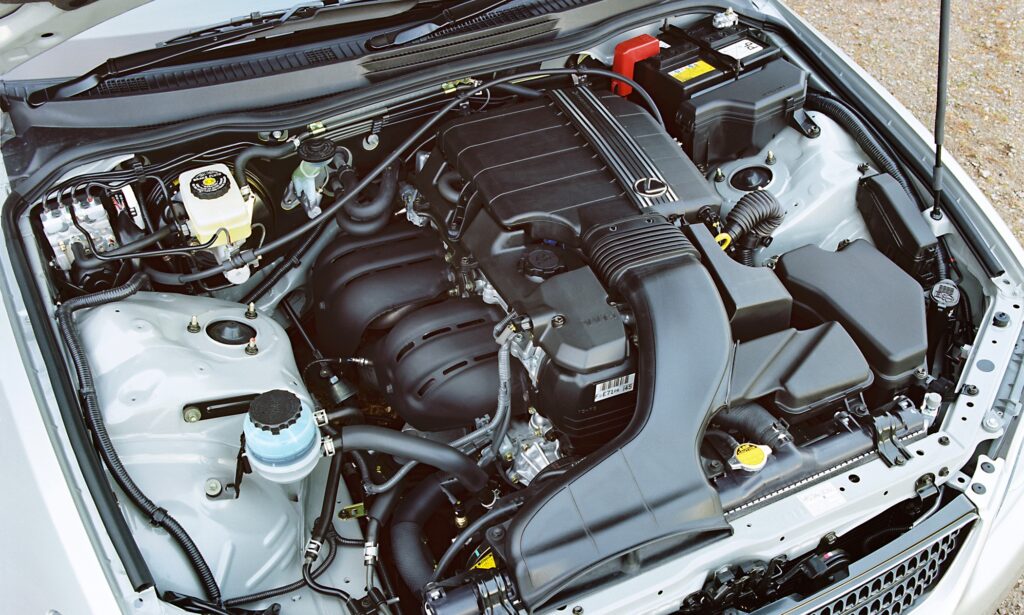 Then of course, there is the engine. The IS200 was offered with a 3.0 later in its life, but here we’re focusing on the 2.0 1G-FE inline-six unit. A glorious engine with 24 valves, fuel injection, variable valve timing lots of soul and near bulletproof reliability. If looked after, of course. You want to be looking for a car with plenty of history – they are out there at this price, so if the seller says there is none, walk away. You want history, you want to see the spark plugs being changed at 100k, you want decent oil and you want a car that is free from untoward noises and rattles. Get that, and you’ll have 153bhp of fun being sent to the rear wheels via a snappy six-speed manual transmission.

On the road, the IS200 is no E46, but it’s not far off. The suspension is firm but not jarring, the power delivery is excellent and as such the chassis is compliant and easy to build confidence in. The steering is well weighted, and the brakes are ample for the mass off the IS200. It’s a fun, sharp, involving car to drive. There is a bit more road and cabin noise owing to the fact this is a sporty model, but it’s not intrusive. You will love driving it, trust us. 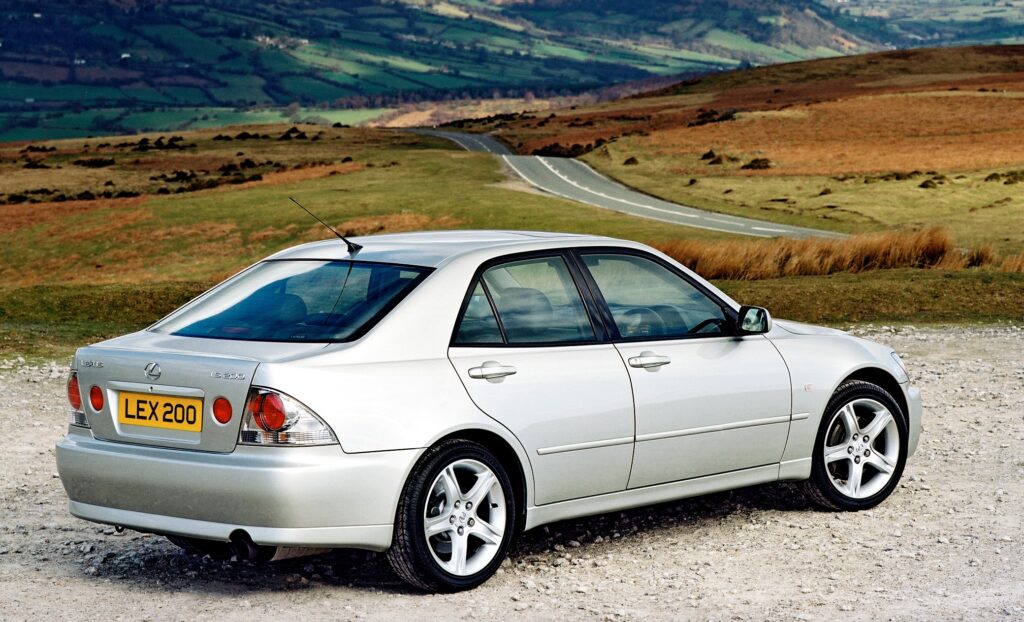 As for buying one, you’ll get more bang for your buck. Your two grand will get something with good history, fewer than 100,000 miles and in the kind of condition you can be proud of. The IS200 was bought, usually, by sensible types and as such, most have avoided being flogged to death. Those that have are mostly in scrap yards. Look for corrosion, as it can be an issue, and look for leaks into the boot and from the front screen – both common issues best avoided. Also, the IS200 can be prone to terminal clutch judder – a new clutch can lessen it.

Yep, if you want some sporty luxury on a budget, you can’t go far wrong with an IS200. Good history, reasonable mileage and no modifications – you’ll be set.