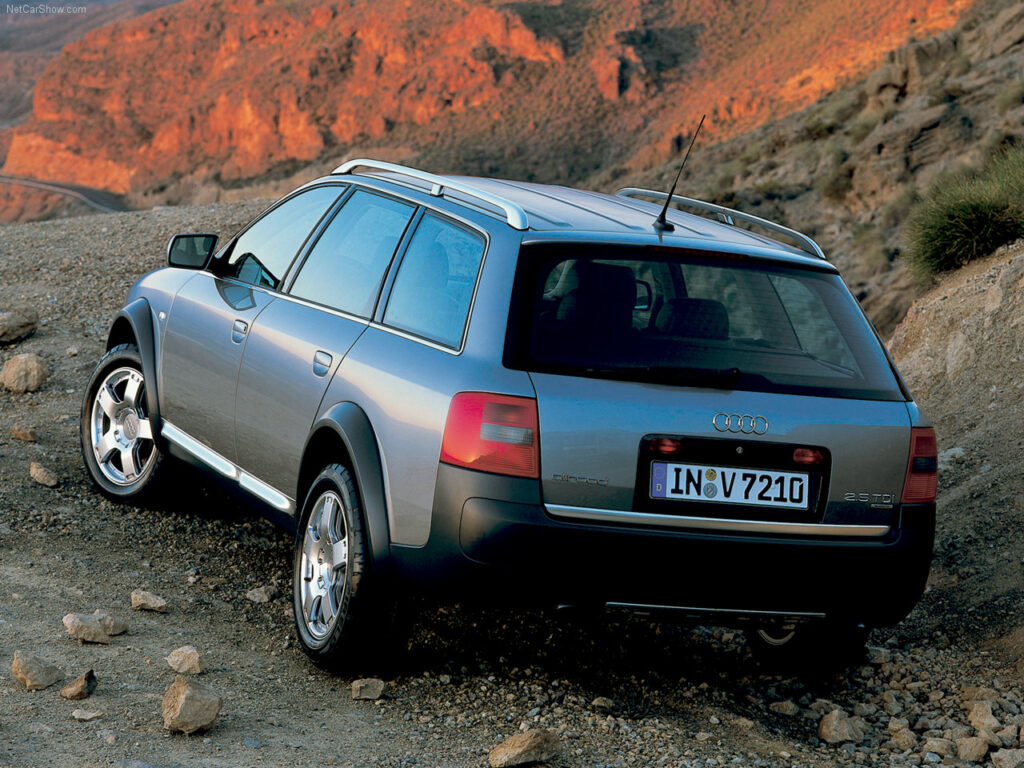 The modern day Audi A6 Allroad is a confused beast. It looks like it doesn’t really know what it is, or what it’s trying to do. It has the flared arches and so on, and it’s packing Quattro tech, but it looks too low. Like it’s trying to keep its hand in being sporty, for some weird reason. The original Audi Allroad, however, does not look confused. Instead, it looks like a rough and ready Audi A6 that has been down to the gym and can now bend girders with its bare hands. It wears the Allroad name with purpose. And we like that. Is it a full-on, mud plugging off-roader? Of course not. But if you need to tow anything, or if you find yourself going off the beaten path more than most, it’s pretty much perfect. It’s capable, it’s rugged and it works.

We’re looking here at the OG Allroad, the one from 1999 through to 2005. Mainly because later ones are still rather expensive, but also because the original is the best. We also looking at just one engine, namely the 2.5 TDI. There was a 2.7 petrol, but they’re hard to find and a bit fragile, and while there was a 4.2 V8 it’s rare, expensive and was only generally bought by lunatics. The 2.5 is the one you’re going to find in the classifieds, so it’s the one to focus on. Plus, it honestly is the best engine that this initial version of the Allroad had.

The Allroad was also a car with a bit of substance. And there is a lot to be said for that. A lot of modern offerings speak of substance, but actually lack anything of the kind. This one really could so what it said on the tin. I really could tackle all roads. It might not have won every time, but it came a damn sight closer than any other so say ‘off road’ car. In fact, the Allroad was the only car to be able to take on the Land Rover test course. A record that stood for some time. Proof then, that if you want a tough, versatile, go most places kind of car, this is it. 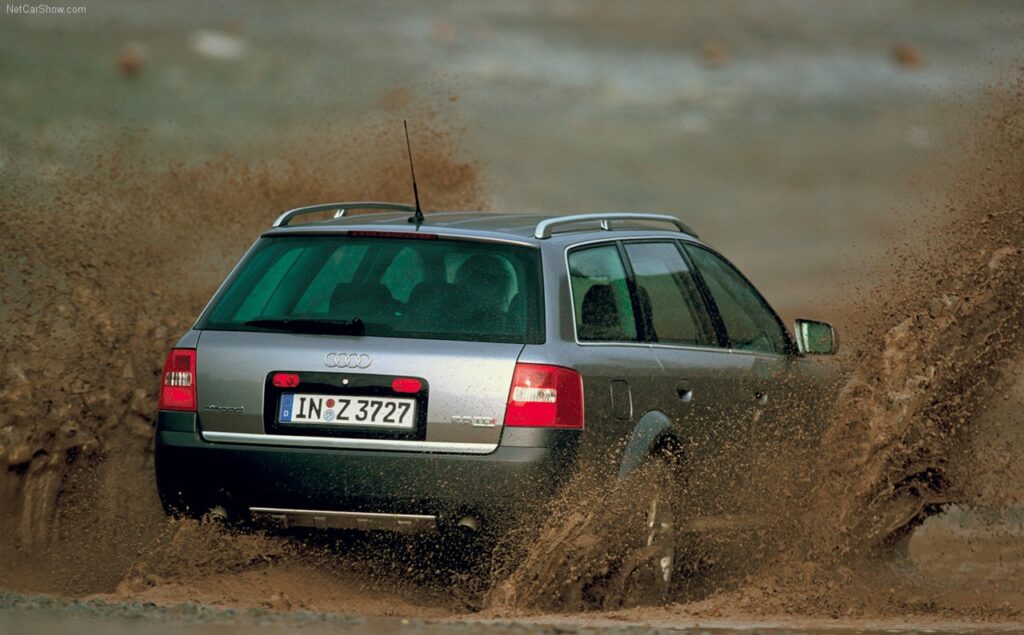 Let’s talk about the important stuff then. The kit that makes the Allroad an Allroad. There’s the 2.5TDI engine, of course. It kicks out around 180bhp and 270lb ft, which is a nice chunk of power. Though this dip drop slightly for the 2003-onwards version, which had 160bhp and  Good for towing stuff, too. Not massive stuff. But a caravan, a big trailer, the stuff normal people two – you’re covered. Then there is the transmission. At this money, you’re going to be buying an automatic. In fact, at any price point you’re going to be buying an automatic (there was a manual, but only three people bought it). And it’s a good automatic. A five-speed Tiptronic with a low-range function, which is rather handy. And of course, this all feeds into a full-time four wheel-drive Trosen-based Quattro system capable of varying the split of power. Handy when you’re up to your hubs in mud.

Finally, there’s the suspension. The Allroad boasts an air system, which can lift the car to have eight inches of clearance (Clarence) for the rough stuff, or six for normal roads. The system is tough, it’s clever and it’s incredibly comfortable. Yes, you get some extra roll through the bends compared to a normal A6. But a normal A6 can’t drive through a field, so give and take. The only thing to be aware of is the wiring connection for the air suspension, as this can weaken over time and fail. But it’s not a terribly expensive thing to fix. 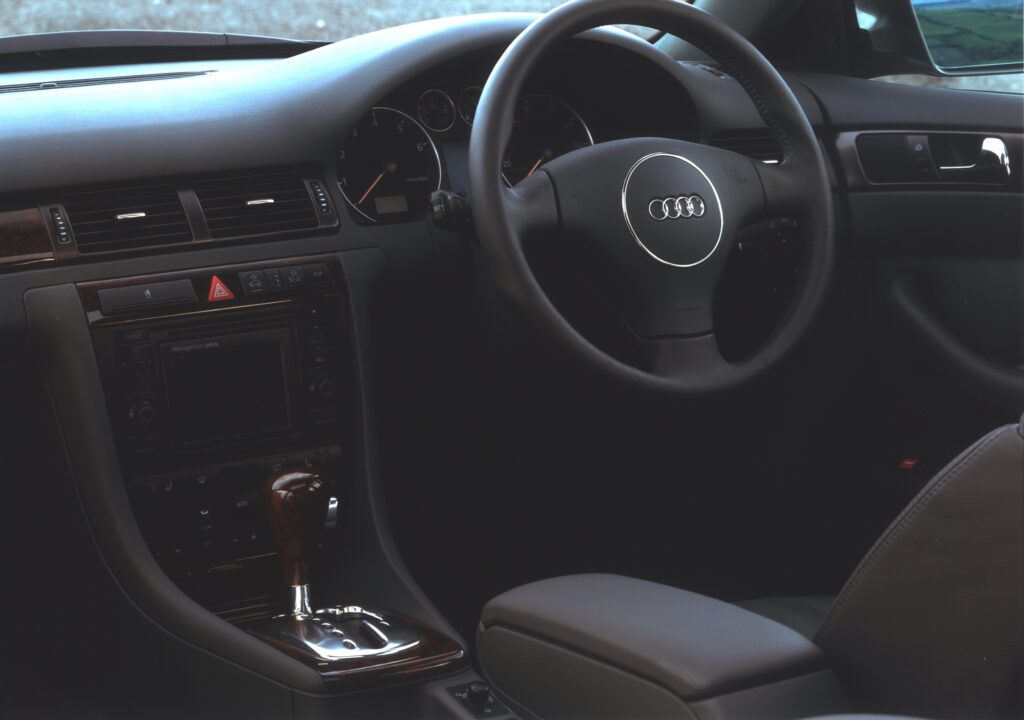 As for the rest of the car, it’s normal Audi A6 stuff. It’s an inoffensive, straightforward design. The estate, sorry, Avant lines are flattering, there is loads of space inside and it’s built really well. Of course, you need to look out for heavy abuse or damage, but on the whole it’s a well built car that, if looked after, will last forever. Even if there are interior issues, there are myriad breakers out there willing to sell you parts.

Externally, you get the big alloys that should be on matching, suitably chunky rubber. You get the unpainted, plastic bumpers and arch extensions that serve to give the Allroad its overall rugged aesthetic. Watch out for any Allroad that has been battered. While they can take it, this isn’t a car that suits looking rough. It’s not a Land Rover. Plus, if someone has let one fall into visual ruin, what have they ignored mechanically? the odd battle scar is to be expected, but if panels don’t line up, walk away. There are plenty out there to buy. 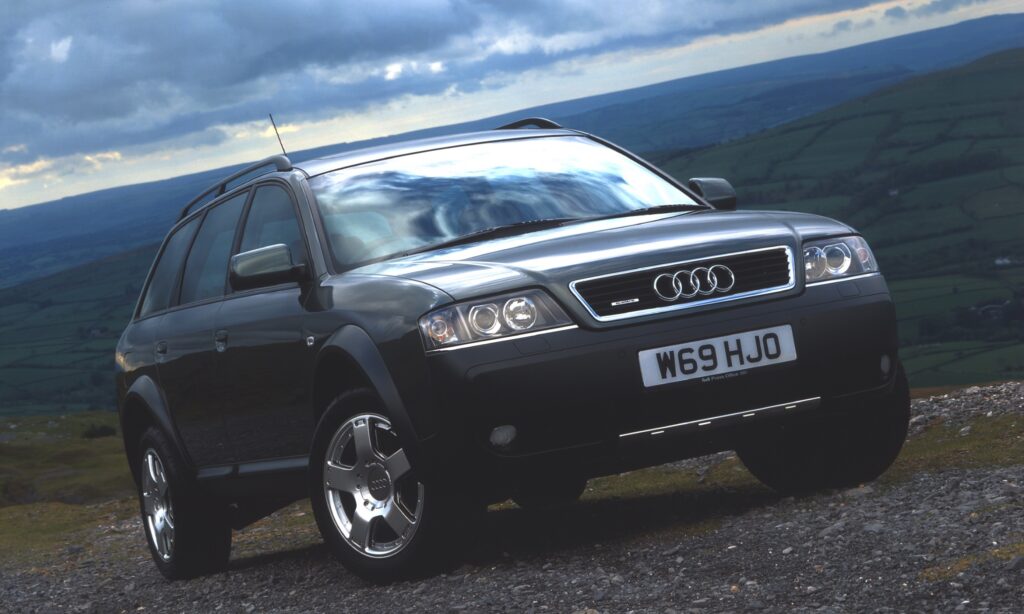 Should you buy one? If you want an estate that has a bit of something extra, but without sacrificing all its ‘carness’ then yes, absolutely. The original Allroad was high point for Audi. The brand was ahead of the curve in terms of what we wanted, and as such, the Allroad was a hit. They were built incredibly well, they’re tough and they’re usually owned by the sort of people who look after their cars. As such, finding one with solid service history and that’s in great condition won’t be hard. Buy one, service and maintain it as it should be and this could well be the last car you ever need. It’s handsome, capable and reliable. And who doesn’t want a bit of that?