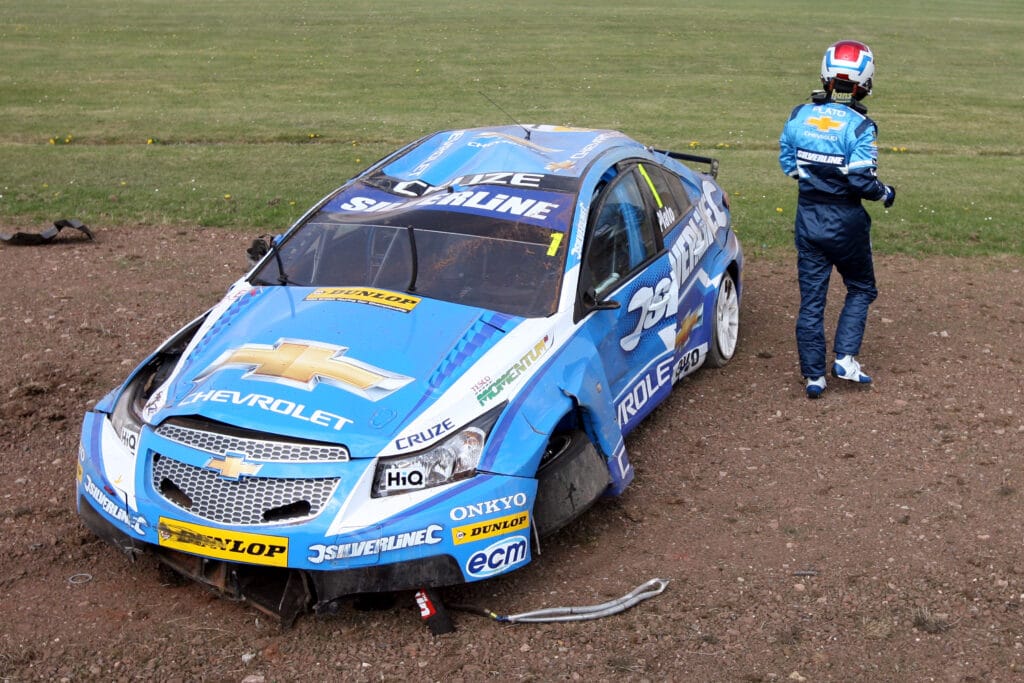 The Chevrolet Cruze is a curious machine. It’s, in name at least, American. Yet it is not bought by people who have a fake jukeboxes and Garth Brooks CDs. The Dodge Caliber is, and so too is the Chrysler Crossfire. Both cars that are, frankly, utterly hateful. The Cruze is not though. In fact, it’s not anything. The Cruze doesn’t stir the soul, nor does it enrage it. The Cruze isn’t noticed, nor do eyes go out of their way to ignore it. It’s just a car. A thing. It’s just there. The Chevrolet Cruze was bought by people who needed a car and the Chevrolet dealership happened to be the closest. It’s a mobility solution. 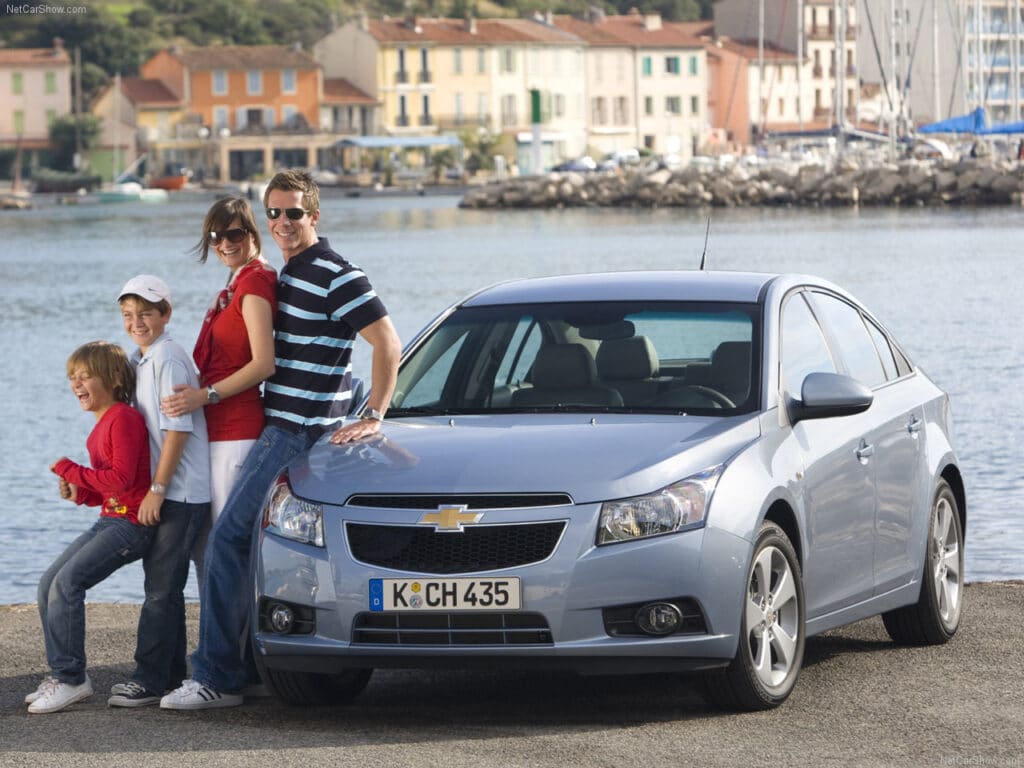 For an all to brief moment, the Cruze did have some image thanks to being a car entered into the British Touring Car Championship. And it was pretty good actually. With Jason Potato behind the wheel it won the championship in 2010 and came third in 2011. Impressive, considering Jase spent a lot of time crashing. But there you go, it turns out the engineers employed at the time could screw some serious performance out of the Cruz (it ran a 2.0 naturally-aspirated engine) and get good results. However, Chevrolet pulled out of the BTCC for 2012 and so that was that (it did come back under privateer teams in 2013, but was deeply uncompetitive against the NGTC pack). With Jason Pronto sliding behind the wheel of an MG, and Chevrolet focusing on WTC efforts, the Cruz fell out of the UK market’s focus. The BTCC was the most exciting thing to ever happen to it here. Without it, the Cruze was, as we mentioned earlier, just a car. Not a good one. Not a bad one. Just… a car. 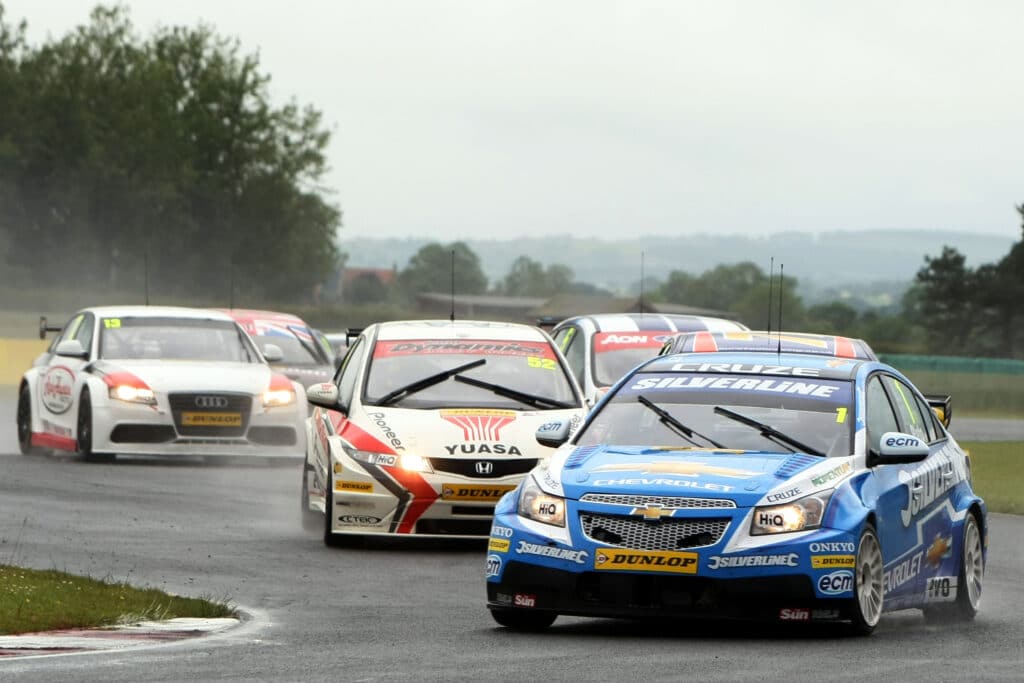 This is a good thing though. The anonymity of the Cruze served to make it a bit of a hidden gem. It was never a car to find itself on anyone’s ‘top five’ list. But for those who did, for some reason, end up with one, they were usually happy. It was bought by people who cared not about cars. Just people who needed one. And when they found a Cruze on their drive, which was and still is a decent, well made, reasonably reliable car, they would look after it. A Focus or a Golf of the same vintage will have led a harder life than that of a Cruze. Ridden hard and put away wet, the Focus and Golf take a kicking and then get cast aside for a newer model. Cars like the Cruze don’t suffer that fate though. Instead, they’re loved and looked after by their owners, because they deem that to be the sensible thing to do. 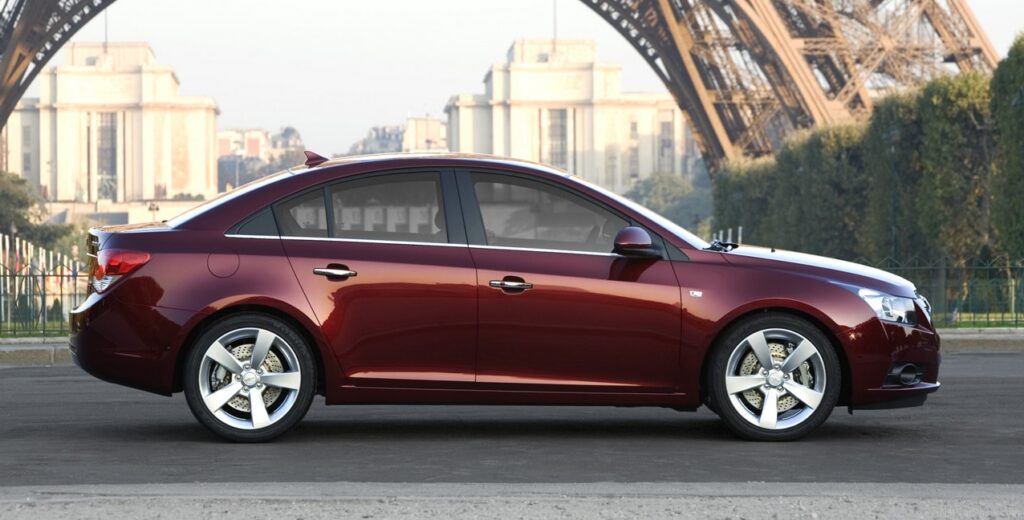 So what do you get? The Chevrolet Cruze was offered with a bewildering choice of engines over its lifetime. However, at this price point you’re going to be looking at either the 1.6 four-banger with 122bhp or the 2.0VCDi with 148bhp. There was a 1.8 petrol, and there was a more powerful 2.0 diesel, but they’re a rare find. The 1.6 is a decent enough unit if you’re looking for a solid all-rounder, and it’ll shunt the Chevy to 62 in 11.6 seconds. The diesel offers 50mpg plus economy, but only just. And given the 1.6 does 41mpg on a combined cycle, you’ll have to think hard if you really do want a diesel. It’s not the most refined unit, and as such, out money would go on the 1.6. As for the transmission, you get a six-speed manual across the board which, like the car it’s fitted to, is adequate. It’s not snappy or sharp, but it does the job.

On the road, the chassis is actually rather good – they made a race version of it after all, and a good one at that. The body roll is minimal, and the car has plenty of poise and agility. The steering is a bit numb, but it goes where you point it without too much fight, and it turns in well. Are you going to be sliding through Paddock at 120mph? No. But you will be happy with the way the Cruze drives. It might not be a Focus or a 1 Series, but it’s perfectly acceptable all the same. 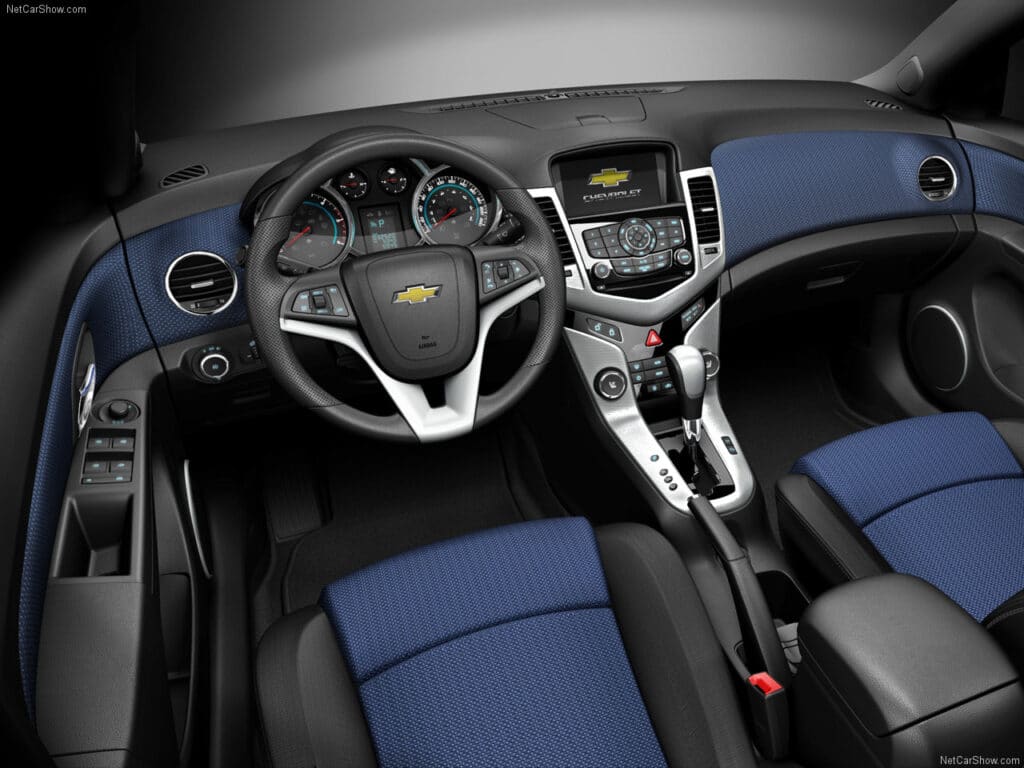 Inside, the Cruze is a nice place to be. You get blue-lit dials, a dash that’s swathed in fabric, comfortable seats with lots of adjustment (and also a height and reach adjustable steering wheel). There’s a bit of design at play here, too, with sweeping lines and a funky centre console. You get climate on most models bar the very base spec, CD, electric windows, power steering and so on. It doesn’t feel cheap, tacky or in any way sub standard, which is nice. It’s also spacious and will seat four adults with relative ease. As for practicality, well, if you buy a saloon you’re going to be annoyed, because the boot is small. However, it’s a bit better in the hatch, though nowhere near as vast as that of a Golf or Focus. However, for the weekly shop, both are fine. We could live with the saloon, as we think it’s the better looking car. But then, we have a weird obsession with saloons, so maybe ignore us and buy the hatch.

Finally, there is the matter of safety. Happily, the Cruze has some of that. Throw it at a wall as if it were some sort of wheeled lawn dart and you should be okay, EuroNCAP gave it the full five stars. They also gave it high marks for kid safety, and passenger safety. You get stability control as standard, traction control, ABS, brake assist, six airbags and Isofix. Don’t crash it into a wall though. That would be silly. Just know that you’re safe if you do. 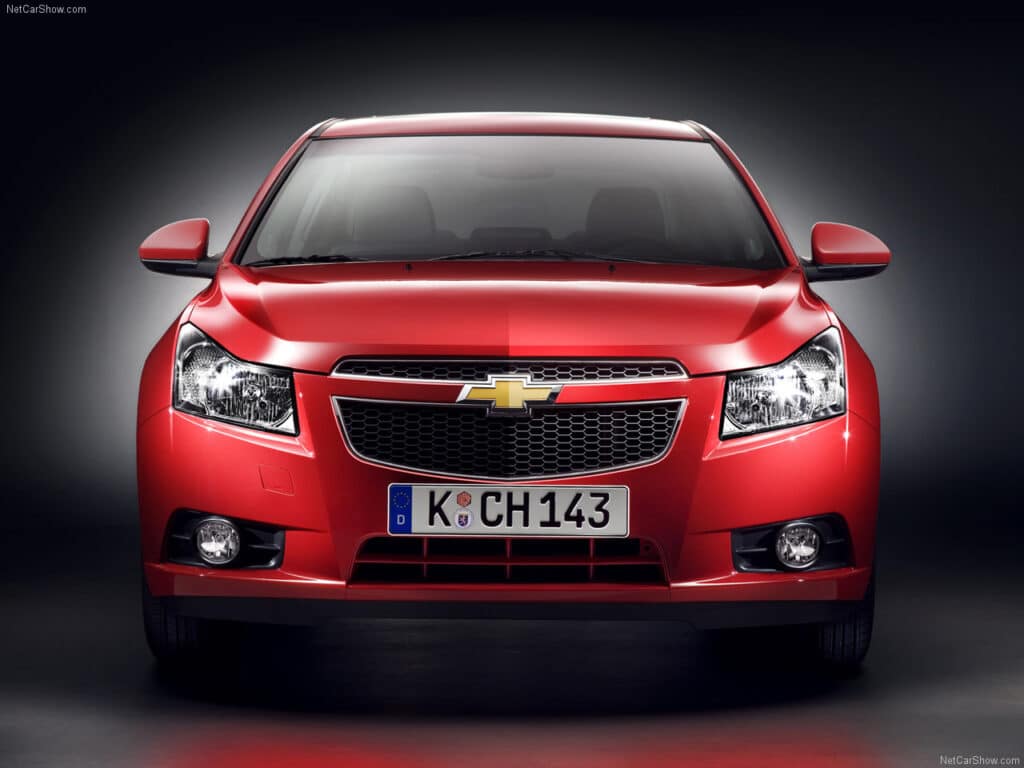 We like the Cruze. It’s a bit of a dark horse. The kind of car you completely forget ever existed, but are glad of when you do remember. It’s not the most dynamic, the most exciting, the most thrilling or the most engaging to drive. It doesn’t push the envelope in any way. But in doing so, by playing safe, it has done everything it should to a high standard. It’s not trying to be the next big thing, it’s just trying to be a good car, and it succeeds. For a couple of grand, you really can’t get much better. Just don’t let Jason Plato borrow it. 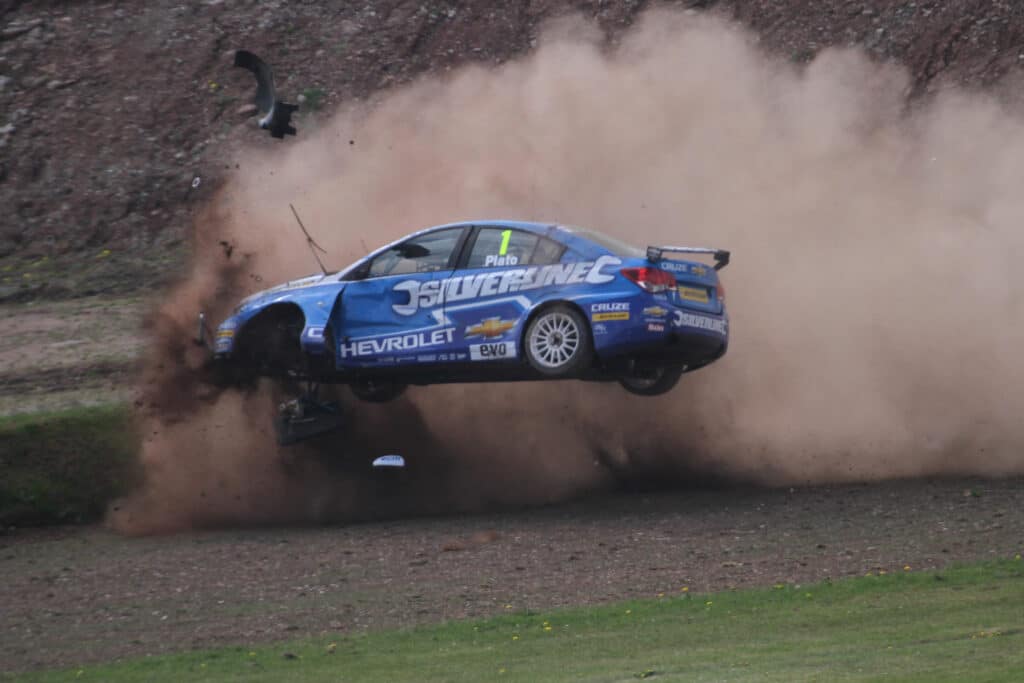