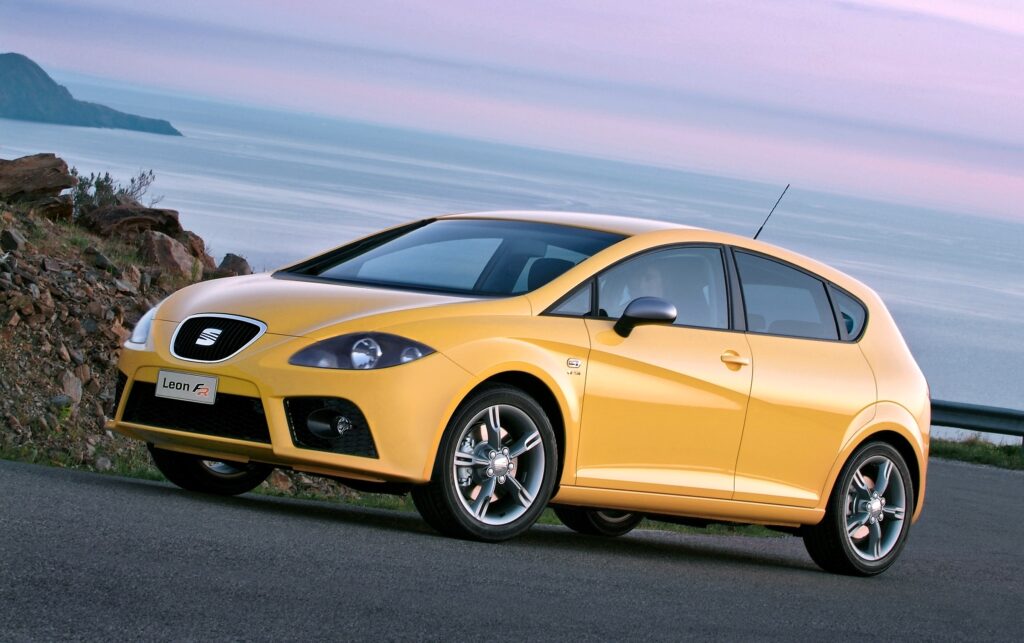 Pull up a Seat. We want to talk about the Leon FR. Seat. It’s made by Seat, so pull up a… never mind. We thought it was clever. Anyway, yes, the car. This is the Seat Leon FR, which is a hot hatch from Spain. A nation you might not associate with hot hatches. But you probably should, because Seat has long been owned by Volkswagen, and that means the Spanish engineers and designers have been able to a lot in the way of parts bin diving. The fruits of this have been evident ever since the Volkswagen Audi Group took ownership of Seat in the 1980s. However, it was the 1990s when the family ties really started to show, with Seat cars becoming very, very Volkswageny. Which is no bad thing. Volkswagens are, generally speaking, pretty good. 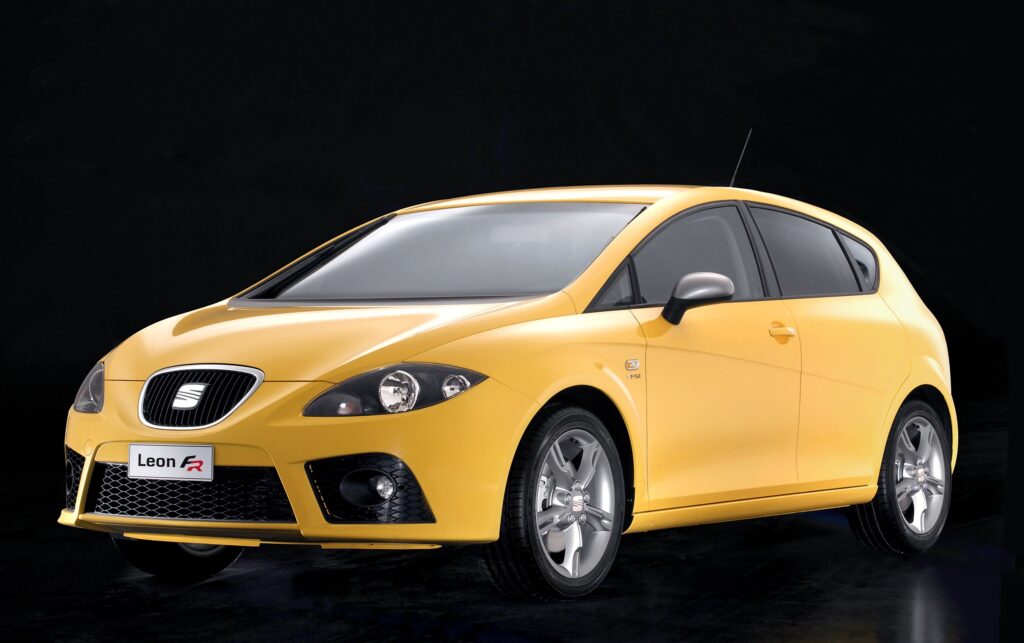 Anyway, yes, Seat make good cars. It has for a long time (we’d do naughty things for a System Porsche Ibiza) and it still does today. One particular high point was the car we’re looking at here, namely the Seat Leon FR. A performance model, it wasn’t quite as spicy as the Cupra, but it was enough to satiate the need for speed of most buyers. It was also a good looking machine, too, with a body styled to look nothing like the Volkswagen on which it was essentially based.

Penned by Walter de Silva, the second-generation Leon was a bold, exciting design. It featured flowing curves paired with hard, deliberate creases and as such, it looked like nothing else in its class. Yes, it sat atop the VAG A5 platform, which was the same as the Golf MkV and the Audi A3, but it looked nothing like them. Admittedly, de Silva penned those, too, but you get the impression he was reigned in considerably. His work for Seat was under less restriction, and so his pen could roam free. He was, let us not forget, the man who designed the Alfa Romeo 156, 166 and 147. Cars you can see hints of in the Leon. If you squint. At night. 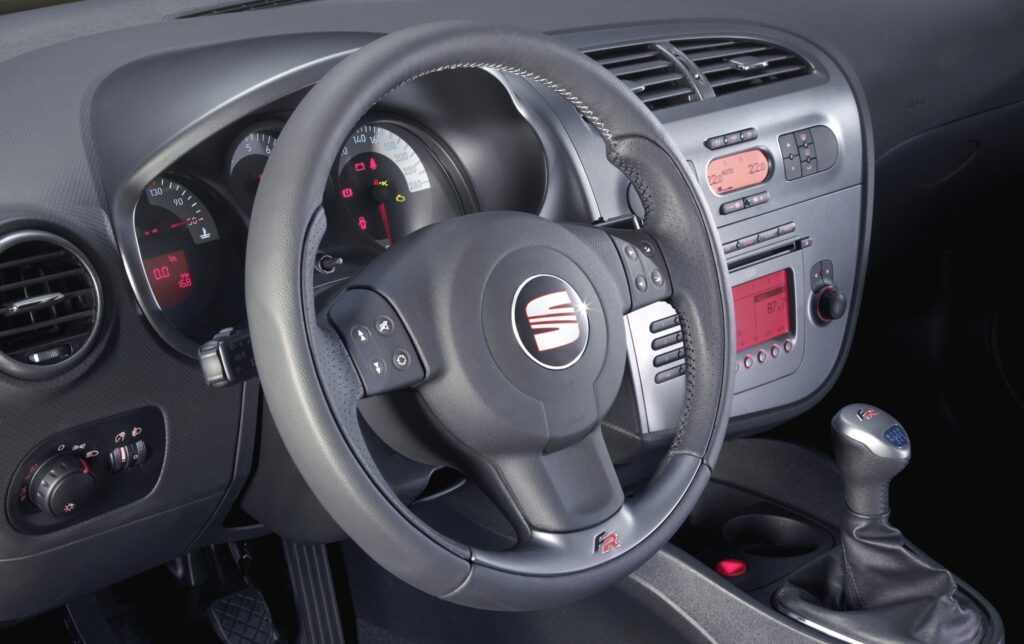 So, it looked good and thanks to the A5 platform, it went… good too? Which brings us onto the model we’re looking at here. Your two thousand English pounds will buy you all manner of boring, 1.4 petrol Leons. But that’s not what you want. Nor do you want a Cupra, because at this price point it will almost certainly be on the brink of some sort massive mechanical explosion. Happily though, there was a pleasing middle ground between the dull models and the ‘box of frogs’ Cupra. That model was the FR.

There two engine choices. There is of course a diesel, namely a 170bhp 2.0TDi unit. Turbocharged, it has loads of torque and really makes the FR a joy to drive. However, it’s not the most refined unit (for example, it’s not a common rail unit) and as such, is a bit noisy. The one you really want is the 200bhp 2.0TFSi, which is the same turbocharged unit as found in the mighty MkV Golf GTi. It’s an utter gem of an engine that will go forever if looked after, and is also subject to a massive aftermarket of upgrade and tuning parts. But honestly, the stock 200bhp is enough. Both have snappy, direct manual six-speed transmissions as standard, though if you’re lucky, you might snag a DSG with the petrol engine. 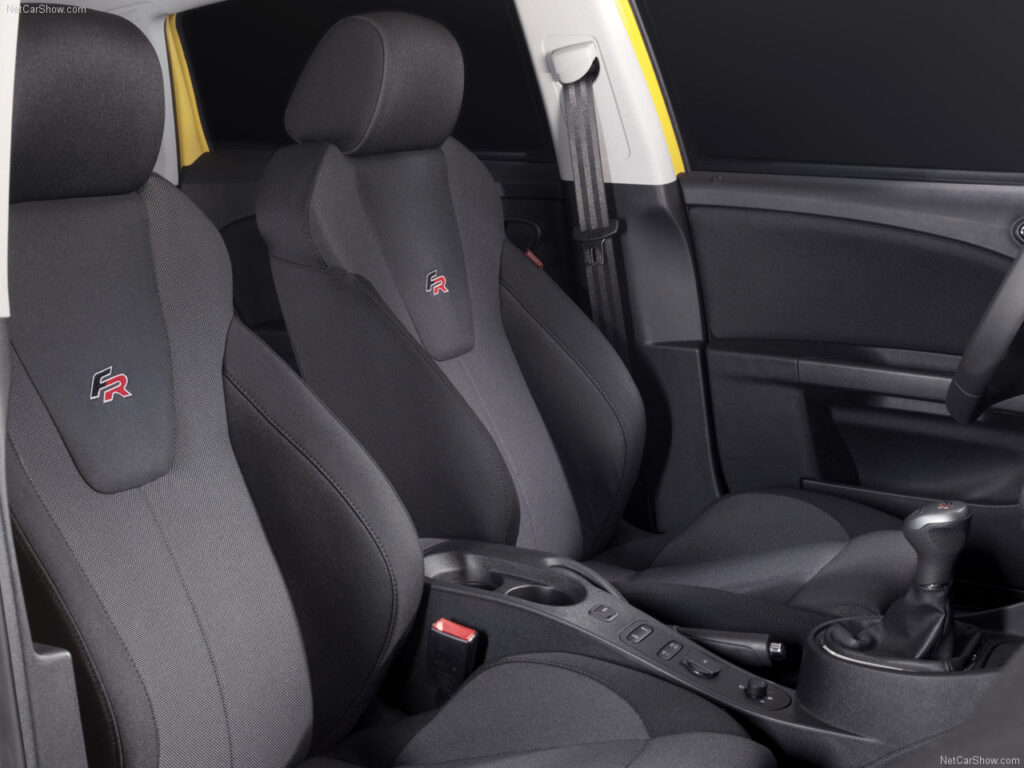 On the road, the FR sort of forgets that it’s a stepping stone to bigger performance, by which we mean it has a hard, unforgiving ride. On decent roads, and as long as you haven’t skimped on rubber, the Leon FR is an utter joy to drive and one that will have you laughing as you thread it though the bends. However, when the road turns rough, it’s not a pleasant place to be. The ride can be jarring, and any potholes or bumps are amplified significantly. It’s not great, but try it first. It’s all down to what you can tolerate. 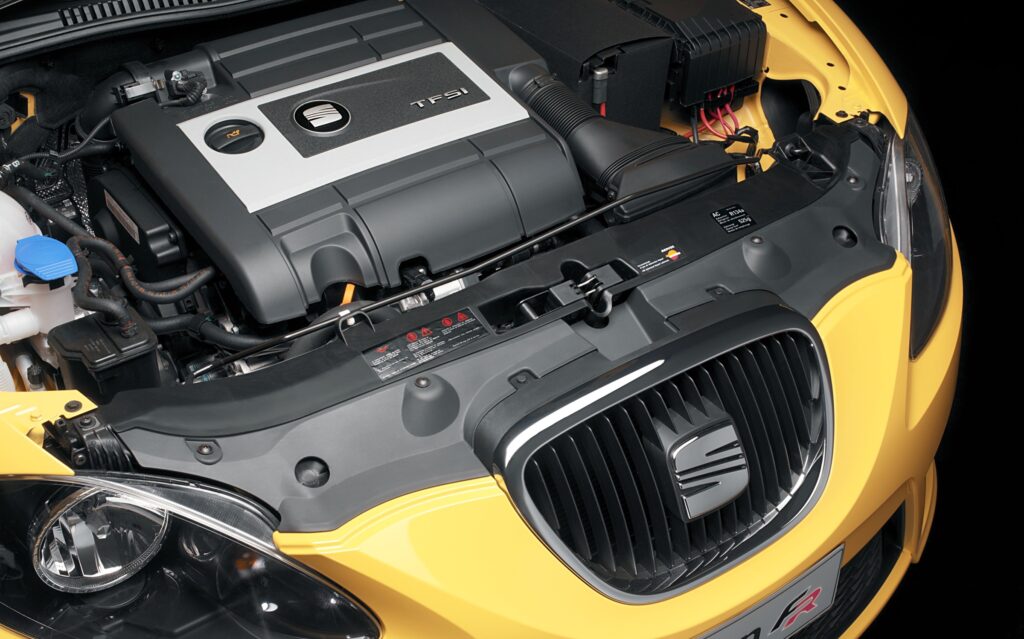 In terms of safety, you get Isofix points, six airbags, ABS, traction control and TPS. EuroNCAP gave it four out of five stars when they fired one at a wall like a Spanish dart. As for kit, you get lots. Sporty bucket seats, CD player, climate control, cruise on some models, electric everything, remote locking, the works. It’s a well appointed car, but that’s what you get for going Seat over Volkswagen – everything isn’t an optional extra. But, you do get the boon of Volkswagen build quality. It’s not quite a Golf, but it’s not far off, with decent fixtures and fittings and of course, high quality materials. 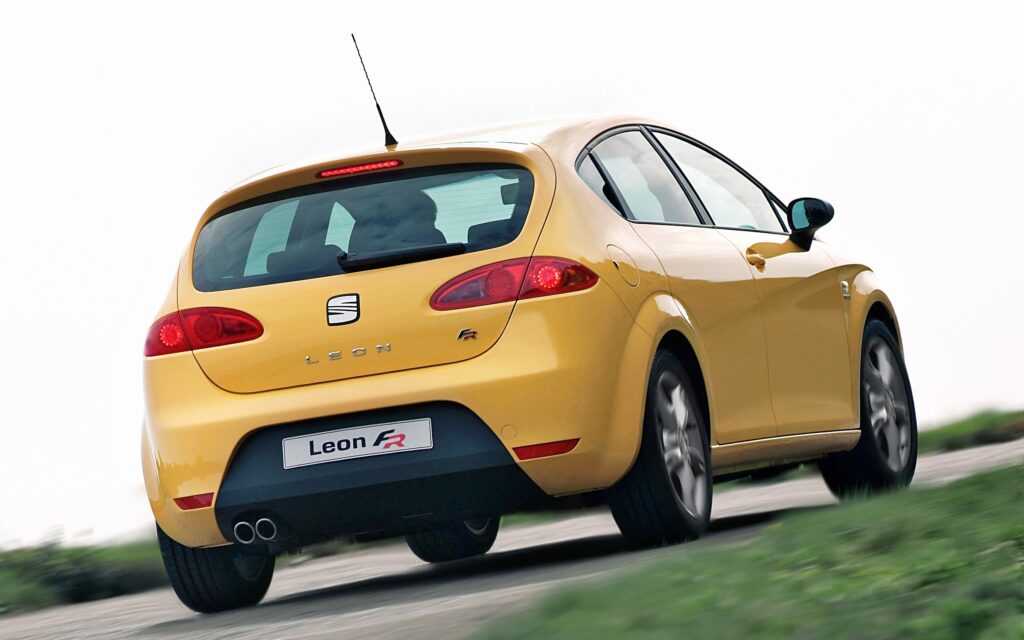 Anything you should be aware of? Hmm, rear visibility is toss thanks to a small rear window and chunky C pillars. And if you’re buying one, try and find one that’s standard. A lot of been modified, and as such, had their teeth kicked in by the ‘pop bang MAP’ crew, and they’re not what you want. Happily, most of the poppers and bangers buy a Golf GTi, so finding a factory stock Leon FR isn’t too hard.

It’s a Golf GTi in all but name. Fun to drive, far better to look at, but without the image that might put you off the Golf. The Leon FR is a car for you to enjoy, and enjoy you will.