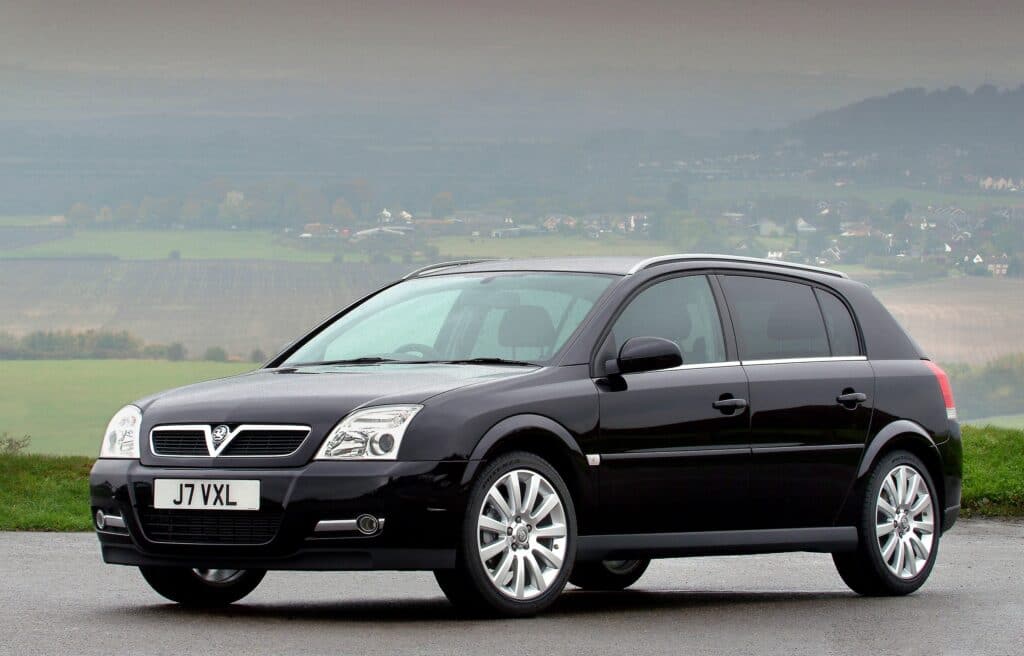 Imagine the scene. It’s 2002, there’s a boardroom in Opel’s German headquarters. Around sits a gaggle of executives. They’ve been there for hours. Their ties loose, the air thick with cigarette smoke, suddenly one exec stands up. He bangs his clenched fist on the table. “AN EXECUTIVE VECTRA” he shouts, before collapsing into his chair. The other execs look at him through narrowed eyes. In the background, the ‘click’ of a handgun’s safety being released can be heard. The gaze of the execs shifts to the boss. He looks through the smoke, then he stands and walks to the window. Quietly, under his breath he mutters “make it so”. The handgun’s safety is clicked back on. 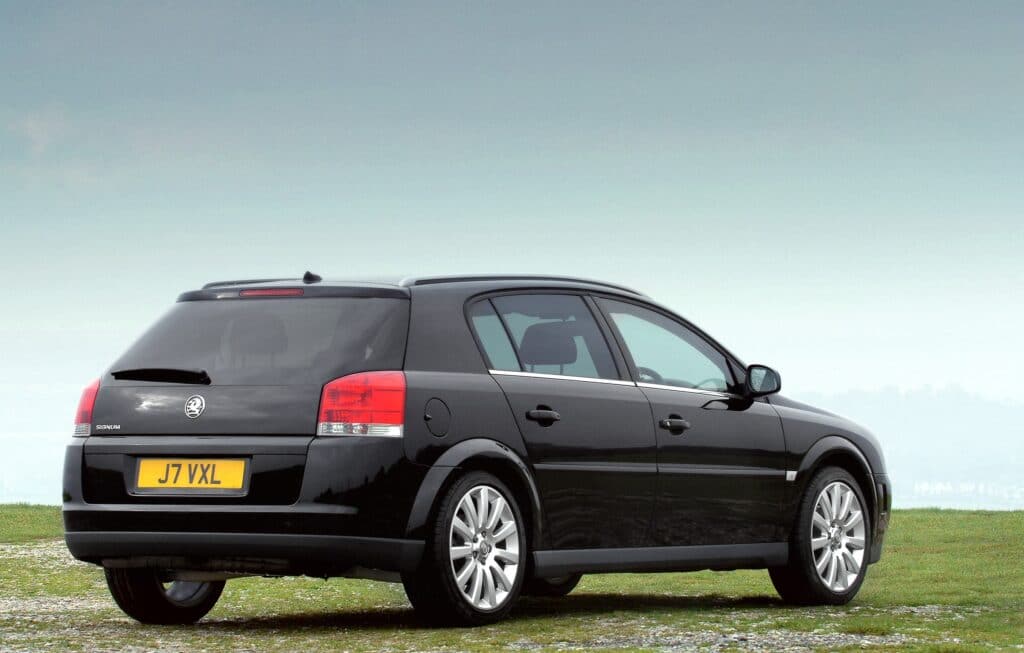 This is how we like to imagine the Vauxhall Signum came to be. It reeks of being a desperate attempt to get some money for old rope, because in essence it was just a Vectra, but with a bit more luxury. Opel had high hopes that this weird ‘is it an estate or is it a hatchback’ machine would carve a new niche within the market. It didn’t, of course, but god bless ’em for trying. Some real thought was put into the Signum, and while it did indeed miss the mark in terms of finding a market, it was no fault of the car’s. In fact, the Signum was really rather good. Especially if you were sat in the back of it. A well made, well appointed, incredibly comfortable machine, it had all the gusto to create that aforementioned new niche. We just didn’t let it. Shame on us, really. But it’s not too late. While the Signum has long been but a ghost in Vauxhall dealerships, there are still plenty to be found on the used market. And for minimal cost. You could buy a Vectra, which will have minicab miles and a faint ‘vomity’ odour, or you could buy a Signum. With a fridge. 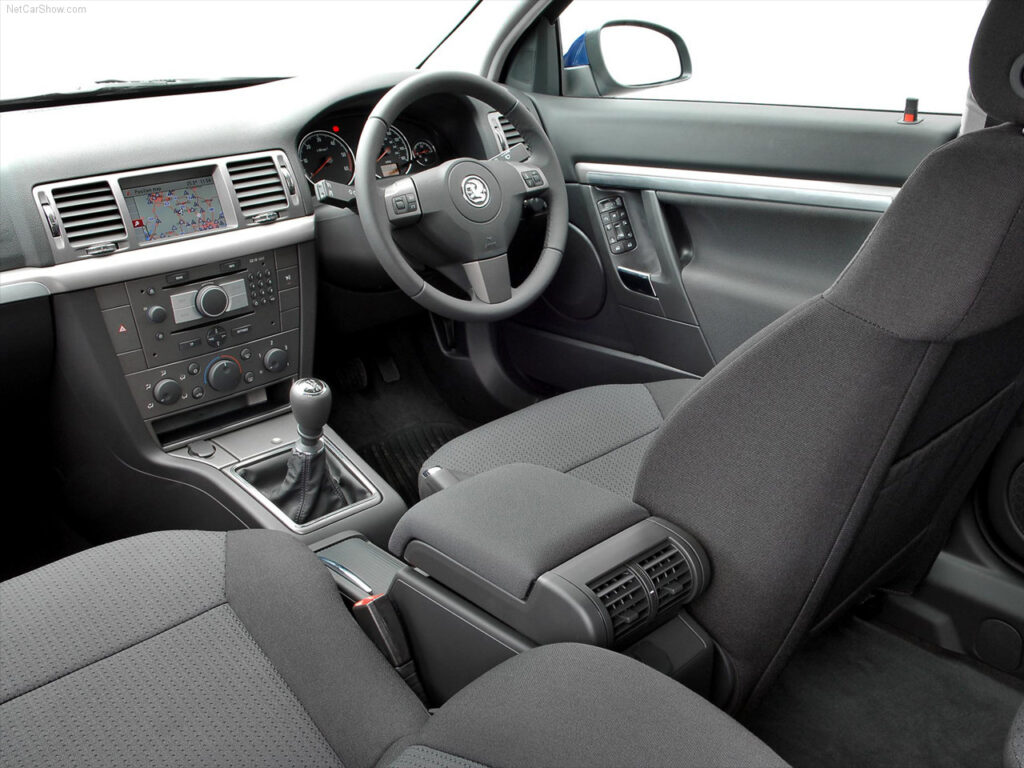 Before we get to the fridge, let’s look at the car. If you think it looks like a Vectra, that would be because it is, at least up to the B pillars. From then on though, it’s a very different story. The floorpan is from the Vectra estate, meaning a slightly longer wheelbase. This is of course good for rear seat passengers. However, unlike the Vectra, the Signum only has two seats in the back, and these seats slide fore and aft, and they recline. Very Business Class. But then, that’s what Vauxhall was going for. The idea that fuelled the Signum was that it would be as comfortable in the back as it was in the front. The train of thought being that the Signum would find its place in the world as some sort of executive shuttle. And it was. It wasn’t just clever marketing speak. Get in the back of a Signum today and it’s a glorious place to be. There is space for your entire body, it’s not a compromise to be given the back seat. And while it’s not a proper estate, the squared-off rear means that there is still a decent boot to be had. For briefcases and Filofaxes and Blu-Tac or whatever it is executives carry with them? 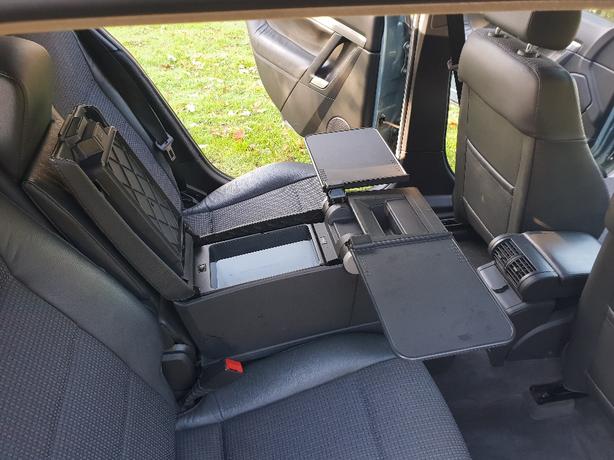 And yes, some models even had a fridge. We’re not making this up. Betwixt the two rear seats, you could fit the Vauxhall Signum Travel Assistant. it was a natty little centre console that clipped in place, had a fridge drawer type thing, cup holders, fold out tables, charging ports and even a holder for a DVD payer. Until writing this, we were unaware of it, and now we want to fit one into our Rover 800. It’s brilliant.

Anyway, let’s move away from the excitement of a fridge and instead go back to the Signum. To drive, it’s very much a Vectra, and that’s no bad thing. It’s perhaps a bit softer, but it’s by no means a bad car to drive. Goes where you point it, handles reasonably well and stops when asked. It’s not an exciting car to drive, but it’s not trying to be. Instead, it’s an inoffensive, comfortable ride that will cuddle you of you’re going ten miles or a thousand. 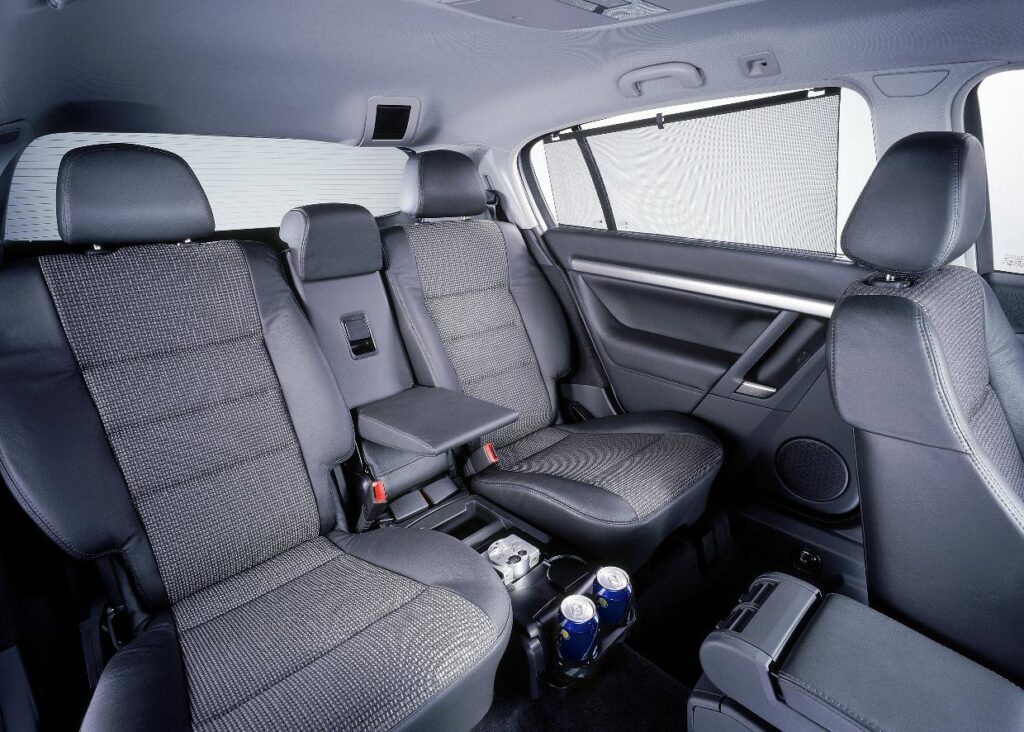 Safety wise, you get airbags, ABS, a pedal-box that moves out of the way when you hit a tree and of course, all of this is wrapped up in a decent-grade safety cell. EuroNCAP gave the Signum four out of five stars, which is, unsurprisingly, the same score as the Vectra. 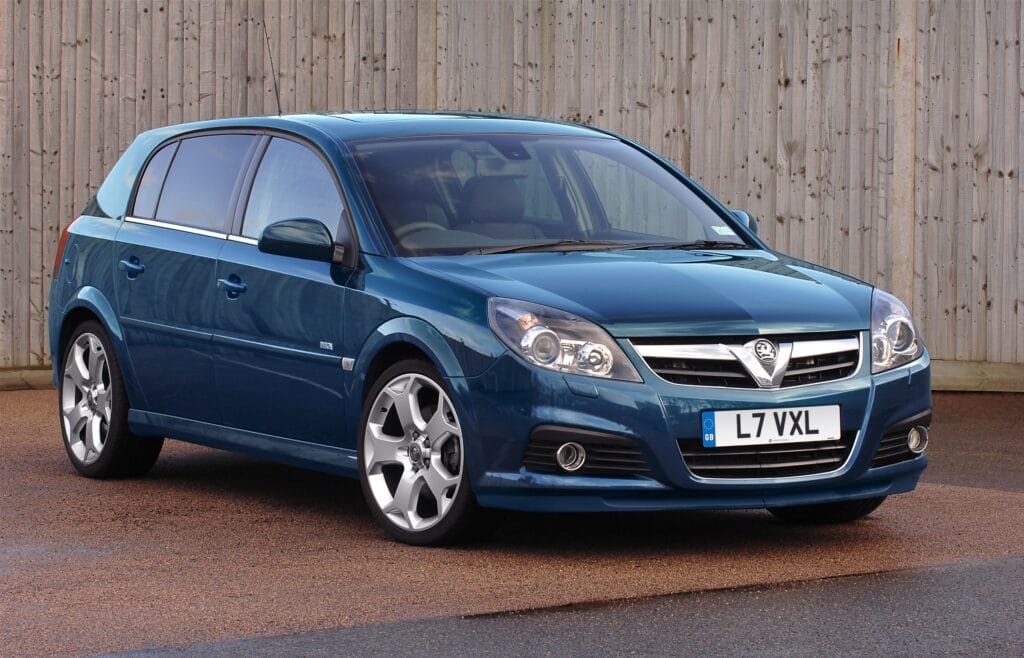 In 2005, the Signum was given a welcome facelift,  which saw it wear the more elegant and styled face of the Vectra, obviously. These are the ones to have, as they look fresh and modern compared to the early cars, which can look a tad dowdy and down. That said, if you find an early car with good spec and low mileage, you should still go for it.

Should you buy one? If you need a family car and you’re on a budget, yes, absolutely. The Signum is a weird machine by virtue of how forgotten it is today. But forgotten cars make for good used buys. You could buy a Vectra, but it’ll more than likely be knackered and abused. Ten Signum, however, was bought be people called Stephen or Judy, and they washed it every weekend and they serviced it every year without fail. At the price point, you will get a better condition, better maintained, more carefully owned Signum than you will a Vectra. Plus, you get to tell people you drive a Signum, which sounds all kinds of mysterious, despite being a long Vectra. 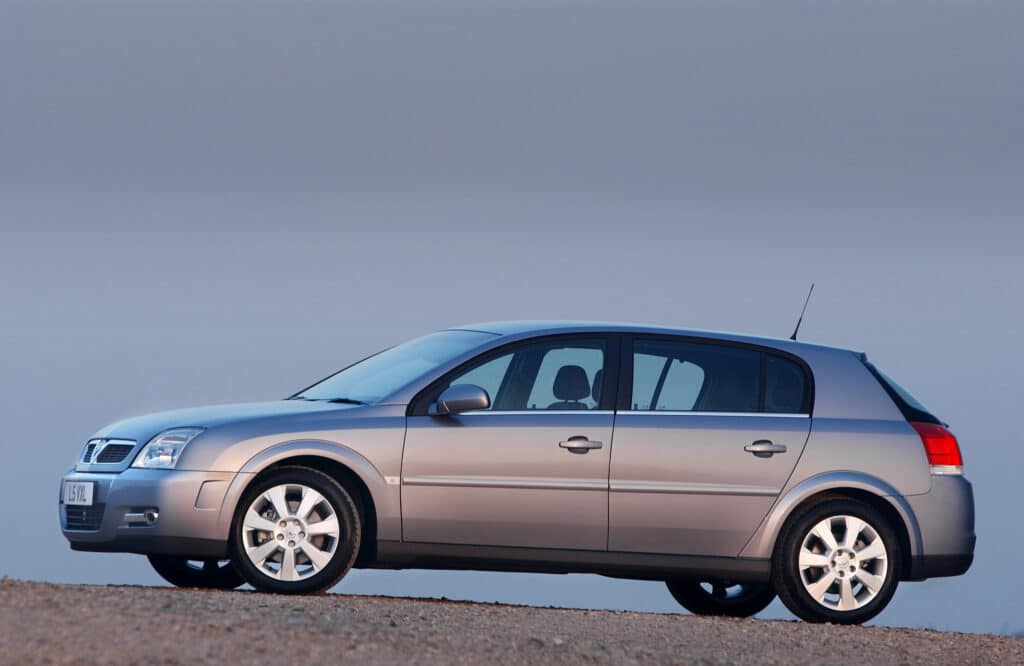