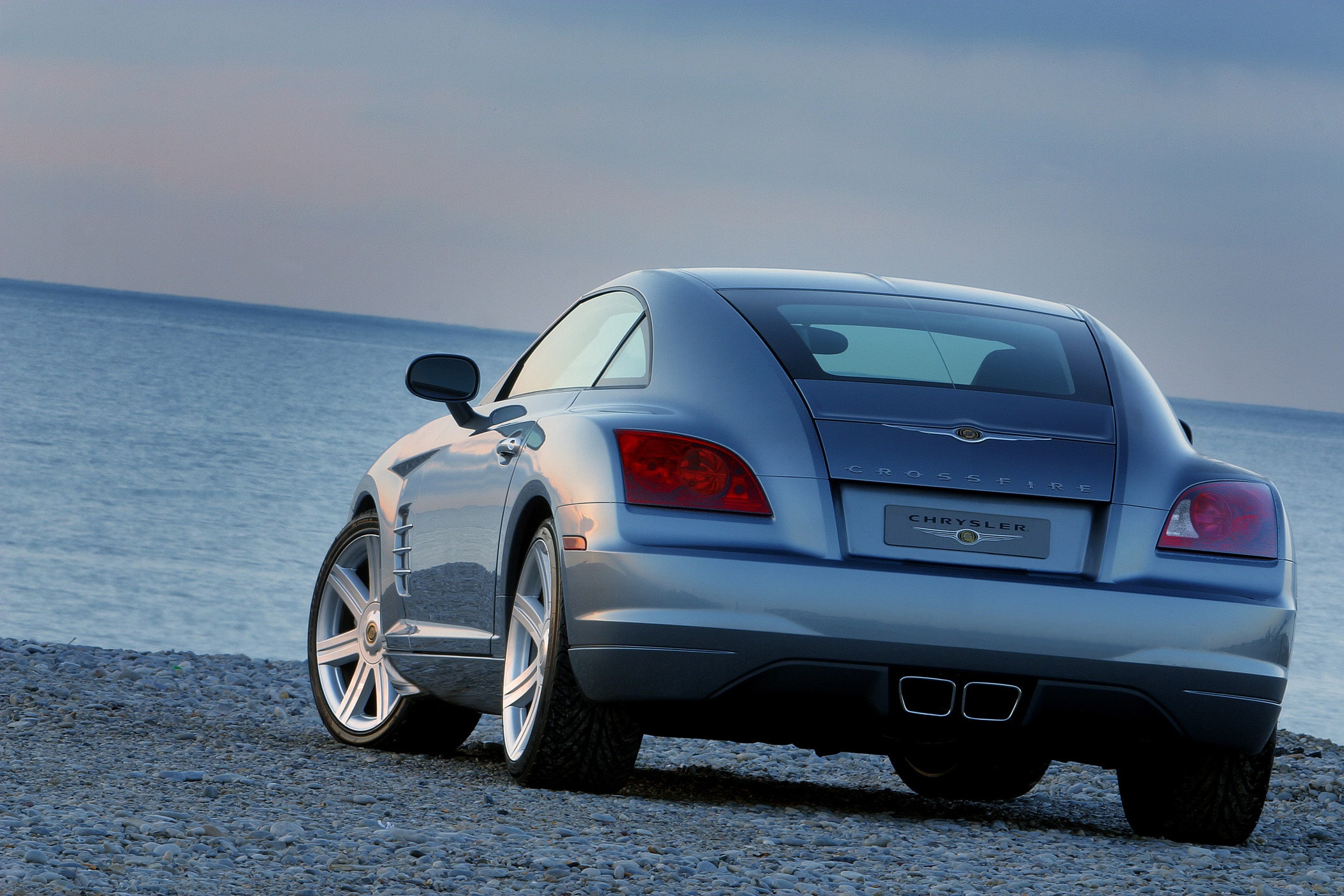 Following on from our delve into the world of American cars that make no sense to anyone, we thought we’d stick this up. Oh yes, if you have £2,000 and you can be separated from it in the same way a child can be separated from a balloon, the Chrysler Crossfire could be yours. But so could a slap in the face, and the chances are you can get one of those for free. A much better option.

First of all, if you’re reading this and you already own a Chrysler Crossfire, we’re sorry. Not for the relentless mocking you’re about to be on the blunt end of, but because you bought one in the first place. We can promise you that the place from whence it came – be it a dealer or private seller – had a party when you took the keys home with you. What you’re driving right now is the vehicular equivalent of ‘tag you’re it’ and good lord, you are most definitely it. You fool.

Ugh, look at it. It looks like a slipper. Anyway, we must push through our revulsion. We’re here to give you some information and backstory, as we do with all the cars we feature here on Not2Grand. However, in the case of the Chrysler Misfire, we will at no point extol the virtues of ownership. What you’re reading here is a warning, not a recommendation. And we’ll say as much in court if you do buy one.

Look at them, rolling off the boat all happy. We would have given the Captain a crisp twenty if he’d dropped them off in the Channel somewhere if we’d have known. Damn you, hindsight.

Right, the Chrysler Crossfire, what the hell is it? It’s the embodiment of Chrysler looking a gift horse in the mouth, that’s what it is. You see, back in the early 2000s, Daimler and Chrysler were best buds. They even slept in the same bed. As a way of thanking Chrysler for the nightly reach-arounds, Daimler let it have the R170 platform. That’s the first generation Mercedes-Benz SLK to you and us.

Then, like a child who’s given an item that is far beyond its comprehension, Chrysler looked at it with an inquisitive expression. It liked its new toy, but it didn’t know what to do with it. So, rather than make an attempt to understand it, Chrysler just ruined it instead. Then, in the ultimate act of incredulity, it had the gall to think mum would still proudly display it on the fridge door.

What you’ve done there…

We would have forgiven the aesthetic of the Crossfire had Chrysler just left its messing there, but it didn’t. Instead it managed to remove the charm, soul and fun from what the SLK was. They made it fat and unwieldy. The roof became a fixed feature, rather than a folding hard-top as was the case with the Mercedes (you can have a roadster version, but it’s more money). They made it wide, they slashed at the bodywork in the name of ‘design’ and the resulting car was an embarrassing mess.

If you need someone to blame, try Eric Stoddard who penned the basis of it. Though to be fair to him, it was just a concept, he didn’t think it would ever see an actual road. Andrew Dyson, however, he ‘refined’ it. After a bottle of Jack no doubt. Nice work, Andy. Bet you wore your Crayolas out on that one.

So, what did we get? Well, the basic mechanicals were the same as the SLK. In fact, according to Wikipedia, the Crossfire shared 80% of its components with the first generation SLK. Which further begs the question of how Chrysler managed to balls it up so much. They really went to town on the remaining 20% with the stupid stick, evidently.

We got the same 3.2 V6 as the Mercedes, and it kicked out 215hp – a respectable number for the time. However, Chrysler’s ungainly body meant the engine felt recalcitrant in comparison to the SLK. Then there was the re-working of the suspension, which took a taught, agile chassis and left it fumbling around for the apex like a blind fool. Much like the people who bought it.

She’s legally blind. It’s the only way they got her that close to it.

You can buy a Crossfire for less than £2,000, but for the love all that is nice in the world, don’t. It’s not cool, it’s not exciting, it’s not a design classic, it’s not fun to drive, it’s not funky, it is nothing. Let them go to the scrap yard where they belong.

Paint your nipples purple and run through ASDA if you want to be noticed. It’s less embarrassing than being seen in one of these.