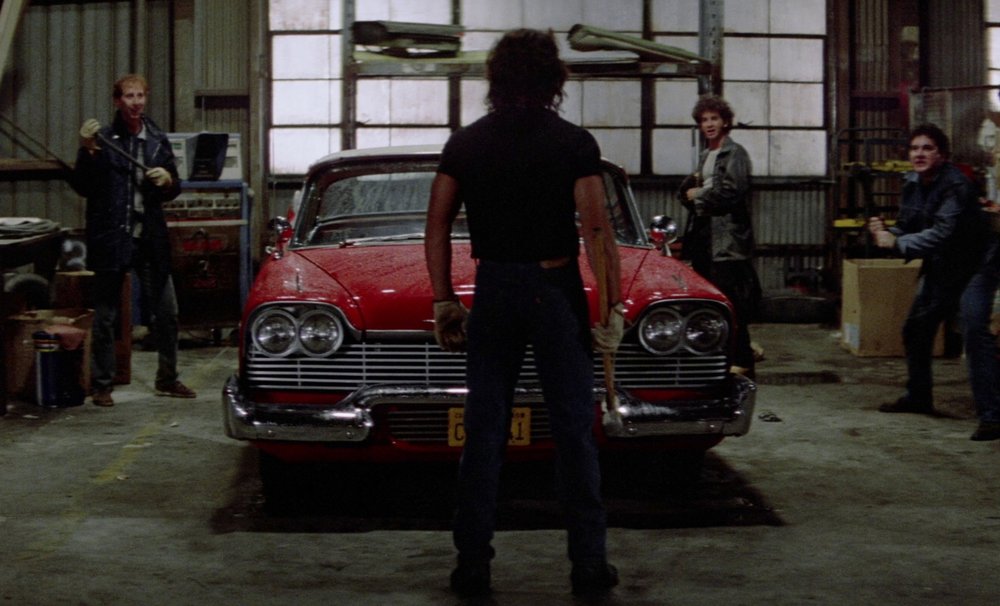 Looking after cars is hard. Well, actually, it’s not, and we would encourage you to pick up the spanners and have a go at vehicle maintenance. It’s fun, and it’s reward but… some of you still won’t. And we get you, we’re here for you, we’re picking up what you’re putting down. You just want a car that you can kick the ever loving shit out of, and all it will ask for in return is fuel, and some more punishment. And you’ll be pleased to know there are cars out there that will function on that basis. Cars that you could own for years, and yet never need to know where the bonnet release is. Cars that, like some kinky fetishist, live to be punished and kicked.

We’ve rounded up our top five contenders here. Of course, the cars selected here are based on our own experiences. You may have another fighter to bring to ring, and if you do, by all means drop something in the comments. We’re more than happy to revisit this list and add other tough cookies as and when they are suggested. Until, here are five cars that you can buy for not a lot of money, that you can beat to death and they’ll still take you to work the next day.

What? A FRENCH CAR? Are we mad? No, actually. While French cars are typically the wheeled embodiment of surrender, there are some that emerge as die hard, near un-killable machines that would make a T800 blush. One such car is the 406. Think about it. You you hit the classifieds, you can’t find one with fewer than nine million miles on the clock. They are, in diesel guise, the weapon of choice for many a minicabber. They’re about as mechanically complicated as a spoon, and they seem to drive the same whether cared for or abused. And that ‘same’ is well – they are an utter joy to drive. Not exciting, but also not uncomfortable. Buy a diesel, and it’ll be the only liquid you need put in it. Drive it into the ground, if you can. 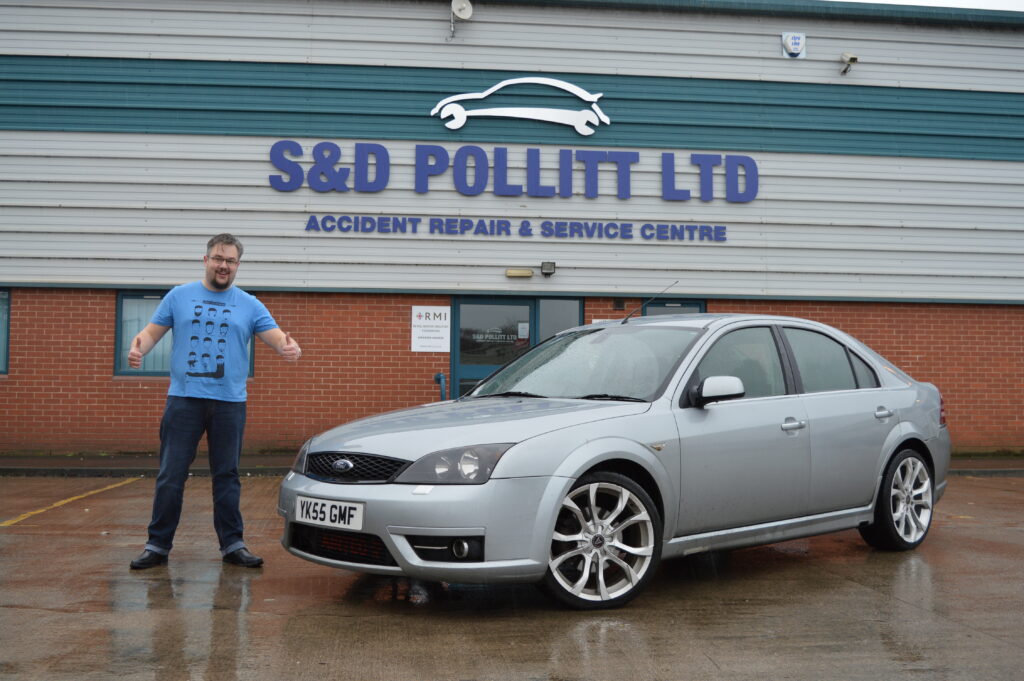 There’s our own idiot with his old Mondeo ST TDCi. But, while that car was indeed a tough old hector, it’s not the one that inspired this choice. Instead, we think back upon an old 2.0 diesel on a 52 plate that was a company pool car back when we worked for a car magazine. The Mondeo in question, with battered panels, no hubcaps and an interior that smelled a lot like wee, was an absolute unit. Driven for years by a company full of motoring journalists, it never complained. We put diesel in it, and it took us wherever we needed to go. Be it Brands Hatch around the corner, or Knockhill, which was not around the corner. We used it for carting people and kit around, we used it as a camera tracking car, we may have even slept in it more than once. It was rattly, it was smelly, and it did break a couple of coil springs (they all do that, sir), but other than that, it was a brute. And what’s more, we didn’t manage to kill it. The arrival of two new pool Mondeos meant the 52 plates was sold on, with over 200k on the clock.

The assembly line for the Volvo 240 was not the home of technicians or mechanics. Instead, it was the workplace of sculptors. Each one armed with a chisel and hammer, every Volvo 240 was apparently hewn from a solid block of Swedish granite. It certainly has all the looks of granite. It was, and still is a tough car. There is the caveat of rust here, as it would eat a 240 from the inside out, but fnd one that has been treated and you will find the last car you ever need. The 240 has all the handling prowess of a wardrobe, but that doesn’t matter. Because a wardrobe that gets you everywhere is better than a racing snake that doesn’t. No, we don’t know what the hell kind of metaphor that is. MOVING ON. The Volvo 240, in non-turbo guise is the kind of car you could leave running for nine years and it wouldn’t complain. The axles are strong, the suspension is strong, the engine is strong. It’s just a tough, stocky, well engineered machine that will go on forever. Plus, you could crash it into an ocean liner and be fine. Though quite why you and your Volvo 240 are in the sea is a mystery. 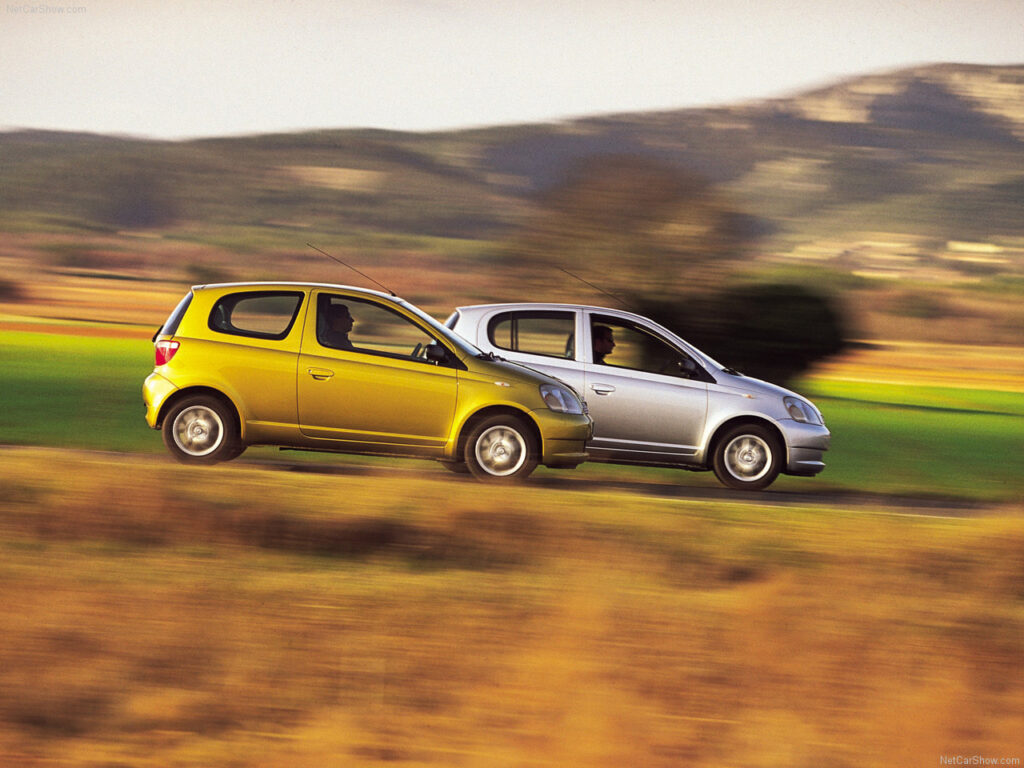 You don’t need a thumping big car to have something that will need little in the way of car and attention, there a plenty of diddy options, too. The first-generation Toyota Yaris is one of them. Kick it, punch it, call it names, it won’t care. Buy it, weld the bonnet shut and forget about the mechanical bits. They will never, ever go wrong. If buy a decent one, it will last forever. Toyota really didn’t scrimp when developing this little car, which is why you still see them on the road today. Can you say that about the early Ka, or the 106, or… you get the idea. It was and still is a resilient little car that loves being thrashed. And you’ll love thrashing it, because even with a tiny engine, the Yaris is an absolute riot to throw about. Sharp steering, decent handling, good brakes, and it’s pretty safe if you go a bit too mad. The Yaris is pretty much a ‘sealed unit’ car. Just throw in the unleaded until it breaks, which should be some time around 2067. 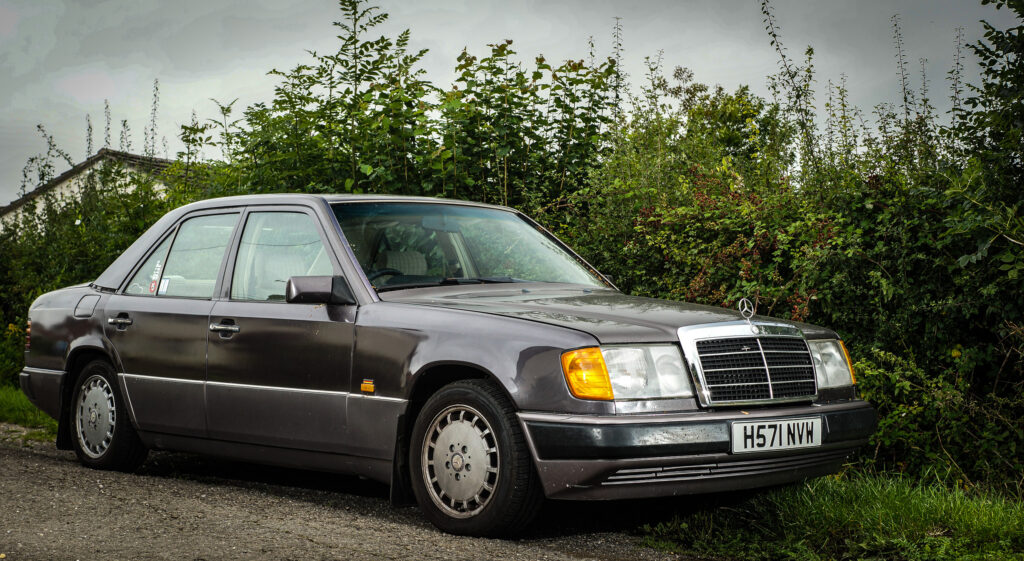 See that? That’s our W124 230E. £100 of 204,000 mile German executive goodness, and it is an absolute tank. The Mercedes-Benz W124 was regarded by many to be massively over engineered, and as owners of one, we would be inclined to agree. This one had, until we got it, lived something of a hard life. And while we have lavished it with some care an attention, the fact is we’re only able to because the car has survived so well. Rust can get them, so that’s the only thing to really look for. Everything else is bulletproof. The engine in ours is the pauper-spec four-banger, but it’s still tight as a drum and starts every time despite having 204k on the clock. The interior still looks new, and we’re not exaggerating. It really does. We’d jump in this and drive it anywhere, safe in the knowledge it would get there without issue. The W124 is perfect if you want something with a bit of class, but without needing to be forever underneath it with the spanners. I truly heroic car. But on that’s going up in value, so get one while you still can…