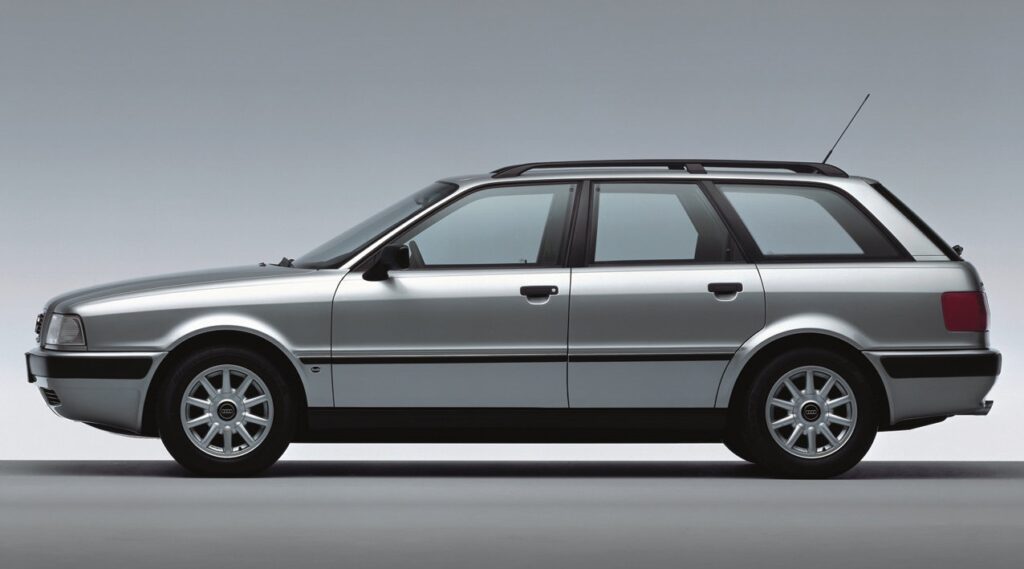 Some things age exceptionally well. A fine wine, Gillian Anderson, Stilton, Keanu Reeves, you know, that kind of thing. Oh, and of course, the Audi 80. It’s a product of the 1980s, but honestly, it still looks fresh. The J. Mays design was un-fussy and simple. But it wasn’t boring. Instead, it was a sleek but accommodating shape that looked sharp and clean-cut but all without being shouty or brash. Nothing, then, like the cars you’ll find in an Audi showroom of 2020. Which look like the wheeled version of a sports sock stuffed in your underpants. 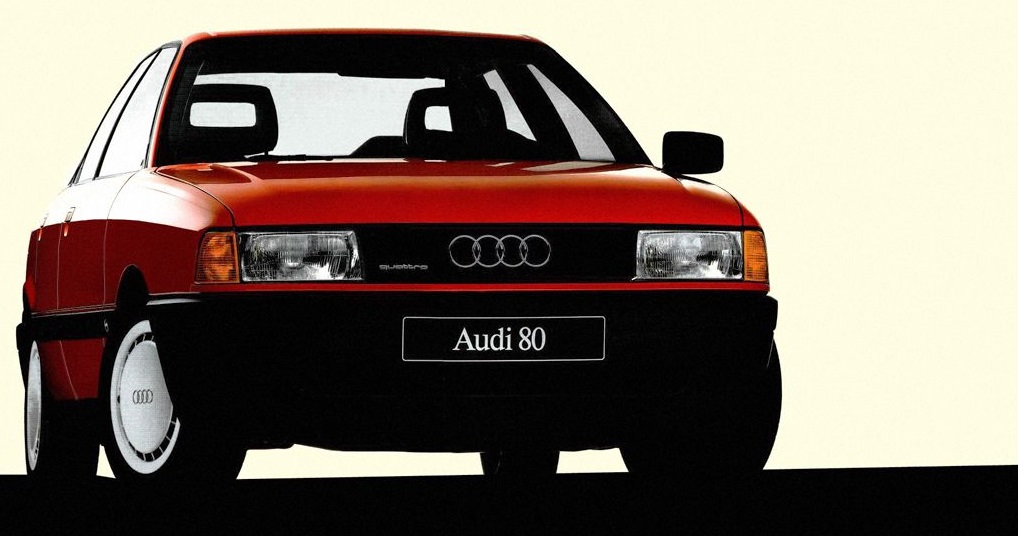 We like a design such as the Audi 80. It passes the patented ‘Housing Development Test’ ©N2G. What the hell are talking about? It’s like this. Take a new housing estate full of three-bed detached houses and people wearing clothes from Next. You know, the place where, rightly or wrongly, people make snap judgements on things. Well, the test is this; can you park said old car on the driveway there without the neighbours thinking you’re bringing property values down? Much like cars such as the BMW E38 and the Audi TT, the answer is yes. As long as your Audi 80 isn’t battered, it will still cut a dash. Of course, in the grand scheme of things this doesn’t matter, because who gives a damn what other people think? However, it is a way of demonstrating good design. And the 80 most definitely is very, very good design.

In writing about this car, we did of course have to source images, which led us to the one above the car with the body kit and the BBS wheels and now, well, we’re erect. But can you blame us? Look at it, it such a handsome machine. Though even without the BBS wheels and side skirts, it’s still a looker. We like the car above, which is the original B3 model. These early cars were the best version in our opinion. The sharp leading edge on the bonnet (later B4 cars had the grilled built into the bonnet, making the car look a bit… snouty). However, the B4 brought some other significant additions to the line, which we’ll get to later.

The 80 wasn’t just a looker, it was also a deeply clever car. The saloon-only body should have been a hindrance, but in reality, the clever hinge system that allowed the boot to open to an obtuse angle meant access was a breeze. The interior was a considered, simple, spacious place made from high-grade materials and was built with a fastidious attention to detail. Get in one today, and it’ll still feel tight. The body was galvanised (fully zinc coated under the paint), so rust wasn’t an issue. It was safe, too. In the event of a crash, a cable system anchored to the gearbox known as Procon-ten was pulled taught, which in turn pulled the steering wheel away from the driver, while also pulling on the seat belts to increase tension. Think of it as a steampunk seat belt pretensioner system. Clever. 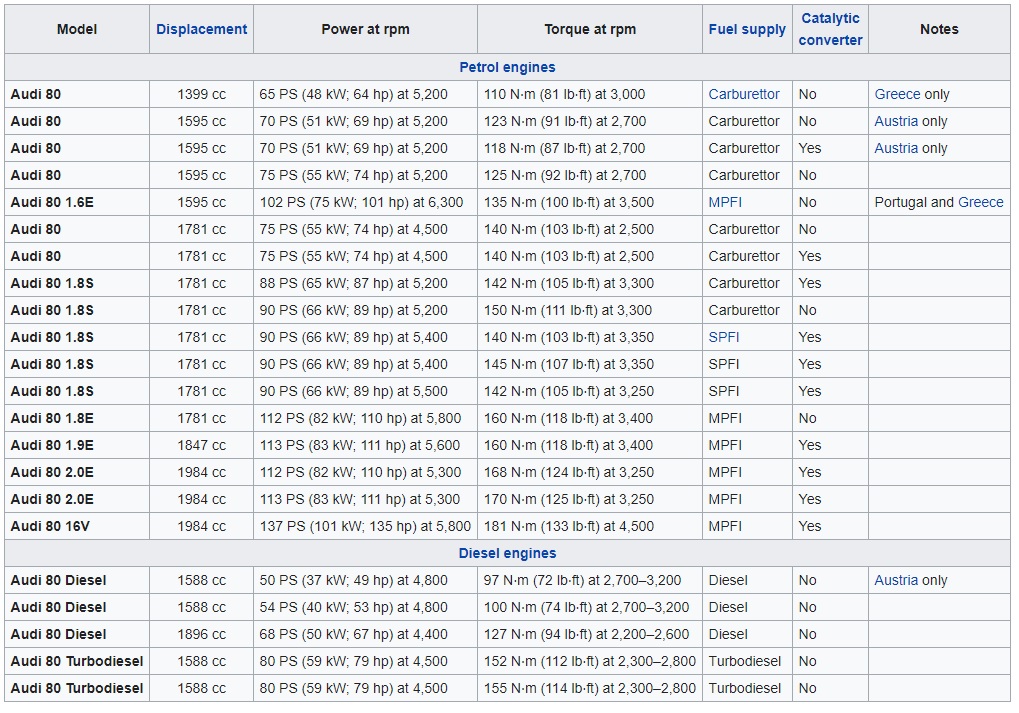 In terms of engines, the B3 came with about four million options, which are listed above. Yes, we just borrowed that from Wikipedia, but given there are so many, can you blame us? The reality for you is that you’re going to end up with a 1.8 or a 2.0 petrol four-cylinder unit, which will more than likely be mated to a five-speed manual transmission. It will, of course, be front-wheel drive. If you can find a diesel, you’re in luck as they are fiercely tough little engines. But therein lies the issue – they are little. And in non-turbocharged guise, they are comically slow. So don’t say we didn’t warn you.

As with any old car, you need to check for abuse, for untoward noises and for leaks or signs of past leaks. The chances are that if you’re looking at an Audi 80 in 2020, it’s been looked after. Hopefully it will have some paperwork in place to back up as much. However, the 80 is a car you can look after at home with ease, so there may not be much in the way of history. This is where a thorough inspection is needed. Is the oil healthy, does the oil filter look to be from this side of 2010, is the coolant actual coolant and not rusty water? You know, common sense stuff. 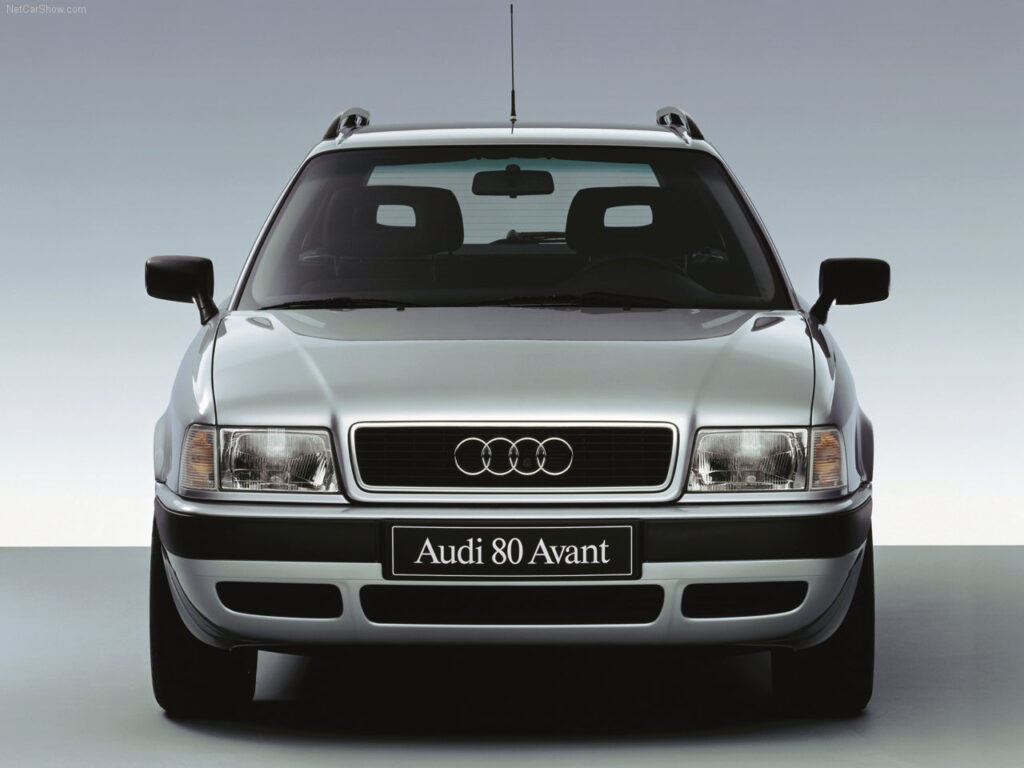 In 1991, we got the B4 version of the 80. It had a different nose, it was longer and it was also available in more shapes. This model marked Audi’s move into the mid-sized luxury segment, but to do that it needed to be more than just a saloon. As such, we were now offered the 80 as a convertible, and we were also offered it as an estate, or Avant, to use the Audi vernacular. It got body coloured bumpers, there was more space inside and the five-cylinder engine became more prevalent (the B3 was available as a five-pot, but it was called the 90, not the 80). The B4 80 took the good work of the B3 and did the impossible  – it made it better. 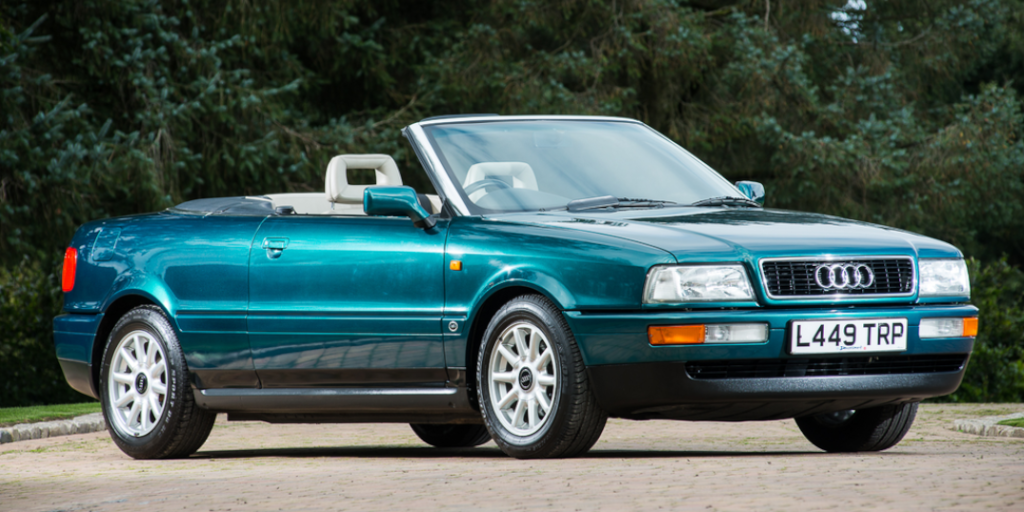 The B4 and B4 were the bedrock on which the A4 would be based. Yes, the A4 was a different car, but in terms of the image of the company, it was the B3 and B4 that broke the waters for the A4. It was and still is a great car. It’s fun to drive, it’s reasonably safe for an older car, it’s cheap to run, it’s incredibly practical in Avant guise and in convertible guise it’s still a stunning looking machine. Plus, the convertible is incredibly well engineered, so when the roof is up, or better yet, when a removable hard top is fitted, it’s a car fit for all seasons. And of course, let us not forget the Coupe version (though they’re going up in value, hence not being under the spotlight here).

In terms of B4 engines, there was once more a bewildering choice. In reality, you’re going to end up with a 1.9TDi or a 2.0 four-pot. That said, if you can find a 2.6 or 2.8 (later) V6 car, pounce on it. History is again key, but this is one excellent engine. Great noise, loads of power, ample torque – just lovely.

And then of course there is the big draw for the 80 model, which of course is the quattro all wheel-drive system. While nowhere near as refined as today’s systems, the early quattro car were and still are incredibly competent. The system is full-time, and has a fifty-fifty power split between the front and rear care of a Torsen limited-slip differential. That could be upped to 75% at either end, depending on the conditions. It was a simple, but highly effective system. By the time it was fitted to the B3 80, it was in its second-generation, so was a little more refined.

If you’re looking at a model with quattro fitted, the key is to find a car that hasn’t had its teeth kicked in. The chances are the car will have been looked after, evident by virtue of it being on the road today. However, you still need to listen for clunks and bangs from the driveline, maybe even try and get the car on some gravel or another loose surface to make sure all for wheels are still being driven. 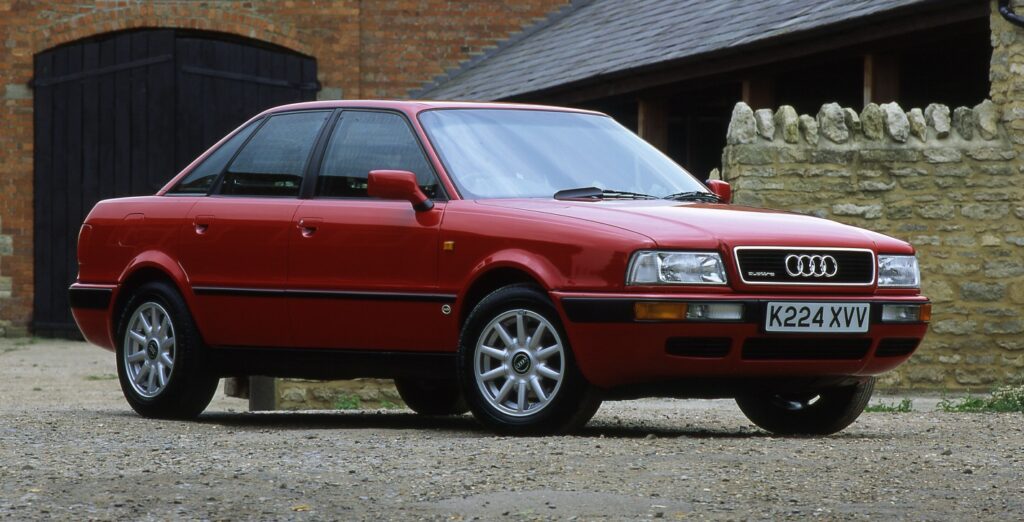 Because the 80 is an older car, the way to approach buying one is to be open. Rather than setting your sights on a particular trim, engine or spec, look instead for a cared for example. The 80 is the kind of car you will fall in love with no matter what the trim level, and it’s one that is best when it’s been cared for. You might find the trim and engine you want in a battered example, but a lower spec car that’s been loved will be better.

There is a lot of ‘modern classic’ talk of late, with people and motoring outlets trying to pinpoint the cars from the recent past that will go on to become classics. True, proper, respected classics, that is. The Audi 80 is one of them. It’s a true moment of brilliance from Audi, and a reminder of what the company was once capable of and geared up for. The modern Audi image isn’t a good one, but the Audi image of the past is one of quality, innovation, reliability and great design. All qualities the 80 has in spades.