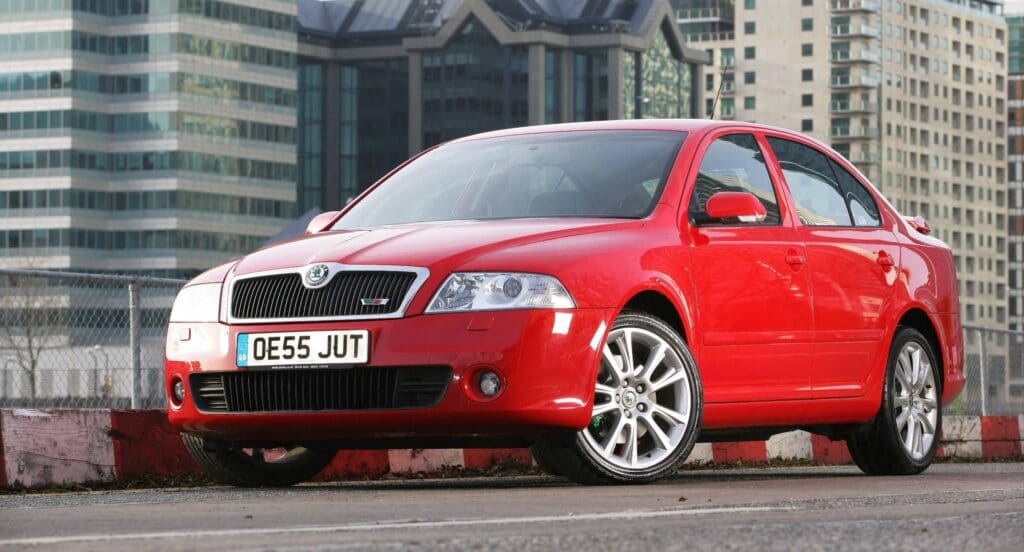 Back when this was all fields, and when Not £2 Grand was but a humble site on Blogger, we featured the original Skoda Octavia vRS. And why wouldn’t we? It was cheap,  it was fast, it brilliantly took the Skoda name a shook the shit out of it and it was a successful WRC car. Honestly, there was and still is very little reason not to buy one. That said, the OG vRS is getting a little thin on the ground these days, which is a bit of a shame. But don’t be sad for too long, because the successor is well within the waters of the sub two grand car buyer. Bigger, faster and safer, it is in many respects, the perfect family car. You should definitely buy one. 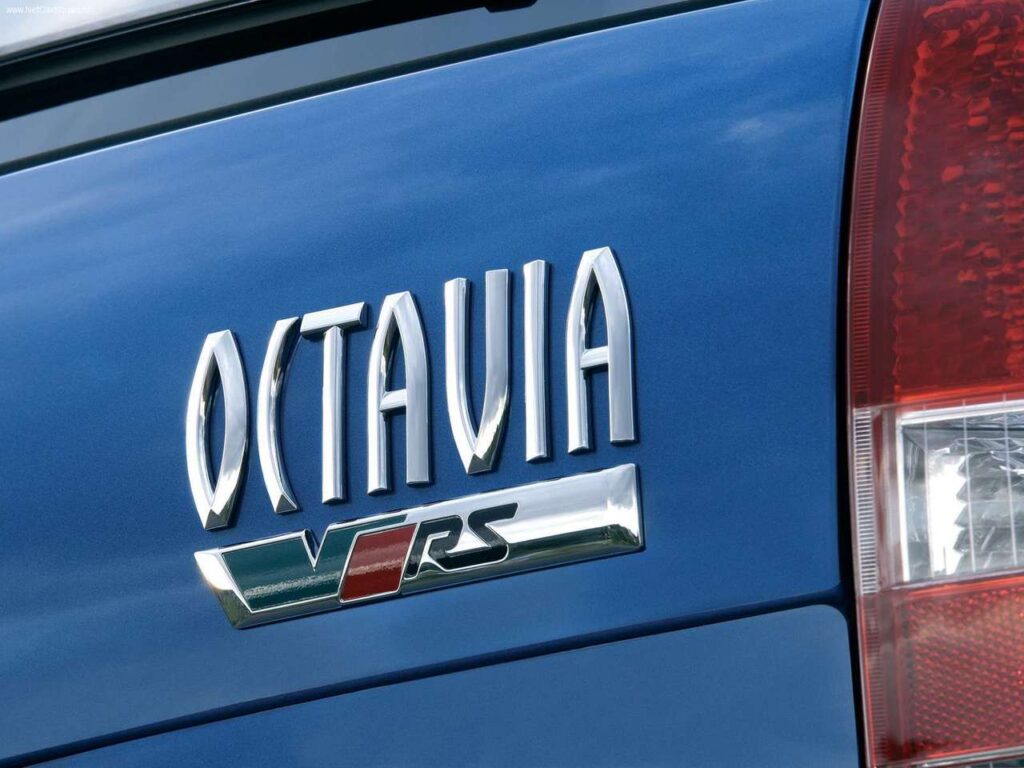 We’re not going to talk about how, by this point, Skoda is a decent brand and as such, should be spared of all ‘heated rear window’ jokes. We all know that Skoda is a good brand. Hell, it’s bordering on being a premium brand these days, so we don’t need to go into that again. Skodas are good, that’s that. Right then, where were we. Yes, the Mk2 Octavia vRS.

The Mk2 Octavia was introduced around 2004 and was a completely new machine that shared nothing but its name with its predecessor. Based on the Volkswagen Group A5 platform, it instead shared its underpinnings with the likes of the Mk2 Audi A3, the MkV Volkswagen Golf and the Seat Leon. This, of course, was nothing but a good thing. All of those cars were lauded for their design and drive, and the Octavia would be no different. Considerably bigger than the Octavia before it, the new car was more subdued in its styling, but in being so, was more in tune with the offerings of the Volkswagen Audi Group at the time. This generation of Octavia was the one that really pushed the model into the premium waters. 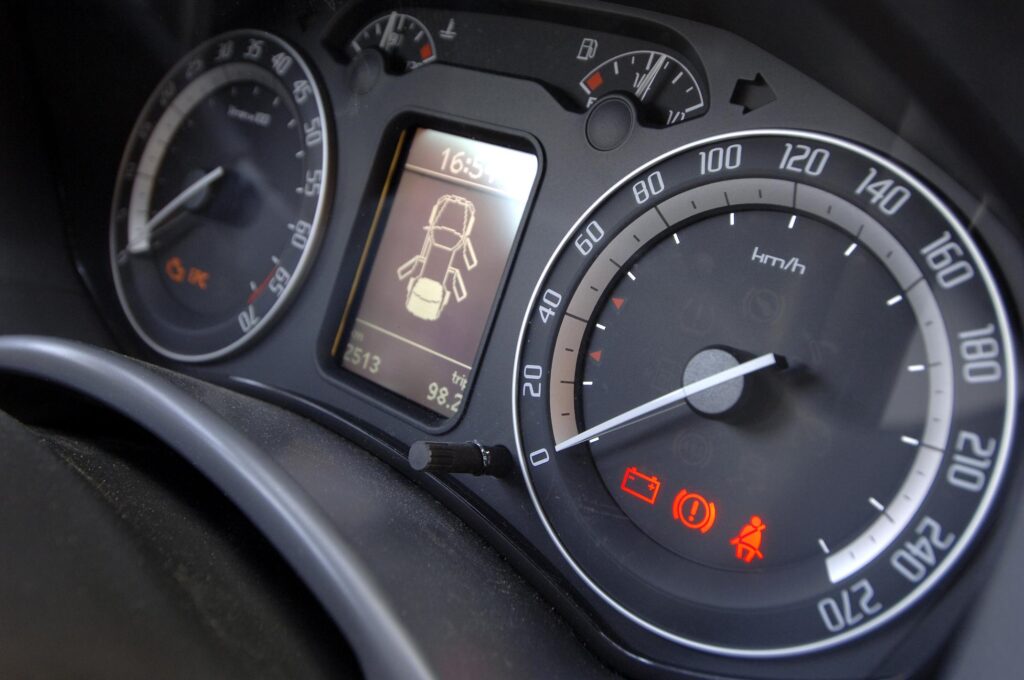 Obviously the Octavia was available in a number of trim levels, such as ‘company car man’ and ‘minicab’ but we’re not interested in those. What’s we’re interested in is the vRS. Or should we say, the 2.0, turbocharged, 200bhp vRS. It was a car that, thanks to its predecessor, we were champing at the bit to get. Little did we know just how good Skoda would make it though. We expected the bright paint and the big wheels. What we didn’t expect was that the Octavia vRS Mk2 would be the thinking man’s way into MkV Golf GTi territory. But it was, because underneath, that’s exactly what it was. And we challenge you to find a bad review of the Golf. You won’t. Such a thing doesn’t exist. It was honestly that good.

As mentioned, power came in the form of a 200bhp turbocharged four-pot, which could shunt the Octavia to 62mph in 7.2 seconds. But here’s the best bit; because of clever engine management and gearing and stuff, you could still get 38mpg out it if you tried. Remarkable for a performance model. Though if you really want to get giddy about the Ms the Ps and Gs, a diesel Octavia vRS was introduced in 2006. However, while it was a torquey old beast, it only packed 170bhp so was noticeably slower than the petrol one. 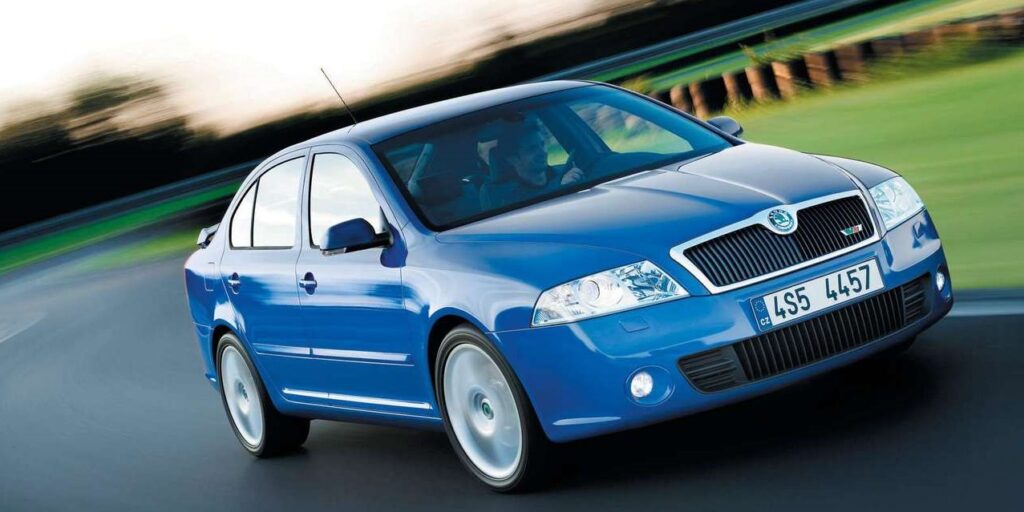 On the road, the Octavia was a good car anyway, but with the extra power, sports suspension, wider rubber and bigger brakes, the vRS was on another level. Not as nimble as your typical hot hatch, granted, but it’s grown up now. Turn-in is sharp and direct, the steering is well weighted and responsive, and the chassis is pliable and progressive, but not jarring or crashy. The Germanic origins of the mechanicals shine through and as such, the vRS is a joy to drive. There is minimal body roll, which is impressive considering its heft, and the power is delivered cleanly and without drama. It’s the kind of car that even the most average driver can soon bond with and begin to push. It’s a car you’ll never get bored of driving, put it that way.

This model was also considerably larger than the one before it, meaning that if you have to put two teenagers in back rather than toddlers, they won’t complain. The hatch is a massive machine, and will swallow almost anything you throw at it. However, if for some strange reason, the hatch isn’t big enough, there is also an estate version in which you can fit things like wardrobes, or small elephants, or Huddersfield. 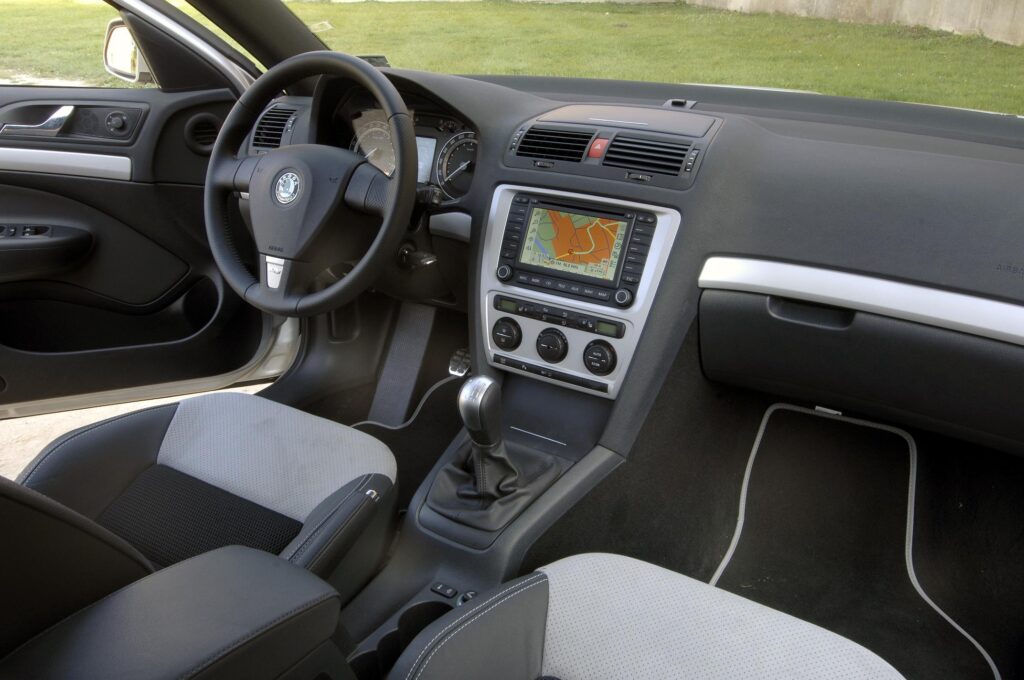 What about safety and stuff? Well, EuroNCAP fired one at a wall and it got four out of five stars, which is good. Not remarkable, but good. The thing that hurt it was the fact the side curtain airbags were optional. However, most cars on the used market will have had the option specified, so you should be fine. You also get ABS, traction control, Isofix mounting points and remote central locking.

So should you buy one? Yeah, of course you should. They’re great cars, and Skoda has an outstanding reputation for reliability (no, really). Of course, at the cheaper end of the market you need to try and find one that hasn’t been Max Powered into oblivion, and ideally one with service history. You may need to look at cars that are a couple of hundred over the two grand budget and get your haggling hat on, but you should do it. The vRS is a great, practical, fun car. It’s got no image or ego, it’s not a showy machine, it’s one for you to buy and enjoy. And enjoy it you will. Skoda really, really got it right with this one.