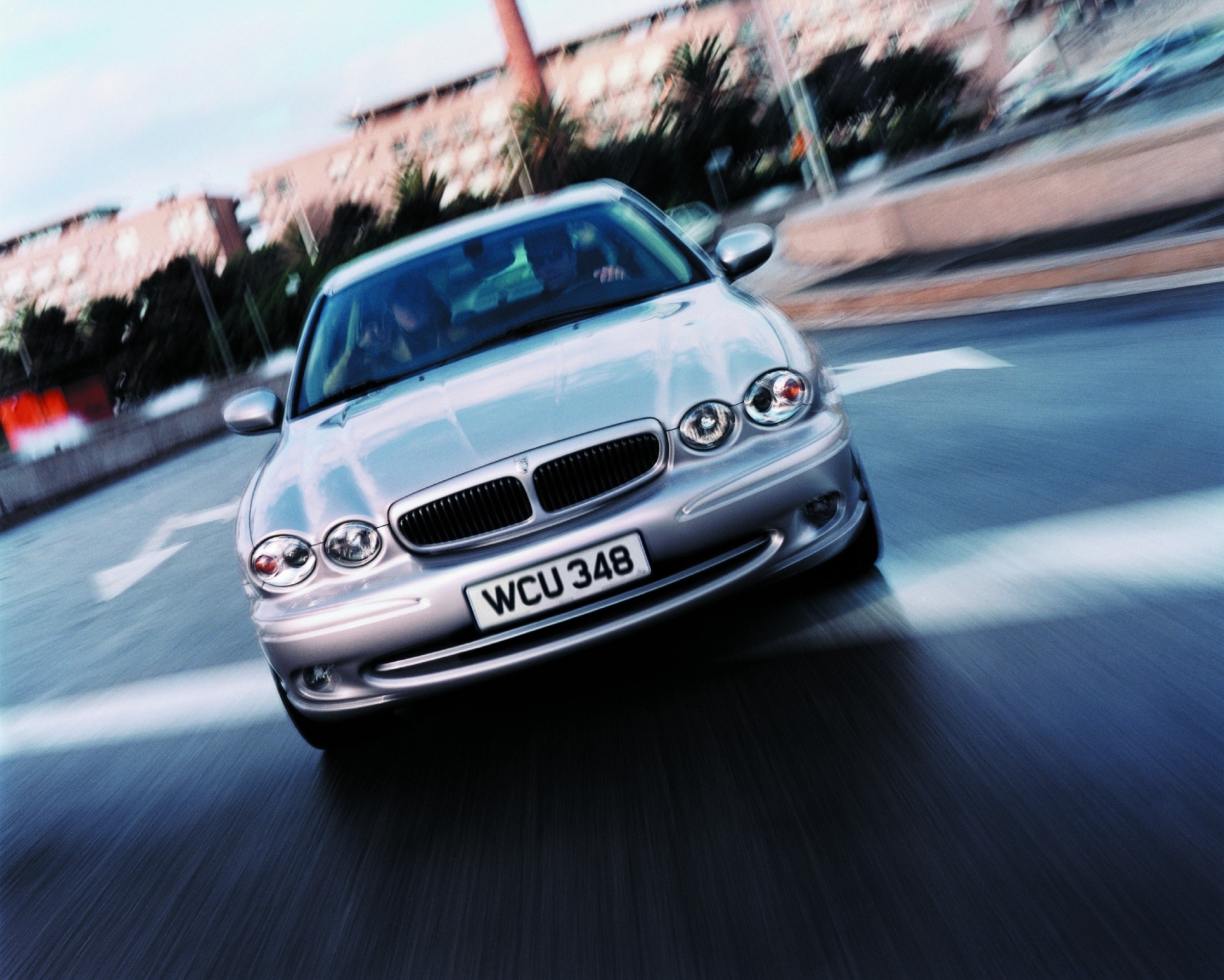 The Jaguar X Type. Mention it and your boring mate Dave down the pub will inevitably say “oh yeah, rubbish, based on a bloody Mondeo, that”. To which we say: shut up, Dave. Nobody likes you. And for the thirteenth time, the barmaid isn’t flirting with you, she’s just being polite. IT IS HER JOB, DAVE. You dick.

And Dave is a dick. On what planet is being based on a Mondeo a bad thing? The Mondeo is a damn fine car. We’ve had several and we liked them. They are good, comfortable, capable, reliable cars. So, by proxy, the X Type is, too. The poor thing. What terrible attributes to have.

The other thing Dave forgets is the correct usage of the word ‘based’. The X Type isn’t a carbon copy of Ford’s middle management best-seller, it just uses it as a base. Like how pancakes and Yorkshire pudding use the same base, but are completely different things. You wouldn’t put sugar and lemon on a Yorky pud, would you? if you do, have a word with yourself.

The base for these two very different cars was the snappily-named Ford CD132 platform. But even that was a modified version of the CD162, which in turn was a modified version of a CDW27, which was used on the early ’90s Mazda 626. So to use Dave logic, the Jaguar X Type is, in fact, a Mazda. Or, and here’s a crazy thought, the Jaguar X Type could just be, oooh, its own car perhaps? Mainly because that’s exactly what it was.

The first Jaguar X Types to roll out of Halewood didn’t look anything like a Mondeo. Yes, the keys were obviously Ford as was some of the switchgear, but that was about your lot visually. Other than that, it was all Jaguar to look at. The delicate twin front lights, the body-lines, the chrome, it was all unmistakably Jaguar. it was just draped over a platform many elements of which has been penned by Ford. But again, that’s no bad thing.

When the X Type was released you could have it with a V6 engine. Or you could go and buy something else. Ahh, those heady pre-diesel scandal, hell, pre ‘diesel is best’ days. Jaguar wasn’t overly stingy though, you could have it in two capacities. Firstly there was the 2.5, then there was the 3.0. The same 3.0 you’ll find in the mighty 220bhp Mondeo ST220. Yes, these engines were both plucked from Ford’s Duratec line and re-badged as the AJ25 and AJ30 respectively, but that’s not a bad thing. They were reliable, they were fast and in the case of the 3.0, a damn sight cheaper to insure than an ST220.

The only real problem was oil consumption. It wasn’t that these engines used a lot of it, it was more to do the with the fact that when the warning light appeared on the dash, it was already game over. Not so much a warning as a ‘you’ve f**ked it’ light. Drivers would routinely keep going, thinking it just needed to be topped up. It didn’t. The light relates to pressure, not level. If it’s on, something is awry. Keep driving it, something will bend.

The early cars were available in four wheel-drive only. You may remember the four wheel-drive Mond… oh right, there wasn’t one. It made the X Type into a brilliant road car, capable of taking on anything it was faced with. No, the drive wasn’t that involving, owing to Jag’s love of softening things up, but when it got you there come rain or shine, it didn’t matter. Plus, you bought an X Type to waft along in, not go apex hunting.

Later on a 2.1 V6 petrol was introduced with front wheel-drive. Then 2.0 and 2.2 turbocharged diesels joined the ranks, satisfying those trying get the most out of their company car allowance. That 2.2 was, again, from the Mondeo. The same 155bhp engine as found in the ST TDCi, as it happens. No bad thing.

Internally there was – notwithstanding the key and some switches – nothing Ford about it. It was awash with leather and wood, much like you’d expect from a Jaguar. Sadly though, Jaguar got a bit carried away. It was aiming the X Type at the A4 or 3 Series buyer, and that was a buyer used to clean lines and modern finishes. The X Type didn’t have any of that. It was like sitting in a Richard E Grant’s pocket.

Thankfully, Jaguar sorted it out in later models with a 2008 face-lift, bringing in better materials like Rosewood and including touches like double-stitching. Very fancy indeed. Your passengers will be happy if you buy one. While even the later models might not be as crisp as the German rivals, they’re still lovely. Sporty models even got a bit of carbon fibre. Madness.

In 2004, a staggering three years after the X Type hit dealerships, Jaguar finally offered it as an estate. This was big news because it was the first Jaguar estate. Ever. And it was penned by Ian Callum, a man who has shaped the face of Jaguar ever since his arrival. This is the man that brought us the F Type for heaven’s sake. He can doodle a car.

The estate really is the one to go for. The lines work better. The saloon is fine, but it looks like an awful lot is going on in a small space. Basically, Jaguar tried to get too much Jaguar through the mould. The estate goes some way to balance that out. Plus, it’s wonderfully practical. Should you need to go and take some spare change and unfinished caviar to the tip, you well-to-do type, you.

In terms of the safety side of things, the X Type did quite well. It was awarded four out of five stars by professional Jaguar jeopardisers, EuroNCAP. Front driver and passenger airbags, as well as side airbags keep you safe, while Isofix points in the rear look after your shorter humans. It also has dynamic stability control, which should help you avoid hitting a tree in the first place. Bluetooth became available from 2005, so no need to be distracted by Sharon from work trying to Whatsapp you voice clips of her car meowing. Heinous woman.

On the whole, the X Type is a great machine. It’s a bit of class for not a lot of money. In fact, you can get a presentable one for as little as £1,000. Spend a bit more and get lower miles and full history, just to be on the safe side. And also try and push for a 2008 onward model. The X Type got a face-lift before being killed off in 2009, and it’s that last car that is the one to have.

Then enjoy it. Make the most of feeling a bit posh, it’s okay. And it could always be worse. You could have bought a Mondeo…