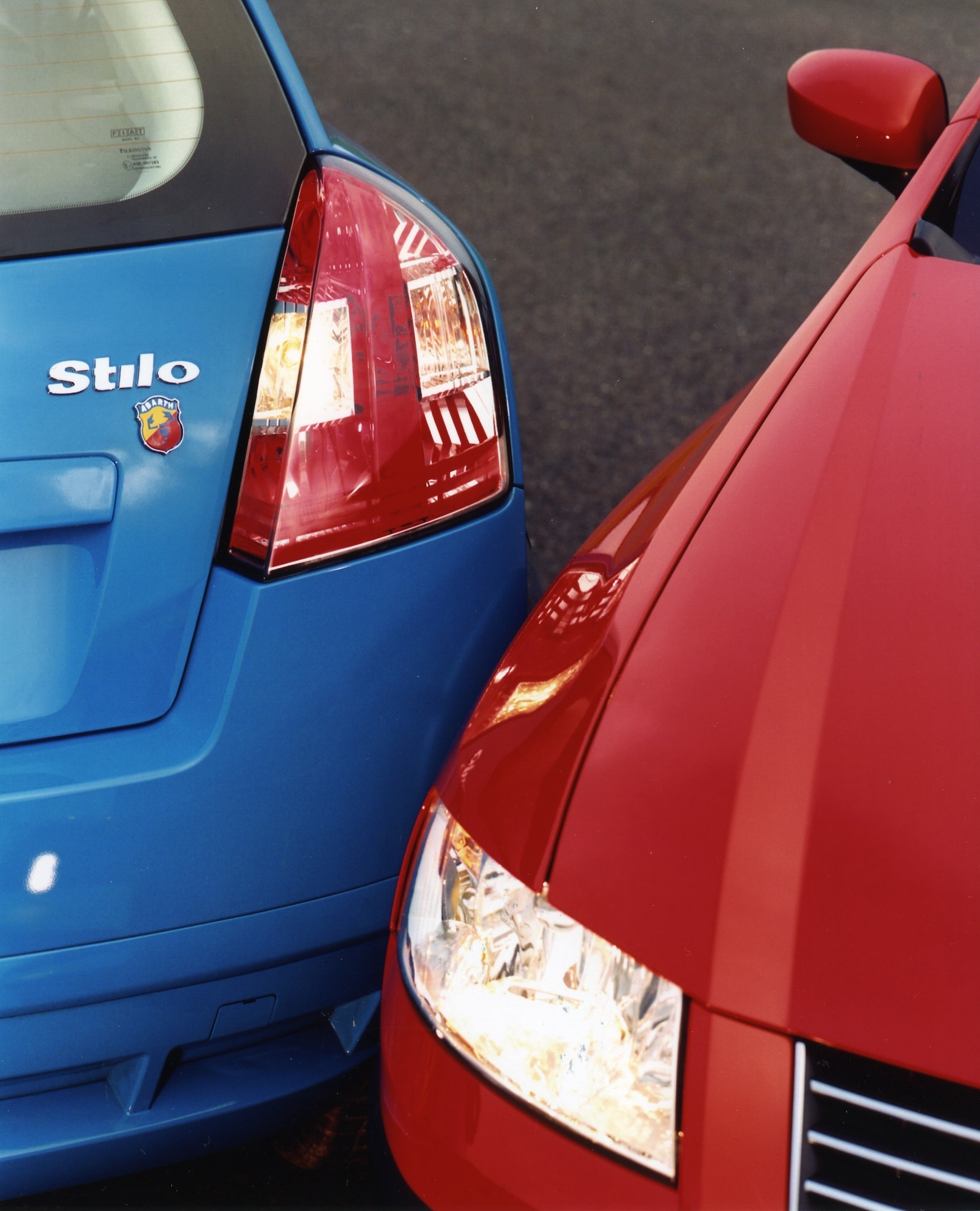 An Italian car with performance aspirations for less than £2,000. This can only go well. Ladies and gentlemen, may we introduce you to the Fiat Stilo Abarth. 2.4 litres and 170bhp of raw, five-cylinder, 20-valve, Italian magnificence. Or at least it will be if you buy one with a manual cog-swapper. Avoid the Selespeed version at all costs.

It’s not our normal form to open with a car’s negative points, but the hopelessness of the Selespeed automatic gearbox is the kind of thing we can’t ignore. So we’re getting it out there right here at the start. It is utterly useless. It was so bad that when the cars came back into Fiat dealerships as newish part-exchanges, they wouldn’t retail them. They just went straight to auction.

Do a quick internet search and you’ll be bombarded with tales of mental anguish and financial woe, all because of a gearbox. Life is too short for that. And if they were that crap when they were new, the passage of time won’t have helped matters. So, in conclusion, avoid the Selespeed. Okay?

Right, on with the Stilo Abarth…

Quite a handsome sucker, isn’t it? Square-jawed and with chiselled features, it makes for a memorable vehicle. At least we assume that was the intention of the Stilo’s designers. Sadly it turned out to be a bit of a swing and miss, what with it being a bit of a sales disaster.

Still, what was forgotten then is rare now, and when you’ve not got much cash to splash about, a bit of exclusivity is nice. The Stilo fits in with the N2G ethos beautifully. It an example of a decent car that has been forgotten in a seat of Fiesta/Astra/Golf-shaped ubiquity. The Stilo is your chance to stand out a little bit.

In lesser trim levels, the Stilo was a bit of a wet blanket. The 1.2 petrol engine was laughably slow and the 1.4 wasn’t much better. The 1.6 petrol was a better all rounder, though left you wanting when on the motorway. The 1.8 petrol was better on the motorway, but thirsty. then there was the 1.9 diesel. That was quite good actually. In fact, it still is, should you want economy rather than Abarth performance.

The Stilo was a soft, perfectly able mid-size family car. It offered plenty of comfort, plenty of space (especially in five-door and ‘multispace’ estate guise) and if you picked the right engine, it was decent enough to drive. It wasn’t revolutionary though, far from it. In fact, it was deeply forgettable. Launched in 2001, the Stilo took over from the original Bravo (remember that?) which was another sales flop. Looking back, they were unfairly ignored against the likes of the Astra and the Focus. The sad truth is that we like our Astras and Focuses (Foci?), so we weren’t going to be swayed by an odd Italian. A fact that remains true today (looking at you, new Fiat Bravo).

Fiat’s answer to dwindling sales was a hot version. It made sense, especially seeing as it had Abarth on hand to administer the heat. If you’re not familiar with Abarth, think of it as being to Fiat what AMG is to Mercedes-Benz, or Alpina to BMW.

Abarth was founded by Carlo Abarth in 1949, and it focused on making cars go faster as well as building its own cars, too. It also worked closely with Fiat from the start, and in 1971, it was bought out by them. Ever since, Abarth and Fiat have been one. As such, it knows the ins and outs of every car Fiat has built, and with that, it knows the best way to make them faster. Plus, all that heritage behind the Abarth name would surely bring the punters flooding through the showroom doors, right? Punters love heritage.

On paper the Fiat Stilo Abarth certainly had the numbers to fire up interest. Abarth yanked out the four-pot engines in favour of a five-cylinder, 20-valve lump with 170bhp. It also had 221Nm to play with, resulting in a 0-60 dash of 8.2 seconds. It was available in three-door and five-door guise, so that the family buyer could have some fun, too. Though the the three-door model is arguably a more handsome machine.

It might have stood a fighting chance had Fiat done things the right way around, but it didn’t. At launch, the Stilo Abarth was only available with that god-awful Selespeed automatic transmission. There was no manual option available. In a hot hatch. Seriously, what was Fiat thinking?

In fairness, the Selespeed wasn’t a bad transmission. You could work it as a clutchless manual, or as an outright automatic. And when it worked, it worked well. The problem, however, what that a lot of them didn’t work all that well. It wasn’t long before the motoring press picked up on the horrors that owners were facing, and from that moment on, the Stilo Abarth was doomed. Fiat did offer it with a manual transmission from 2004 onward, and it’s the one to have, but at the time it was too little, too late. In 2006 the Stilo was killed off.

So what was the Fiat Stilo Abarth like to drive? It was good. It perhaps wasn’t as planted in the bends as say the Focus ST170 due to the torsion beam rear suspension (which was odd, considering its predecessor had independent rear suspension) but the 20V engine with plenty of low-down grunt more than made up for it. Then of course there was the noise – five-cylinder engines just sounds bloody great, and the Stilo Abarth loved to make sure everyone could hear it. It’s not a car for shy, retiring types.

Then of course there was that manual transmission. While it may have only been a five-speed, it was smooth and direct and gave drivers far more control and with it, much greater involvement. It transformed the car. Had it been launched with this option, the Stilo Abarth’s history may have read a great deal differently.

In terms of the important stuff, like safety, the Stilo was awarded four out of five stars by professional Fiat flatteners, EuroNCAP. Not only did come with ABS, EBD and emergency brake assist, it also had Isofix mounts in the back for your small humans and a gaggle of airbags.

Fiat tried hard with the Stilo Abarth, but it never made far enough in the UK motoring consciousness, and that’s a shame. Despite clever marketing and limited run models like the Schumacher Edition and even a standalone rally class (the Fiat Stilo Rally Cup) The Economist still placed the Stilo into the report on Europe’s Biggest Loss Making Cars in October of 2013.

Still, if you’re looking for a hot hatch, you should consider the Stilo Abarth. It’s a rare gem, and one that is now appreciated and usually cherished by owners. Today when we think of Fiat, we think of the 500 and maybe the brilliant Panda, and that’s about it. It’s more than those cars though, as the Stilo Abarth proved. Or at least it did when it had a manual ‘box. Avoid that Selespeed at all costs. Unless you like sitting on the hard shoulder.