Ahh, the Vauxhall Omega. It’s one of those cars that you’ve probably forgotten about. Like the Scorpio, it was one of those cars from the ’90s series of ‘Keeping up With the Joneses’. The Germans were the Joneses. They had the 5 Series, the E Class and the A6, and the traditional brands like Ford and Vauxhall didn’t. And you have to remember, this is an age before that of the SUV. Back in the ’90s, things were still very traditional. Hatchback, estate, something sporty and something 4×4 if you were really lucky. That’s what was in showrooms. Not cars that were trying to be a sporty off road pickup convertible. You know, like today. Anyway, we digress. The Vauxhall Omega was an executive saloon designed to square up with the aforementioned offerings from Germany.

Back then, Vauxhall was still celebrating a solid executive back catalogue. It had given us the Cresta, the Ventora, the Carlton and then this, the Omega. Like those before it, and like every other executive car, it followed the tried and tested formula of engine up front, gearbox in the middle, power to the rear wheels. Executive cars had to be rear wheel-drive apparently. Some sort of executive bylaw. We might be making that up. 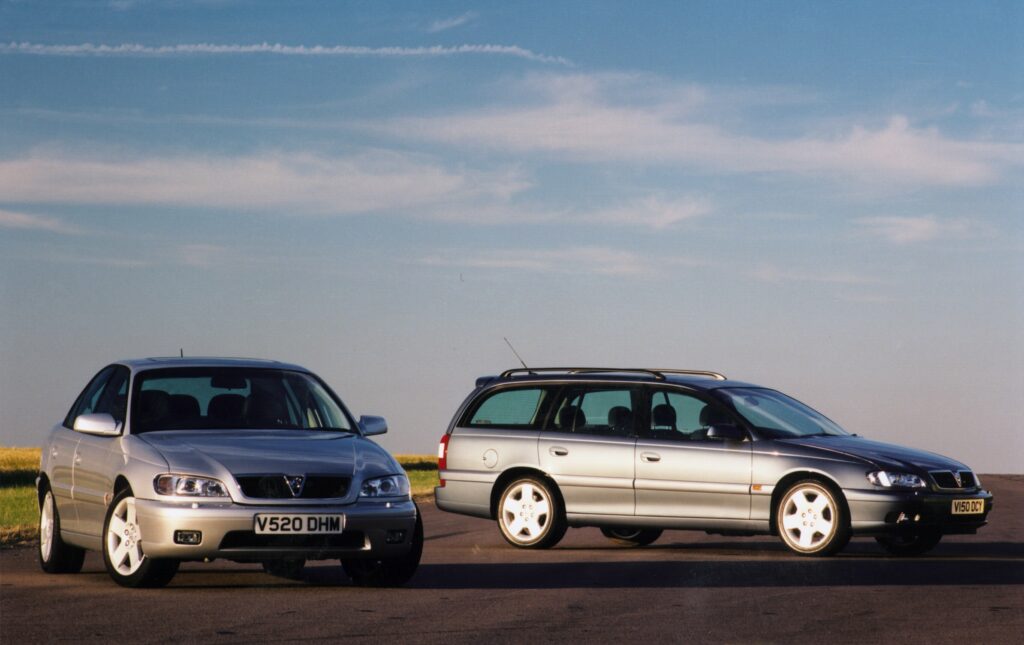 The Vauxhall Omega was an important car. It didn’t know it, but it would be the last of the line when it came to big, luxury Vauxhall saloons. During its life, the automotive landscape changed, and as such, the Omega was quietly killed off rather than replaced. Sure, we had the Insignia, but that was a Cavalier class car. It wasn’t an executive machine in the same way the Omega was; grand in proportion – and depending on how far up the company ladder you were – with a thumping great engine, too.

Today, the Omega is a car often overlooked, but it shouldn’t be for a number of reasons. Okay, so the 2.0 and the 2.2 are best left forgotten, not enough engine for the car. The rest of the range though, well, if you’re looking for a decent, but vast family car, you can’t go far wrong. And here’s why…

The Omega is still great to drive

Yes, it might be getting on in years, but the Omega is still a great car to drive. To be executive is to also be comfortable, and the Omega was like a familiar armchair. Vauxhall’s engineers clearly spent a great deal of time labouring over the chassis particulars. The Omega is, if it’s been looked after, a poised, responsive, engaging car to drive. It’s no VX220, granted. But it’s not trying to be. Instead, it tries to strike a balance between handling and comfort. You know, like the 5 Series and the E Class do, and it does it well. 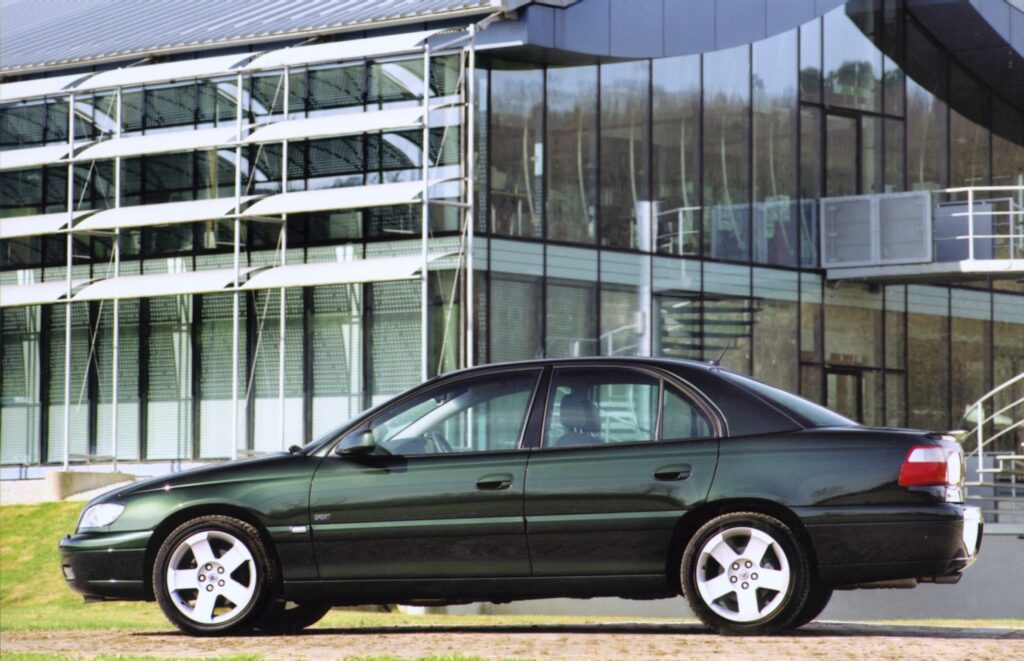 As per any good executive car of the time, the Omega was also available as an estate. People of the business world have families, too. And they would need to transport them. The Omega in saloon form is a big car even by today’s standards. You can fit three adults in the back without needing to break anything, and they’ll be able to stay there for more then five minutes, such is the comfort. The boot is also massive, despite being a saloon. Okay, you’re not going to be using it for tip runs or moving washing machines, but you will get a month’s worth of shopping in there. 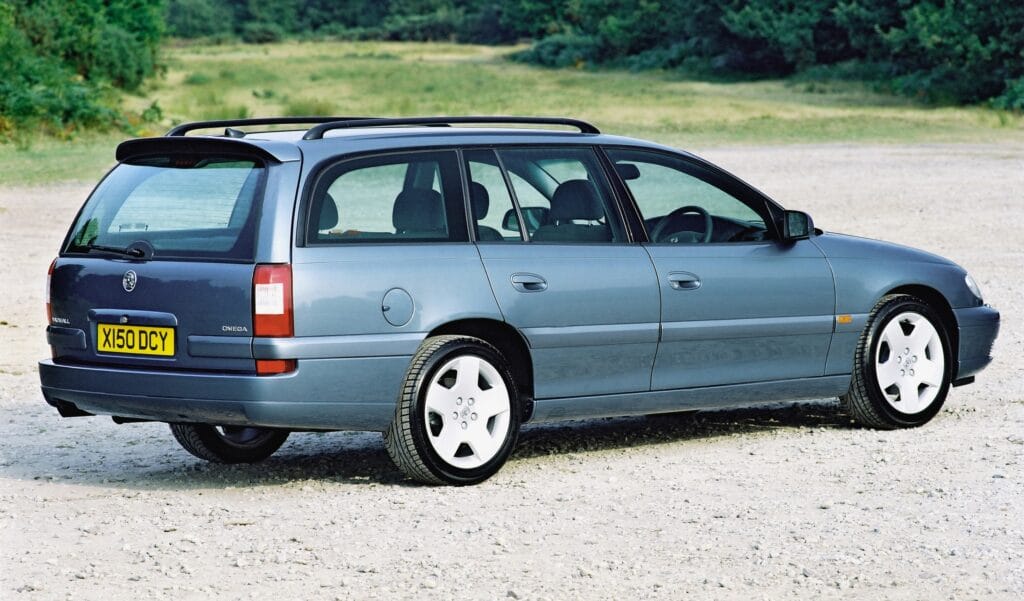 If you want all the space in the world ever, there’s the estate version. With a big, square arse, with a low entry point, it was and still is a glowing example of what an estate should be. With a load space big enough to have different weather than that of the dashboard, it’s a monster. Plus, we think the estate looks great, too. The lines aren’t anything new or dynamic. However, in being a bit staid, they are a nice reminder of how car design used to be, when all this were just fields and all that. 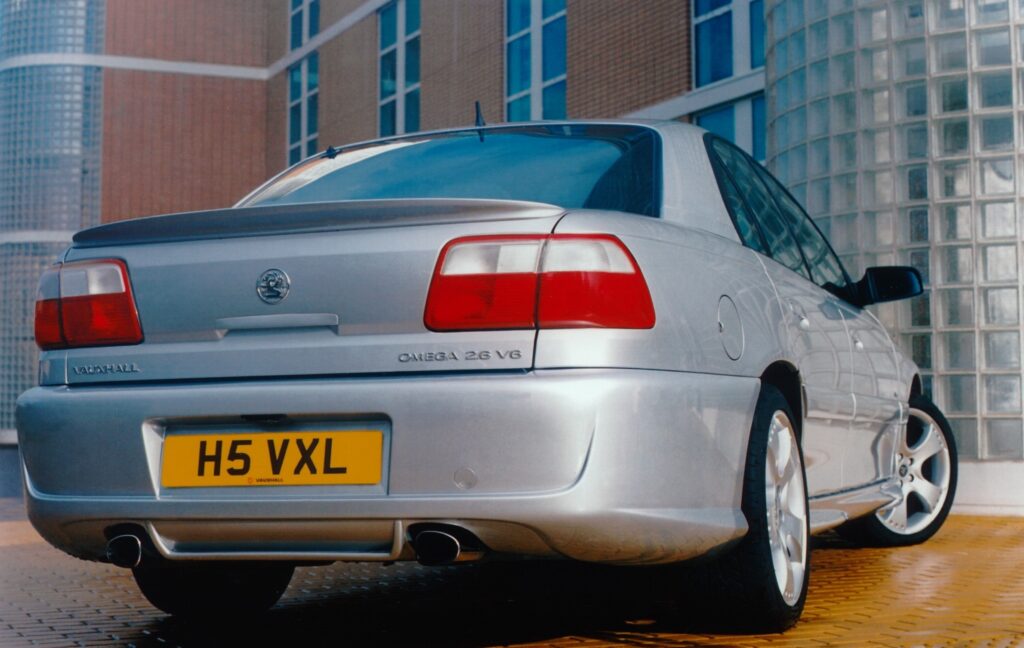 There were some four-pot engines. A 2.0, and in post ’99 facelift cars, a 2.2 as well. They’re engines. We can say that. But that’s about it. They were too small for the Omega’s heft. And yes, there were some diesel options, too. Again, the four-cylinders are best avoided, but the straight six diesel engines are great. They came from BMW, so are reliable and pack plenty of torque. Plus, they’re reasonably economical, which is never a bad thing.

All that said though, we say go big or go home. V6 petrol is where it’s at. There was a 2.5, but the 3.0 or 3.2 in later cars is the one to go for. You’ll more than likely end up with an auto, but if you can get a five-speed manual version, do it. It’s a proper riot to drive, and will keep you on your toes thanks to being rear wheel drive. Furthermore, V6 cars will be top spec MV6 models, which means you’ll get leather and all manner of electrical toys.

Should you buy an Omega?

We’re not your dad, we can’t tell you what to do. However, we can tell you that the Omega is well worth more than a moment of your time if you’re looking for a big, comfortable, practical family car. You don’t need an SUV. The saloon and the estate have existed since God was a nipper because they work. They do the job and they do it well. And the Omega doesn’t fail. It’s big, comfy, useful, not too hard on the eye and cheap to maintain. 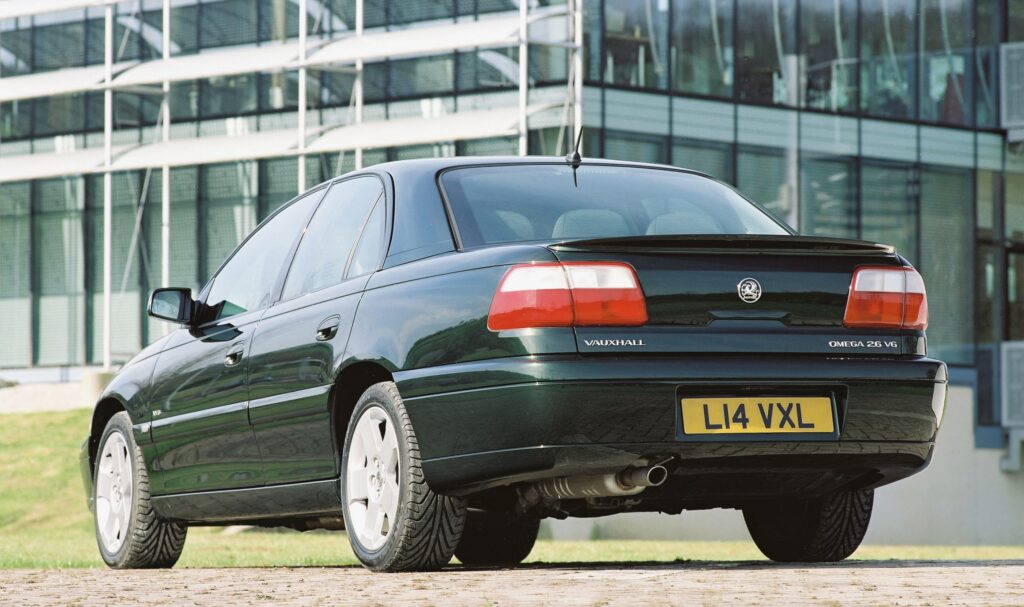 The other big selling point is that the Omega is starting to be seen as a bona fide modern classic now. The early cars are becoming sought after in good condition, and the more squared-off facelift cars are going to follow suit. As such, this means that any you find for sale today have more than likely been owned by someone with a bit of interest and investment. If an Omega has lived to 2020, it’s done so because someone cared for it. But, while you will get a good car, the prices haven’t gone daft yet, so you can get a minter for a tiny amount of cash. And is that not what N2G motoring is all about?