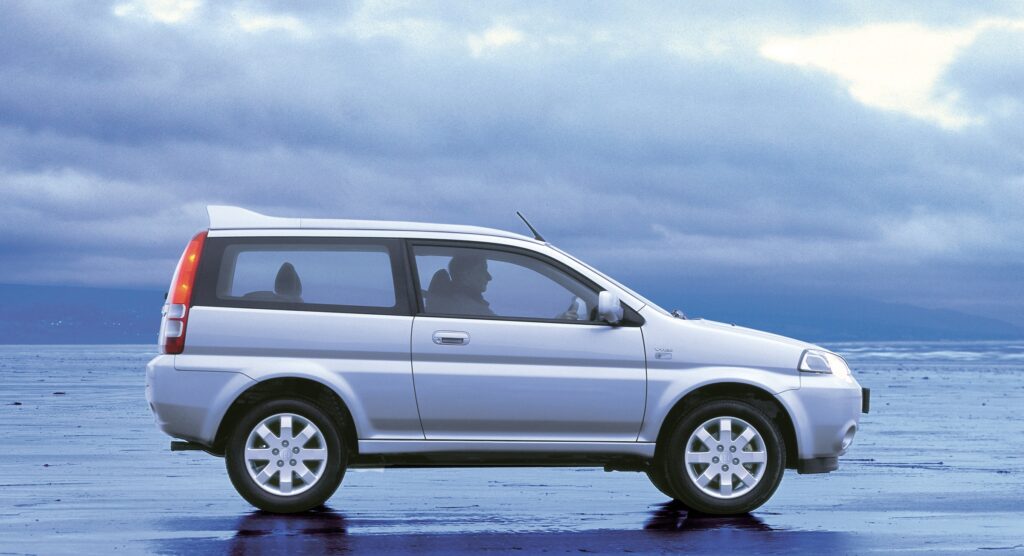 Do you need a car? Do you need one that is practical, that’s reliable to a fault and that you can stand and look at with your partner in same way proud parents look at their children when they’re not screaming? What you need, then, is the first generation Honda HR-V. 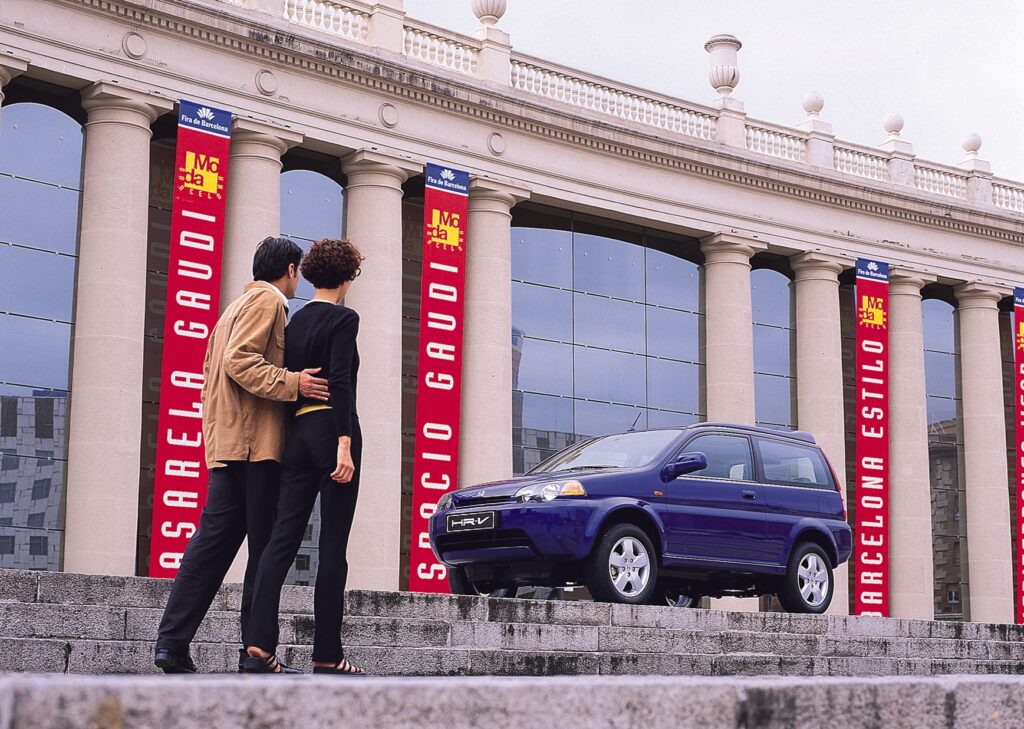 Look at them. They’re so proud. We think. We’re no experts on body language, but the lady doesn’t seem to be reciprocating the fella’s arm around her. Has he annoyed her? She seems salty. Maybe that’s not their HR-V and that’s why she’s annoyed? That seems plausible. We don’t own a Honda HR-V and we’re annoyed by that fact every day. It’s a fun, funky little car what still cuts a dash now, nearly twenty years after its launch. You can’t say that about a twenty year-old Fiesta, can you?

Honda positioned the HR-V as being a car for the youth market, for the people who bought cars because of their charm, not because of their stats in a road test. It was positioned in the market not as a crossover, but as a lifestyle vehicle. Hell, Honda even branded it as the ‘Joy Machine’ in the adverts, which pretty much sets the tone. It was fun. A car for people who like to smile, and man alive, if we don’t need a bit of that at the moment… 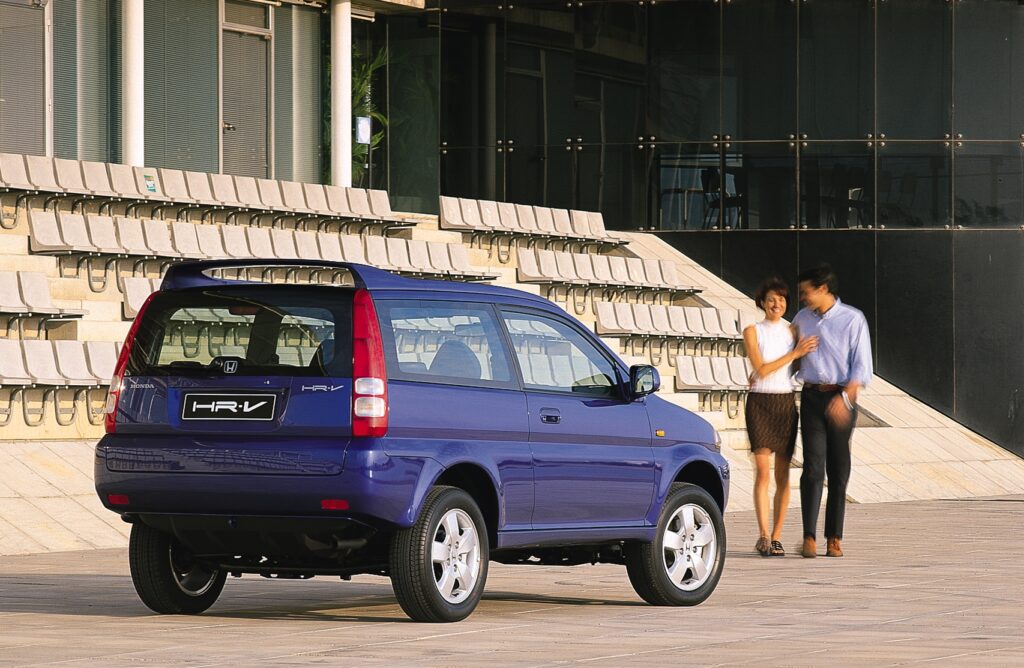 Ahh, the owners have turned up now. You can tell, look how happy they are.

At first, the HR-V was available as a three-door and a five-door. Honda was sure that the people buying it didn’t need five. However, in the end it conceded that better access to the rear seats would indeed mean more sales, so as of 2003 the three-door was canned. And we think that’s a bit of a shame, as we like the long-doored version. It looks more bold and more deliberate. Plus, the design looks cleaner, as there are fewer pillars to break up the windows. But hey, that’s just us. The five-door is of course much more practical, and for many, that’s what matters.

While we’re talking about practicality, we should mention the interior. It’s typical Honda stuff, and surprisingly isn’t all that exciting. However, it’s well made, it’s sturdy and it still hold up twenty years on. Honda knows how to screw a car together, and it shows with examples like this. It’s an ergonomic delight, with everything in reach and all the switches and interfaces are pleasingly solid and tactile. The seats are firm, the driving position is commanding and there is a decent amount of adjustment for the driver, though the steering wheel is only height adjustable. Reach is fixed. The front passengers also get lots of space, which is nice. However, the rear seats are lacking. Adults will need to snap body parts to get in, but they get cup holders as a reward. It’s a rear bench for the kids, and small ones at that. Access is tricky in three-door guise, too. Still, the rear seats do fold flat, so you can fill the back with surf boards and other lifestyle things. 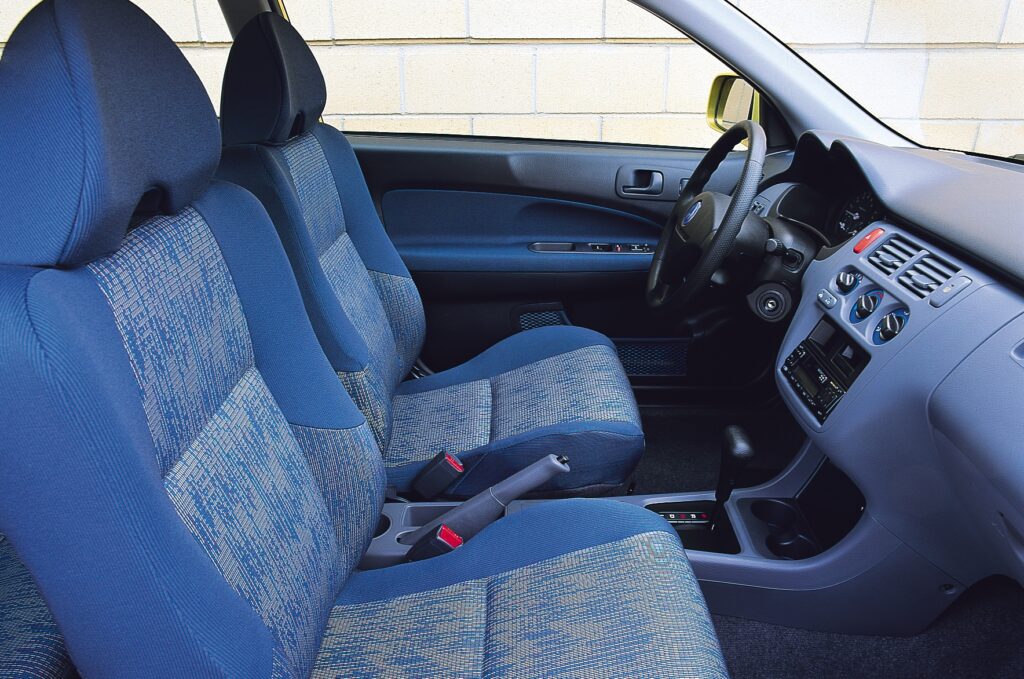 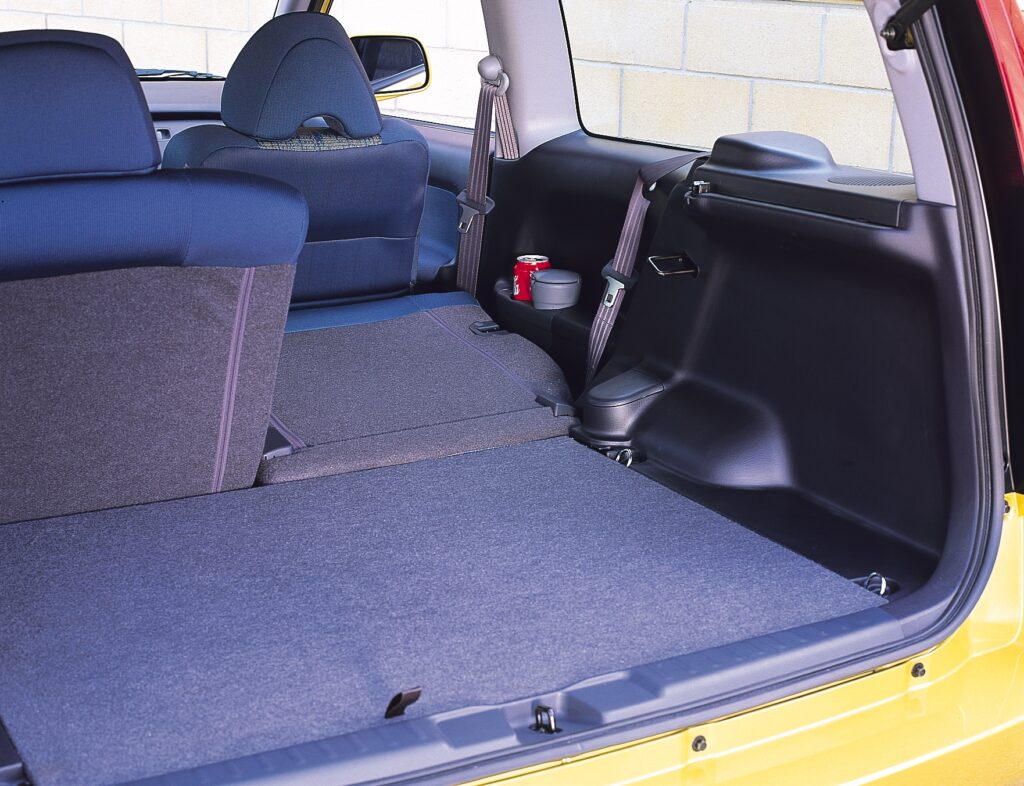 Power choices for the HR-V were limited, because there was only one. But don’t fret, as it was and still is a good one. You get a 1.6 petrol four-banger with Vtec, yo. It gets a little noise when being thrashed, but it does a good job of hustling the HR-V along. There was an optional CVT, which was hopeless, so only bother if you have one leg. The manual transmission is the way to go. Delightfully Honda, the shifting is tight and direct. It’s no Type R, but it’s decent. On the road, the HR-V isn’t going to set your pants on fire. The steering is a little numb, and the slab-sided deigns means crosswinds will treat you like an errant ping pong ball, but aside from that, it’s composed, it goes where you point it and it stops when you ask it. Not really a Joy Machine, though. Just a, um… machine. 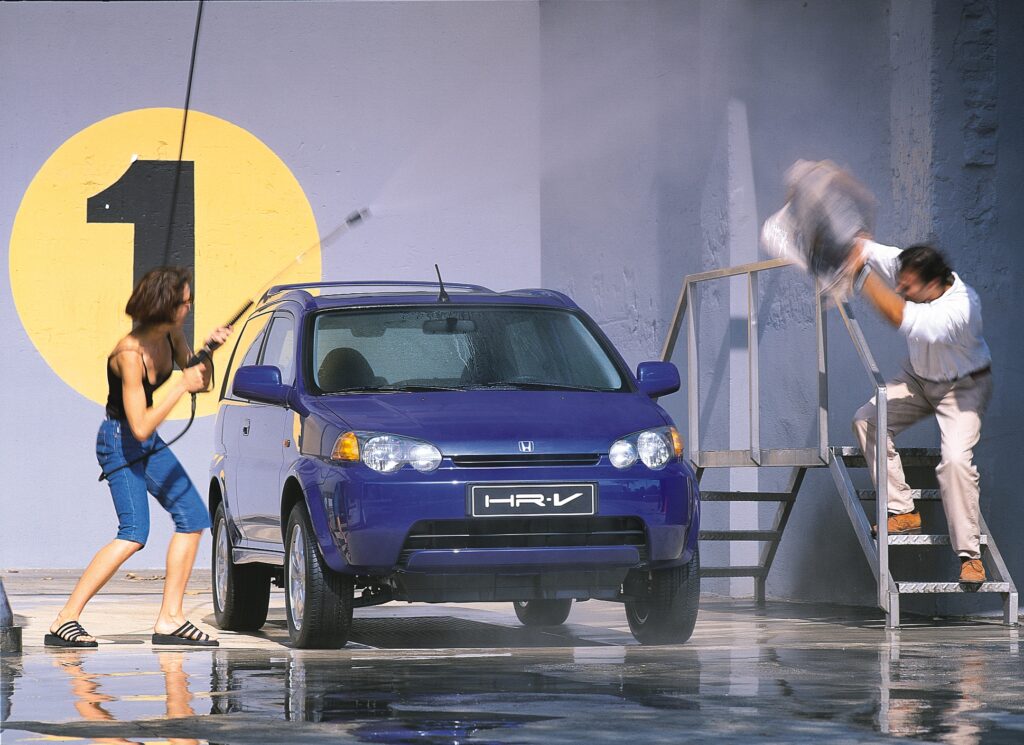 Look, this is how much fun you will have while washing it. Giant number one optional.

If you want some cheap wheels that carry with them a bit of personality, you can’t go wrong with the HR-V. You can pick them up for well under a grand, and as long as they’re still HR-V shaped and have been given the occasional service, they should run like a top. The HR-V isn’t going to be your full on family car, but it would make a nifty little commuter or similar. get a four wheel-drive one, fit some winter tyres and you’ll have a brilliant little weapon for the snow and ice. 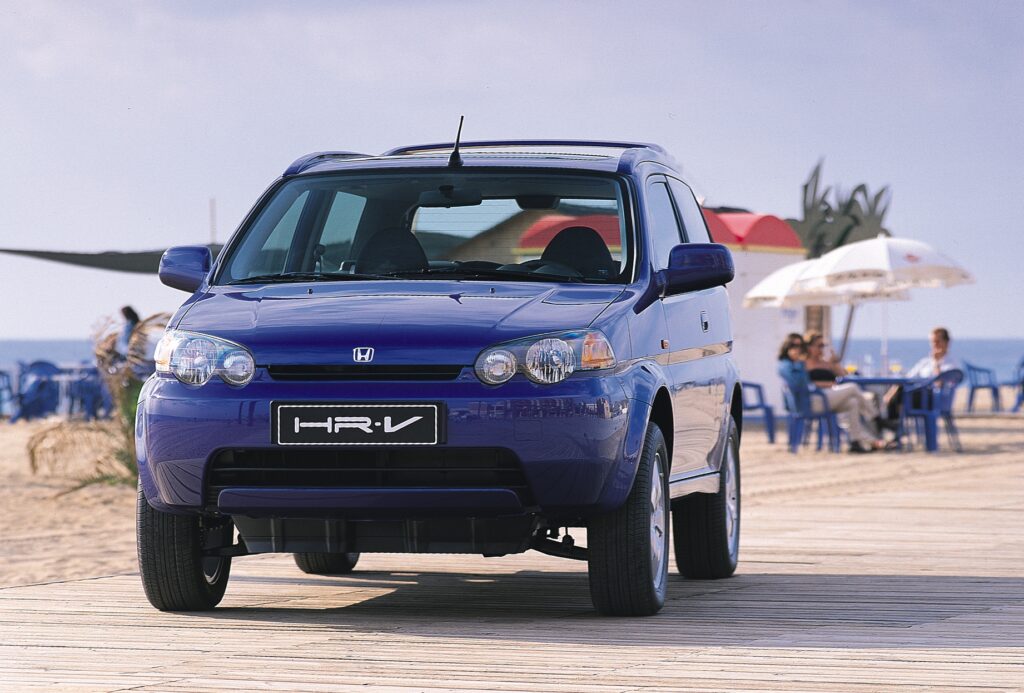 It’s just a cheap car, but it’s got something about it. There’s a charm here, and there is something deeply reassuring to come from the reputation for reliability held by Honda. The HR-V might have missed the mark a little when it was new, and that’s a shame. But don’t think that means you should dismiss it. As a second car, as a runabout, and as something that can be quite practical when you need it to be (for moving stuff, not people) the HR-V is a sure fire winner.