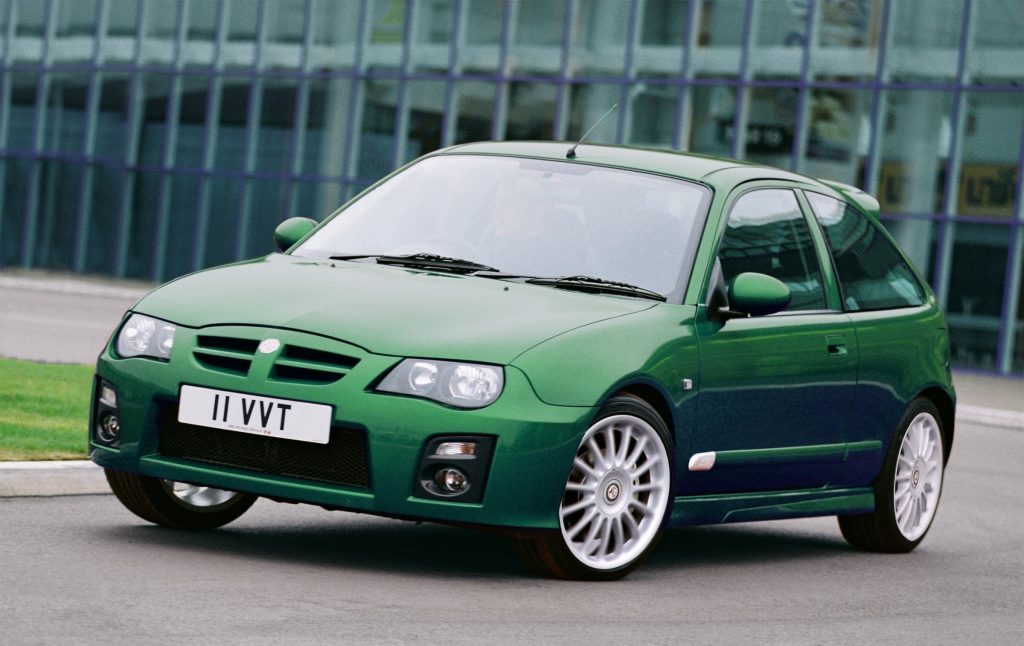 Quite why it’s taken us this long to get around to the MG ZS is anyone’s guess. Maybe we were distracted by something shiny. It does happen. Anyway, let’s not dwell on why and instead, let’s take a look at MG’s keen, if slightly underwhelming foray into the world of the hot hatch. Yes, nerds, we know the MG ZS was available as a hatch, but… shut up. This is our website. Plus, the ZR, due to being based on the ‘your granddad loves them’ Rover 25, is more traditional in terms of hatchback looks. It was a car that sat, whether it liked it or not, in the same playing field as the Focus ST170, the Golf GTi and the 306 GTi. Three very good cars indeed. Was the MG ZS better? No, not even close. However, just because a car can’t match its peers, it doesn’t mean said car should be ignored. The MG ZR is an honest, fun car. Unless you buy a diesel. Don’t do that. They’re crap. 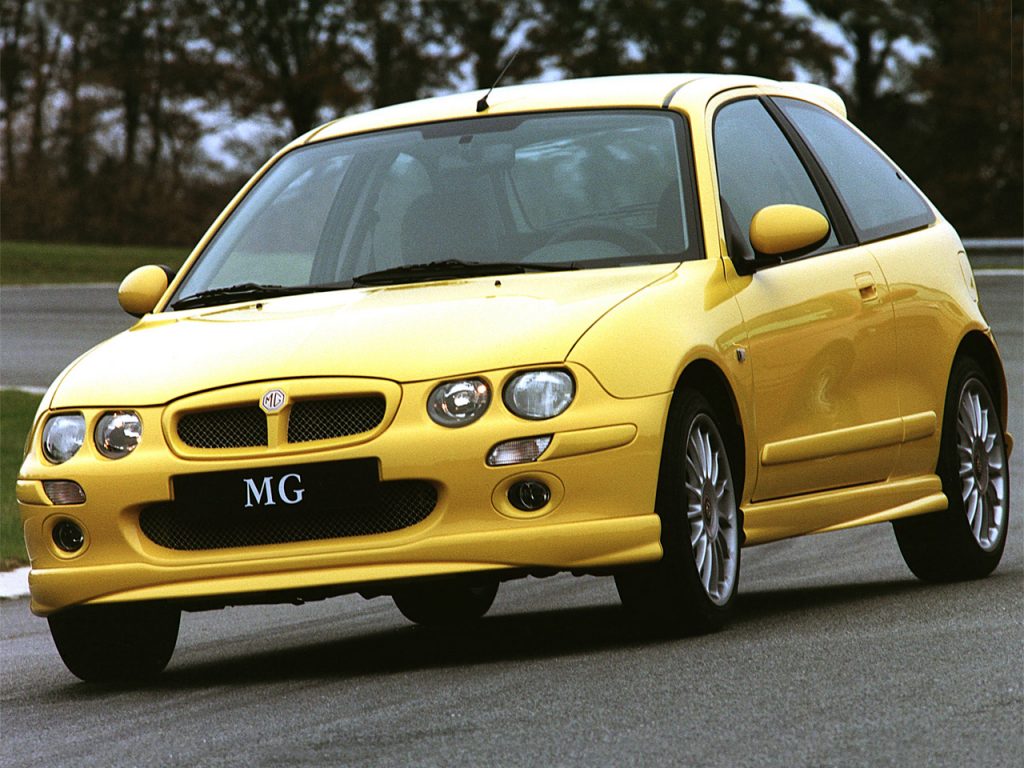 The ZR, good though it was, fell at the first hurdle by being based on the 25. The 25 wasn’t an inherently bad car, but it was branded, somewhat confusingly by Rover, as a ‘supermini’. So with that logic in place, it meant the ZR was also a supermini. This was good for Rover/MG, as it lowered the level of expectation. It didn’t need to be faster than a GTi or an ST170 because, technically speaking, it wasn’t in the same class. But it was in the same class. Because it looked to be about the same size as any other hatchback, and so the public decided it was not a supermini, it was a normal hatchback. This should, really, have killed the ZR before it even left the factory. But lo and behold, MG smashed the ZR out of the park by making it brilliant, and also by incentivising the yoof market to buy it with low-rate finance and free insurance. The young’uns were also keen because, and this was a genius play by MG, the ZR could be had with a paltry 1.4. But with all the looks of a much more powerful 1.8. Clever.

It sold like cakes that were hot. In fact for a while there, it was the best-selling product of the MG Rover Group. You might scoff at an MG today, but more fool you. It was a huge commercial success. 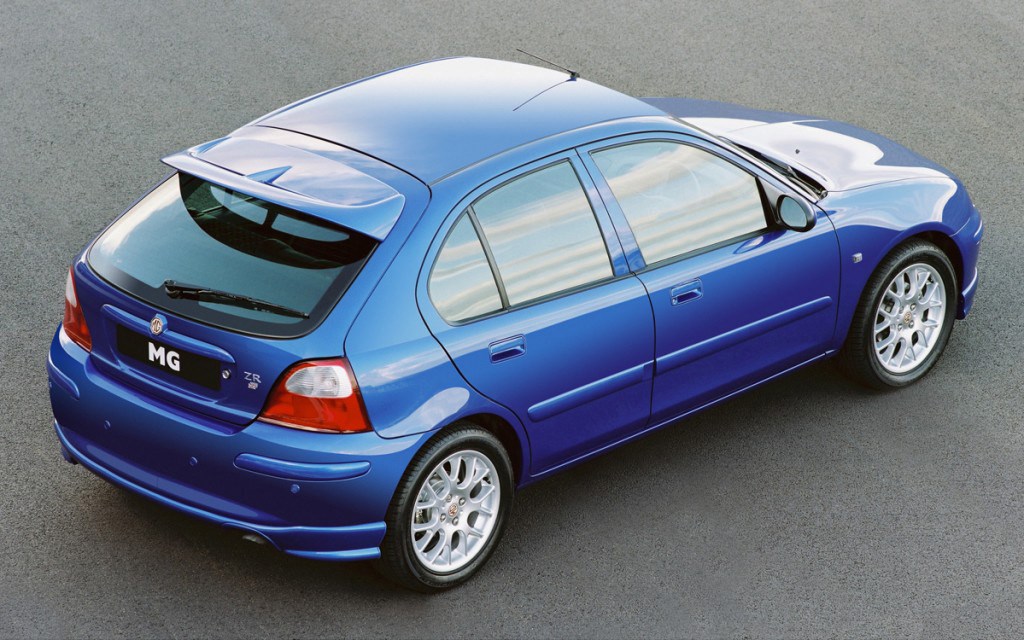 It wasn’t just clever marketing and the inclusion of a low-rent 1.4 engine. The MG ZR was genuinely pretty decent. It might have started life as a 25, but make no mistake, the ZR wasn’t just a 25 that had fallen in some bright paint. MG’s engineers had clearly worked hard to play with the chassis, making the ZR brilliant fun in the process. Drive one, even a paltry 1.4, and you’ll be firing into bends with a giggle. Make sure those MG-specific alloys are shod in decent rubber and you’ll have a car that is brilliantly flingable. It’s a joy to drive. A legit joy. Okay, the seats aren’t the best in terms of comfort, and the pedals are laughably close together, but once you adapt – and you will, very quickly – you’ll be smiling from ear to ear.

There were two diesel options for the ZR, but they’re not worth mentioning. Decent enough on fuel, but about as refined as blender from Wish.com full of grit. Don’t bother. It’s a hot hatch. Diesel has no place here.

Transmission wise, all engines came with a five-speed manual ‘box that offered a nice, direct change without too much throw. There was a Steptronic available on the 120 for those of you with one leg. You’ll probably end up with a manual though. If you do, watch out for a crunch fifth. Best case, the input shafts are bollocksed. Worse case, the ‘box needs a rebuild, the cost of which will pretty much write the car off unless you’re feeling brave on the spanners. You have been warned. 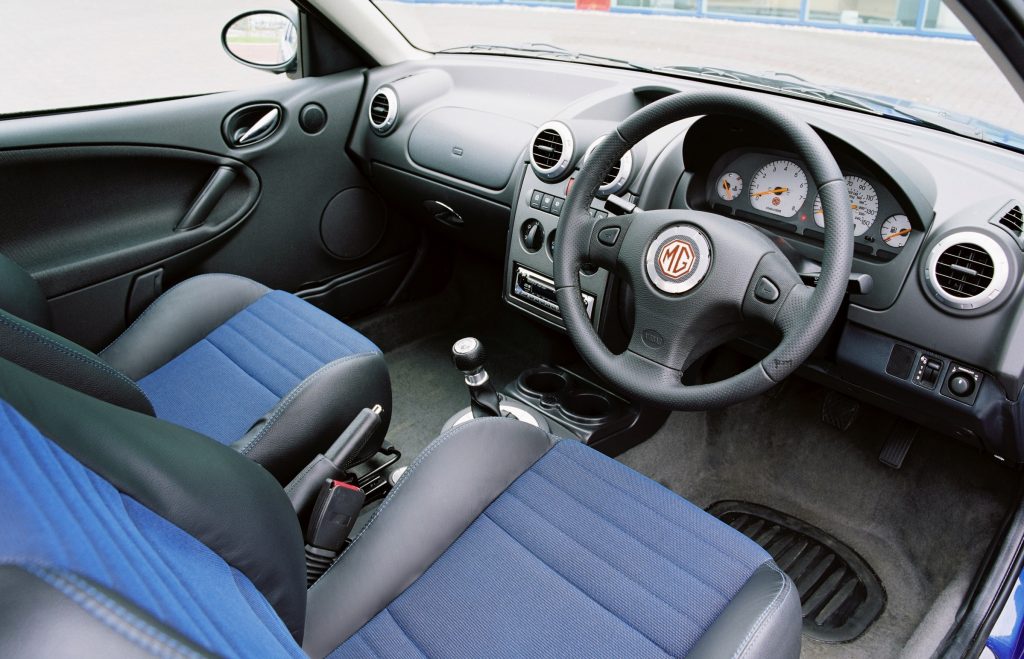 The exterior of the ZR looked great, and still does, especially in a bright hue. The metallic grey ones are okay, but really you want a red, blue or yellow one. It’s a fun, cheeky car, so shout about it. Do watch out for rust though, as the ZR can and will dissolve, especially around the rear arches, rearmost sill area and also the front wings. And also look for damage caused by overenthusiastic driving.

Inside, ugh, inside. This is where the ZR fell flat on its face. If you were to glue a steering wheel into a wheelie bin full of those black plastic tubs from microwave meals, it would be more refined. The seats look good, but they’re not that comfortable. You’ll probably want to change them. The dash is bland, poorly fitted and rattles like your gran’s teeth in winter. But hey, you do get white dials and big, fat (phat?) MG logo on the steering wheel.

In 2003, MG gave the ZR a facelift, which gave us the green car above. Taste is very much down to the individual, but we don’t like it. We prefer the quad lights and the mesh grille of the early cars. The later cars look too soft to us. But hey, it’s all about what you like. Though if you like the later cars, just remember that you’re wrong. In the face. 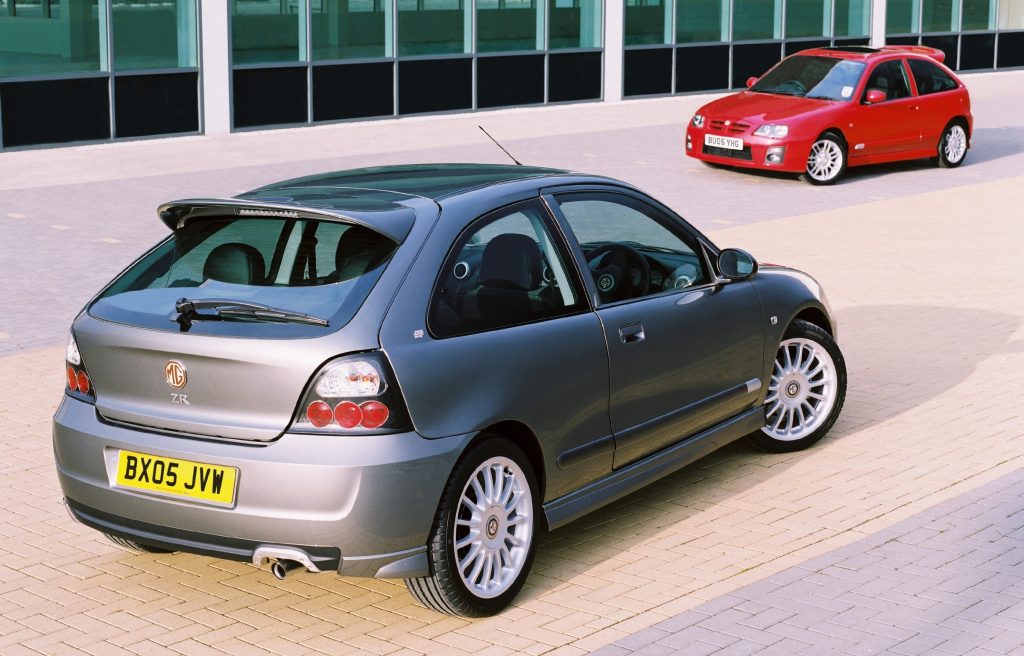 What else do you need to know? Hmm, there’s the safety thing. As a ‘nuts and bolts’ lump of car, the ZR is reasonably strong. However, because it’s based on the 25, and because the 25 is older than the baby Jesus, there is no EuroNCAP data. There are also only two airbags, which means the ZR is probably about as safe as falling down the stairs with light bulbs in your pants. The trick then, is to buy a yellow one so you’re effectively in a mobile hi-viz jacket. Also, try not to drive it into a tree. Also also, don’t put light bulbs in your pants. Unless that’s your thing. We’re not your dad.

We should also address the elephant in the room. Yes, this car was powered by a brace of K Series engines. Yes, they were never more than a heartbeat away from blowing the head gasket. But no, you should not worry about it. If you are looking at a ZR in 2020, the chances are the head gasket has already had a wobble and as such, has been replaced by something better. Check the history, ask the seller, they will know. 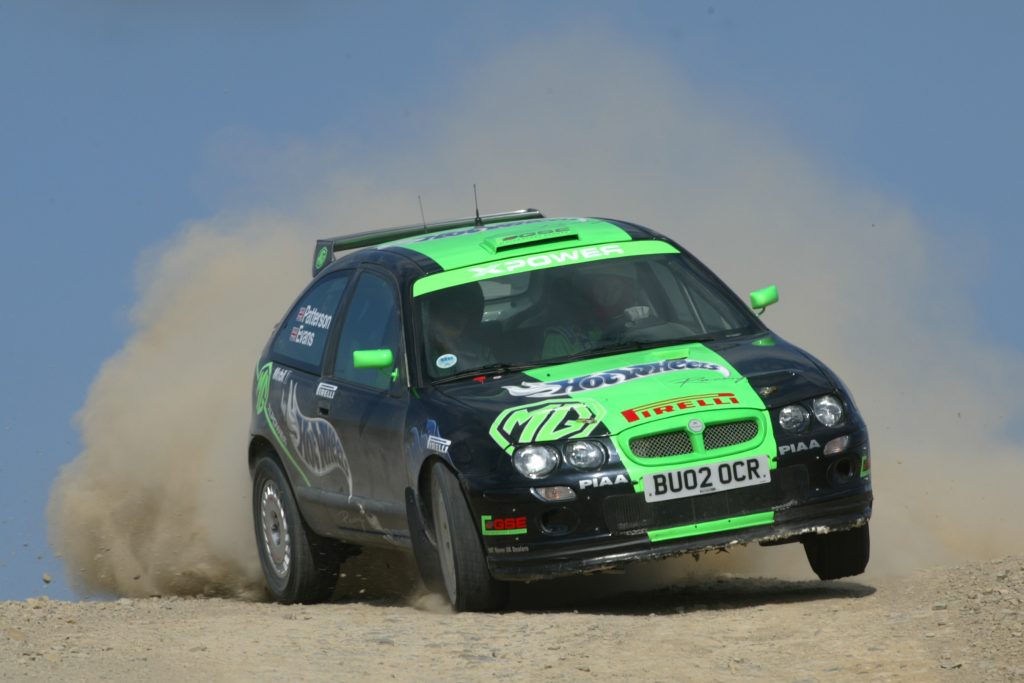 Which one should you buy? The 105 is painfully slow by today’s standards. Plus, because they were exclusively bought by children, most of them have been wrapped around street furniture at some point. The 120 is a good bet, with a decent bit of power less bus stop wedged under the front bumper. For us though, it would be the 160. But not for obvious power reasons. No, when it was new, the 160 was prohibitively expensive to buy and to also insure. As such, they were bought by people with a modicum of intelligence, and they were also cared for better in their early years. Of course today there is going to be a chance it’s been owned by someone who wears a baseball cap complete with chrome sticker, but even so, the 160 is a better bet. Plus, that 1.8VVC engine is an absolute babe. Your two grand will get you a lot of choice, and it will buy you one of the best out there, so shop about and get one with history and without a sticker-bombed pair of sun visors.

For us, the MG ZR is a bit of an unsung hero. It’s fun, it’s handsome and it doesn’t take itself too seriously, unlike others (looking at you, GTi). It was also one of the last hurrahs of the MG Rover Group, and that alone means it should be saved and enjoyed. They’re going to be making any more, are they? Get one, look after it, enjoy it and we think pretty soon, you’ll have an appreciating classic on your hands.