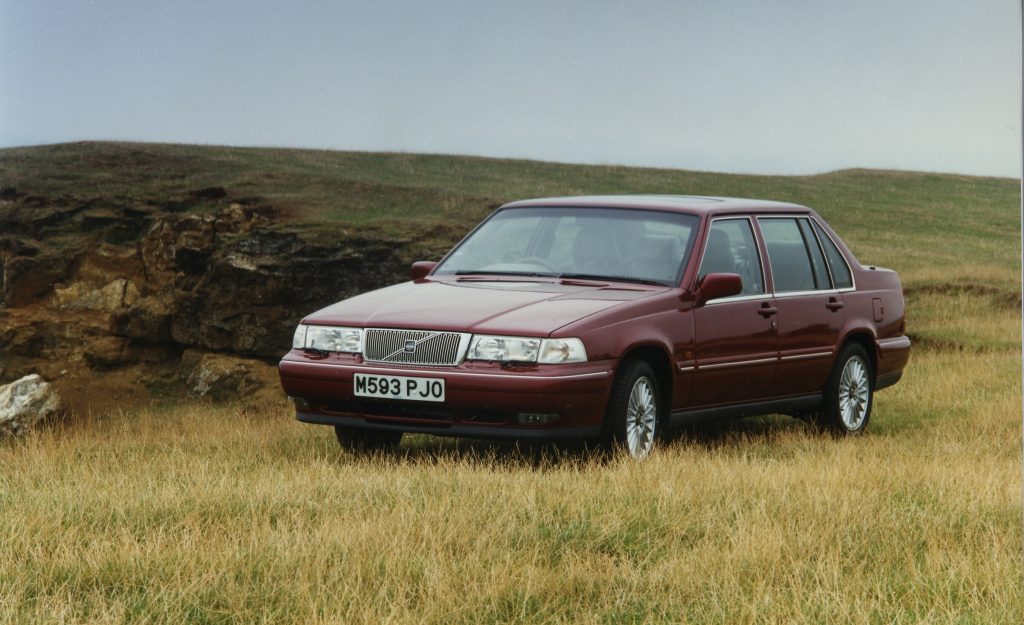 We bloody love an old Volvo here at Not £2 Grand. You know where you’re at with a Volvo. There’s no ambiguity, no identity crisis, no silly badges and no pointless thrills. Volvos are trusty, dependable old things. They are a four-wheeled sideboard. They’re a comfy sofa. They’re your mate. Yes, a Volvo is a mate. It’s there for you, it will do anything for you and it will do its best to never let you down. Man, old Volvos are great. Plus, if you drive one into a tree, or through a bungalow, you’ll more than likely be fine, such is the impressive safety available on Volvos, both new and old. We like the older ones though. The new ones are a bit… hipster? Is that even possible? They’re trying a bit too hard to be cool, right? Don’t get us wrong, we love new Volvos too. But we’d rather have an old one, like this, the mighty Volvo 960.

The 900 series was introduced in 1990 to replace the then ageing 700 series. However, it was more of a really, really heavy face-lift rather than being an all-new car. Thankfully though, automotive face-lifts are generally good, which is why this Volvo doesn’t look like Mickey Rourke. Instead, it looks like a brick. Because in 1990, Volvo was still gripping the ruler like a child would grip a bag of Haribo. The resulting car was square, but it was also smoother and less cluttered than the 750 it replaced. It was still unmistakably a Volvo, but with a bit more attention to detail. 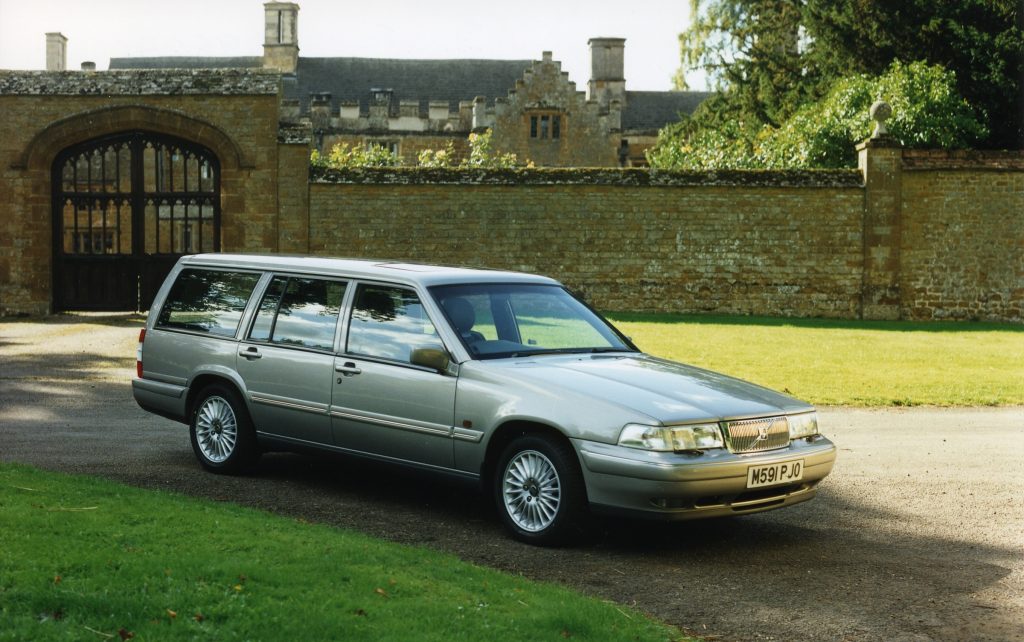 The 960 was the flagship car for Volvo, and as such, it carried on its shoulders a responsibility to push the bounds of what Volvo could do. A difficult task considering it was largely a 700 underneath. However, Volvo made the 960 stand apart by fitting it with an all-aluminium straight-six, 24-valve 3.0 engine. This slick power plant developed a whisker over 200bhp and some 267Nm – perfect for when the boot of the cavernous estate version was full of antiques, or dogs, or bodies. Whatever it is Volvos haul about.

On the back of it was a four-speed automatic transmission, because one can’t be seen to be changing one’s own gears in a 960. At least not at first. As in the mid ’90s Volvo offered the 960 with a 2.5 version of the ‘white block’ all-ally engine. This could be specified with a five-speed manual transmission. These cars are rare though, and when they do come up for sale they’re almost immediately bought by someone who posts in the Driftworks forum. Dem driftybois love a Volvo, M8. Etc. 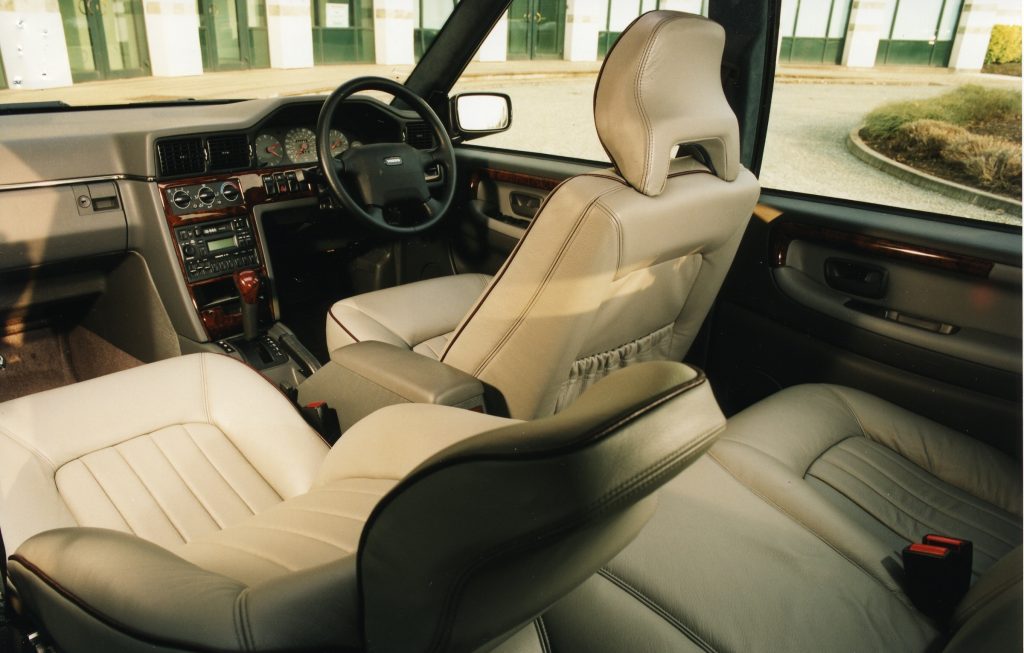 Inside the 940, you’d often find fabrics that would last until the day the sun consumes the earth. These same fabrics would also double up as sandpaper when asked. In the 960, it was a much more luxurious affair. Most of the models you’ll find surviving today will be filled to the gills with leather or half leather, wood and lots of beige things. It’s not the most stylish interior, but it is functional, it is durable and it should all work. It might even have a built-in child seat in the back, too, which is cool. And obviously, this being a Volvo, you get airbags aplenty and seatbelts with pretensioners, including one for the middle rear-seat passenger.

If you’re looking for a 960, the estate is the more popular model given the cavernous and square load space out back. However, remember that for many buyers, the Volvo 960 is, sadly, just a cheap car. As such, someone may have used it as a convenient workhorse. Look for any signs of damage, spilled paint, bodily fluids, the usual stuff. Trim for the rear of a 960 estate is hard to find, so best case, you’ll need to repair it. Worst case, live with it. 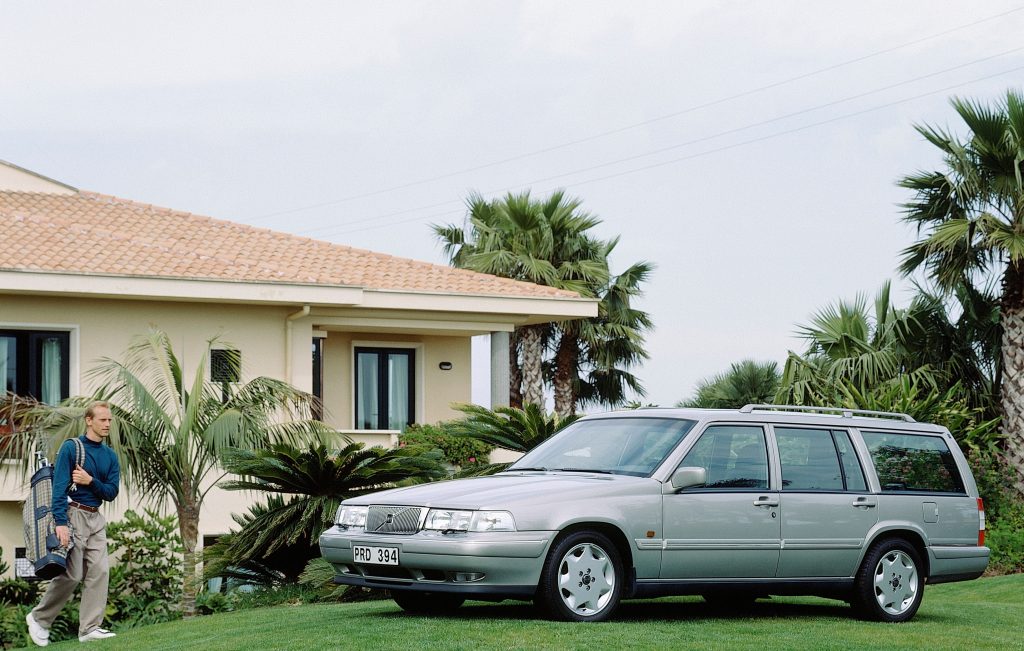 The saloon is, of course, worth considering. These are often cheaper than their estate counterparts, and also usually less abused. The boot is still cavernous – the 960 is a MASSIVE car – but by being a saloon, you’ll only be able to move lots of small things, rather than one big thing like the estate. However, you should still be able to get a body or three in there. You know, if that’s your thing?

When Volvo introduced that 2.5 version of the engine we mentioned above, it also gave the 960 a new look. That’s the car you’re looking at above, with that slim front end and clear indicators. It gave the 960 the fresh look it needed to keep it from looked ancient next to the other cars in the showroom like the 850 and the 400 series. It’s these late model examples that you want, as not only do you have the option of the slightly more frugal 2.5 170bhp engine, you also get a chassis that was heavily re-worked to improve handling and stability. It didn’t turn it into an apex hunter, but it did make handle a bit more like a car and a bit less like a wardrobe that had been thrown in a canal. 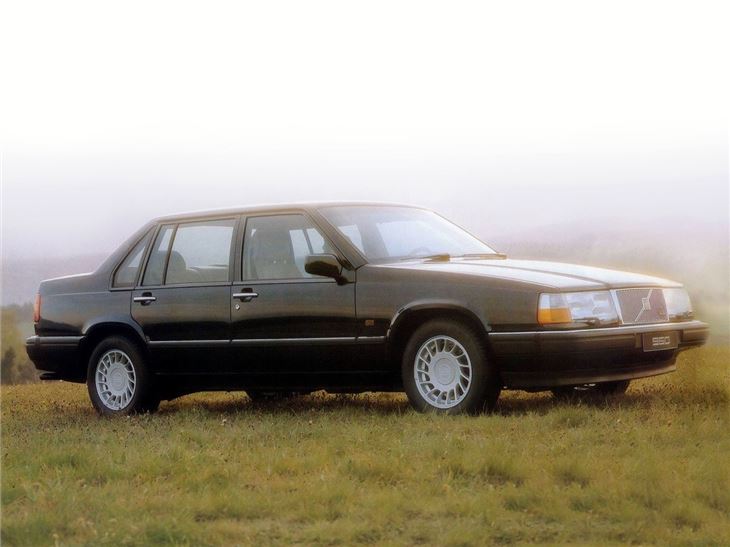 This be a pre-facelift model – BARE KNOWLEDGE, BRUV.

If you fancy one, we say go for it. As we said at the start, we like an old Volvo. They’re generally driven by sensible people with sensible shoes and stuff, and that’s who you want to buy a car off. Just avoid anything with a Monster Energy sticker or a welded diff. Also avoid anything that’s been used a van, as it’ll be shagged. Check the history, too. Volvo fanatics love the 960, but they don’t like telling you that the 3.0 could crack cylinder heads. They also won’t tell you how much they love to corrode from the inside out. The 960 is very much one of those cars that can look great, but in fact be more rotten inside than Piers Morgan. You have been warned.

Get a good one though, and you will love it. There is a deeply passionate and knowledgeable following for the 960, including the Volvo Club itself. Parts are still largely available and if you stay on top of the oily bits, reliability shouldn’t be an issue. Get an estate and you’ll have all the car you’ll ever need, literally. It’s probably big enough to live in. Don’t though, because that would be weird, especially if you invite family round for Sunday dinner.