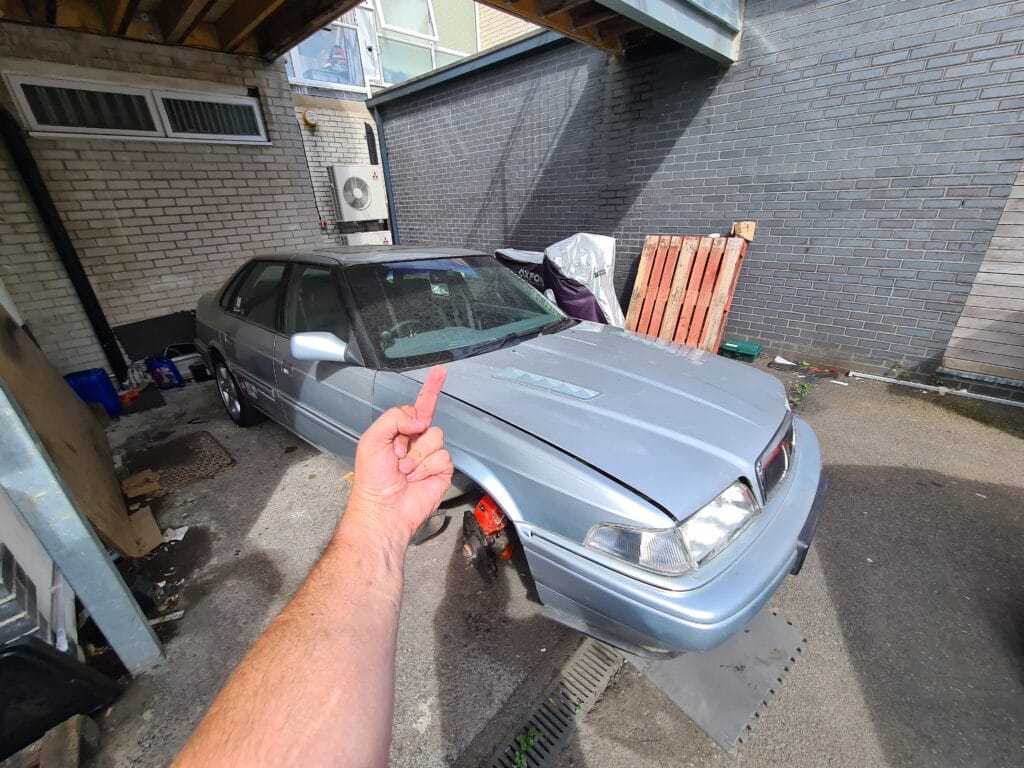 In the last update on Project 800 there was much joy, many smiles and possibly a little bit of dancing. After two years throwing spanners and countless new parts at it, it was road legal. No longer broken, I could drive it. Woo and indeed, hoo. Sadly though, the car’s newfound legality was instantly hampered by a man eating a bat. Yeah, lockdown meant I couldn’t really go anywhere. Shame. But there we are. That said, so excited was I about the 800’s willingness to drive, I decided to nominate it as the primary car for when we did need to go out. You would, wouldn’t you? And I did.

One journey out however, which was to the pharmacy before you write to the Daily Mail, reset the clock on the project. On the way back, and while possibly leaning on the throttle in a manner What Car? would describe as ‘spirited’ there was a bang, a lot of grinding noise and some whimpering from myself.

My first thought was that the notoriously delicate PG1 transmission had imploded. However, with the engine running and the bonnet up, I realised it was something else. Namely a snapped driveshaft. You see, the shaft was spinning. While the car was stationary. They shouldn’t do that. Yay. It was broken. Again. 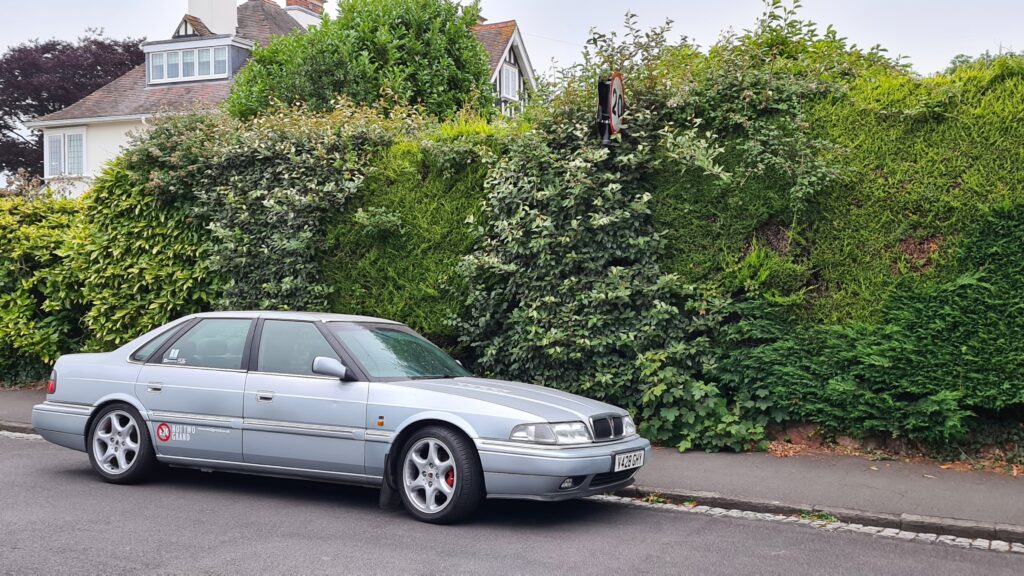 After sheepishly asking my neighbour to tow me home (which was a faff, as I had to then follow him to the stricken Rover in my other car, leave that there, then walk back to get it – social distancing, like) I put the car back in the naughty corner and ignored it for a bit. I’m lucky in that I have a C Max as my sensible ‘dad’ car and a battered old W124 should I want to go all German. I don’t need the 800. It’s a toy. A car that exists, really, to satisfy this site’s need to have a project car. That, and I like. But I digress.

I ignored it for a bit and waited for some enthusiasm to hit. Eventually it did and I set about stripping the offside front down. Brake caliper off, disc off, upper and lower joins off and split. I then discovered the track rod was shagged, so took that off and ordered a new one. I also had a look at the driveshaft, and it was definitely not connected to anything at the CV joint end. I thought it had maybe popped out. Certainly, when I removed it from the CV joint, that looked to be the case. But then, after some digging through the thick molly grease, I found an unwanted pound coin-sized bit of metal. What the car had done is shear the end off the shaft at the point where the retaining clip should live. The clip itself, which should stop such things happening, was nowhere to be seen. So whether it was absent altogether, or had been chewed up and spat out, I don’t know? Whatever, it was broken. 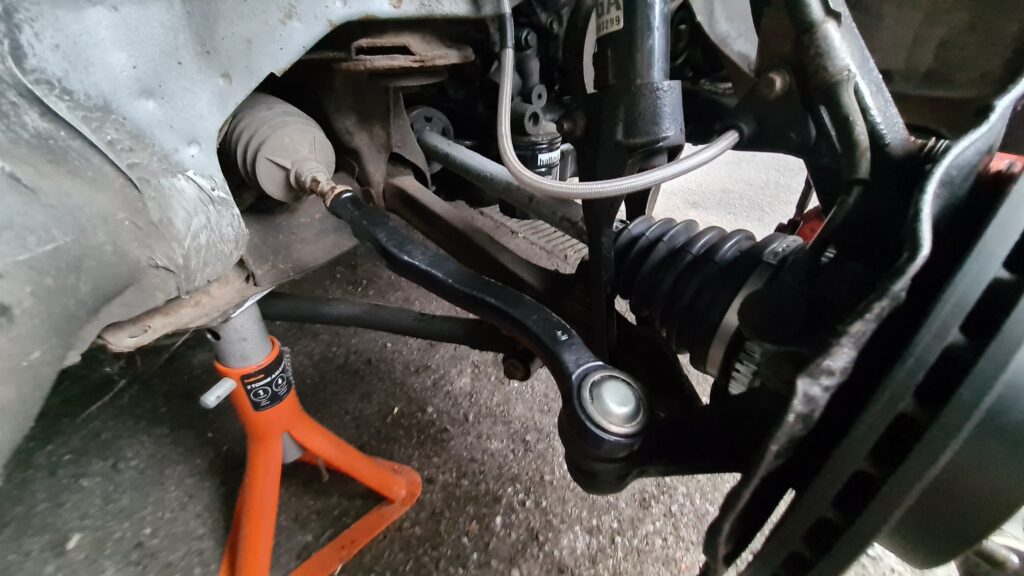 Now, on a normal car, you’d just order a new driveshaft and have at it. But this isn’t a normal car. It’s a Rover. I hunted for a shaft, but nothing came up. Then I found a brand new one on eBay. The part number lined up. I couldn’t believe my luck. £34 later it arrived, I put a new CV on it, new boot, new clips (CV clip pliers are the best tool money can buy, incidentally) and put it in the car. At which point I realised the new shaft was wrong, and was about four inches to short. Bollocks, I believe is the word.

Frustrated, i ignored the car for a bit longer. But soon felt the pang of guilt every time I looked at it with no wheel and no suspension on one corner, so I started hunting again. This time I found a used shaft from a turbo coupe 800, so was confident it would work. £55 later it was at my house. Looking a bit rough, I only kept the actual shaft and binned the CVs as I had brand new items. I cleaned the shaft up, painted it, fitted the new ends, chucked it at the car and bolted everything back on. It was the right length, so all would be well, right? 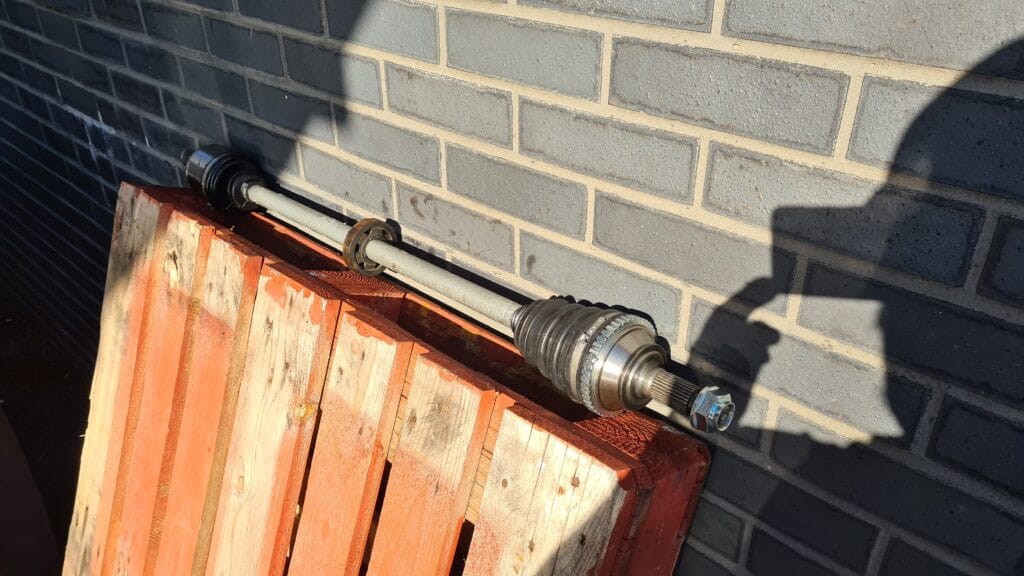 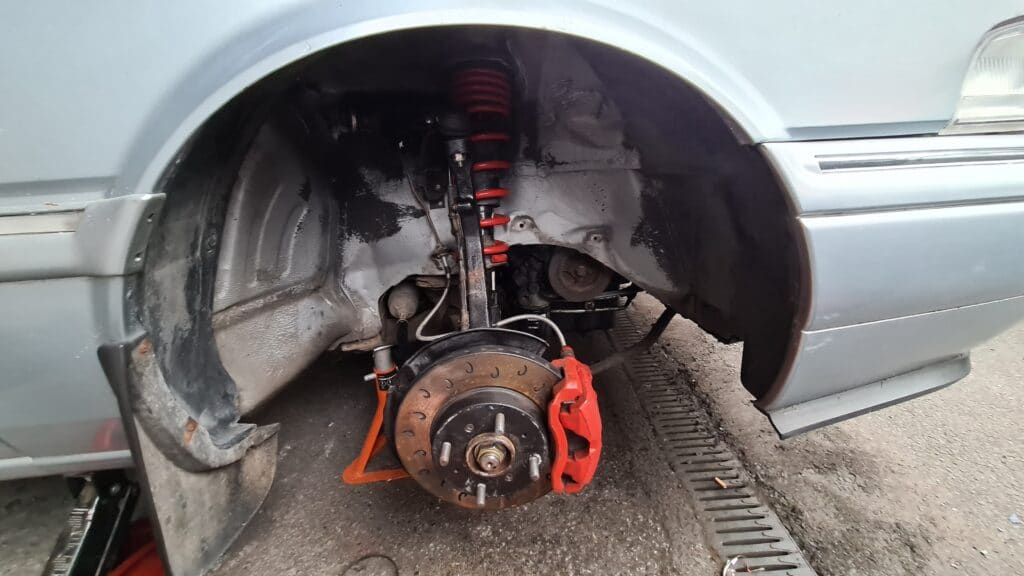 With the 800 back on all four, and hopefully no longer with any broken bits (and yes, a new clip was fitted to the shaft) I fired it up, gingerly selected first and… HUZZAH, it drove. I had fixed a thing. It was an immensely proud moment, as I am by no stretch of the imagination a mechanic. I’m a hobbyist with a lot of tools. That’s about it. So for the car to suddenly be moving again, well, that was quite the moment. Still, I didn’t want to start counting my Cowley chickens just yet, so slowly set about doing a lap of the local streets. Never fast enough to bother the T25, it was a slow burble around. I was nearly home, feeling a huge swell of pride when… bang, no drive, grinding noise. MOTHER FU… 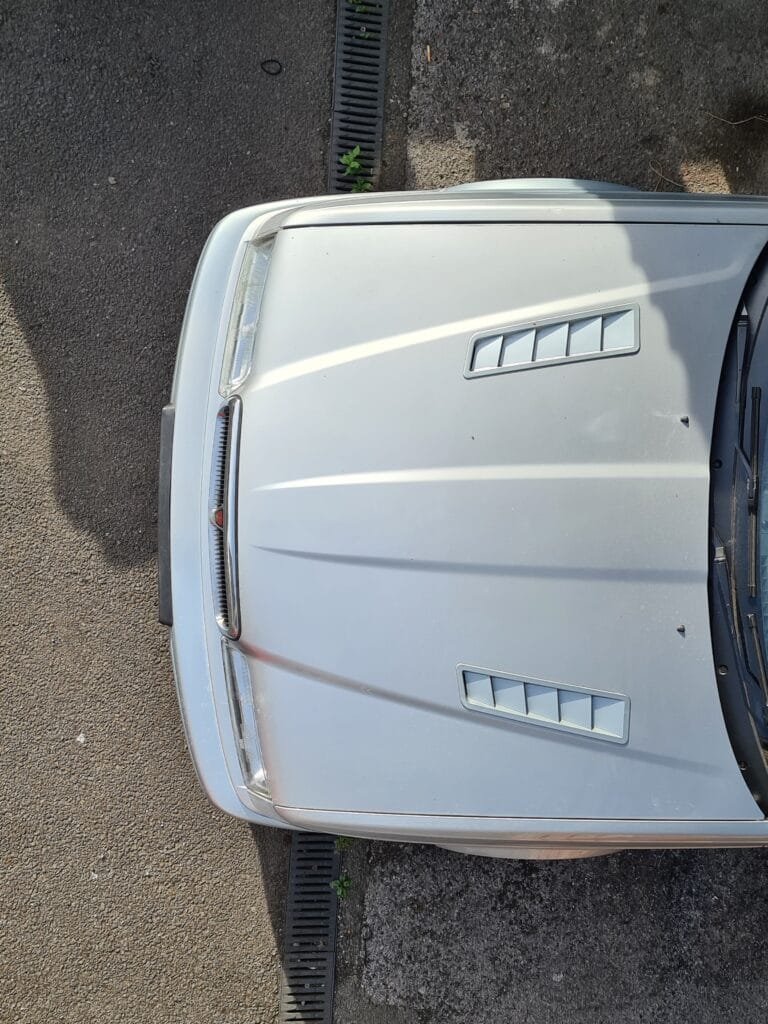 Same thing again. Shaft was spinning, so it’s engaged at the transmission end. But evidently not at the CV end, which makes little sense. That’s a new (used) shaft and a new CV. It shouldn’t be able to do that, but it is doing that. So here we are. I gingerly asked my neighbour to tow me home. Again. And since then, it’s been back in the naughty corner where it can sit for a few weeks until it goes away. I was, in the heat of rage, about to sell it to the first person on Twitter who offered me more than 12p. But after sleeping on it, I decided on another plan. 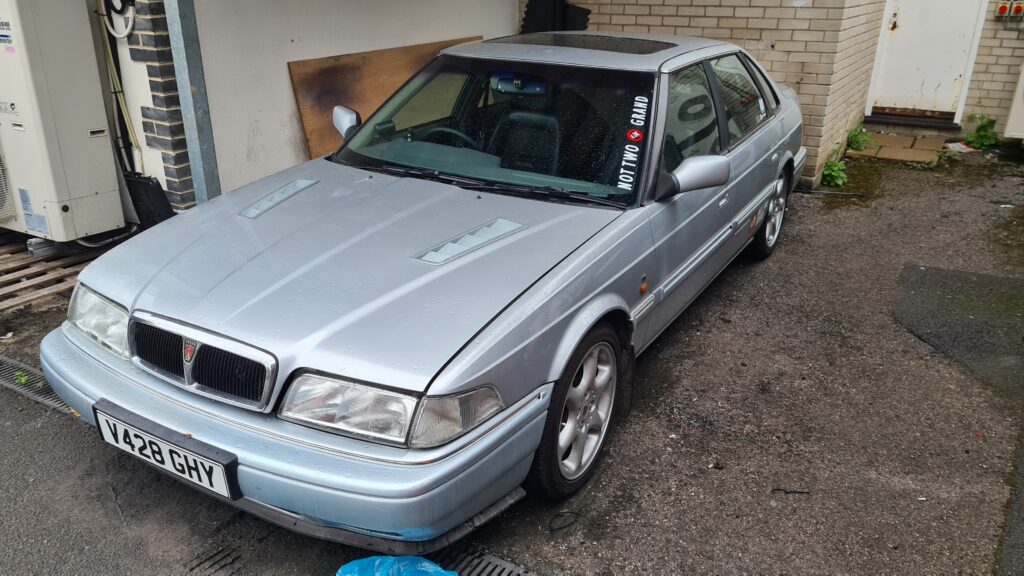 It’s going to a garage. I have to accept that I am not a mechanic, and sometimes, a mechanic is what you need. This would be one of those times. As such, the car is booked in to be seen by a man called Duncan at Alfanet Auto Engineers here in Bristol. I’ve heard nothing but good things, and his Google reviews are exemplary. Plus, if he earns his bread and butter on old Alfas, a Rover should be a doddle. He’s going to look at the drive issue, and hopefully cure it. I’m hoping it’s an idiot mistake by myself rather than anything serious. Once that’s done, he’s going to do the timing belt for me, look at the boosting issue (it hits the 14psi cut too fast), fit a new water pump, fit the stainless exhaust system I have for it and some other bits and bobs. And then, hopefully, it will be a car I can put some miles on.

Until something else breaks, of course. Because above all, it’s a Rover. Engineered like no other.

STEALTH EDIT: Since writing this, I remembered that while it was in the naughty corner, I took the time to remove the fuse board and re-solder it. So, while it did indeed break again on the test drive, at least all the electrics worked, so there’s a small win to be had I suppose.