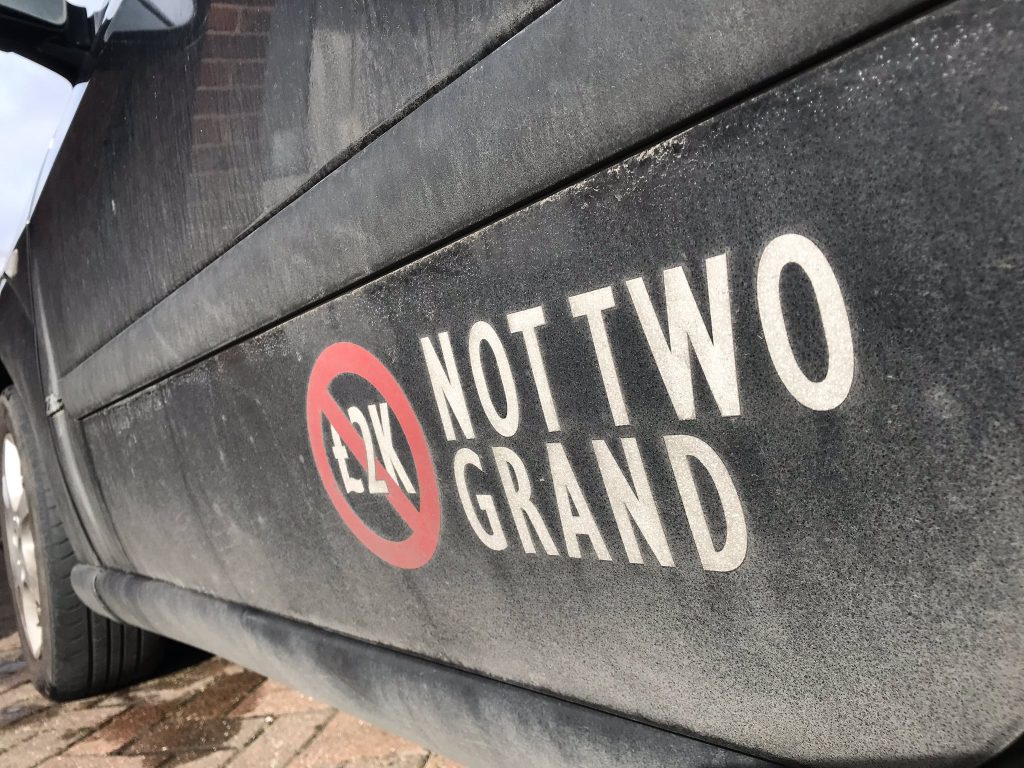 Matt Tyson, the unsuspecting suc… the nice man we sold our £50 Focus to still hasn’t  been let down. In the last update, he’d covered over 2,000 miles in the old steed. In this update, the trusty old bus gets some love. Proof, not that it’s needed, that every old car has potential. Right then, over to Matt…

We’re a few hundred miles further into our relationship, the Focus and I, and you know what? It’s still pretty good.

It’s not really that tidy to look at, it makes a few noises as it goes along and has a few leaks here and there but then I’m just the same to be fair. Safe to say that we are both wearing our respective ages a little, but we’re both fairly comfortable with this fact. So we make allowances for each other’s little failings and see what real qualities shine through. Couple goals, or something. 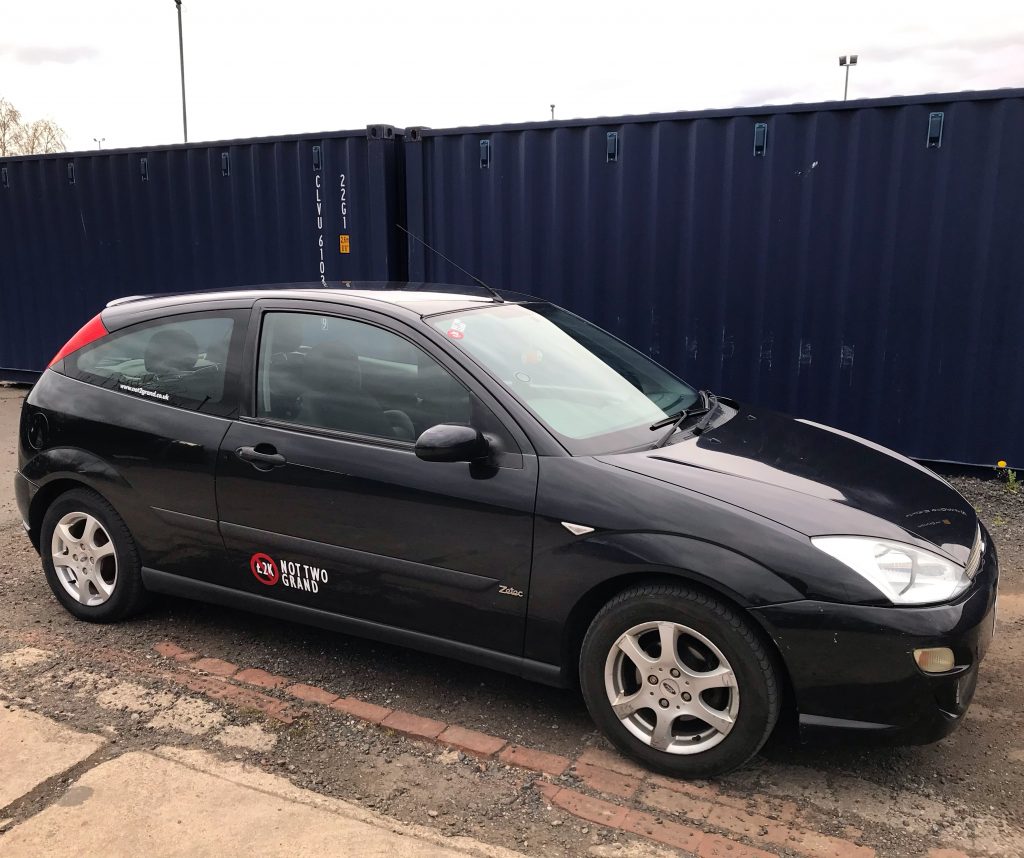 The old Focus has a very handy sized boot and it has been carrying plenty in my service. Great for family shopping, tip runs and the hoarding of all important project car bits. It’s a very comfortable thing to travel in, too. The seats are great, even if they’re not the hugging Recaros I’ve been used to, and I do slide around a little whilst pushing on. They provide a great perch to pilot from though, and have proven to be fairly forgiving to one’s old bones. The driving position is nice in general, good visibility, everything at hand and nothing to really grumble about. Ford really did get it right with this generation Focus.

The car and its component parts are old and have covered a decent amount of miles. Quite how well it has all been looked after is questionable (what are you saying? – Ed). And it is currently being run on a very real budget. It wears cheap tyres on each corner and has a list of rectification jobs as long as my left leg, yet it drives really, really well. Ignore the odd knock and rattle and just drive the thing and it’s lovely. It’ll pop to the shops no bother. It handles the 4am cold start and commute with ease. It flings itself along B-roads willingly and tackles loose surface, unnamed country tracks with a grin. You want to sit at 70 for miles and miles? Yup. Drop a cog and accelerate keenly? No drama. 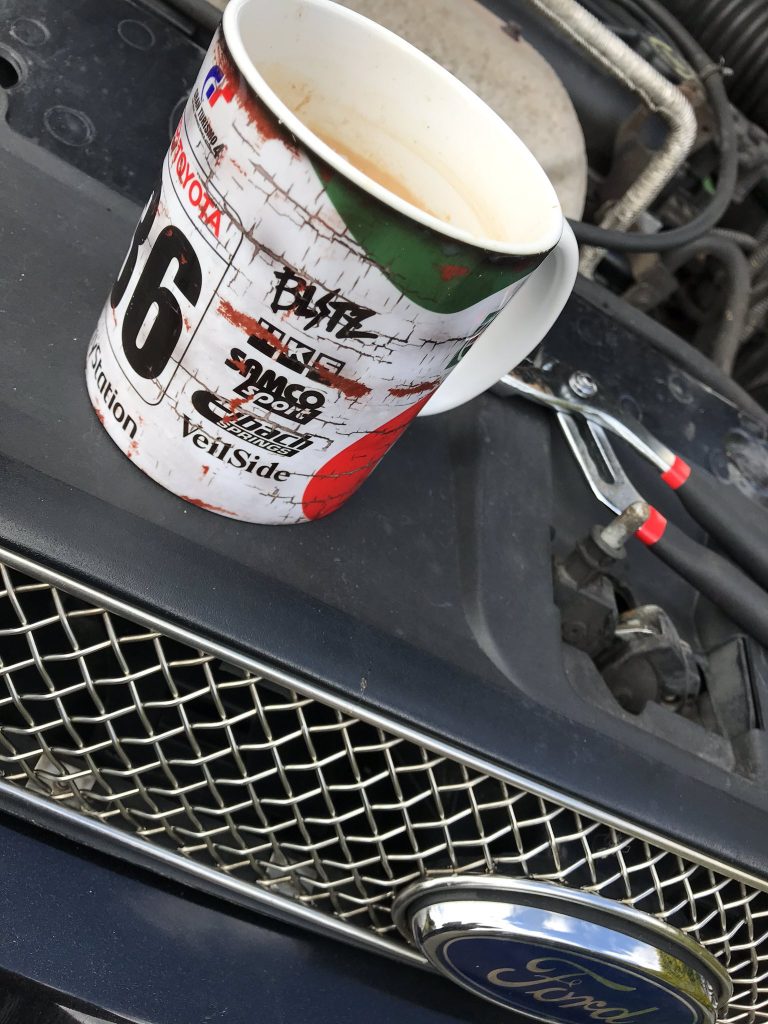 I know all these things are a given when you buy a car these days, just hum-drum things that any decent car does day in day out, but I didn’t expect it from a car bought for 50 notes. A car costing that amount should cough along the motorway and expire at the sliproad before the one you hoped to reach. It should be OK at the shopping run, but be an utter failure at giving an entertaining country blast. It could be expected to get you to work and back but honestly little else of note.

My old Focus does it all. There’s no glorious soundtrack or staggering pace. There’s little flair or glamour. But there is a solid dependency, with an honest charm and character, that gives so much more than its worth on paper. We’re not an eHarmony success story, or something dreamy by Mills & Boon but it’s a relationship already cemented and based upon an honest appearance, loyal service and a rewarding character. Much like the Steptoes’ and their cart horse Hercules.

That’s enough trendy references for the teenagers, what else has been going on with the Focus? 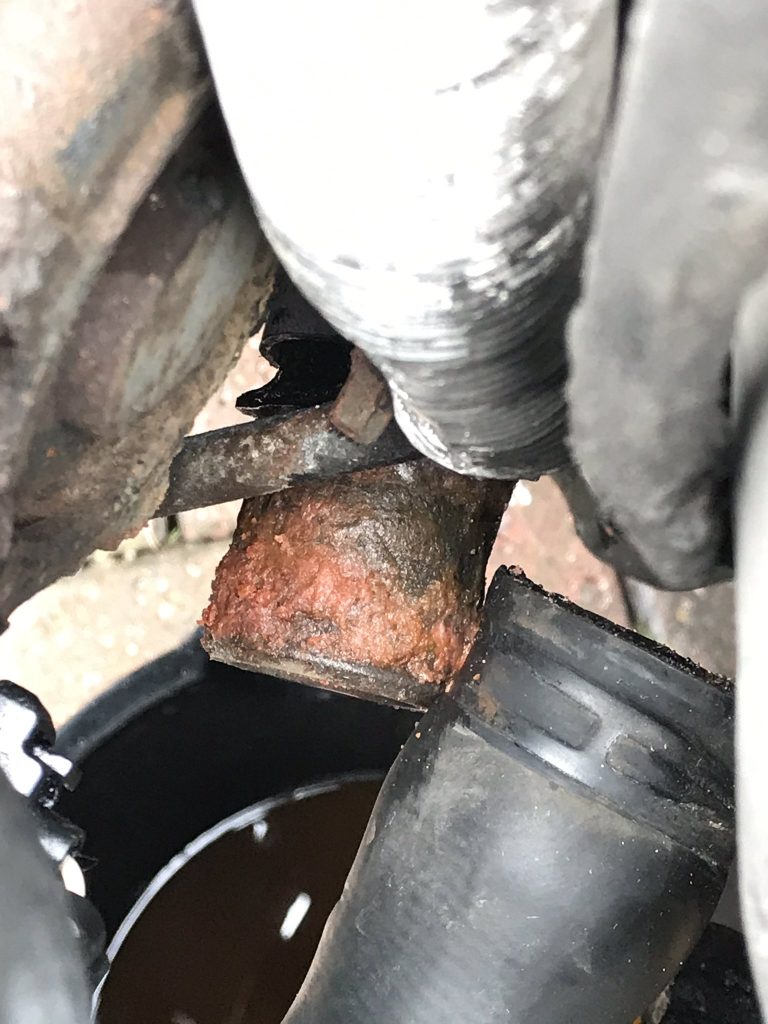 Well I noticed a little drip had appeared on the drive, under the front end, and traced it to where the radiator top hose meets the water pump. I suspected that the metal pipe there had furred up and was causing the leak, rather than the rubber hose being at fault. The hoses in the engine bay all look in surprisingly good fettle actually for the age of the car.

I removed the horrible metal clip holding the hose on after far too much time and effort had been expended, not having the correct ‘special tool’ for a such thing means a simple task becomes a damn chore!

Anyway, my thoughts were correct, the metal pipe had indeed become well and truly furred up with a couple of decades worth of Coolant gunk. So a quick clean up and the hose could be refitted snugly with a standard type jubilee style clip, good as new! 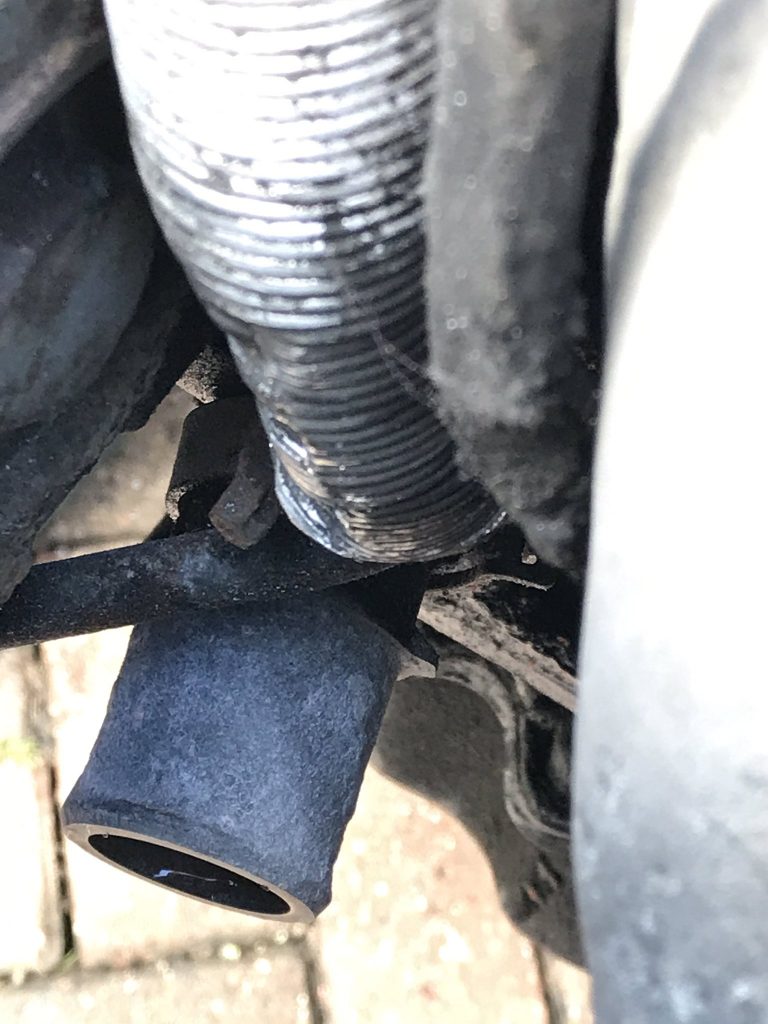 Speaking of being good as new, the rocker cover gasket has been replaced as what was on there was weeping black stuff out and dribbling it down the block and ancillaries, so that’s ticked off the list, along with replacing the spark plugs as I’d taken one out to check on the state of play and found them to be a tad tired looking. Engine is already looking a tiny bit better and certainly fires up keenly. 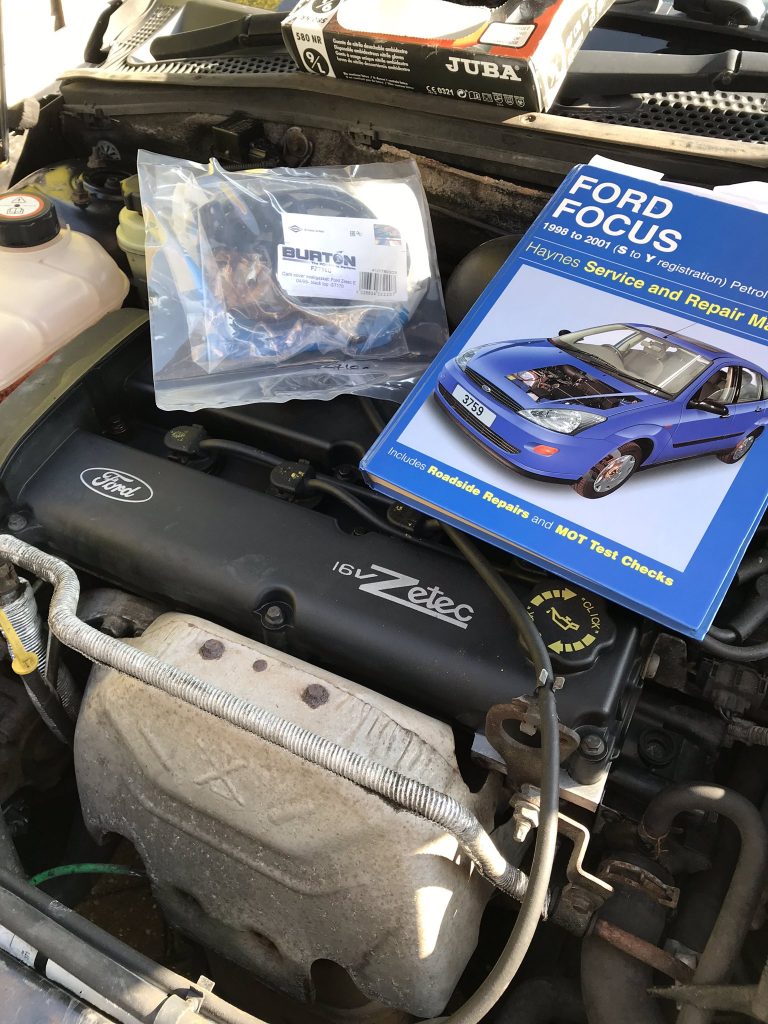 So there we have this instalment, tune in next time for more thrilling adventures, and read about exciting things like finding a nail in a tyre before a long yet necessary journey and fun with Snow Foam. 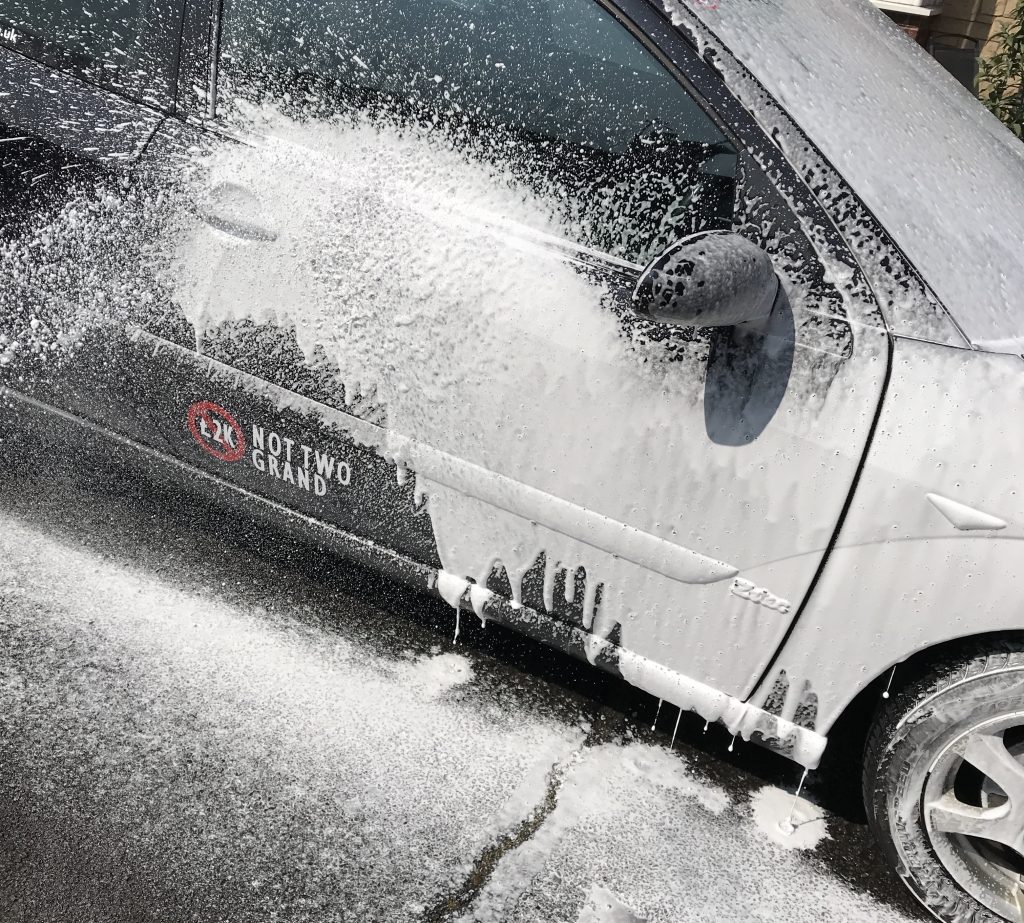