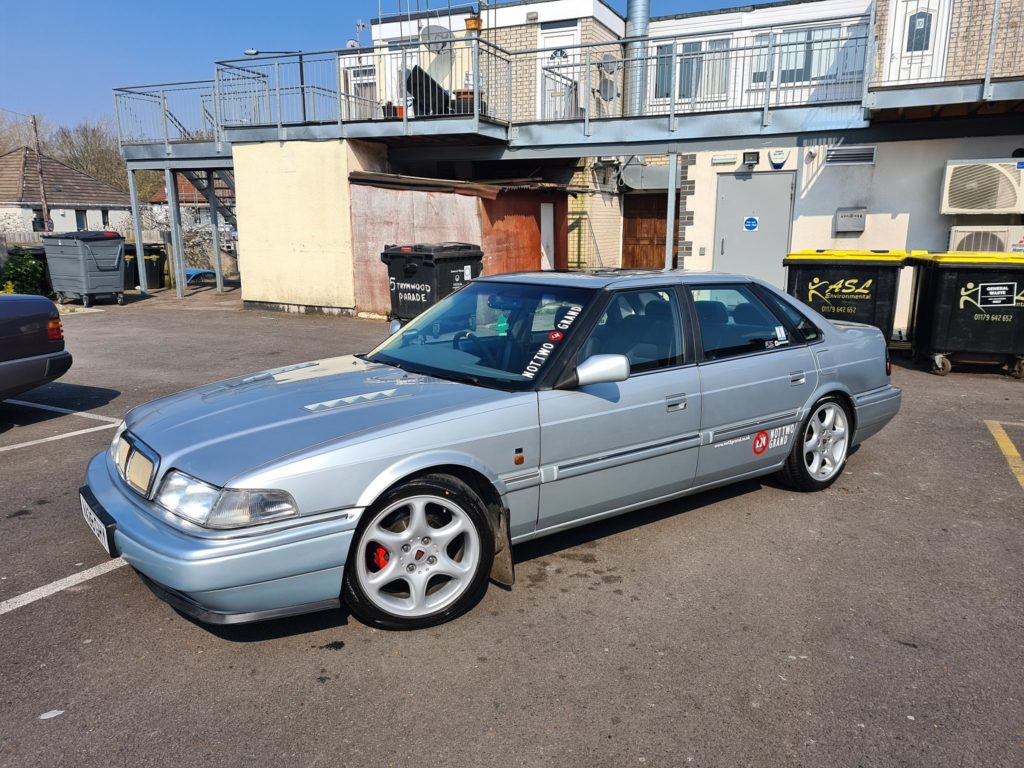 I have had, as you’ll know from my automotive memoirs, a lot of cars. And because they were all cheap and a bit shagged, I have done lots of work to those cars. But, I have never done so much work on one car in particular. I’ve had Project 800 for just over two years now and in that time I have cleaned, I have serviced, I have clutched, I have suspensioned, I have wheeled, I have braked and I have vented. There has been an awful, awful lot done to this car over the last 24 months. And that, frankly, is something of a concern.

I don’t profess to be a mechanic in any way, shape or form. If you asked me to do work on your car, I would decline. Even if you waved the Queen’s crisp, cash machine fresh face under my nose. I don’t want that level of responsibility. On my own cars, it’s fine, because if a wheel falls off or the glove-box fills with petrol or the brakes only work on one side, it’s me who’s in trouble. Nobody else. I can deal with that. When it comes to working on cars, I’m quite keen to tell people I don’t really know what I’m doing. But it seems, thanks to the Rover 800’s fresh MOT, I might be wrong. I might actually have a clue. And that makes me love the old shed even more.

In the last update, I was talking about how the car was at home now, given I don’t have the unit anymore – which is fine. Money saved. Plus, the problem with it being down at the unit was that it was some twenty miles away. By having the car at home, I have been able to do an awful lot more to it, which is why it’s on the road now.

As such, I cracked on with a plan to get it MOT ready, and then a wheel fell off. This was sub-optimal to say the least. The nearside lower ball joint popped out of the lower arm, which is remarkable given I fitted it properly. Much like the block of wood and nail combo left under my tyre at the unit, I suspect foul play was at hand with the ball joint. But whatever, no use crying over it. Instead, I called on Chris who helped me fit the clutch and we got the old girl MOT ready. New driveshaft boots, suspension back together, brakes and clutch bled, job jobbed. You can see the video over on the YouTubes.

See, the wheel legit fell off. Not good. But whatever, it’s fine now. That’s the main thing. And it didn’t do any damage to the wheel or arch, which is another bonus.

With all the work done, that was it. I just had to book it in for a test, which I did late last month. I know I said February, but I was busy. Soz, like. Anyway, I booked it in at County Tyre Motor Care in Bristol due to a good friend, Reuben, working there. But don’t think I did that because I wanted a friendly MOT. Far from it in fact. Because this is the car that I built, I wanted a thorough spanner check, I wanted some things double-checking and I wanted the car to have an honest, careful, MOT. My kids are going to be in this car, so I wanted to know the spanner check had been done, and Reuben did exactly that. He is good people.

Initially, the car didn’t pass its MOT, which I was expecting. Again, this is the car that I built. However, what I wasn’t expecting was such a minor fail. The headlights were out of whack. That was it. One adjusted up. The other put up more of a fight and wouldn’t aim low enough. However, Reuben battered it into submission eventually. And that was it, the 800, this ‘thing’ that I had been tinkering on, it was legal. I’d done it. Mad.

And then, a couple of weeks later, someone ate a bat from Wish.com and the whole country was on lock-down, so now I can’t drive it. This is, of course, deeply frustrating. However, suffering from a case of deadness from Corona Virus would be worse, so it’s fine. Plus, the enforced lock-down has given me time to lavish the now legal Rover with attention.

First of all, I fixed the bloody annoying beeping. When I locked the car on the remote, it beeped the horn. I always thought this was a ‘I’m locked now’ sort of chirp. Apparently not. It means the central locking is upset. Normally a door switch, but because Cowley like to make things difficult, the switch isn’t nestled in the A-pillar like EVERY OTHER CAR. No, it’s part of the latch mechanism. So that had to come out. There was much swearing, there was a bit of shouting, when the mechanism sprang open into a million tiny pieces, there was some crying, too. All the emotions. But I won in the end, and now it locks properly and the interior lights go out – they didn’t before. The battery LOVED that.

What else? Um, I re-trimmed the door inserts with black pleather with red stitching. It’s ver, ver nice. Though I now have no envy for actual upholsterers – it’s a fiddly job. So too was cleaning the engine bay, given I have sausage fingers. But I got there in the end, even painting some brackets and stuff with Hammerite. Fancy.

That’s about it really. I’ve not put many miles on it, though that’s not to say I haven’t driven it. I have, and it’s wonderful. There is a sense of pride and joy that comes from driving a car you know so well, that you’ve poured your heart into. As well as a lot of your money. I love it. It’s fast, it handles well, it stops incredibly well. Plus, and I know I’m in the minority, I think it just looks amazing. The lowered springs I have on there are perfect, and give it just the right stance. I can’t stop looking at it.

Of course, it’s not all plain sailing. There has been a drama or two, but I’ll tell you about those in the next update. Also, when the madness subsides and we’re allowed out again, I’ll do a proper video about driving it. Until then, please do have a look at the video below, and have a look at the YouTube channel itself, too. Thanks!