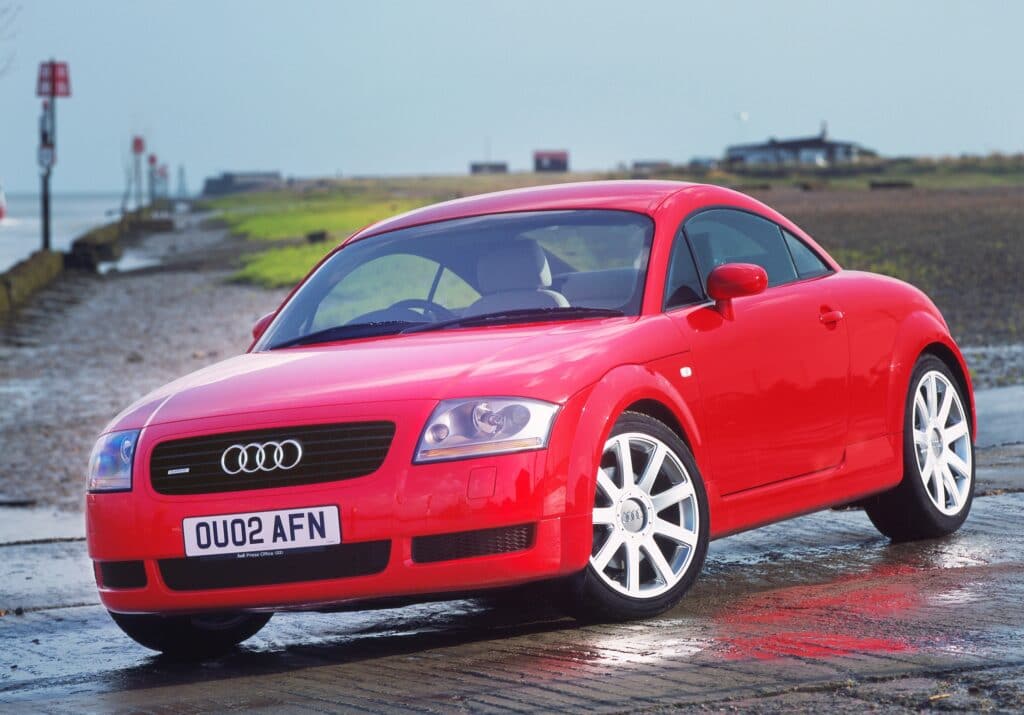 Ah yes, the venerable original Audi TT. Spare us the hairdresser jokes. The TT is not a cliché, it’s not a car for posing (though you can if you like – you do you) and it’s not a car to make fun of. It’s actually a masterclass of design, it’s an utter riot to drive and it’s one of those cars that sits in firmly in the modern classic waters. And the best about about the OG TT? It’s never been cheaper. Yep, you can pick one up for a couple of grand, and a good one at that. And pick one up you should. Fun, sort of fast and with looks straight out of the future (the car was used as the basis of future cars in I, Robot don’t you know?) it’s one to get whilst you can. 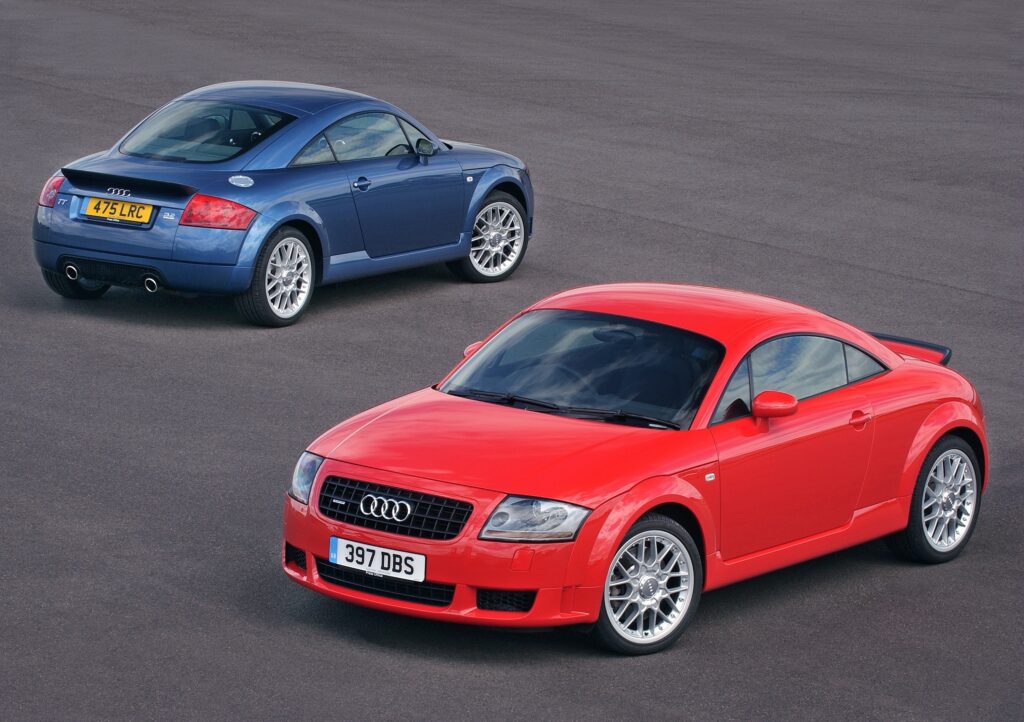 Modern Audis, let’s not beat around the bush here, are a bit… well, you know. Older model are, in our humble opinion, better. Often timeless designs (look at the Audi 80, for example) that still cut the mustard today. And that’s very much the case with the original TT. A well cared for, tidy, straight one will still turn heads but will also still look modern. Plus, it’s an Audi, so it’s built well, there is a mass of support out there to keep them on the road and thanks to being a car leaning into to sporty, there is always a demand for them. Still not convinced? Here are five reasons you should buy one…

One of the TT’s biggest selling points simply has to be the fact you can have it with quattro all-wheel drive. It was optional on the 180bhp models, but standard kit on the 225bhp versions – got to reign in those ponies. The system, which uses a Haldex Traction setup delivers power to all four wheels on a permanent, but shifting basis. Power is predominantly sent to the front, though up to 50% of it can be sent to the rear, should the on-board computers decided it’s needed. It’s a clever, reasonably robust system that makes the TT a joy to push on in. 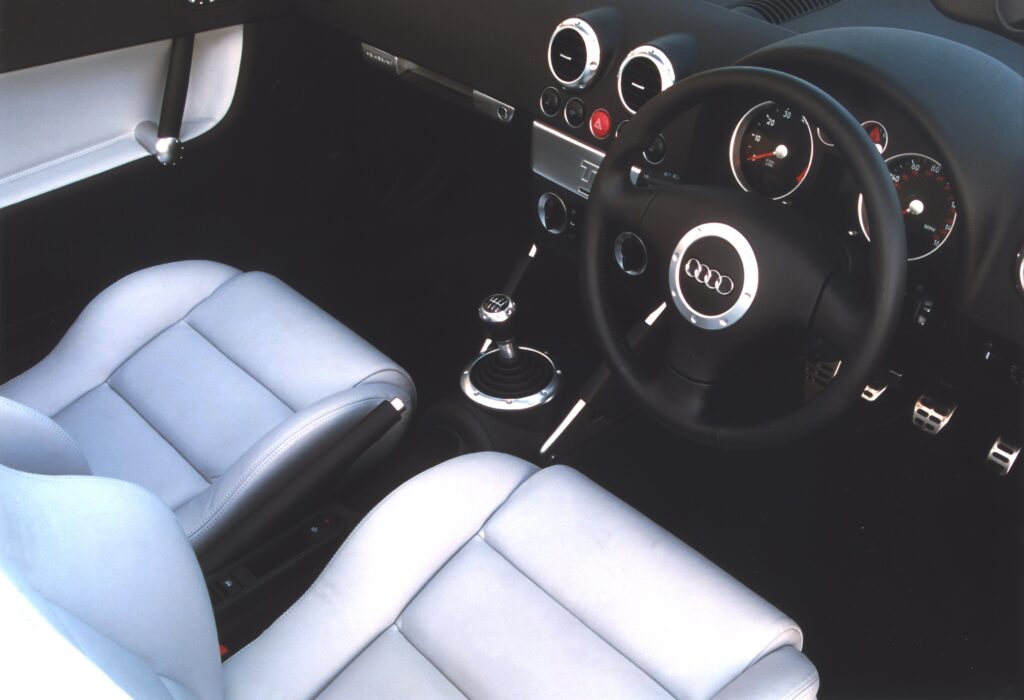 Under that curved, sculpted bonnet of the TT, you’ll find the legendary 1.8 20V turbo engine. Ask anyone who vapes, and they’ll tell you that this is a hot commodity in the Volkswagen tuning world. It’s not only popular in the cars in which the factory fitted it, it’s also a prime heart for engine transplants into other Volkswagen models. As such, there is a vast, vibrant and dedicated aftermarket out there ready and willing to help you get more power out of it. And because it’s such a popular engine, it won’t break the bank. Bigger turbos, better injectors, remaps, intercoolers, induction kits, the list goes on and on. 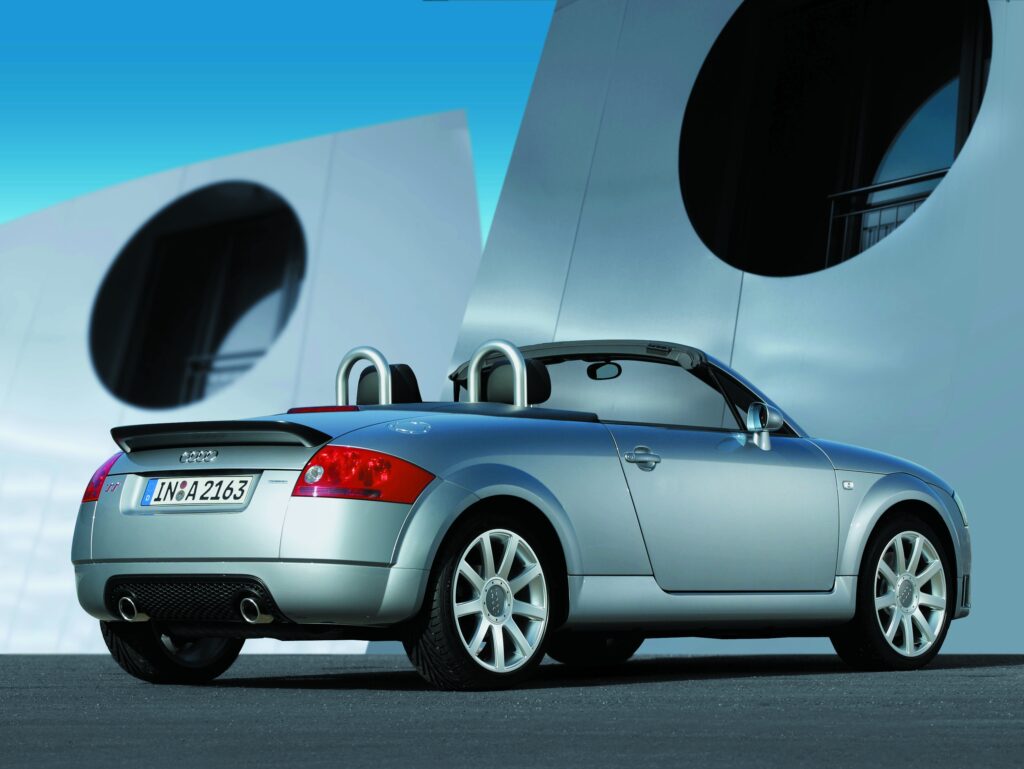 To give the car some impact (pun intended) it was featured, in Roadster guise, in 2000’s Mission: Impossible. Admittedly, Tom ‘Ethan Hunt’ Cruise smashed the bananas out of it with a Porsche 911, but hey, screen time is screen time. Plus, it means you get to say you own a car used in Mission: Impossible 2. Which is fun.

4) MORE PRACTICAL THAN YOU THINK

To own a sports car is to make a compromise. However, in the case of the TT in coupe flavour, that compromise isn’t as hard as you might think. Okay, you’re not going to be collecting a new TV unit from Ikea in your TT. You will be able to live with it though. The boot is enough for your shopping, and you even get some rear seats which are useful for small children. You won’t get any adults in there though, or at least not without using a saw. Fundamentally though, a TT is a very easy car to live with and one that won’t be the inconvenience some other sporty models can be. Which is nice. 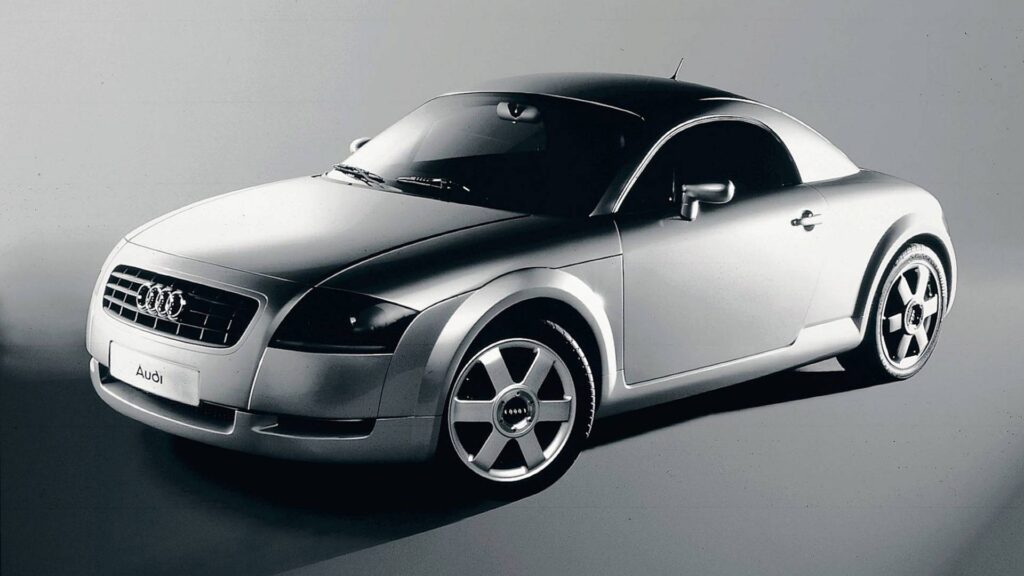 The Audi TT is one of those rare machines that made it from concept to reality with very little change between. It was created at Volkswagen’s design centre in California and was first shown as a concept at the 1995 Frankfurt Motor Show, and as you can see from the image above, the concept was very close to reality. That’s impressive, and it’s also a sign of good design. Mays and Thomas, the car’s designers, did a damn good thing here. And as such, it’s going to be one of those cars people are soon clamouring over. Get one now, while they’re still affordable…