The Mk1 Ford Focus made everyone fall over when it rolled into showrooms in the late 1990s. It’s a somewhat ubiquitous machine, even now, over twenty years on. But even so, it still cuts a dash. In 1998, it left us feeling confused, excited and somewhat aroused. You have to remember, this was the car that took over from the Ford Escort. A car so dull it made rice pudding seem spicy. The Focus, with its ‘New Edge’ design philosophy was not just a world apart from the Escort, it was a world apart from anything else on the market. it was advanced, it was safe, it was forward thinking and it was fun.

It’s no surprise, then, that the early Focus is now finding a happy home in the modern classic world. And thanks to being more popular than bread in a sliced format, there are still plenty out there to buy. Of course, of those, many are shed that haven’t had an oil change since 2002. But ignore those, buy a decent one that has been looked after and you’ll be laughing. The Mk1 Focus is a modern classic that goes to show you don’t need to buy a new car, you just need to buy a good one. And this is it. But, if you still need a bit of help getting over the line, here are five reasons to help you out…

The Mk1 Focus still looks fresh, sharp, clean and modern. A Mk1 Focus in good condition will still cut it in amongst the more modern offerings. Hell, it’ll stull cut it against all the Focus models that followed. While good, the later cars weren’t as sharp. The Mk1 was a high point, and proof of just how squarely the design team hit the nail on the head. In a nutshell, it’s an old car that you can still look at a be proud of, and there is a lot to be said for that.

2) EVEN THE SLOW ONES ARE FUN

Apart from the revolutionary design, the Focus’ other big selling point was the handling. Ford went all out, and fitted independent rear suspension. This was a big deal, because rival cars didn’t offer anything like that. Most were still running on a solid beam rear suspension. And while you might not think this matters, it does. You don’t need to be Senna to exploit the best out of a Mk1 Focus. Even the most sedate of drivers will feel the benefit. It’s not about speed and grip, it’s about confidence and feeling like you have a solid car under you.

Okay, it was more warm than hot. But whatever. The ST170 was and still is a brilliant machine. With, as the name suggests, 170ish BHP and a six-speed manual transmission, it was a hoot. Fast, capable of getting more action out of that chassis and filled with leather and stuff, it was a welcome return to Ford hot hatchery. Sitting on a set of bespoke, diamond-cut alloys on lowered suspension, it looked the part, too. And Ford being Ford, it made sure it could be all things to all men, by offering it as a three-door, a five-door and an estate. 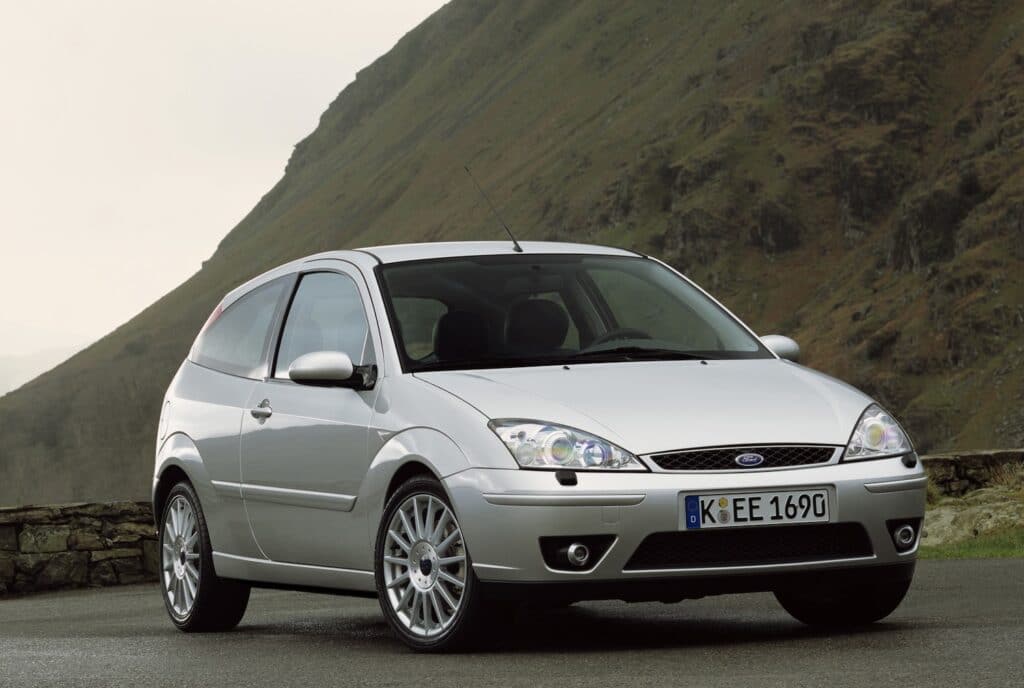 4) THEY’RE A DODDLE TO WORK ON

Being a product of the 1990s, the Focus isn’t actually all that complicated in its construction. Of course, being a Ford, you’re going to need a good set of Torx sockets, but other than that it’s all basic spanner stuff. If you’re a budding home mechanic, you can tackle all the service and maintenance stuff yourself. And there is a lot to be said for the satisfaction and of course, the savings that come from doing the work yourself. And that leads us neatly to… 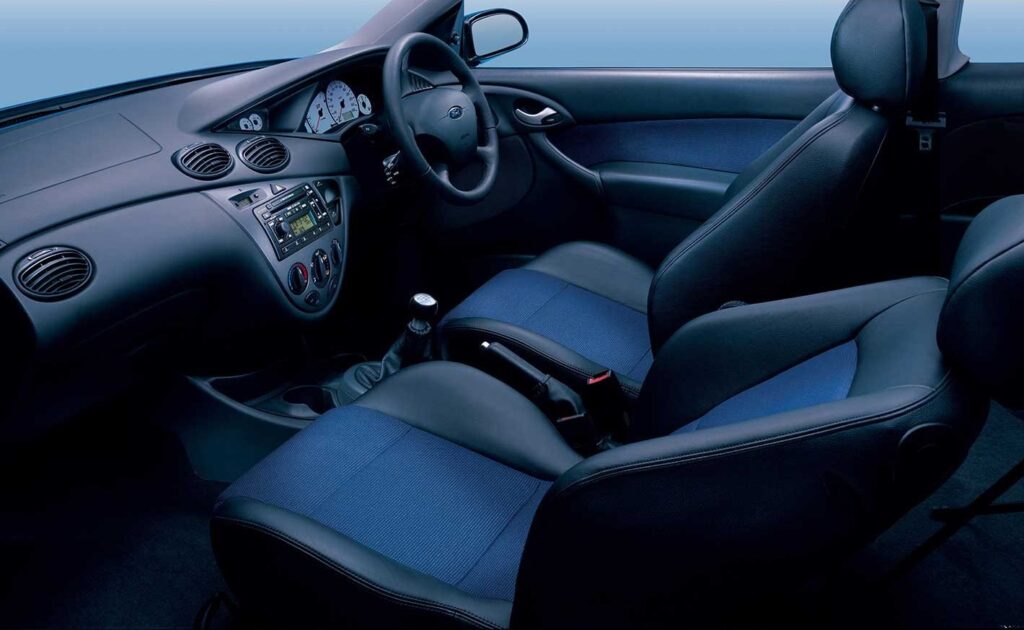 It’s a Ford, and Ford parts are both plentiful and cheap. You can do a full service on a Focus for about 76p, which is nice. But then, buying the whole car would be as little as £500 for a decent one, so it’s all relative. Furthermore, the aftermarket for the Mk1 Ford Focus is still pretty vibrant, so if you want to add some touches and tweaks to make yours truly your own, you can. Lights, seats, suspension, brakes, engine mods, there is so much stuff out there it’ll make your head spin.