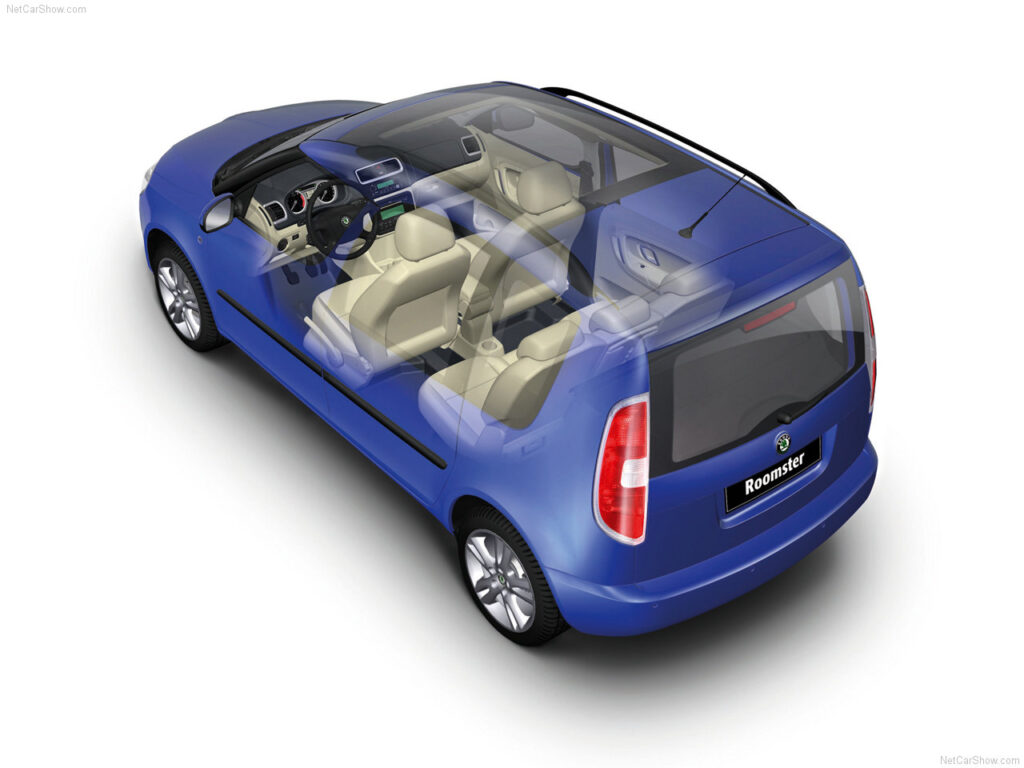 The Skoda Roomster was one of those cars that nobody actually asked for, yet we were oh so glad it came to be. It was and still is a weird looking old thing, with its massive rear end and van-like proportions. And while we’d love to tell you that you can move past the aesthetic, the truth is you can’t. Instead, like an ugly child, you have to just accept it and love it. And when you do, you will be in for a world of reward. The Skoda Roomster is not, nor was ever a car to buy on the strength of its looks. Unless, of course, you really needed to own a car that looked like a Fabia inflated to 150psi. No, the Roomster was and still is a vehicle you buy because of what it is, what it can do and how all that can work for you as either an individual or as a family. 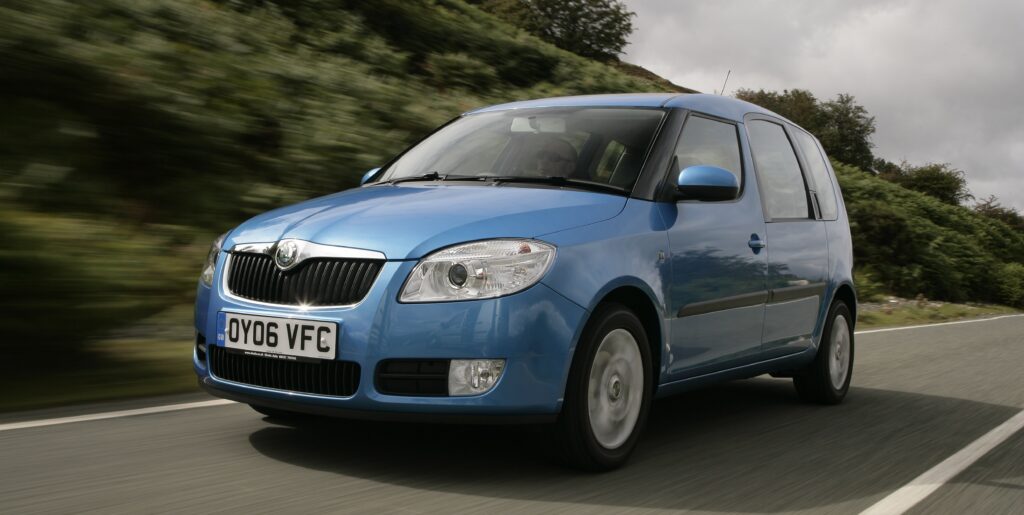 The Roomster is a brilliant example of what can be done in a relatively small space. It is, after all, just a long wheelbase Fabia in essence. However, Skoda engineers built out and built up and put as much useable space on that small chassis as possible. This resulted in a car with Tardis like proportions. It’s no more challenging to drive than a shopping trolley, thanks to Skoda’s effort to make the front seat area feel small and intimate, like a ‘normal’ car. It was only from the B-pillar back that things opened up. And open up they did. Headroom aplenty, space for everything you own. Configuration options aplenty. It was and still is the Swiss army knife of cars. In case you can’t tell, we’re huge fans of the Roomster. If you still need winning around, here are five reasons for you to consider:

The Roomster might strike you as being a big car, but it’s not. The underpinnings are a mix of Fabia and Octavia, the former being at the front. That means Fabia engines. There was a 1.2 three-cylinder with 70bhp which, while glacial in pace, was frugal and cheap to tax. The 1.4 and 1.6 petrol engines were more conventional in their four-cylinder arrangement, and are still happy mixing it with modern traffic and even motorway driving. And if you want diesels, the 1.4 TDi would deliver over 50mpg if driven sensibly.

Skoda engineers spent a lot of time making sure the big, boxy Roomster was safe, and as such, EuroNCAP awarded it the full five stars when they shot one at a wall like a lawn dart. Front, side and curtain airbags are standard, as are Isofix points and ABS. It’s the sort of car you can load the family into and be comforted by the fact that, even though you’re buying an older car, you’re still buying a solid, tough, safe one.

3) It is MASSIVE inside

As standard, the Roomster offered an impressive 450 litres of space. However, the rear seats can all move forward, increasing that space to 530 litres. And the rear seats can still be used. If you don’t need to carry more than one person, you can fold the rear seats up and you can even lift them out of the car completely. This means van-like levels of space. The upward opening rear hatch means access is good, and the low entry point means getting stuff in and out is a breeze. To be boxy is to be good, and the Roomster stands as a glowing example of why. 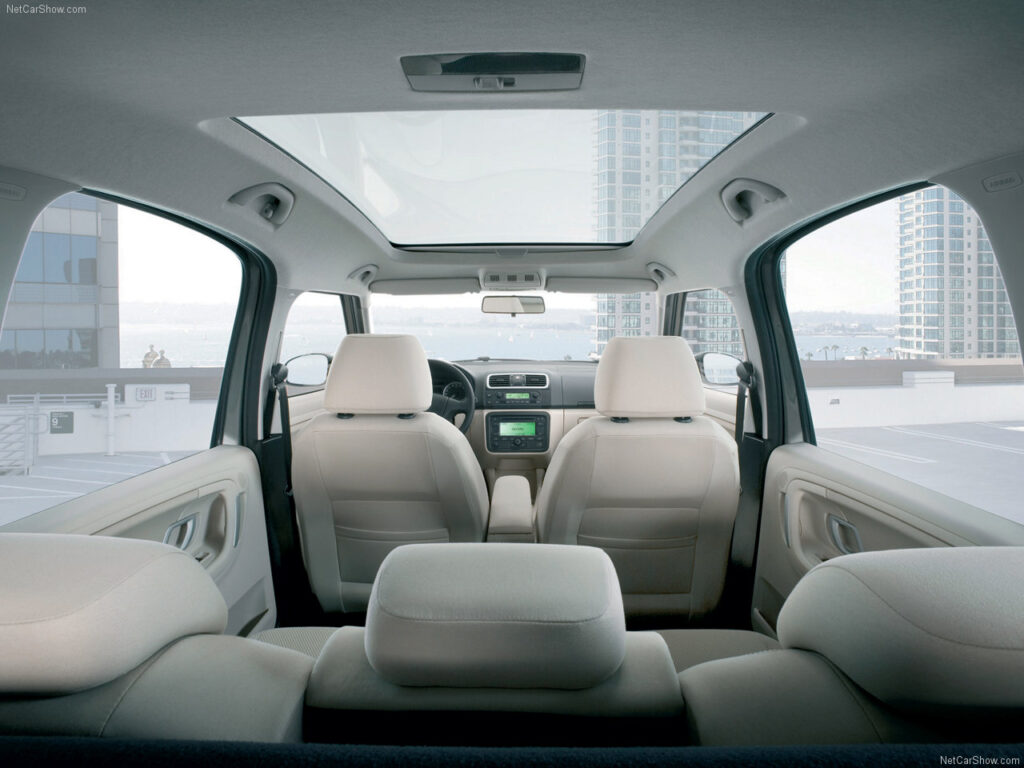 No, we’re not kidding. You can turn the Roomster into a camper. Like, a proper, bona fide camper, not just a carpeted van with a blow up mattress in the back (though in a pinch, you can do that). There are companies out there that will sell you modular units that will slide into the Roomster and provide you with things like cupboards, a sink, storage, cooking facilities and more. You can buy fold out double beds, blinds, curtains and auxiliary power solutions, too. And if that wasn’t enough, you can buy an awning that goes over rear hatch to increase the space. Amazing. 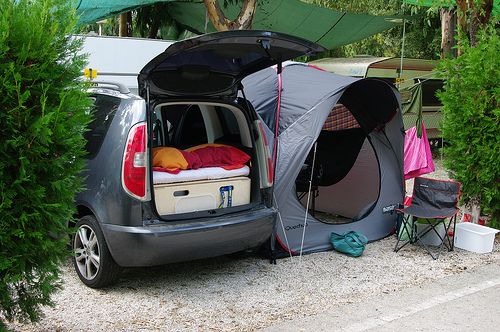 If you really, really can’t get on with the looks of the Roomster, may we suggest the Scout version? With slightly lifted suspension and body changes like arch and side cladding, it gives the Roomster a more ‘rough and ready’ aesthetic, which we think improved it no end. You also get model specific colours, trim and kit such as the optional ESP. It makes it look a bit more like the Yeti, which is no bad thing. 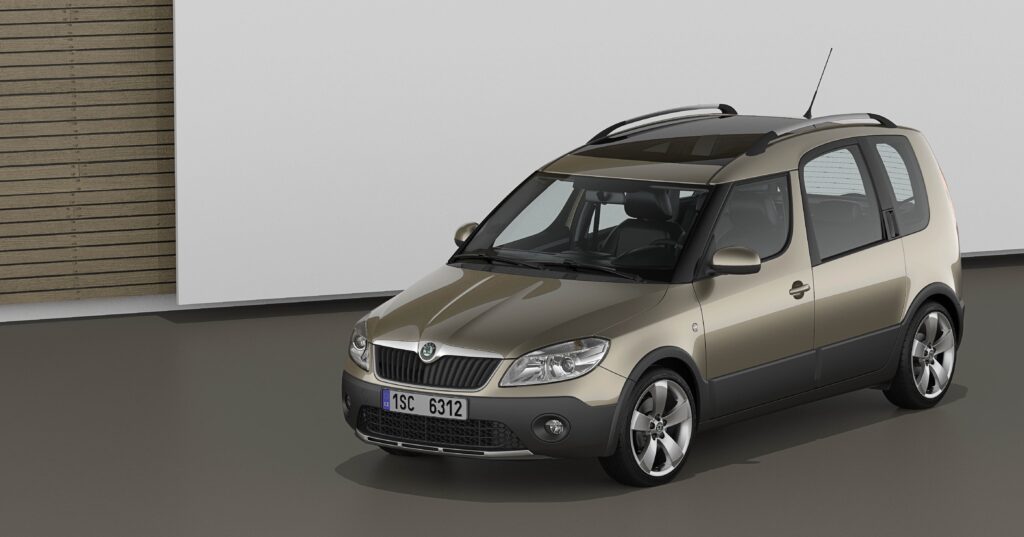 Worthwhile project, if only because it's purple. And purple is the best colour.