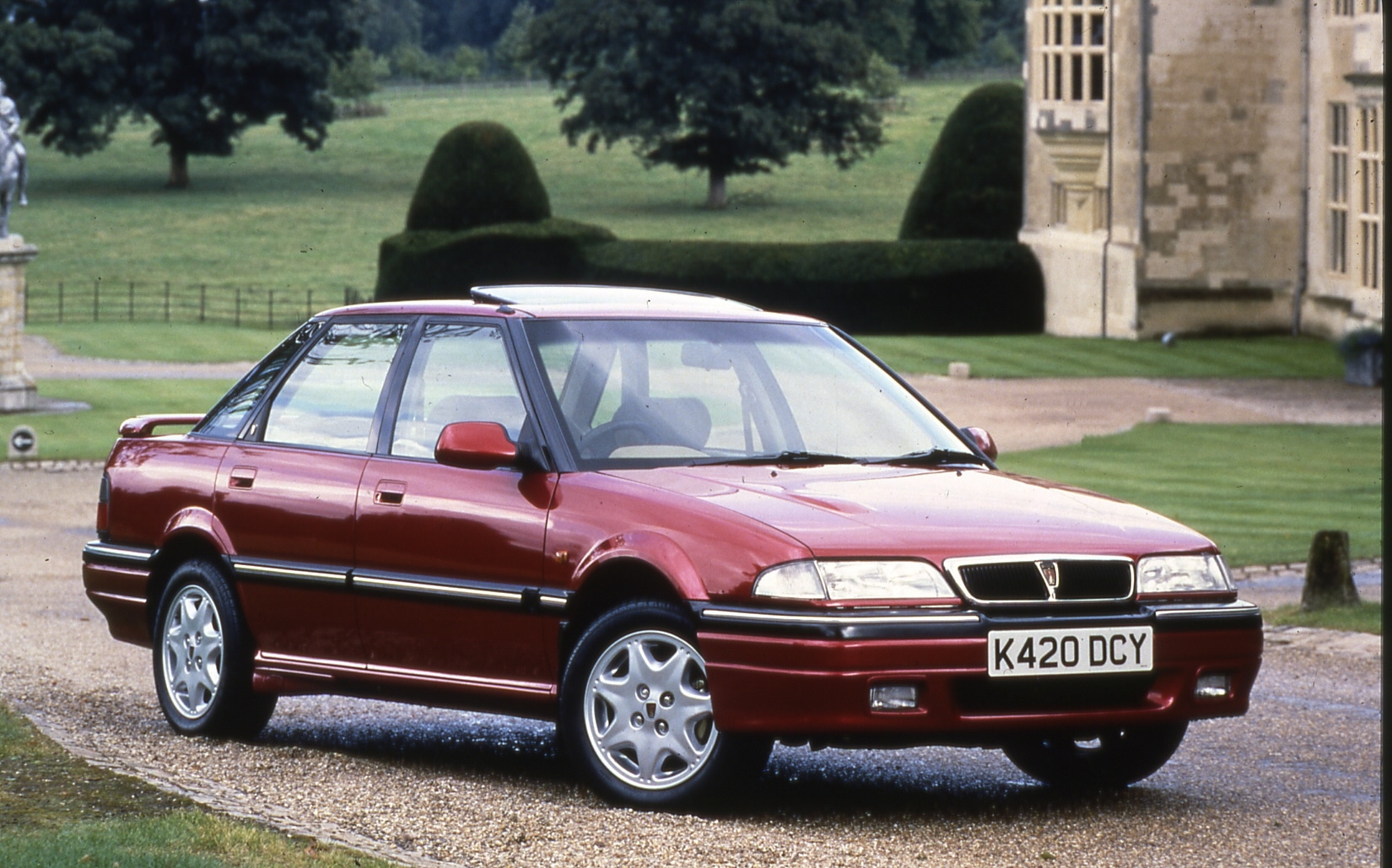 Look, I’m 34 now. So trust me when I say I’m looking at that picture with the same baffled, confused expression you are. If I could go back and punch 19 year-old me in the nipples and stop him buying this, I would.

Sadly, the fact of the matter is that I did buy it. Also, the image above isn’t of my car, it’s a lovely press shot from when they were new. Mine looked nothing like that. Mine was falling apart.

It had just shy of 100k on the clock. The alloys were curbed, the doors were rusty, the windscreen was cracked and the back bumper was falling off. Quite why I chose that heap of automotive vomit over my Nissan Sunny remains a mystery to me. Basically, I was an idiot.

Step right in Sir… why are you vomiting?

Back then I think, I THINK, I thought it was fast. Makes sense really – it was certainly the quickest thing I’d had on the road by that point thanks to its 2.0 engine. It must be because of that, yes. After all, it had a POWER BULGE on the bonnet because the engine from the factory was TOO BIG for the humble 400 series. Or, it was a poorly engineered heap of sh…

It wasn’t fast, looking back. I just spent every moment behind the wheel kicking the living crap out of it – creating the illusion of speed – as if I were channelling the ghost of James Dean or something. Though I can only assume had that really been the case, Mr. Dean would have made a point of haunting the shit out of me. And why wouldn’t he? That’s what I should get for disturbing the peaceful afterlife in order to have him pilot a car as miserable as a green 1993 Rover 420GSi.

Anyway, paranormal shenanigans aside, it was rubbish and quite frankly I realised my mistake almost instantly. I carried on regardless though, hoping that I’d just get used to it, or win the lottery, or be killed in a British Leyland Green fireball, thus ending my ownership of a car so terrible it would automatically pull to the left if I drove past a scrap yard.

Little did I know, the fate of the Rover wasn’t a million miles away.

That’s a GTi, but you get the impending point

Finishing my shift at the pub one afternoon, the owner asked if I’d be kind enough to collect his daughter from college. Being the good employee that I was, I agreed to undertake this favour and pick up his beloved sprog. Plus, she was hot (put that eyebrow down, I was 19, she was 17).

It wasn’t a long journey at only eight miles or so, and it wasn’t rush hour so it’d take me no time. I also decided I’d cut through Barrow Gurney and get on the bypass where I could open up the Rover. As one does.

Now there may be a select few of you who read the words ‘Barrow Gurney’ only to find yourselves smirking. Not because it’s a stupid name for a place, but because you know where this is going. For those of you who don’t, I should probably point out that I was new to Bristol at this point, so I was still learning the land. I’d come through Barrow Gurney TO work, but never FROM work. Don’t ask me why. So when leaving the small hamlet, with the radio cranked up and the accelerator pedal cranked down in readiness for national speed limit fun, I failed to notice the severity of the humpback in the road.

In all honesty, this isn’t far off

As my sharp, teenage sense of ‘f**k-me-this-is-not-going-to-end-well‘ kicked in, I watched the speedo needle shoot around the dial as the wheels registered nothing more fresh air. I remember gripping the steering wheel in a futile attempt to gain some control of the situation. I also remember the sudden switch of my forward view from pure sky, to a fleeting glance of horizon, through to nothing but road, so steep was my angle of re-entry.

As the car hit the deck it took the engine off its mounts with an almighty noise. Then I quickly learned that while the bonnet bulge in a 420GSi serves to illustrate it’s a tight fit under there, the buckling and creasing of said bonnet demonstrates what little space there is when the engine is being pushed skyward.

Shocked, I managed to limp the car on for a couple of miles. However, the frantically flashing oil warning lamp offered a hint as to the severity of the damage. When the temperature gauge rocketed up that was another. And when the engine cut out, finishing its life with one con-rod protruding from the block, it was game over. I’d killed it.

That was the end of that, then. Still, I sold what was left of the Rover to the idiot kitchen boy back at the pub for £250.

Every cloud and that.