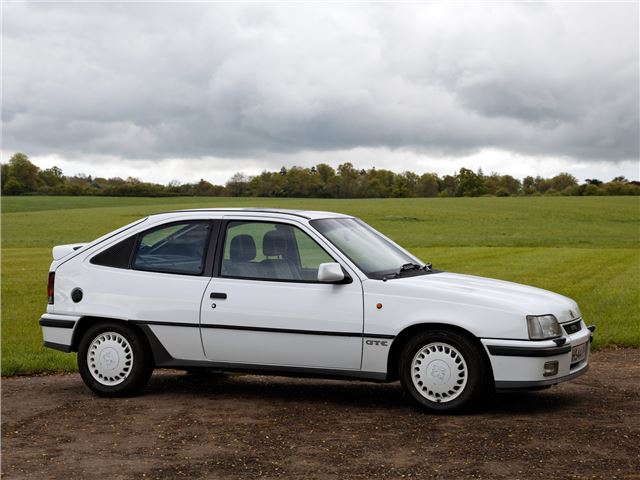 This, ladies and gents, is a MK2 Astra GTE… 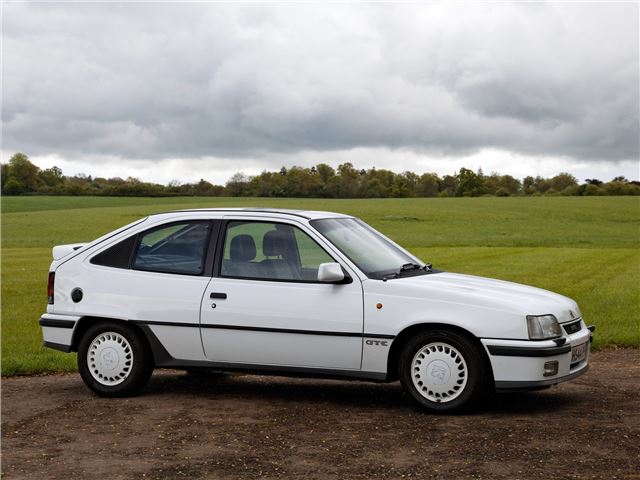 Ahh, the 80s
Nice looking thing by all accounts, if you’re into ’80s hot hatches that is. If you’re into potted plants and tweed, it’s probably lost on you. It also begs the question of why you’re reading this blog? Still, you’re here now, so I’ll continue.
Having observed the fine lines of the car above, allow me to show you an accurate representation of my first (oh yes, I have owned more than one) Astra GTE.

I have memories of this car. Note the lack of ‘fond’ as a precursor. This is because my memories of this car in its functioning days were not fond – they were utterly terrifying. The time with my name on the V5 wasn’t too hot either, though it was considerably lighter on fear.

The car was actually in our family for some time, courtesy of the man who has since become my stepfather. He’s a man who adores Vauxhalls, but at the same time, tires of them quickly. Hence this one coming into my possession.

Anyway, those memories. They consist mainly of one trip in particular when – despite living in Manchester, which was a mere hour from the ferry ports in Liverpool – my Stepfather decided Stranraer in Scotland would be the ideal place to catch the ferry to Ireland. Idiot. This resulted in 4 hours of impossible overtakes on blind country roads with my mum in the passenger seat making noises you’d get from a cat trapped in a washing machine, all while I cowered in the back with my eyes closed, squeezing my Jack Russell so hard his eyes were bulging from his scruffy little face.

Deep, unbridled terror, as it turns out, is the penultimate step before desire. You see, working on the basis that I hadn’t died care of the front of an oncoming Scania, I very quickly developed a great deal of want for that car. And approximately one year later, it would be mine. 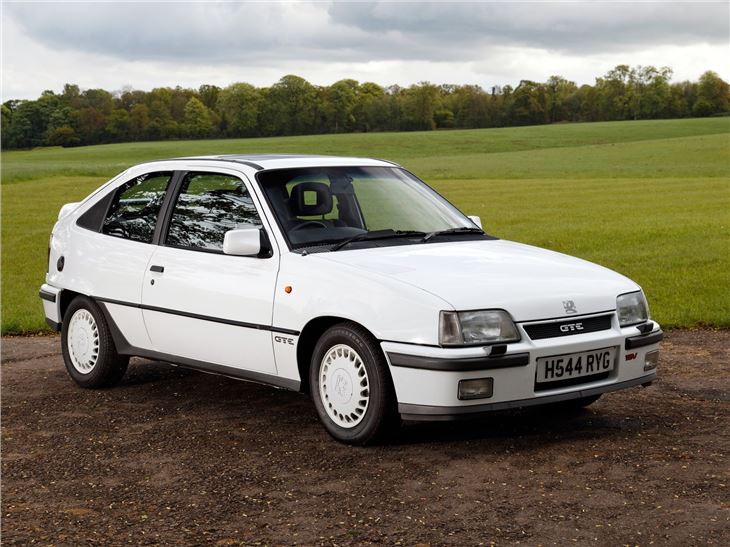 Needless to say, this isn’t mine. Mine’s probably in your kitchen, encasing baked beans or soup

There’s a caveat with car ownership via my stepfather, and it comes in the form of never actually being allowed the car until he’s bored of it, irrespective of the fact said car has been sat outside your house untouched and unloved for over twelve months. I hinted and hinted, I asked and asked, but he wasn’t willing to part with the GTE. It was worthless by this point (it wasn’t exactly mint to begin with) which infuriated me no end. In fact, I’d given up all hope until one day, he turned up in H919WAM, the blue Astra GTE which would become his daily drive (I owned that, too. More about that in another post though).

With a new toy at his disposal, I was thrown the keys to the 2.0 8 valve, three-door, white, horrifically rusty and dented GTE. I was 15 and-a-half. I had a GTE. Yeah, boy!

I wasn’t phased by its rust though. The skills and techniques acquired during the ownership of my last three cars would pay dividends when it came to reviving this white slice of Luton loveliness. I was ready to go big on this, it was the best car I had owned by a considerable measure. So, after raiding the garage for supplies, I undertook a job hitherto unknown by my cars. I washed it.

In reality, that was it for a long while. I was 15 remember, so I couldn’t exactly drive to the shops, despite driving without any form of legality or skill being considered the norm for teenagers in Manchester. I was a good boy, so I just sat in it and went “oooh” every time the digital dash lit up. I was an easily pleased youth. 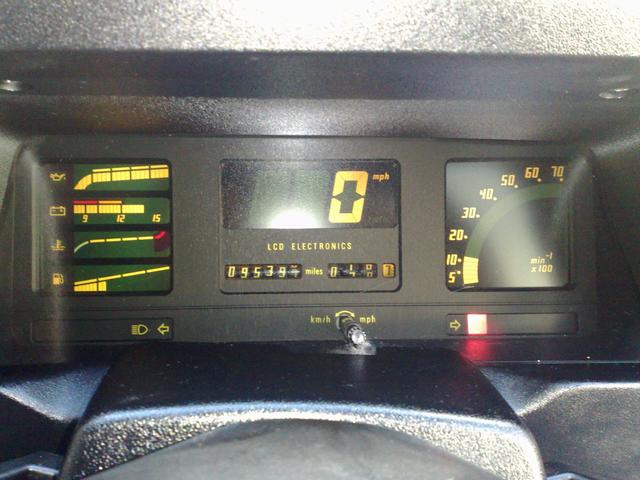 A GTE digital dash, in case you’ve never seen one
I had the car for about a year, during which time I pawed through copies of Revs and fantasised about CD changers, TSW Venoms, Longmill Ice and Courtney turbo conversions. But, as a lowly youth, these things only ever got any closer if I was reading said publication while sitting in the car, which I did on a regular basis. I was a weird teenager.
The neighbours agreed, seemingly displeased by a boy sitting in a shagged car with magazines and a torch late into most evenings. They probably didn’t like the car ‘parties’ either, where me and three chums would sit in it and imagine driving somewhere. Looking back, it’s a wonder how I’ve become a functioning adult.
While my washing skills were impressive, the neighbours were becoming more than a little pissed-off by the derelict Astra on their street. Mother and Stepfather were also getting a bit miffed, which I found frustrating. DON’T GIVE A 15 YEAR OLD A CAR AND THEN GET ANNOYED WHEN IT DOESN’T GO ANYWHERE! What were they expecting? Pffft, parents.

This is – or was – a motorbike, but it’s a nice picture. Just use your imagination
With the pressure of twitching curtains becoming too much, I was ordered to get rid of the GTE. Apparently keeping it on our four car driveway was out of the question. I agreed, begrudgingly, but not before hatching a master plan so grand in scale it would… actually I just took it to bits and kept it all in my bedroom, thanks in no small part to my technical abilities developing somewhat since the white Capri.
With ‘rainbow’ Recaro seats to my right, and a digital dash under my bed along with two alloy wheels and a boot spoiler, I mourned the loss of my GTE. Though it wasn’t all bad, because before the sadness had time to take hold, I heard the familiar sound of a Peco Big Bore 4. My mate’s mate, Tony ( or ‘T’ as we called him, because he was bigger boy and like, well cool) was over the road in his Orion 1.6i Ghia, and that car always cheered me up.

At least, it did until I owned it…