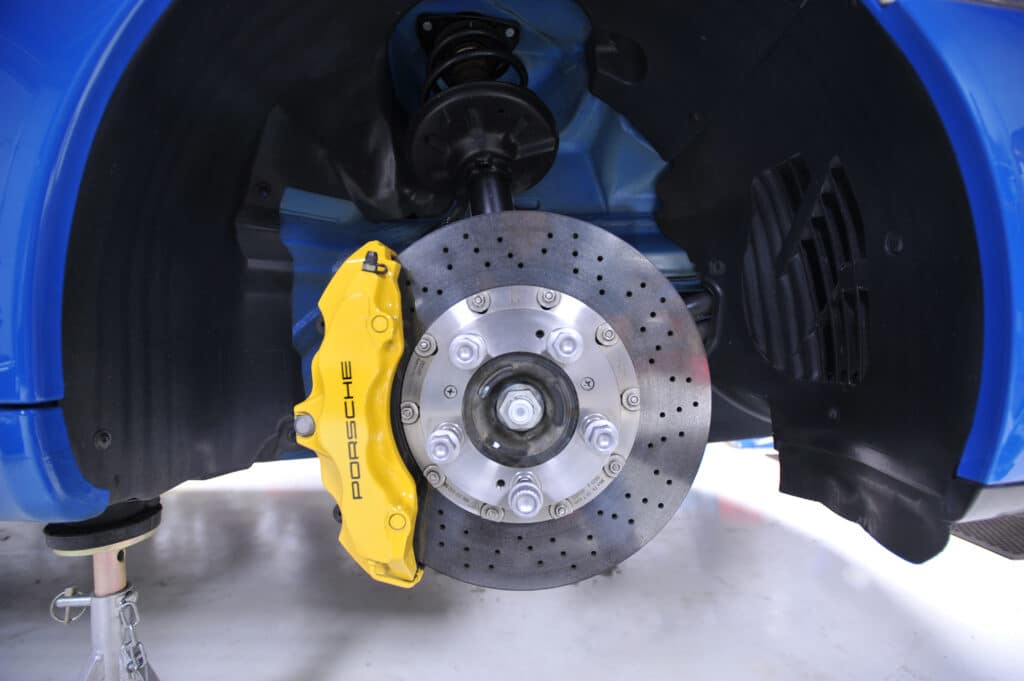 Brake stuff. Instead of Break Stuff. It’s a play on a Limp Bizkit song from back in the ’90s. Fred Durst. Anything? COME ON!

Anyway, you drive along, you press the middle pedal, the car comes to a halt and you don’t really think anything of it. But what’s going on down there? How do the brakes work? How many kinds of brakes are there? Handily, we wanted to know too, so we’ve put this guide together covering all the different types of brakes you’re likely to find at the end of your pedal. At least hope you find them, because if you don’t you’re in for one hell of a ride.

One of the oldest systems, and one of the most basic, drum brakes are still in regular use today. They work, as the name would suggest, via a drum that sits over two curved ‘shoes’. When you press the brake pedal, it in turn activates a piston within the drum that pushes these ‘shoes’ outward, onto the inner wall off the metal drum. It’s the resulting friction that brings the car to a stop. The ‘shoes’ are sprung, so when you release the pedal, they return to their resting position.

Drum brakes are great, but they’re not the best for heavy or performance use. That’s why they tend to be used only on the axle of modern cars, where less brake force is required. That said, they are commonplace on large goods vehicles, but their bigger size means they’re less likely to overheat in that application.

Arguably the most common, disc brakes are the most efficient and the most effective. The basic principle is a metal disk that’s mounted to the hub, so it spins with the wheel. There is a caliper mounted above it, which grips the disc when you press the brake pedal. This slows the rotation of the disc and brings you to halt. Simple stuff. But thing is, there’s more than one way to skin a cat, or in this case, to stop a car. 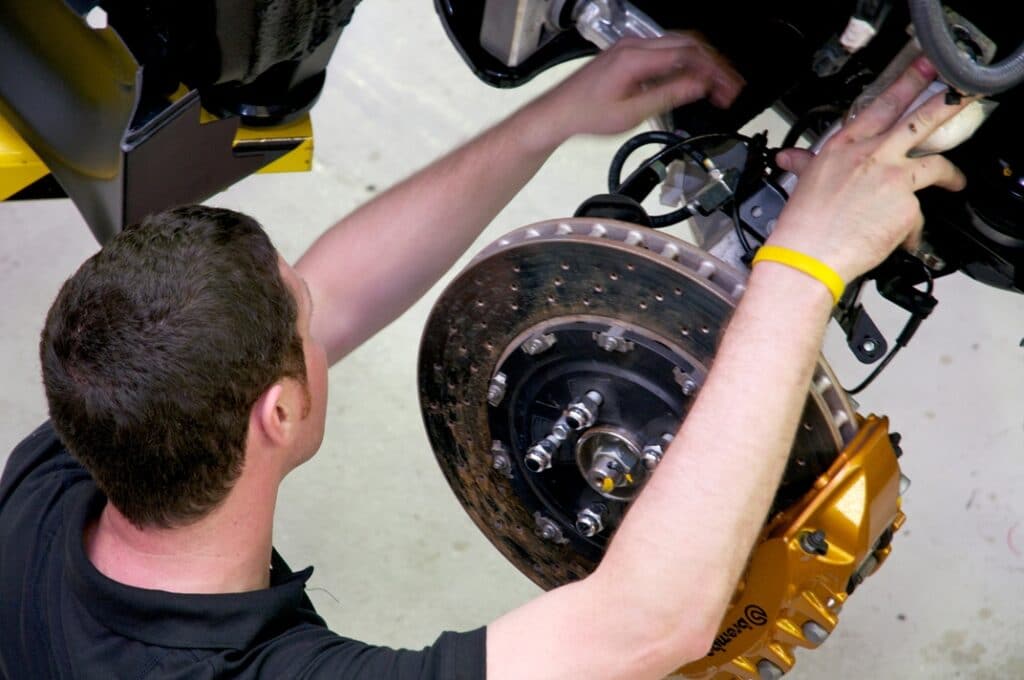 This system means the caliper, as the name would suggest, is fixed. Within the caliper there is a piston on each side, which when then brake pedal is depressed, push a brake pad onto the disc from each side. 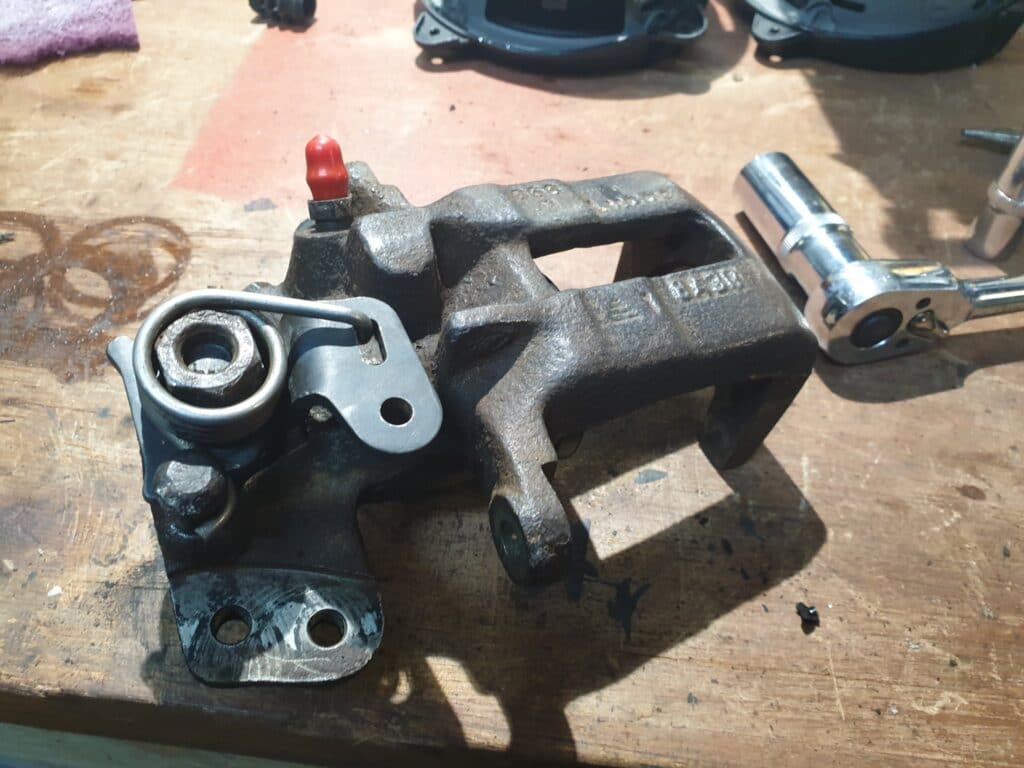 This setup is the most common, and sees the caliper mounted on sliding pins. Within the caliper, there is only one piston. So, when you press the brake pedal, that piston pushes a pad onto one side of the disc. At the same time, movement of the piston pulls the caliper in, thus putting pressure on the brake pad on the other side.

You’ll see this in race or fast road cars. It works the same as the fixed caliper system, but instead of there being just one piston on either side, there are several. So if you hear someone say a car has “six-pot” brakes, they mean it has six piston calipers, three on either side, twelve in total across the front of a car.

The fun doesn’t stop there though. Because not only do you have the stuff stopping the wheels, you have the system behind it that makes the brakes work in the first place. Are we sitting comfortably? Then we’ll begin:

You might think brake fluid is the be all, end all of braking systems, but you’d be wrong. Back in that day, cars like the early Volkswagen Beetle for example, were fitted with drum brakes all round, which were activated by cables rather than a hydraulic system. You press the pedal, some cables tighten, the brakes activate. And yes, that system is as terrible and as terrifying as you would imagine. 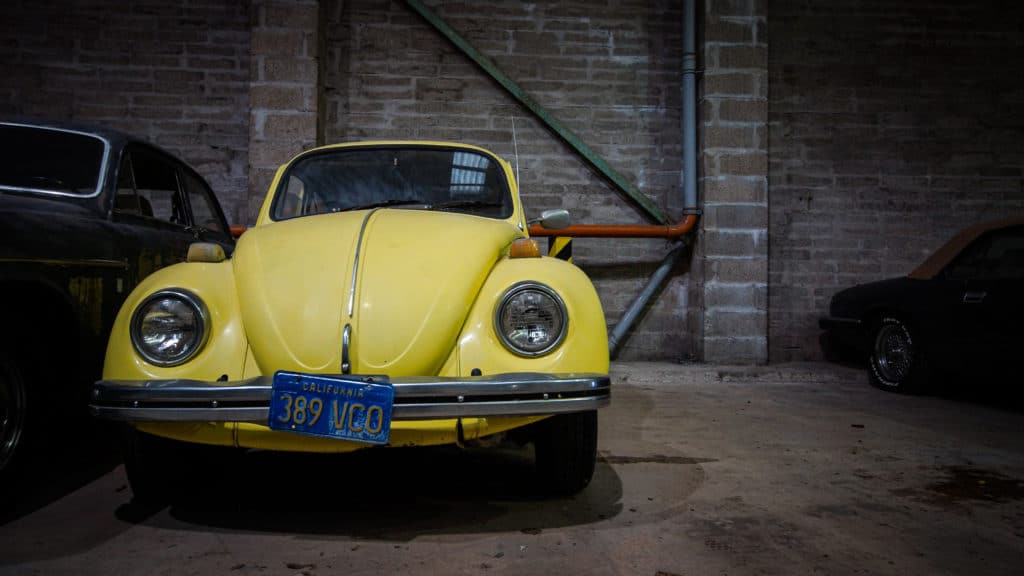 Some early Beetles were fitted with cable brakes. They were… terrifying. 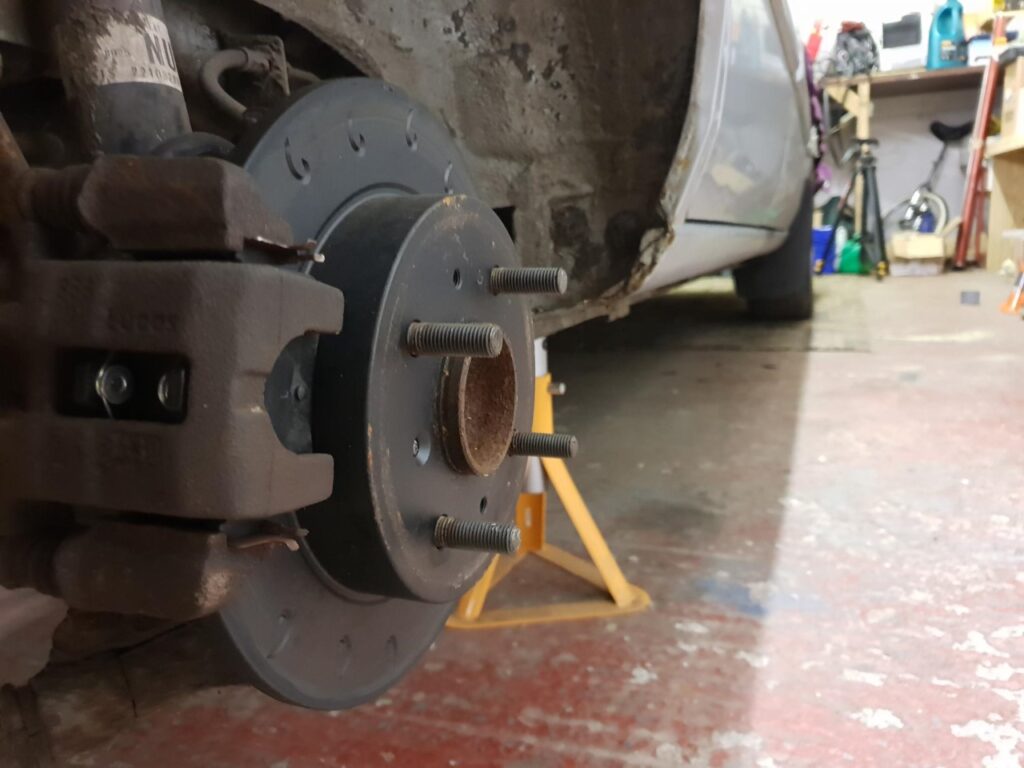 Typically, the reserve of large goods vehicles, an air brake system works in the same way as a hydraulic brake system. However, the air can run at much higher pressures, so the system is able to handle more load or resistance from a large mass that is trying to stop. Interestingly, the air is used to take pressure off the brakes, rather than put it onto them. So when you see thick black lines on the road from a truck’s tyres, that’s probably because an air line has failed, thus locking the brakes on.