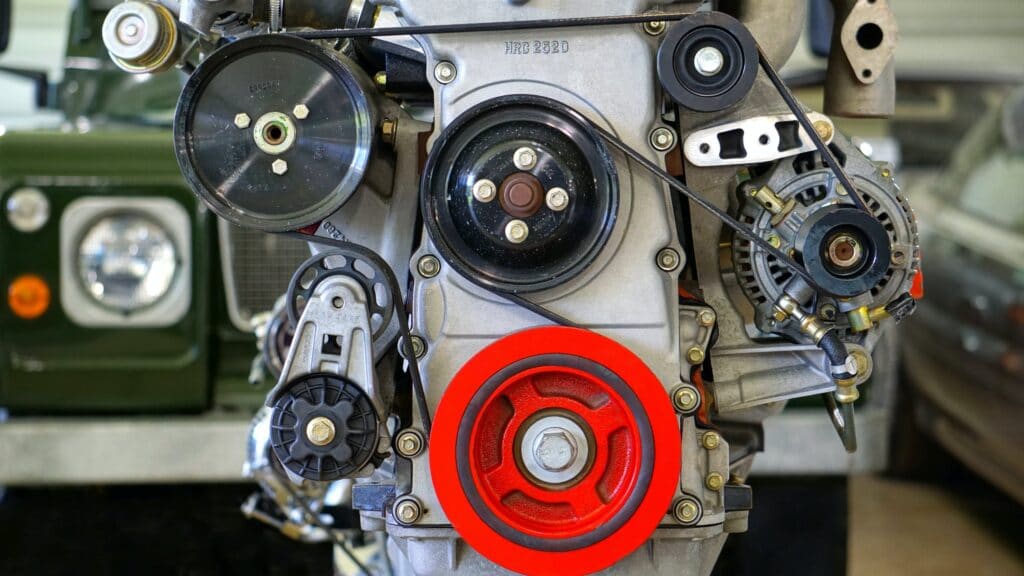 A running engine is a beautiful ballet of many mechanical parts dancing in the face of each other, but much like a secondary school romance, there is never any touching allowed. But how does it work? What stops part A from smashing into part B? What is responsible for making your engine work in harmony rather than fail in a shower of metal shards and oil? Your timing gear, that’s what. But belt or chain?

Timing gear has arguably the most important job under your bonnet. When it’s spot on, everything works, your engine revs and you are free to enjoy every one of your brake horses. Keeping it spot on is the job of one of two things: either a timing chain or a timing belt. But what’s the difference? 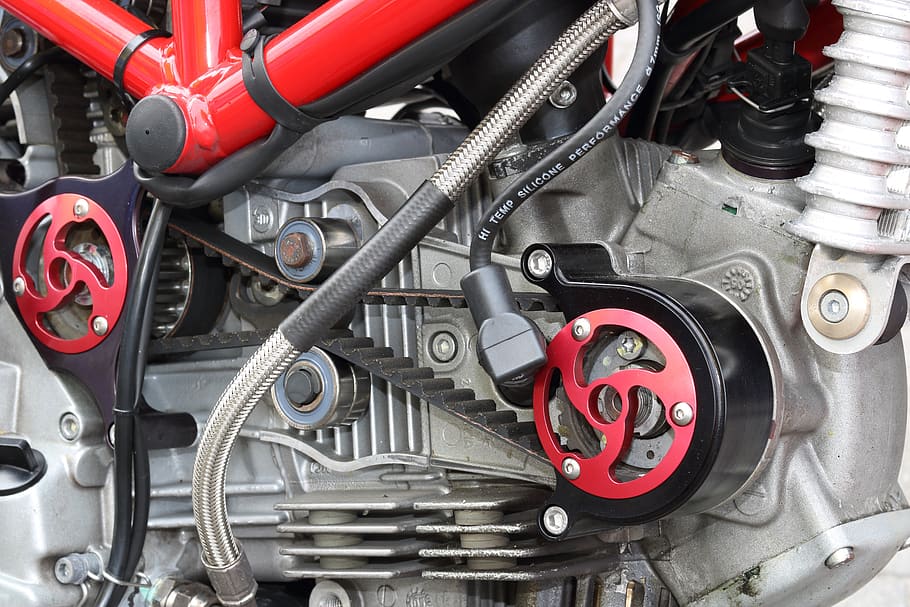 A timing belt here, but on a Ducati…

There’s many a school of thought on this. Some argue that a chain is better, others say belt. In reality, they’re both good at what they do, and what they do is this. They link the crankshaft and consequently the pistons and also the cam shaft or shafts and consequently the inlet valves and the outlet vales. By linking them, the chain or belt keeps them in place, or should we say, in time. The chain or belt makes sure that when pistons are down, so are valves, when they’re up, the valves follow suit. Without a belt or chain, both would smash into each other and your engine would be rendered scrap.

A belt is no better than a chain or vice versa. In older engines a chain can be a noisy thing, even when it’s in fine fettle. However, for the noise, you do get a part that will almost certainly never break. That’s the big selling point of a timing chain – the durability. It’s a metal chain, not a rubber belt, so it’s hardier and as such has a longer life. But a chain isn’t perfect. The guides on which it runs can wear out, making it noisy. In some testing, high temperature applications, a chain can also stretch. Your car will still run, but not quite as well. Plus, a timing chain normally only ever looks after the timing. Meaning auxiliary devices like the water and oil pump need to powered by another belt. 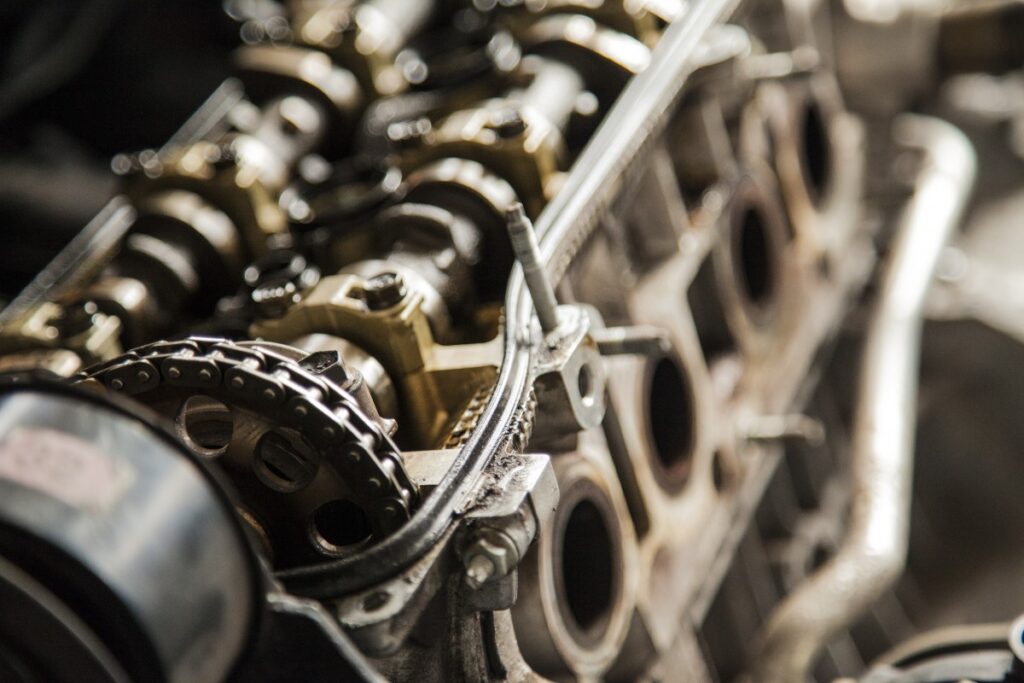 A timing chain. More durable, but not perfect – they can still stretch and fail…

The more common timing belt, sometimes known as a serpentine belt due to the way it snakes around the engine, is a one-stop-shop. It normally powers everything on your car, so it not just the timing. The oil pump, the water pump, the AC pump, the power steering pump, these can in theory all be powered by the one belt, though often manufacturers will have an auxiliary belt too.

The big downside with a belt, owing to the fact it’s rubber, is failure. You never maintain a timing belt, you only replace it. Service history on such a part is very important indeed. They can last far longer than your service book says, but to let them would be foolish. If a timing belt snaps, you’ll get no warning, and when it does, it’ll wreck your engine – that’s a promise, we’re afraid.

In conclusion, neither is better than the other. But both are very important indeed. So, keep your servicing up to date on your belt, or our general maintenance up to date on your chain (oil, carries etc) and you should have many miles of motoring ahead of you.