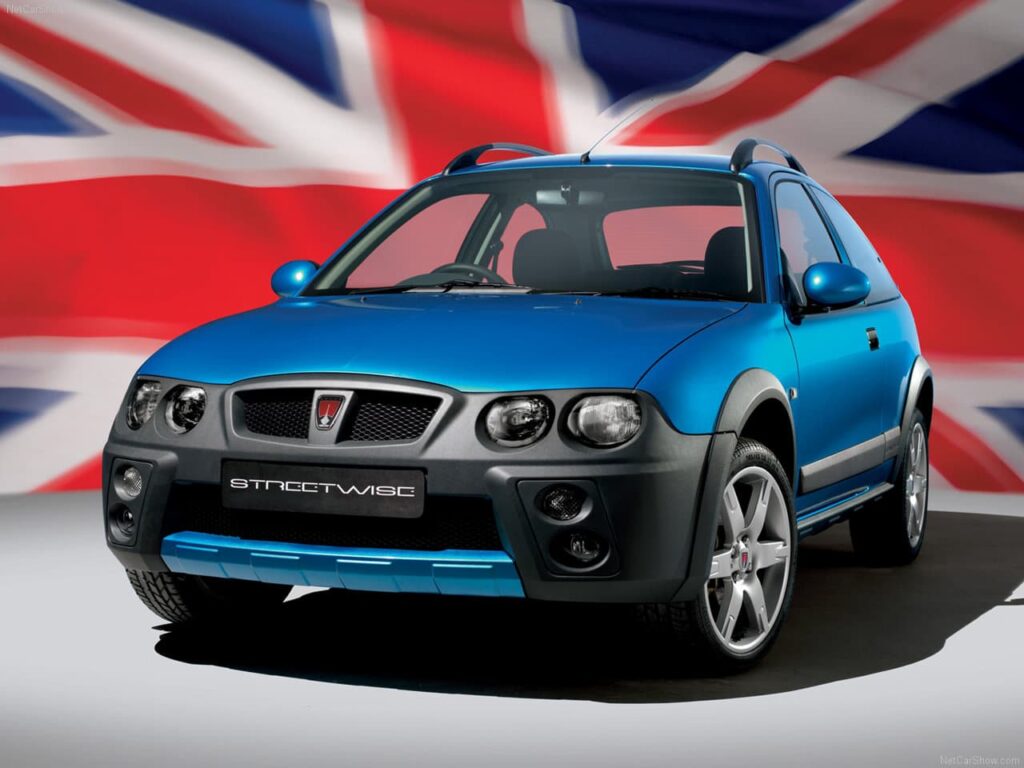 The soft-roader, or car that looks well ‘ard but is actually no more intimidating than your mate Dave who insists on wearing surplus army gear, is a popular thing now. It didn’t get much love in the past though, and when car companies tried to make their hatchbacks look a bit meaner, we laughed. But oh how the tides have turned. The ‘soft roader’ is here today, and it’s here to stay. But what graces the showrooms of today would be nothing without the brave experiments of the past. Three of which we have selected here. So, get your wellies on and choose your fighter… 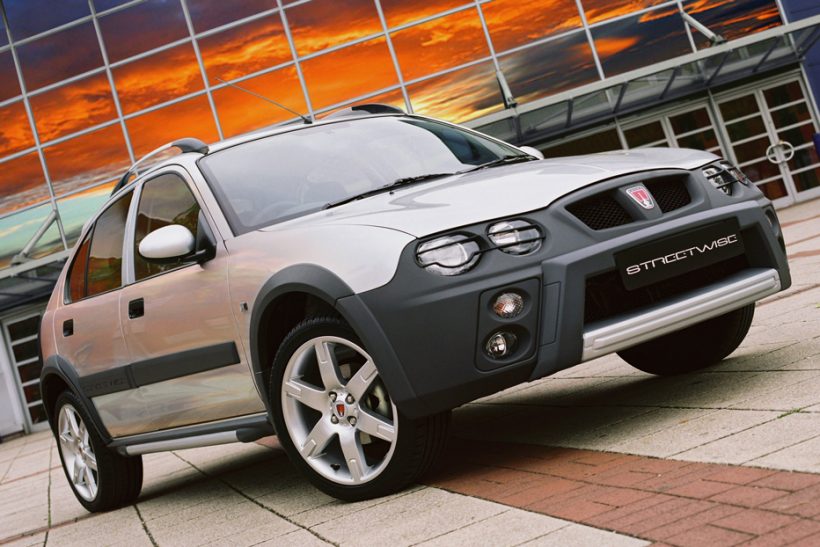 Rover’s first and last attempt at an SUV was the Streetwise: a chunkier 25 aimed at a younger audience. But sadly it was too little too late for Rover, and not many people were Streetwise enough to buy one. But luckily you can now pick one up for as little as £500.

There are three engines to choose from: a 1.4 and 1.6 petrol, and a 2.0 diesel. But beggars can’t be choosers, so if you’re lucky enough to find a Streetwise on the classifieds all three engines will perform adequately to suit your needs.

Being a Streetwise, it will no doubt have been zipping over speedhumps and kerbs for most of its life. So keep an eye out for body damage and rust. Otherwise, the 25 (upon which it’s based) has a proven reputation for reliability. 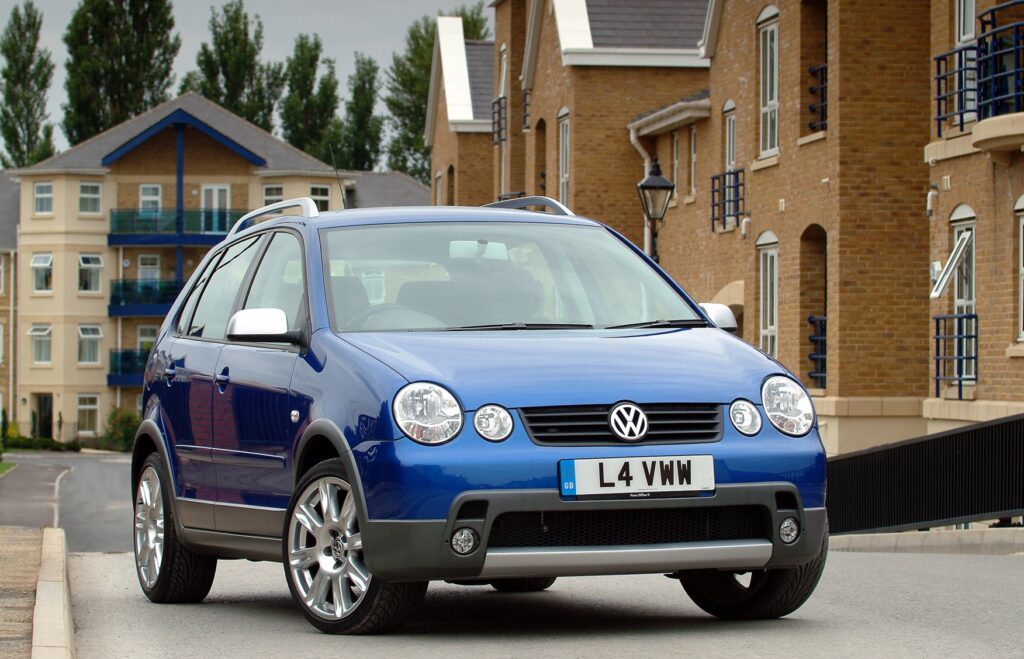 Is a regular Polo not your thing? Are you looking for a jacked up supermini but the Ford Fiesta Active X is just too expensive? Well look no further than the Volkswagen Polo Dune. Just don’t expect it to go bashing any dunes in the deserts though, as the Polo Dune is two-wheel drive only.

The 1.4 petrol offers the best balance of the bunch.

Being a Polo, the Dune will certainly be a trusty steed for any incoming owner. However make sure proper maintenance has been carried out, as Polos are popular with new drivers who tend to be on a tight budget. 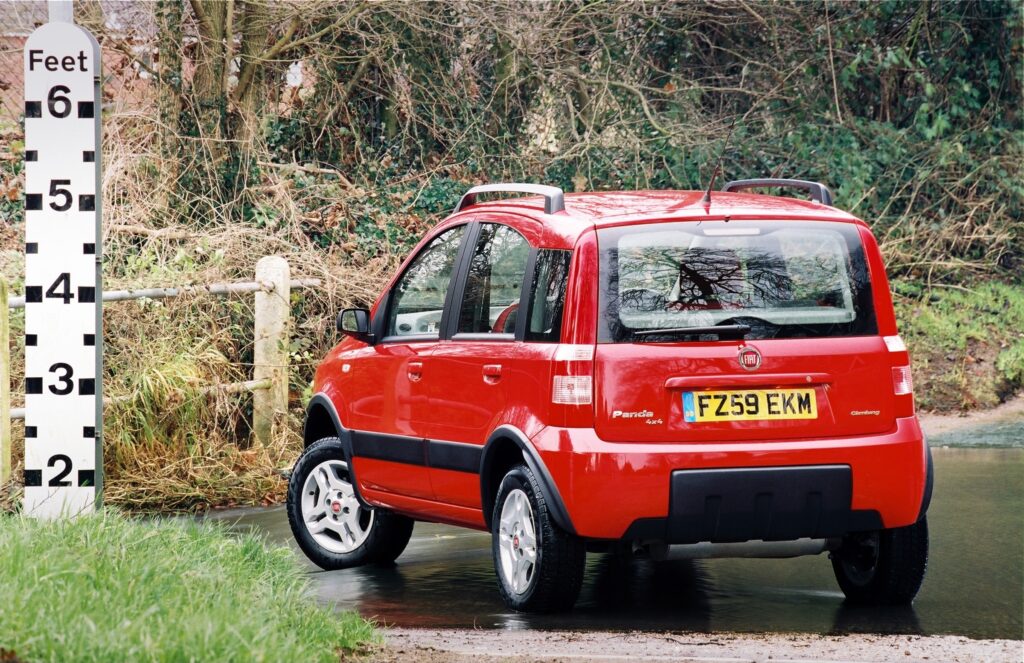 The Fiat Panda 4×4 is a wolf in sheep’s clothing when it comes to off-roading. Not only does it offer a genuine four-wheel drive system and impressive practicality, but also quirky Italian flair at discount prices.

Due to its surprising capability the 4×4 is prone to off road damage, so check for knocks and scrapes on the bodywork and underneath. Otherwise, the tried and tested Fiat engines will offer decent reliability.