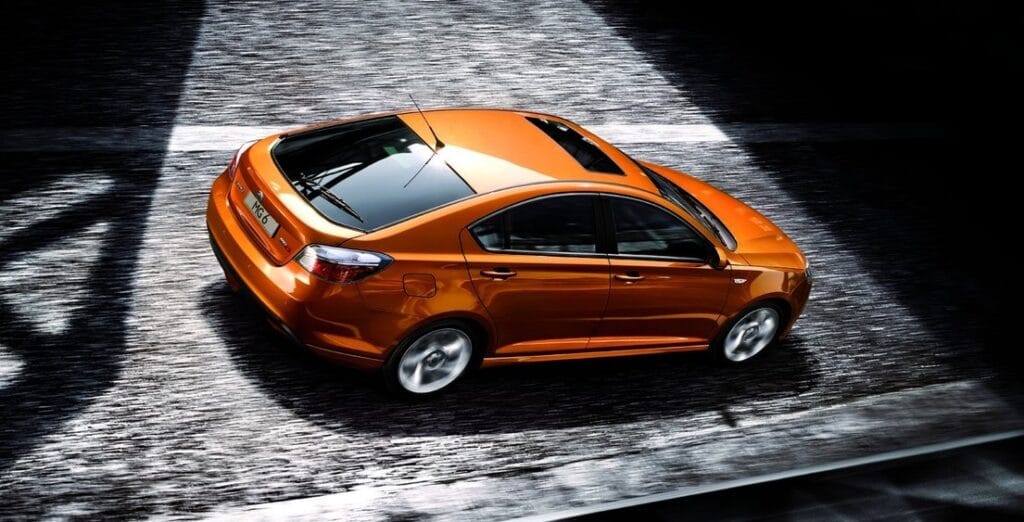 It’s taken it a decade, for some reason, but now the MG6 can be found occasionally bobbing in the waters of Not £2 Grand. So cast your fishing stick, if you will, and hook one. Or not. We’re not your dad, we can’t tell you what to do. We can, however, stick some words to other words and tell you about the MG6. Otherwise known as that car you probably forgot about. The car that was billed as being the new face of an exciting new era for MG. Or, um, not. 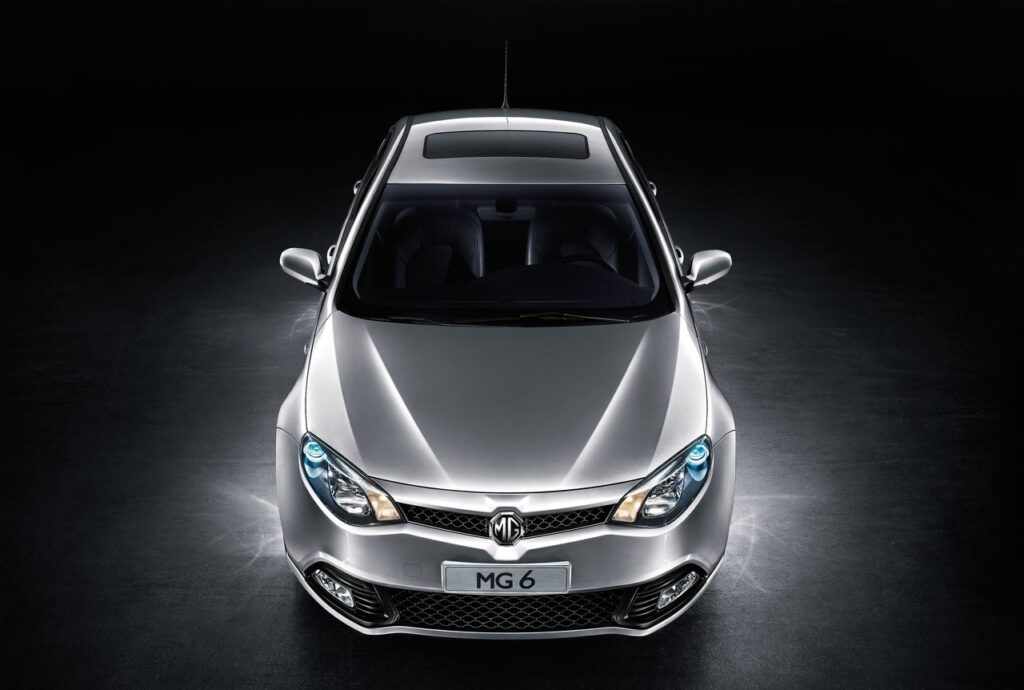 The genealogy of the MG6 makes for headache-inducing reading. It was never meant to be an MG. Instead, it was going to be a Roewe vehicle. Roewe being a Chinese manufacturer. If we’re reading it right, it was based on the Roewe 550, which in turn was loosely based on the Rover 75. The MG6 has, apparently, a Rover 75 front subframe. It is the Rover 75’s ninth cousin removed, but only after uncle Dave marries auntie Jackie, or something. Anyway. It was going to be a Roewe, but was in fact designed in part here in the UK at the SAIC Technical Centre. But then SAIC – a state-owned Chinese car manufacturer – bought Nanjing Auto. Nanjing owned MG at the time. And so the car was hastily redesigned, and called the MG6. We think. We need a lie down.

The bottom line is that while the Chinese were sifting through the literal rubble of Longbridge, they decided the MG TF was worth keeping. Everything else went in the bin, again literally, and the Roewe 550 75 MG6 thing was drafted in to bolster the line up. MG couldn’t very well go back to market with only one car, and an old one at that. The MG6 was fresh meat. Or it would have been if anyone had noticed.

So, is it a Chinese car? Yes and no. It was designed by and large here in the UK by a team of 400 engineers. But they were working with existing stuff from the Roewe parts bin. And while the MG6 went through final assembly at Longbridge, the reality is that upwards of 80% of the parts came from China. Not that it matter of course. Pretty much everything comes from China these days, so why should cars be any different? 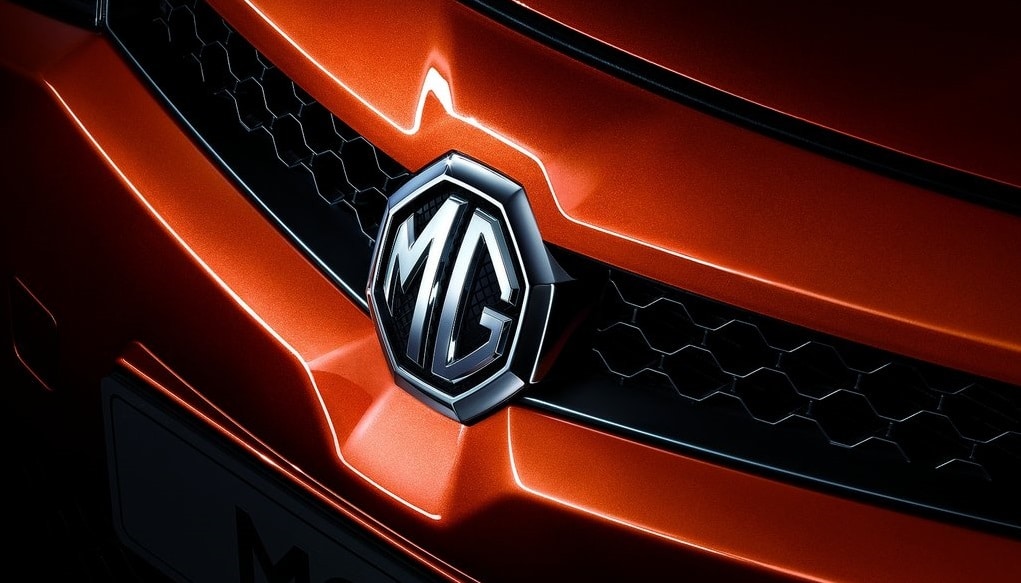 Now that we’ve covered the confusing history of the MG6, let’s talk about what it’s like as a car. Yes. A car. It is indeed a good representation of the dictionary definition of a car. It does that very well indeed, in fact. But that’s about your lot. The MG6 impressed the motoring press with its steering and its general on road manners. But it also alloyed with road noise, build quality and it’s complete lack of image.

MG’s founder, Cecil Kimber, wouldn’t look upon it fondly, that’s for sure. MG was once a brand fired by passion and soul, two things the MG6 lacks completely. However, it’s not a bad car. It’s just… a car. A means to get you from where you are to where you want to be. That’s it. It will stir no souls, it will prompt the release of not a single endorphin, it won’t make you giggle. But nor will it offend you, hurt you, or make you wish you took the bus. It is a car by the very definition of the word. That’s it. 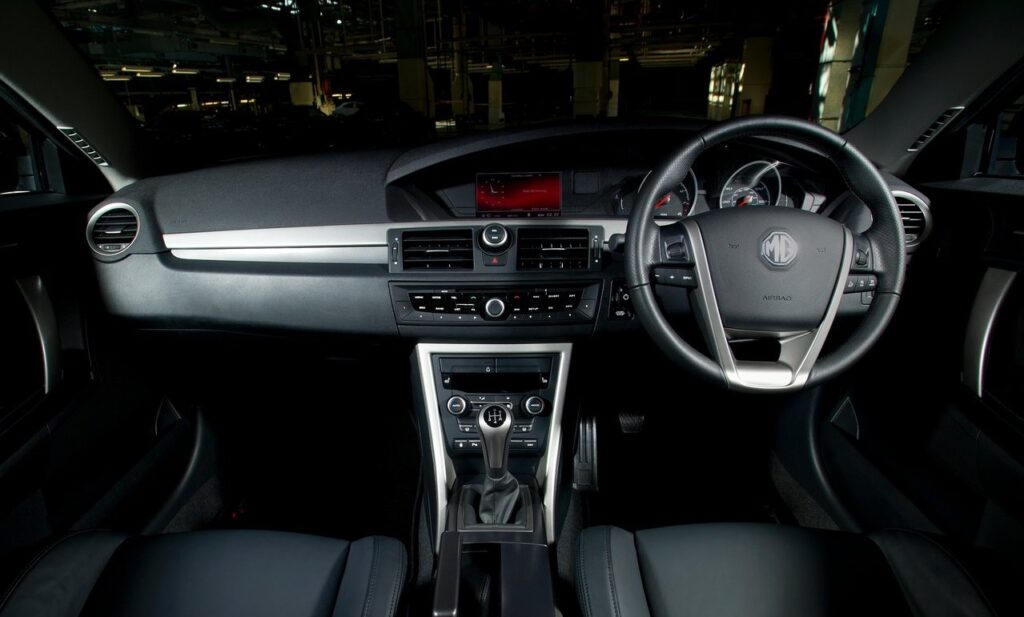 Sit inside it and you’ll be presented with things like seats, and a steering wheel. A gearstick, too. It’s inoffensive at first, but then you look around and realise there are McDonald’s toys boasting better build quality. The digital centre screen was, on early cars at least, powered by a BBC Micro, with the graphics to match. The seats were picked blindly from the book of generic car parts, the steering wheel feels a bit cheap and by now, there will probably be a few rattle and squeaks. However, as per the car definition, it all serves a purpose. It all does what it should, just without any snap or pizazz.

There is plenty of space in an MG6 GT, which is nice. The GT is the hatch version, in case you’re wondering. There was a short-lived saloon, because the Chinese love a saloon. However, Brits don’t, so it was killed off in 2015. Back to the GT, which is by far the most common model, you get a fairly big boot, you get space for the kids, it’s all very acceptable. Very… average. 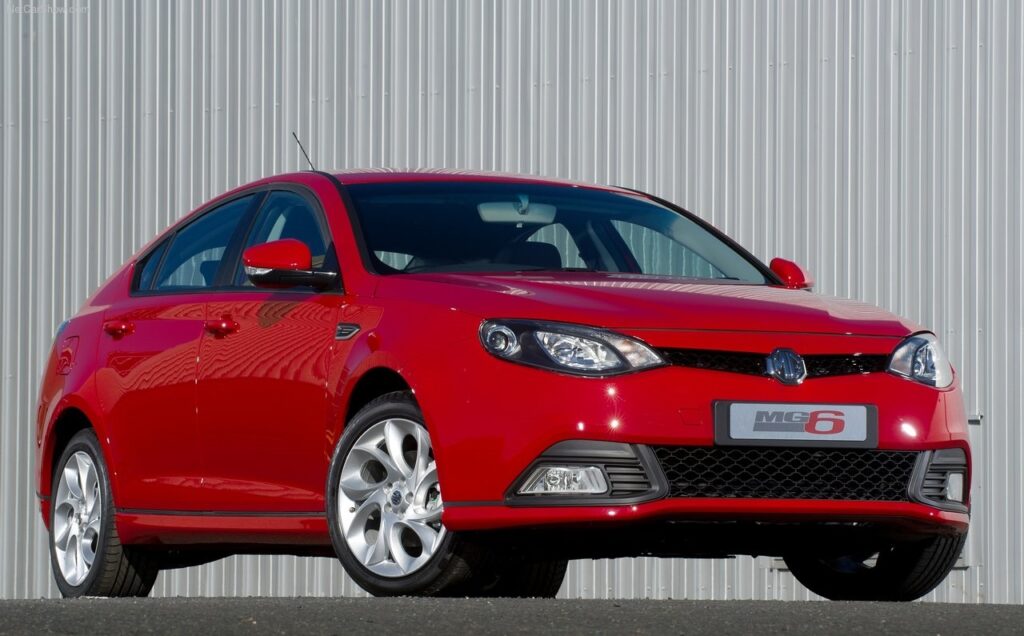 Step out of the MG6 and you’ll see a car. It’s neither ugly or attractive. It’s neither dull nor exciting. It’s just a car. An apparent facsimile of the cars of 2011. If it were in a computer game, it would be random traffic, not a playable car. It has lights, doors, wheels. You’ll probably lose it every time you park it because you’ll have forgotten what it looks like.

Surely though, it must be good to drive? Well, again, it’s not good, but nor is it bad. The chassis is nice and tight, and the steering is a highlight in that it offers the driver plenty of communication. But that’s about all that there is to get excited about. The brakes brake. The suspension stops it falling over. The gearbox is indeed a box with different gears in it. There you go. That’s it. 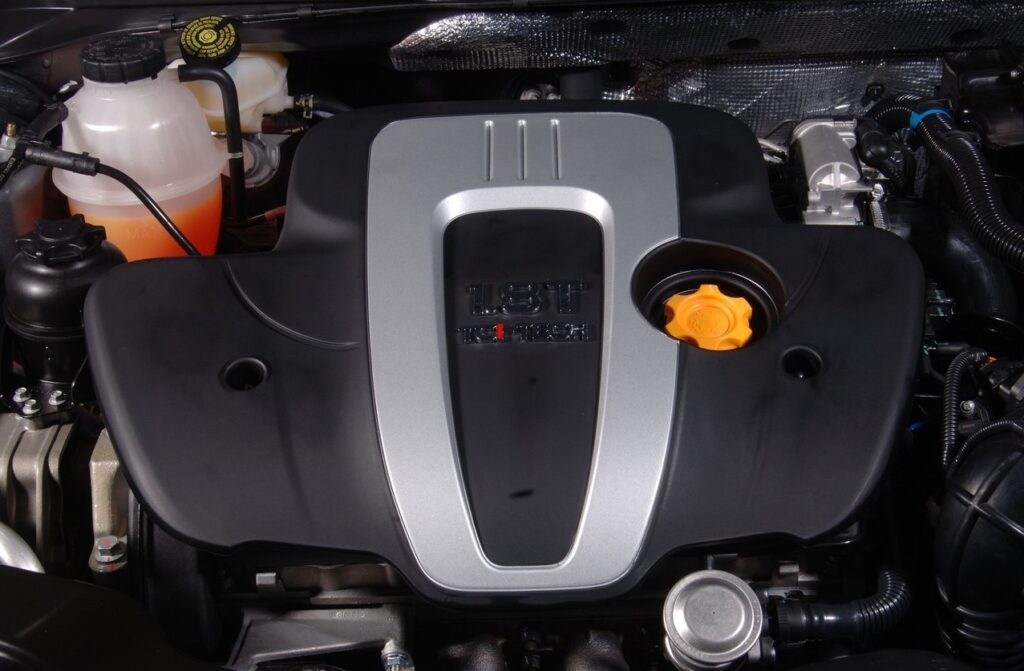 Engine wise, you get one choice. A 1.8 turbocharged unit. It has 160bhp and can, if hustled, hit sixty-two in about 9 seconds. It’s your standard four-pot petrol, DOHC affair. Look after it and it will look after you. There might be a faint whiff of Rover about the car’s heritage, but that doesn’t mean the head gasket is going to go pop. There were some diesel options, but they didn’t come about until 2015, when the petrol was actually dropped. Again, they’re just normal diesel engines with nothing exciting to report. However, they are far more than two grand at the moment. 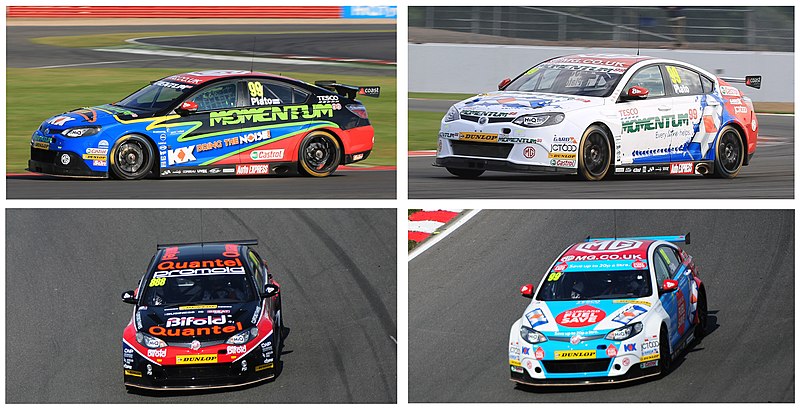 Despite being no more exciting than custard, the MG6 was actually quite a good race car. It won championships, and was a regular on the grid as both a works and privateer car.

So why in the name of biscuits should you buy one? Well, we’re talking about cheap cars here. And as ever, beggars can’t be choosers. If you want a car that works, that does everything you need a car to do, this is it. It is to driving what a cheese sandwich is to eating, what water is to quenching a thirst. It does what it was built to do. That’s not a bad thing. Plus, the MG6 was traditionally bought by people who found Antiques Roadtrip a bit too exciting. This means they almost all in near perfect condition. Some have probably never been above 35mph. If you want to get a modern, safe (EuroNCAP four-star, here) car, this is it.