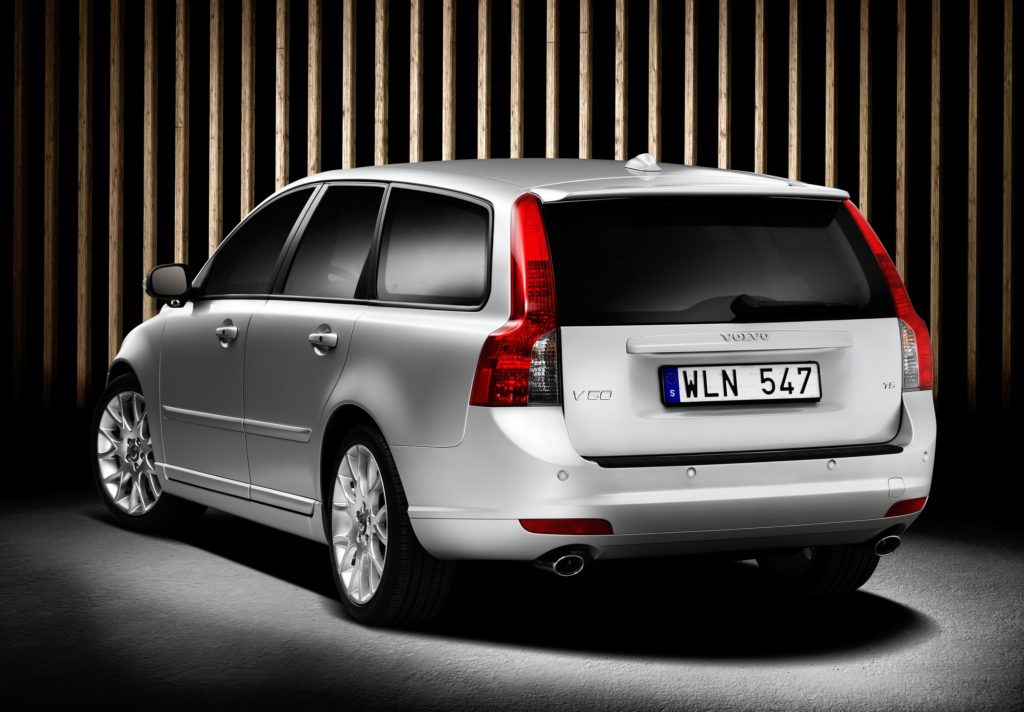 By the early 2000s, Volvo had started to add some flair to its cars, moving away from the formulaic and Lego-like aesthetic and instead adopting curves along with more aggressive angles. It worked, too. The cars it started knocking out were still entirely familiar as Volvos, but they had a bit more of an identity to them, a bit more soul perhaps.

It was clever timing by Volvo. We’d spent the ’90s falling in love with the company’s poster boy, the 850. We also spent the ’90s with our eyes glued to the TV as we watched said 850 – in estate guise – fling itself around the UK’s circuits on the hunt for BTCC trophies. Volvo had very cleverly, and rightly – the car was good – completely changed its image. The 850 T5, or even better, the T5R were hard-nosed, respected cars. Not bricks. The Volvo had street cred.

With this newfound credibility, it was decided to revolutionise the way the cars looked. We had come to accept the Volvo could be wild thanks to its racing exploits, so we were of a more willing mindset for Volvo to shake things up a bit. The S40 and its long-roofed brother, the V50, did just that.

Anyway, moving on. The V50. It was introduced in 2003 and as you’d expect for a Volvo of this era, it was largely a Ford underneath. But that;s not a bad thing. It used Ford’s C1 platform, which is the same as the Mk2 Focus, and last time we checked, that was a class-leading, driver pleasing car. Interestingly though, the second-generation Focus was a bit of a damp squib on the design front. It was, frankly, dull. But then again, the angular face of the Mk1 Focus is a hard act to follow. The point we’re trying to drive at, however, is that the V50 is better looking than a Mk2 Focus Estate. Which is a bit like saying Hyacinth Bucket is better looking than Nora Batty, but whatever, better is better.

The V50 offered an impressive 417 litres of load space, which is good if you need to buy 208 2-litre bottles of coke. Or a wardrobe. Whatever tickles your pickle. being a Volvo, the load space has a low entry point, and is free of annoying protrusions inside, so you can get big square things in your big square car.

Up front, you’ll be in for a treat, as the Volvo V50 had outstanding ergonomics. There was a whole host of adjustment in the seat and steering wheel, meaning even someone with the limb proportions of a T-Rex could get comfortable. The controls are well laid out, you get that funky ‘floating’ centre console, and being a Volvo, it was filled with more airbags than you can shake a Swedish stick at.

The only downside is the fit and finish. It’s good, but it’s not as good as it should be, and feels a bit light and cheap in places, certainly not as solid as you’d expect from a Volvo, which is a shame. And it’s also a bit ‘off’ in comparison to its peers like the E46 BMW and Benz C Class.

If you’re after economy, you should shoot for the 1.6 diesel, as this more often than not found a home in the DRIVe model, which was a lower, more slippery version. It also had the greatest alloy wheels ever, which were designed, like the rest of the car, to cut through the air with minimal fuss. Thus better fuel economy. How much better? Around 75mpg. That’s impressive.

Earlier cars had a 1.6 petrol with 100bhp, but it was rubbish, so don’t bother. Same can be said for the 2.4 170bhp petrol in those early cars. It wasn’t exactly leaps and bounds ahead of the 143 2.0 petrol of the time, which was also better on fuel. Oh, and there was a 1.8 petrol, too. Because of course there was.

The daddy of the lot, however, is the 2.5 petrol in the T5 models. packing five-cylinders and 220bhp, it was and still is a powerhouse, and if you like to modify, it’s the same lump you’ll find in the Focus ST of the time. You could get 300bhp out of one of these without too much fuss.

On the road, the V50 is typically Volvo. It’s well-behaved and keen to please, though it’s not exactly sharp, and that’s the case even with the T5-engined model. The AWD T5 version has a bit more purpose through the bends, but on the whole, the V5 is a composed, comforting place to be. Which is fine, as that’s what you’d expect from a Volvo.

The six-speed manual transmission fitted to most models is slick and keen to engage, whereas the auto option on the 2.0 diesel takes the work out of shifting with aplomb. The twin-clutch unit provides rapid yet smooth changes, and makes the V50 an even more enjoyable cruiser int he process.

If we’re talking about a Volvo, we can’t not talk about safety, and happily the V50 has lots of it. Isofix is present for the kids, there are driver, passenger, knee and curtain airbags, cutting-edge side impact protection along with ABS and traction control. EuroNCAP shot the S40 version at a wall, and as you’d expect from the crash mitigating Swedes, it got full marks.

All in all, the Volvo V50 is a sturdy, sensible car. Though in T5 guise it has enough poke to keep the inner boy racer happy, even if it lacks the on-road dynamics to match. Safe, practical and in DRIVe guise, incredibly economical, there really isn’t a lot the V50 can’t do. And with prices starting at a mere one thousand pounds, you’d be mad not to.