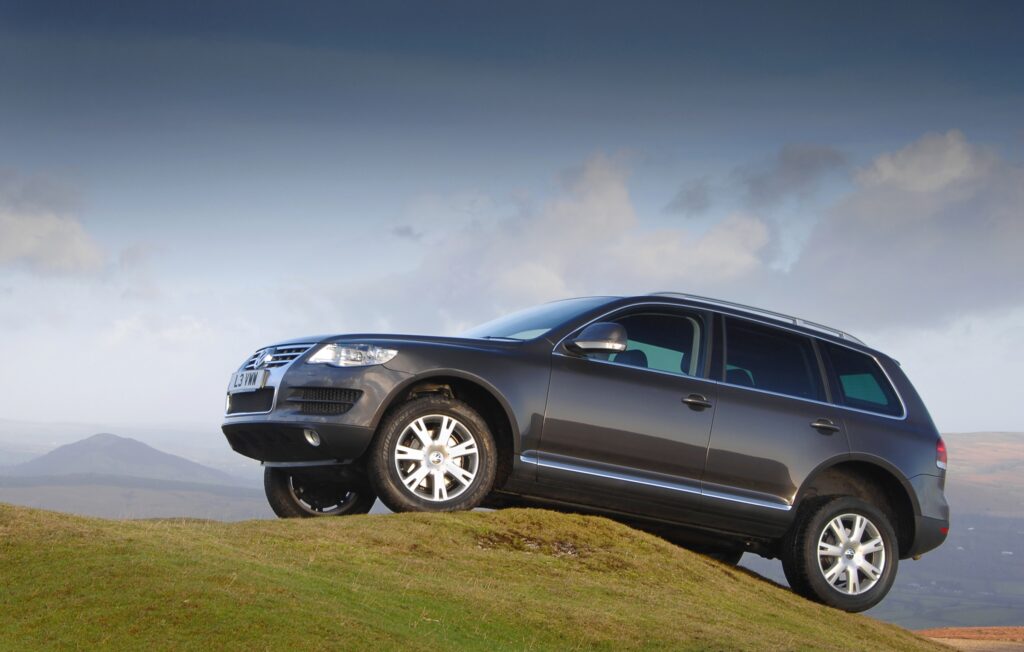 Look, we’ll level with you. We have been watching the prices of the big Volkswagen Touareg for a while now, and the plan was to write a post about how you would have to be utterly insane to consider buying one at this price point. And to be honest, there is still a degree of truth to that. It’s a big, complicated machine that, if it throws a wobbly, will bankrupt you. However, we’ve done some digging, we have done some reading up and we’ve bled through eyes as we tried to read the ramblings of forum users. In doing so, we have learned that buying an Touareg is no more risky than buying a 5 Series, or a Passat. And this excited us, because now we want one. But, that said, we want everything. The main person here is you, so should you buy one? Probably not. There are better cars out there. However, if you do want one, here’s what you need to know. 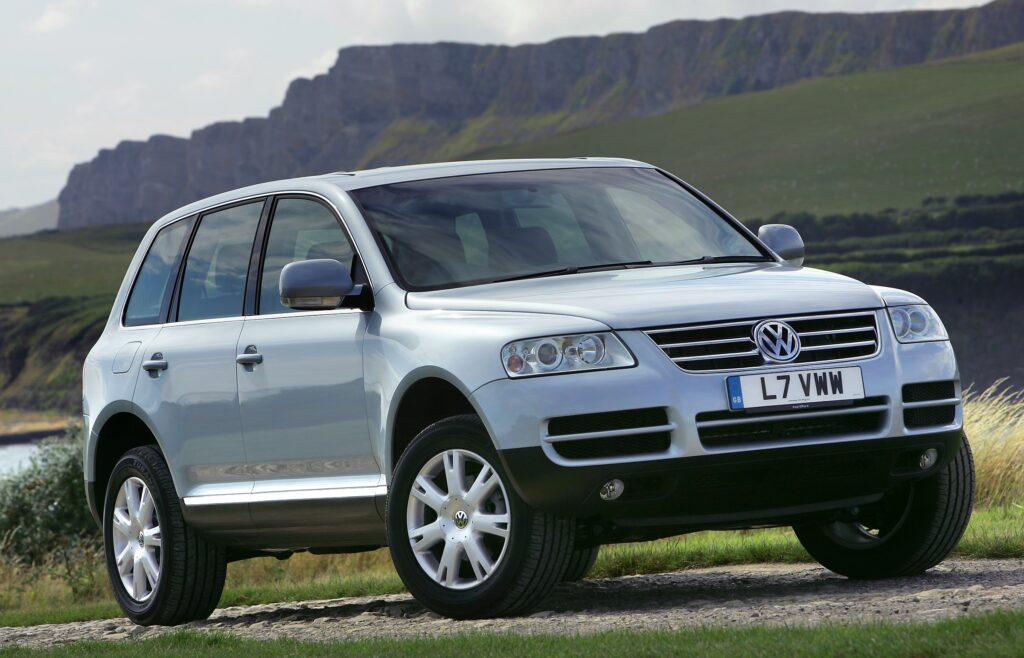 The Touareg wasn’t a Volkswagen only thing. In fact, it was the result of a partnership between the Volkswagen Audi Group and Porsche. The latter company wanted to expand its model range, and thought a premium SUV would be the way to do it. However, Porsche was obviously apprehensive about building such a car. It was a huge gamble for the company, and one that if played wrong, had the potential to end them. So when VAG came along and said they’d pay for a slice of the action, Porsche was over the moon. By having VAG money in the pot, the risk was shared and as such, the future of Porsche wasn’t left so heavily swinging in the balance.

A design and engineering team some three-hundred people strong was created, and under the leadership of Klaus-Gerhard Wolpert they got to work on designing what many deemed as the impossible. Namely an SUV platform that would drive and handle like a sports car. Which like asking a canal barge to go drag racing, but whatever. After many hours, many pencils and many, many sheets of paper, the team had something. Prototypes were made and while it didn’t handle like a 911, it did handle far better than any other SUV before it. This was it, they had cracked it. We imagine much beer was downed in celebration. Rightly so. 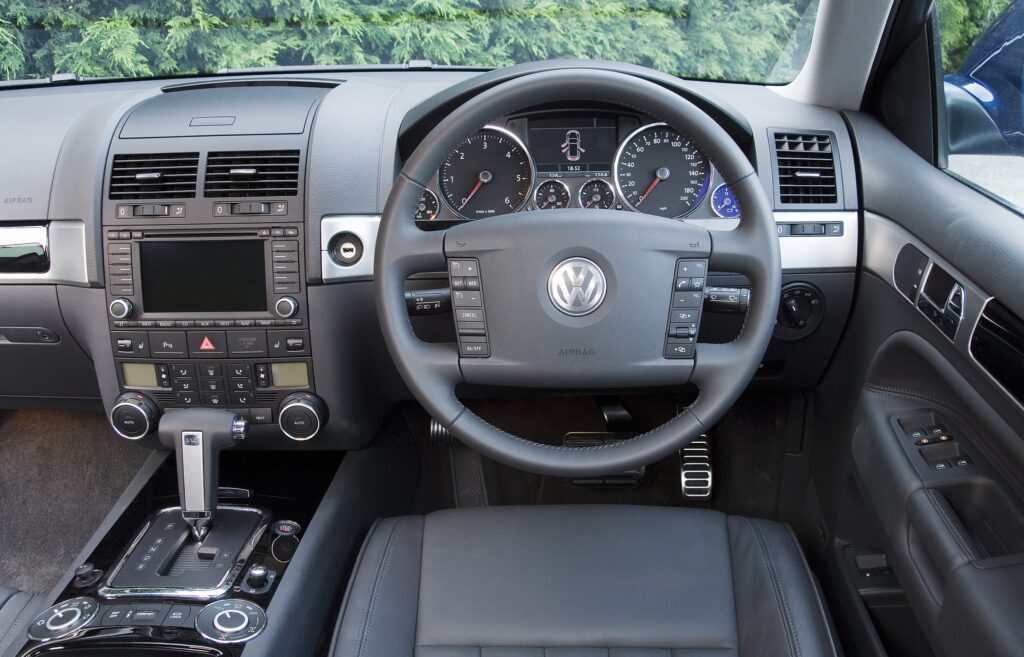 Love it or hate it, the Cayenne was a decent bit of kit. It blew the SUV sector to pieces due to being fun and exciting to drive. It was the car that sent Porsche into the record books – the Cayenne enjoyed the highest profit per vehicle ration in the motor industry. Impressive. But this post isn’t about the Porsche (though you can bet your bollocks to a barn dance that we’re watching the prices with hawk-like eyes). No, this is about the Touareg, which shared the same PL71 platform. The Audi Q7 used it, too.

This platform was perfect, as it gave Volkswagen the means to build an SUV, and thanks to the work of the Porsche engineers, it would be a decent one. However, don’t go thinking the Touraeg is a Cayenne with a VW badge. All it uses is the PL71 platform. The engines, body and interior are all Volkswagen. But that’s no bad thing, as Volkswagen knows how to screw a car together. Admittedly it wasn’t the most dynamic-looking machine to hit the roads in 2003, but that wasn’t the goal. Instead of flair, VW wanted a sturdy, imposing vehicle that was restrained but refined. And that’s what it delivered. It is the smart-suited, deep voiced brother of the trainer-wearing Cayenne. 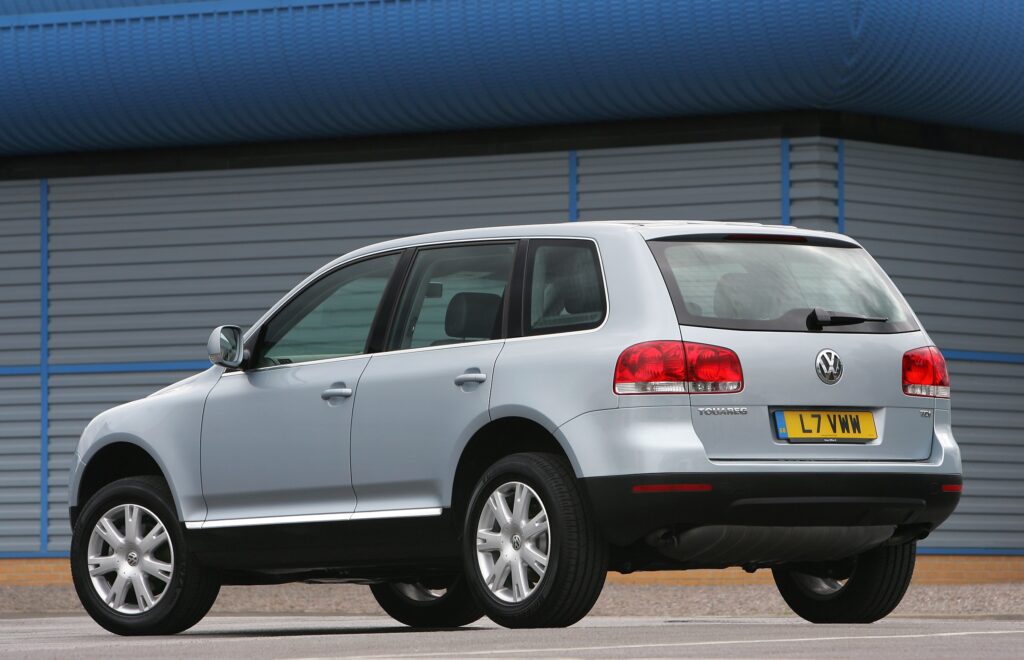 So what’s you money going to buy you? Well, as we opened with, we thought it would buy you a knackered, battered, ticking time bomb of a car, but it seems they’re actually not that bad. There are things to be aware of, of course, but on the whole the Touareg was decent machine that was well-built and impressively reliable. Your two grand (possibly two-and-a-bit-grand) isn’t going to get you an all singing, all dancing V10, but it will get you a leggy 2.5 diesel with 150,000 miles on it. But, here’s the thing, if it’s done 150,000 the chances are the known faults have been tended to.

What known faults, we hear asking? Well, the suspension (or at least the steering bits) are made of butter, so wheel alignment can be an issue. Especially if you take your Touareg off-road and beat the crap out of it. Which of course, you should, because the Touareg is really rather good off-road.

The water pumps were known to fail, but again, if your Touareg has been around the world six times, it should have been addressed. The same goes for the propshaft bearing, which again was made of butter. But they normally dies at about 60k. There are aftermarket, beefier replacements out there. The fitment of which is encouraged. 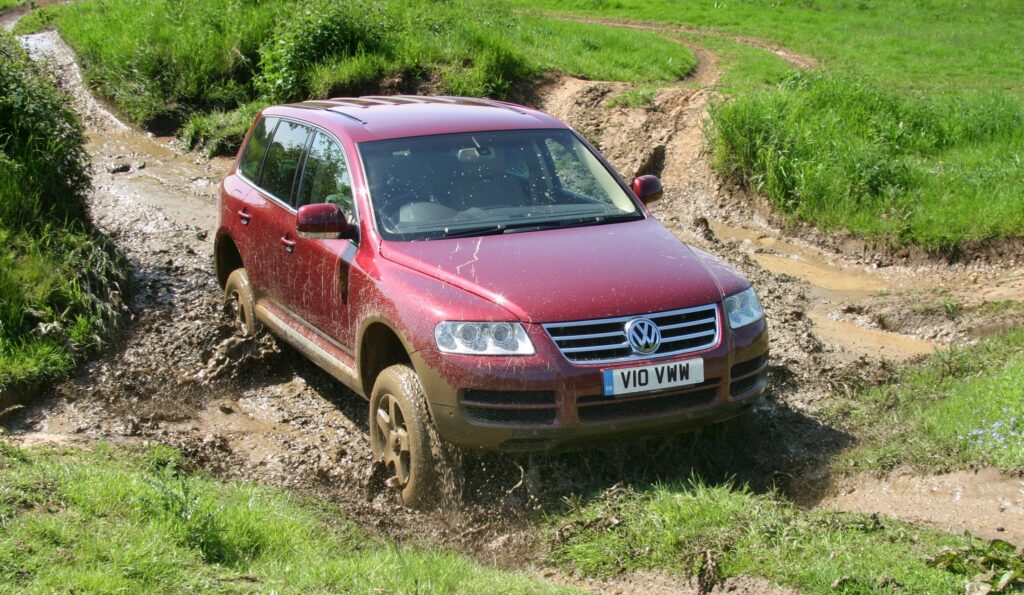 The other big, known fault with the Touareg is the transmission. The auto ‘box can get a bit ‘clunky’ which is down to the valve chest failing due to wear in the valve bores. Volkswagen of course denied there was an issue, but plenty of people reported it and forked out a couple of grand to fix it. However, now the issue is more widely known, there are many transmission specialists who can fix it for a fraction of that. The clunk came between fourth and fifth gears, so look out for it. 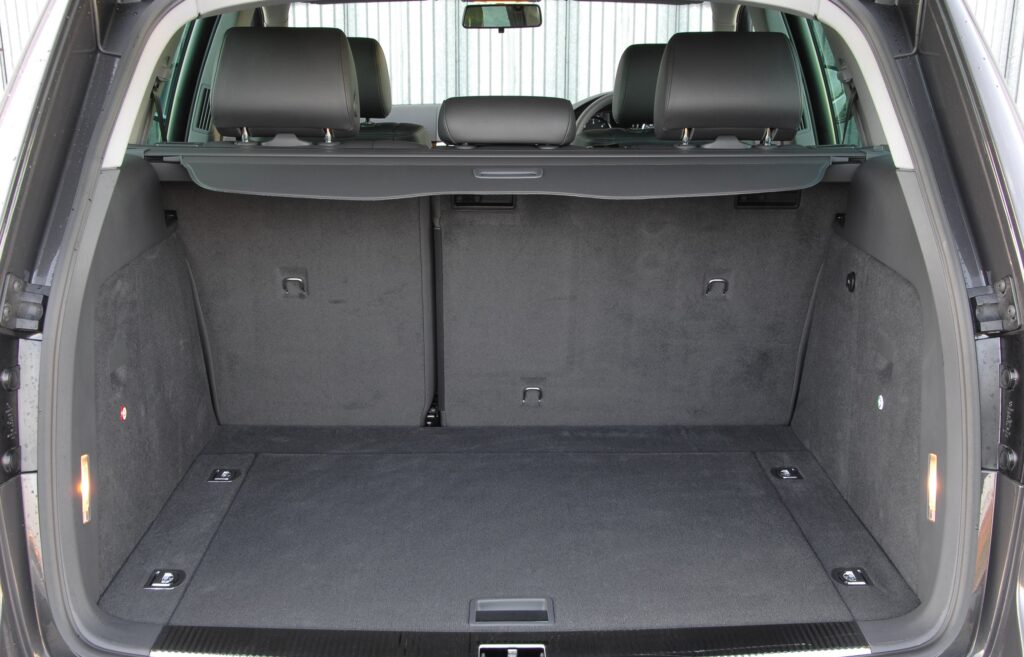 It’s just old car stuff. The Touareg isn’t a car that should come with a warning label or anything. It’s just a case of you employing a bit of due diligence when looking. There are plenty about, so you needn’t buy the first one you see. Even at this price point, plenty have full service history, most are in decent, presentable condition and as long as you stick to the 170bhp 2.5 diesel, you should get a decent car. People are scared of big machines like this, and yes, this one will be more expensive to run as brake, tyres, and servicing is obviously going to cost more than a Micra. But, if you want a largely reliable, well made, safe and fun to drive off-road that is actually really good off road, this is the car for you. Is it a gamble? Yes, but so is any used car.