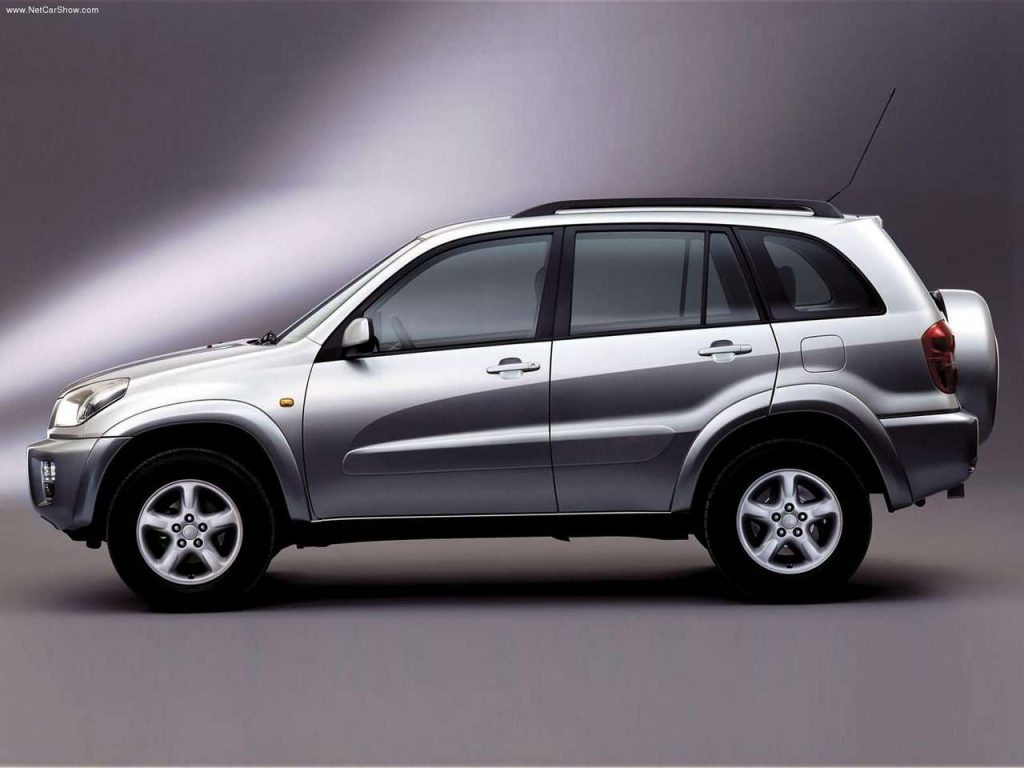 The Toyota Rav4 is a curious beast, or at least it was. When it was launched in 1994 it answered a question the average consumer hadn’t yet asked, namely: can I have a 4×4 as an everyday car? The Rav4 represented a resounding ‘yes’ to that question, and so began the trend of owning a 4×4 despite never leaving the A14.

Yes, you could have bought a Range Rover, or a Defender, but to do so would require you to be a little further up the social ladder. Or a farmer. The Rav4, being a Toyota, offered this 4×4 novelty to a broader spectrum of people, and given that it was indeed a Toyota, people were willing to trust it and take the plunge. Since then, the Rav4 hasn’t looked back.

By 2000, the market was somewhat flooded with 4×4 offerings for the ‘every man’ so Toyota had to ups its game. That’s when the second-generation models came out, which is the one we’re focusing on here. it was built from 2000 to 2005, and represents serious value. The odd third-gen does slip in under two grand, but they’re normally leggy and a bit battered. Best to go a bit older and with it, get something in better nick.

The second-generation Rav4 was a far more muscular, chunky-looking machine than the soft-edged first model. Sharper, more angular lines helped to beef up the overall aesthetic and give it a bit more presence in the process. The overall fit and finish was refined too. Not that the first Rav4 was bad. This was just Toyota being Toyota by upping its own game. It’s good at that.

As before, the second-gen Rav4 was made available in three-door short-wheelbase or five-door long-wheelbase guise. In reality, the three-door is pretty much useless unless you’re a loner. Yes, you can have rear seat passengers, but trust us when we say they won’t appreciate having to snap their own knees in order to get in. You really have to think of it as a two-seater with capacity to carry a couple more people in an emergency.

The long-wheelbase is the way to go. It’s got acres of space, it’s easy for all parties to get in and out of and, well, not wanting to be shallow, but it just looks better. Less squat, shall we say?

As for oily bits, the Rav4 had a few options. There was the 1.8 123bhp petrol (based on the engine found in the MR2 and Celica of the time), though this was only available in conjunction with front-wheel drive only. There was a 2.0 petrol, too, which came with 147bhp and even with the drag of the full-time 4×4 driveline, it would scuttle the Rav4 to 60mph in 10.9s. Not bad.

The diesel 2.0 D-4D is the way to go though. A proven unit across the wider Toyota range, it offered decent class economy and plenty of torque, so if you’r wheels ever do find themselves to be leaving the safe heaven of tarmac, you should be fine.

As we hinted at up there, the four-wheel drive system in the Rav4 is full-time. This is god, as means you don’t have concern yourself with high or low ratio gears, hubs or other things that make the readers of Land Rover Monthly all weak at the knees. You just get in it and go. And go it will, so long as you don’t expect phenomenal off-road performance. The Rav4 is game for a bit of an adventure off the beaten path. However, it’s not a rugged beast, so don’t try and drive it through the Severn Estuary or something. It won’t work.

On the road, it doesn’t feel like you’re driving a tractor. In fact, thanks to the Rav4’s underpinnings that are shares in part with other Toyotas, it’s actually quite a compliant, comfy beast. Though when buying used, you do need to make sure it’s got decent rubber. If it’s been maintained by someone who thinks different quality part-worns on either corner are fine, you’re going to feel it.

You also get to sit up high, which is nice and gives you a degree of confidence. Plus, you can look down on other motorists like the hatchback driving peasants they are. Losers.

When it comes to buying a Rav4, there’s not too much to be cautious off. They’re fantastically reliable, but then again what else would you expect from a Toyota? There were no major recalls either, so as long as you look at something with full history, you should be fine. The only special care you should take would be to look underneath, just in case someone has smashed its belly while being a little bit too exuberant off-road.

So what are you waiting for? Go and get one bought.