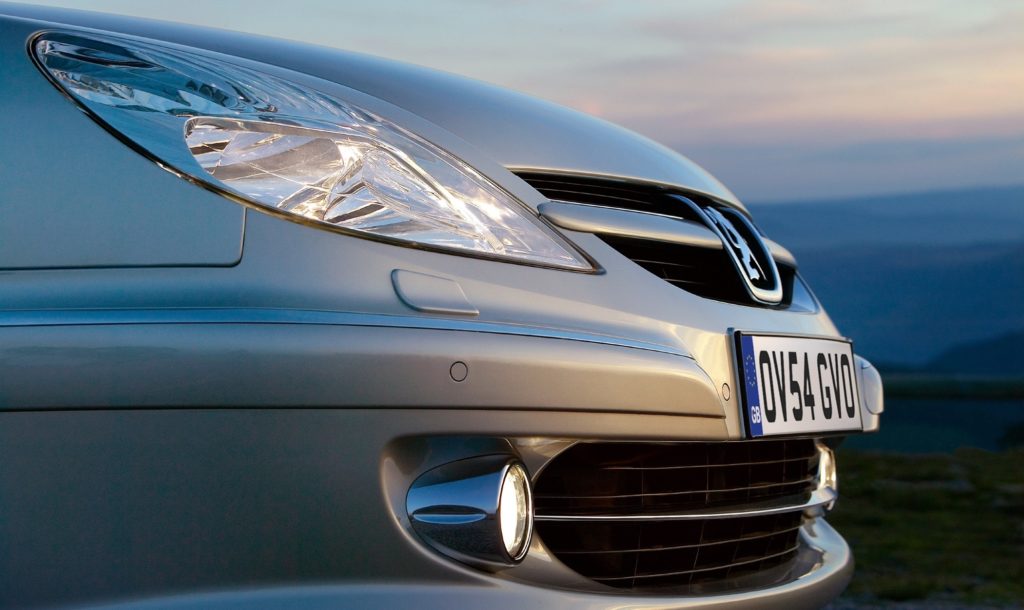 The French are good at a lot of things. Complaining, garlic, speaking with the most beautiful language known to man, Blackpool tower replicas, the list goes on. They’re also good at making big, supremely comfortable executive cars. The Renault Safrane, the Citroen C6 and of course, this, the Peugeot 607. A car that spent its life being unfairly overlooked in favour of the German offerings. And that’s a real shame, because all big, French cars are wonderful, and the the 607 is no exception.

It was introduced in 2000 and took over big car duties from the 605, another wonderfully wafty old bus. At 94 foot long (okay, five meters, but still), it was definitely big. But it was also elegant, with a more flowing design than the boxy 605, despite using the old car’s chassis. It was also loaded with kit and fitted with the most supple suspension known to man. Seriously, driving a 607 is like driving a memory foam mattress.

As a flagship car for Peugeot, it should come as no surprise to learn that it came from the factory absolutely laden with kit. Early cars had velour, but post ’05 cars were filled with acres of supple French leather sourced from chardonnay-filled cows, or something. The overall fit and finish was also upped considerably from that of the somewhat more boxy 605. Inside, the 607 was and still is a calming, comfortable place to be. Like a lounge in a fancy social club. And thanks to impressive build quality, it’s just as peaceful too. Road and engine noise is kept at a minimum. LUXURY.

Engine-wise, the early cars were available with a 2.0HDi lump with 110bhp, a 2.0 petrol with 136bhp or a 3.0V6 with 210bhp. The latter are fine of you have no regard for economy, but they’re not remarkable. The 2.0HDi, which you’d thing would be the best, is actually worth avoiding. It’s a bit gutless in such a large car. As such, we’re going to write off the suggestion of an early car and instead advise you to go for the later 2.2HDi with 136bhp. It’s just a better lump.

Transmission-wise, you could have a six-speed manual, or an auto. Though in the case of the petrol V6, automatic was the only choice. It’s not a bad gearbox, but it can be a tad recalcitrant if worked too hard. But then again, this is a luxury cruiser, not a race car.

On the road, the 607 was compliant but not thrilling. But if you get into one wanting to be thrilled, you’re barking up the wrong tree frankly. The 607 was built with dignitaries in mind, not apexes. As such, it’s a quiet, somewhat wallowy place to be. You have to drive a 607 without urgency. It’s about getting to wherever you want to be in the most serene, calm way possible. Drive it accordingly and it will reward you. Drive it like an 18 year-old and you’ll probably end up in a ditch. Though later models did come with clever torque-sensing traction control, which should help you avoid such a fate.

The 607 is awash with kit. Climate control, electric everything, nav on come models, heated seats, CD player, cruise control, so on and so forth, it’s all there. And what’s interesting is that most of it was available as standard. It makes you wonder why it wasn’t more of a success, given that the likes of BMW charge new buyers for the air in the tyres.

Of course, some of you might be questioning the 607’s viability as a family car, what with it being a saloon only. The reality is that unless you need to transport fridges or washing machines on the regular, you’ll be fine. The boot is cavernous, a midget could easily make a studio flat out of it. Inside the car, you’ll have more than enough room for five adults, and they won’t be crammed in. Though the vastness of the 607’s interior does mean there’s a very real chance of losing toddlers. Check the door pockets if you lose yours.

The 607 is the kind of car that sums up what’s we’re all about here at Not £2 Grand. It’s a big, luxurious, reliable, safe (EuroNCAP four-star) car that can be ought for peanuts. A pre-facelift car can be had for as little as a thousand pounds. Go to the top of your budget, however, and you can get a post ’05 facelift model. Fancy.

You’d have a 7 Series or an S Class, right? So why not a 607 – it is after all the French equivalent. But for some silly reason, we look down our noses at large French cars, instead choosing to only use French automobiles if they’re small or if they have seven seats. And that’s silly, because the French have been giving the world amazing, comfortable luxury cars for decades. Hell, this is the country that gave us the Citroen DS for heaven’s sake.

Be brave, think outside the box and ignore the Germans and ignore the false rumours. A big French car is a great way to go, and 607 is a perfect case in point.