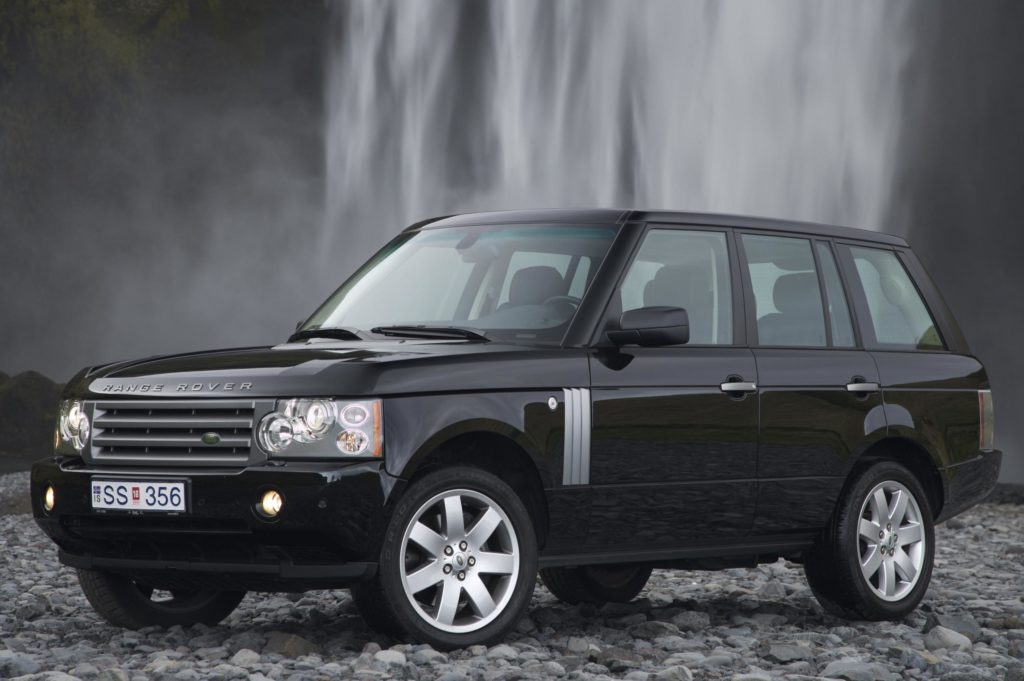 As you’ve probably guessed, here at N2G we’re constantly looking at the classifieds with hungry eyes. We’re sat here, poised and ready for cars we have long lusted after to dip their rubbery toes into our budget pool. One such car that is starting to do that is the mighty L322 Range Rover. A handsome, rugged and deeply capable beast, the L322 is, in good fettle, possibly Range Rover’s finest hour. But we’re looking at cheap ones here, so they won’t be fine. Not for an hour, not for a minute. Buying a cheap one would be less sensible than giving your teenage child your credit card and your pin number. If you took cash out of a cash point and immediately set it on fire, you would be treating your money in a kinder, more considerate manner than you would if you bought a cheap L322 Range Rover.

Buying one at this price point isn’t, in any way, shape or form a sensible idea. But this is N2G. We don’t buy cars to be sensible. We buy them without regard or concern for things like logic, reason or the ability to pay the rent at the end of the month. Cheap cars aren’t always going to be reliable. The L322 is the embodiment of that. And that’s okay, because for the fifteen minutes it does work, you’ll be in love with it.

The P38, which was the model before the L322, was developed under the custodianship of British Aerospace, who gave Land Rover about three quid to develop it. As such, it was never that great. It had reliability issues, build quality issues and the looks weren’t nearly as purposeful as they should have been. It was just a bit of a pudding. That said, if you want a Range Rover and you only have two grand, a P38 is the way to go. You’ll get one that’s been looked after, that’s more than likely had all the niggles ironed out and that has possibly been enthusiast owned. At this price point, the P38 is safer. But who cares about being safe with your money? The L322 is newer, and newer means better, right? Hmmm.

The L322 had a weird development. It started whilst BMW owned Land Rover, but then Ford bought it, but BMW went all Magnus Magnusson and decided it had started, so it’d finish. Not that BMW had the capacity to decide how to finish. When development started, the L322 was going to have engines and electrics from the E38 7 Series, but then it decided not to use those. Instead, it went for the oily bits from an E39 5 Series as well as the electrics. Settling on the E39 was smart, because generally speaking, the electrics are pretty hardy.

If the battery gets low on an L322, it will send the computer into a tailspin, bringing up all manner of warnings. So make sure your battery is in rude health. Also, buy yourself a code reader. The L322 is OBD2 compliant and trust us, a code reader is quickly going to pay for itself given the myriad sensors and so on that like to have a wobble.

What about engines? If you’re shopping for one at this end of the price scale, you’re going to be looking at an early car. That means you’re going to end up with a 4.4 V8 petrol with 290bhp or a 2.9 inline-six diesel with 185bhp, both of which come from BMW and both of which are decent enough engines, if looked after. And therein lies the problem. At this price, they won’t have been looked after. They will have been run on a budget, a budget that doesn’t stretch to Range Rover happiness. It’s the fate of all big, luxury cars. They were expensive once, now they’re cheap. However, the cost of running them isn’t subject to the same scale. In fact, looking after an L322 now won’t be much cheaper than it was in 2002. People forget that, so run them on crap oil, ignore services and ignore all the beeps, bongs and clunks.

Both of the early engines are pretty hardy, if maintained properly. The 4.4 V8 is pretty tough, and has none of the complicated forced induction issues of the later 4.2 supercharged Jaguar option. It’s got plenty of pace for a big’un, but you will only 15mpg and that’s if you drive with shoes full of feathers. The TD6 is a bit ponderous, but it’s better on fuel, with 25mpg not beyond the realms of possibility. The common issue with this engine, given Range Rovers almost always do big miles, is the turbo. Listen for a whistling sound, and look for excessive smoke. Both could be a sign the blower is on its way out.

As for transmissions, BMW was planning to throw a manual in there, which would have been ace. In the end though, it decided a five-speed auto would be best. Later cars got a six-speed ZF auto, while later cars than that got an eight-speed ZF. The five-speed in the early cars is a decent enough ‘box, but again, only if looked after. it’s not uncommon to see L322s listed with gearbox issues. The gearboxes can fail, and getting it rebuilt will cost you another couple of grand – if you can find someone willing to do it. Also, the selector for low range can lock up if not used enough, so check it works. If not, that’s another grand gone.

What else do you need to know? Oh, the suspension. Yeah, that. Drive an L322 and you will think you’re driving a paddling pool full of honey – it is so alarmingly smooth. Every road will feel like it’s made of crisp, new ribbon. Not the mess of broken asphalt that it really is. Or at least, that should be the case.

The L322 has air suspension, which is a wonderful thing, but only when it’s working. When it’s not, the car will be sunk down onto the floor like a child that been denied their choice of toy while out shopping. There will be less screaming though, so small mercies.

When you go an look at the cheap L322 that you really shouldn’t be buying, play with the suspension buttons and get the car to rise and fall a couple of times. The compressor shouldn’t make a peep. If it sounds like a blender full of grit, it’ll need replacing and that’s costly. An error message on the screen can also be indicative of a failing compressor. However, if all is silent, it might just be a perished airbag, in which case it’s easy enough to fix it and you won’t need to sell a child and/or a kidney.

If the air suspension is completely kipppered and you don’t fancy selling your house to pay for it, you can convert the L322 to springs for around a grand – less if you’re handy on the spanners yourself.

Other than all that, the L322 in early guise is a pretty rugged machine. Obviously things like brakes and tyres should always be checked. Being the size of a Georgian terrace means the L322 eats up such parts. The interiors are tough, but again only if looked after. Headling can sag, but they all do that, sir. Bit of glue should sort it.

The rear screen surround can leak, filling the boot with water and taking the electrics with it, which is to be avoided. Obviously you want to get under it to check for corrosion or, God forbid, damage from someone actually taking it off road. Just do the usual checks you would with any car, look for damage, signs of neglect, mismatched tyres or other things that make it look as though it’s been run on a budget.

Look, there’s no getting around it, a cheap L322 is going to be a bit of a gamble. If you can stretch your budget by another £500, you’ll have more to choose from, some of which will be honest, looked after, if high-mileage machines. if you do want one though, we encourage you to do so, just be careful. Don’t rush out and buy the first one you see. The L322 was hugely popular, and they made lots of them. As such, they’re tumbling down the classified pages on a daily basis.

Buy one, look after it, perhaps go full Wheeler Dealers on it and carry out some repairs and preventative maintenance and you’ll have yourself a good car. Comfortable, incredibly capable off road, handsome and swanky enough to make sure the curtains of every neighbour twitch, the L322 has the potential to be a winner. Plus, who doesn’t like telling people they drive a Range Rover? As long as it’s working, of course.