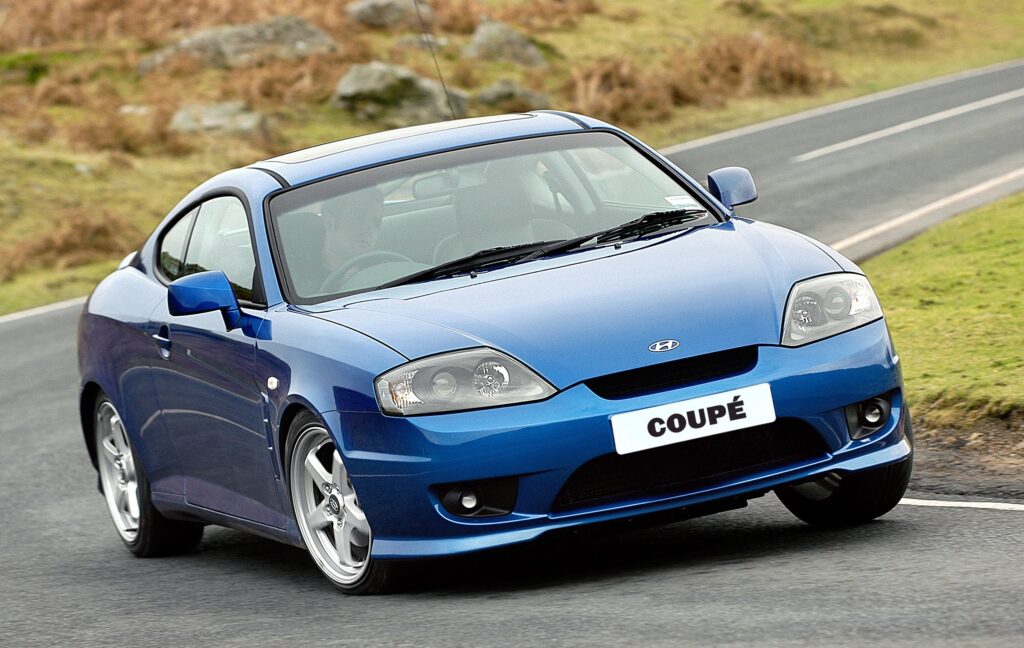 When tasked with thinking of a sporty coupe, South Korea isn’t where the mind wanders first. But here we are, looking at and recommending a sporty coupe from that very place. And rightly so, because the Hyundai Coupe was and still is a blinding little car. It was with us from the mid ’90s, but that’s not the car we’re looking at here. Instead, we’re focusing our budget cross-hairs firmly on the SIII Coupe, which was the final incarnation of the model. The first Hyundai Coupe was a toe-dip in the sporty waters for Hyundai, and it was one that paid of. The F2 version was a particular highlight. The SIII, however, which appeared in the mid ’00s took an idea and refined it. 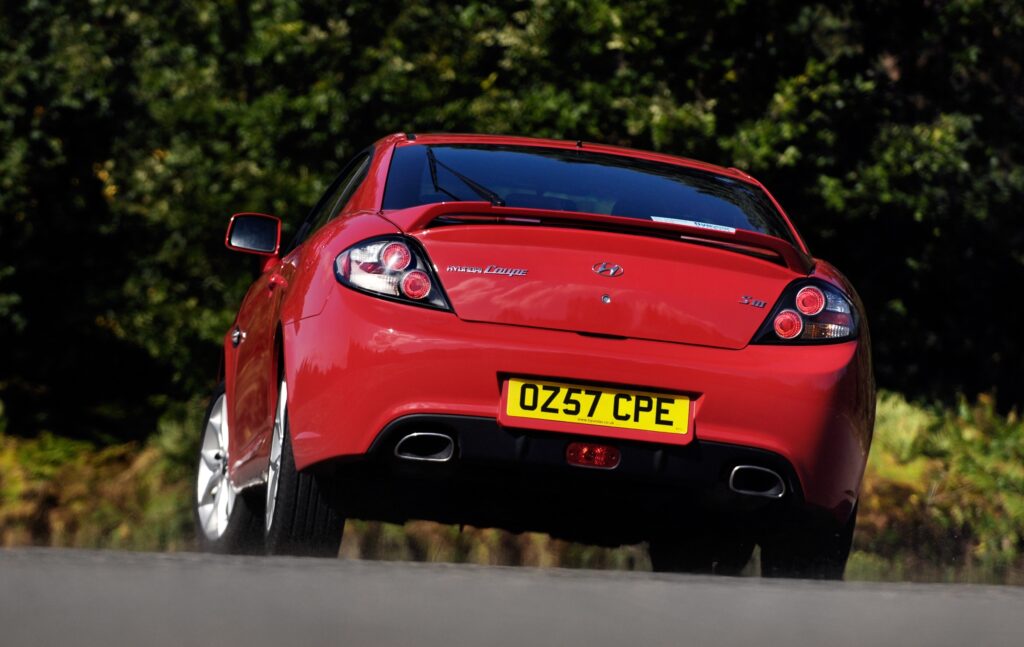 This was an important time for Hyundai, which at that point was building a seriously impressive reputation for itself. The cars in Hyundai dealerships were no longer seen as curious little Korean oddities. Instead, they were seen as cars with impressive build quality, an (at the time, it’s seven now) unbeatable five-year warranty and a dealer support network that was growing daily. Look at Hyundai today and it’s a significant player in the UK and global automotive marketplace. It’s not just the company that made the Pony.

The SIII version of the Hyundai Coupe is the perfect specification and evolution of the model. There was a 1.6, but it was a woeful, slow, underpowered thing. And there was also a 2.7 V6, but despite its mechanical heft, it was a dull, numb thing to drive and lacked any sort of urgency. Though to give it some credit, it did at least make a good noise. The 2.0 in the SIII was the perfect sweet spot. Nippy, responsive but still frugal and cheap to maintain, it was, to go all Goldilocks on this, just right. 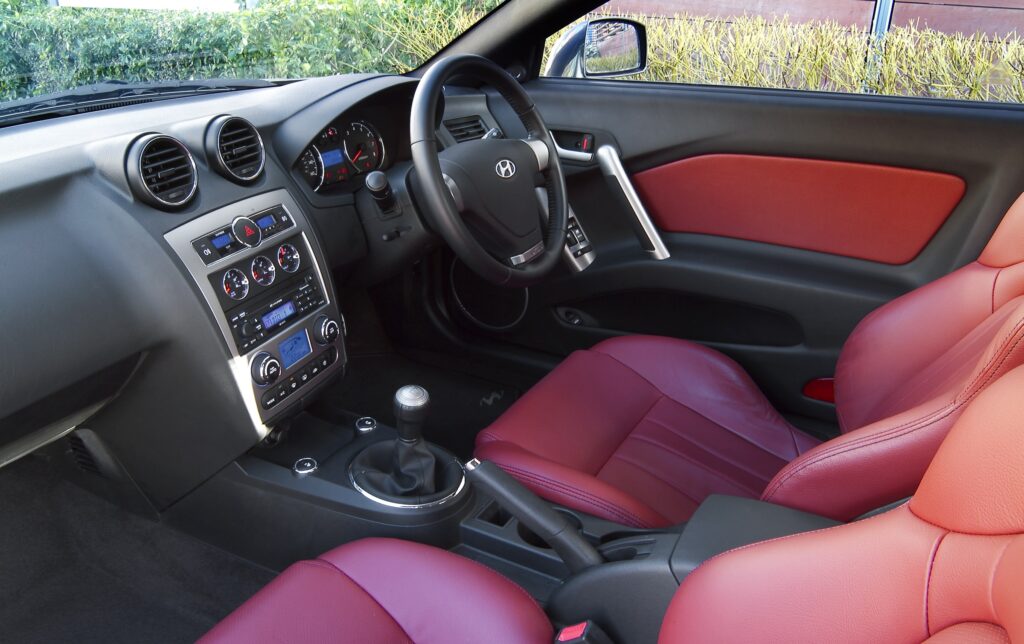 The 2.0 packs an adequate 141bhp which is enough to shuffle the Hyundai up to 62mph in 9.3 seconds. The five-speed manual transmission is tight, snappy and direct and really helps bring the driver into the experience. There was a four-speed auto, but it was about as refined as brushing your teeth with a pumice stone, so give it a miss unless you have one leg.

On the road, the Hyundai Cope was and still is… decent. It was never going to be a car to make the hairs on the back of your neck stand up like the first time someone you fancied pressed your eruption button. However, it’s a decent enough thing t press along in. The steering is a bit over-assisted and numb, but the brakes are good and the suspension is the perfect mix of sporty but comfortable. There’s very little body roll to be found. 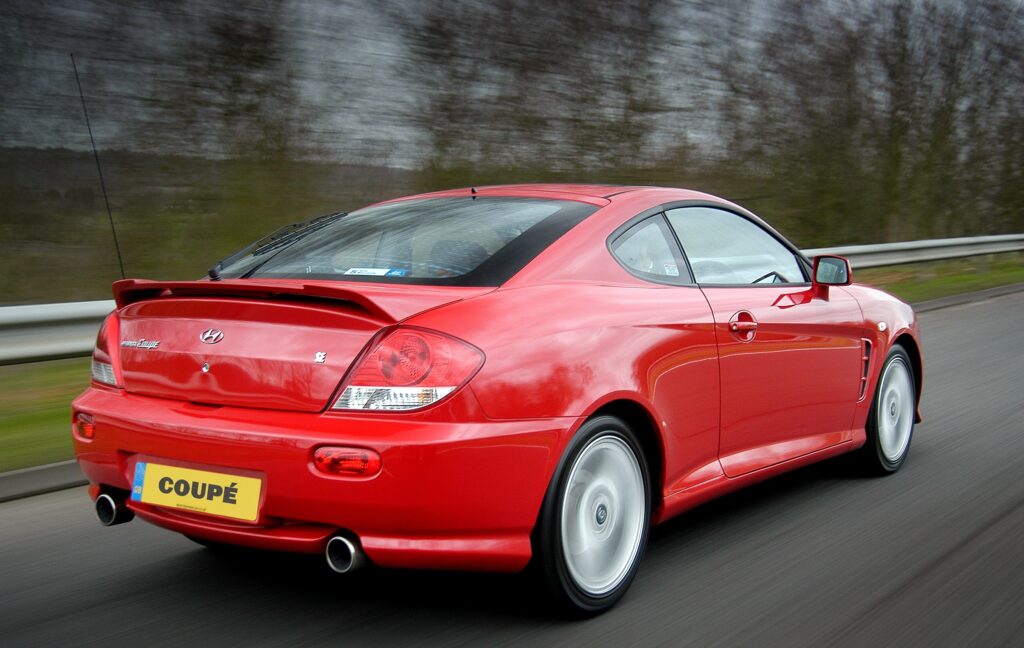 The SIII is also a remarkably practical car, too. Full-sized humans won’t thank you if you stuff them in the back for a drive from Bristol to Glasgow, but for getting about on the day to day, the rear seats are usable. The boot is massive, too. Making this a genuinely useable car. The driving position is excellent, and the trim on offer is impressive. Full or half leather, air-conditioning, electric everything, it’s a well-appointed machine. And because it’s a Hyundai, it’s all made remarkably well.

In terms of ownership, there are no red flags to be aware of. The Hyundai Coupe was never really bought by the boy racer demographic despite its sporty intentions. Instead, it was bought by Ian and Susan. Ian works in a bank, Susan is a housewife. Their idea of excitement is pepper. They bought their Hyundai Coupe, and then maintained it to the letter. Honestly, have a look at the cars for sale and they’re almost all mint and with full service history. 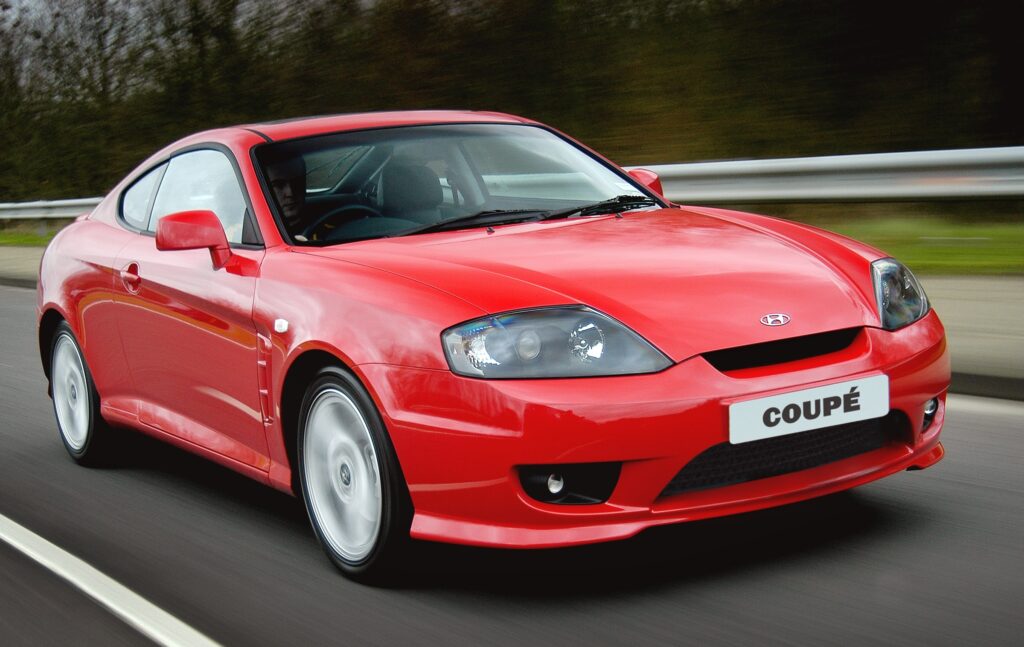 If you want a smart, reliable, well-made, but also utterly bargainous car, the Hyundai Coupe SIII is it. Do NOT buy the 1.6, because it’s awful. Buy the 2.0, buy one with low miles and with full history and enjoy it. It’s a really rather good, if not entirely dynamic car. It’s no TT, that’s for sure, but it’s also not TT money.