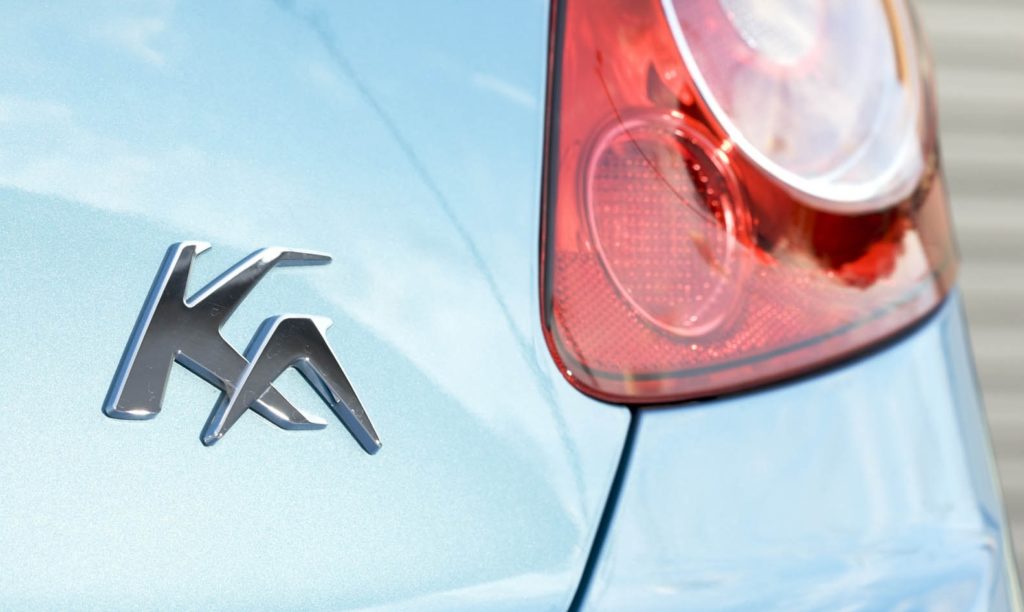 We’ve covered the Fiat 500 before, a car so popular we’re pretty sure they give it out like the phone-book to people in affluent areas. It’s a car that has earned favour for its style over anything else. The Fiat 500 demographic is not one that cares about bhp or torque. Instead, it cares about colours and trim levels, which is probably why the 500 has remained – from a mechanical and bodily point of view – unchanged for over a decade. All Fiat had to do to maintain the dealership footfall was offer it in some different colours, with different names. Why spend millions developing a new car, when frankly, the buyer doesn’t actually care about the ‘car’ bit?

Now we’re not bashing the 500, in fact we quite like it. However, there’s no escaping the fact that the 500 has done a pretty good job of stealing all the glory. You see, when the 500 was initially developed, Fiat wasn’t the only manufacturer to have its finger in the pot. Ford was playing, too. And that’s where the second-generation Ka came from. Underneath, it’s pretty much the same car. They were even built in the same, aptly-named Tychy factory in Poland.

Ford needed a new city car. The outgoing Ka was a damn fine bit of kit, but sadly by 2009 they has all disintegrated due to having the rust protection of salt and vinegar crisps. That and the ‘new edge’ design philosophy, while exciting in the late ’90s, was looking decidedly old. Ford could have spent millions developing its own car, but when it got wind of Fiat’s plans, it just through some money at that option instead.

Of course, Ford didn’t want to rock up to its dealerships with a Ford-badged Fiat 500. As such, the exterior and interior of the Ka were subject to much work and considered design. To bring it into line with the rest of the Ford range of the time, the ‘kinetic design’ philosophy was employed. It packed a lot into a small amount of metal, resulting in a car that was cute, clever, captivating but all without being too ‘busy’. It looked nothing like the 500, which is exactly how Ford wanted to play it.

So Ford had successfully made their new city car not look like a Fiat 500, but what about underneath? What about the oily bits? Well, this is where the partnership between the two brands was most evident. The core structure was shares, as the chassis and the suspension. However, it wasn’t a carbon copy. Ford opted to fit a rear anti-roll bar, which meant the springs could be made to be a bit more forgiving. It also played with the front suspension geometry, which is resulted in the Ka being a bit more engaging to drive while also being a bit more forgiving thanks to the reworked suspension. It wasn’t quite as ‘alive’ as the first Ka – the addition of electric power steering over hydraulic will do that – but yeah, it was better than the 500.

Engine-wise, the 500 was available with about four thousand options. The Ka? Just the two. There was the four-pot 1.2 petrol or the four-pot 1.3 diesel, badged Duratec and Duratorque respectively. Despite the Ford-familiar nomenclature, both engines were actually Fiat-produced. The 1.2 was a Fire (fully integrated robotised engine) while the diesel was a MiltJet lump. Both good engines though, and with 69 or 75bhp respectively, they do a good job of moving the feather weight Ka along. But honestly, there are minimal performance gains to be had with the diesel. The 1.2 petrol is more than enough, and it returns 55mpg.

Inside, the Ka is funky, but ultimately less stylised than the 500. For us, that’s no bad thing. The Ka is a pleasant place to be, while perhaps not stylish, it’s certainly not a boring cabin. Yeah, there’s the odd bit of Fiat-borrowed switch gear, but that’s to be expected. The dash-mounted gear shift is nifty, as well as being a brilliant bit of ergonomic design. Visibility is excellent, and while they won’t thank you for it, you can get to full-scale humans in the back, though probably for a lift to the pub rather than a cross country jaunt.

Trim levels vary. Your two grand will comfortably get you a Style or a Studio. However, the one to really get is the Zetec. In this trim, you get a better spread of available colours, alloy wheels and air-conditioning and electric mirrors.

if you want to drive one into a wall, you should be okay. EuroNCAP played darts with the Ka and gave it four-stars out of five. It would have got five, but for some reason Ford only gave it two airbags as standard, opposed to the Fiat’s seven. SEVEN. Also, be careful if you buying a Studio model – it didn’t have Isofix mounting points. The Studio basically hates your kids. Nice.

All in all, the Ka is a belting bit of kit. It does have some weak sport when compared to the Fiat, but they’re soon overcome when you consider how many are available at this price point. Plus, the Ka has one major kudos-earner under up its sleeve. Oh yeah, the Ka was a bona fide Bond car, making its public debut in Bond 22, or Quantum of Solace to use the proper title.