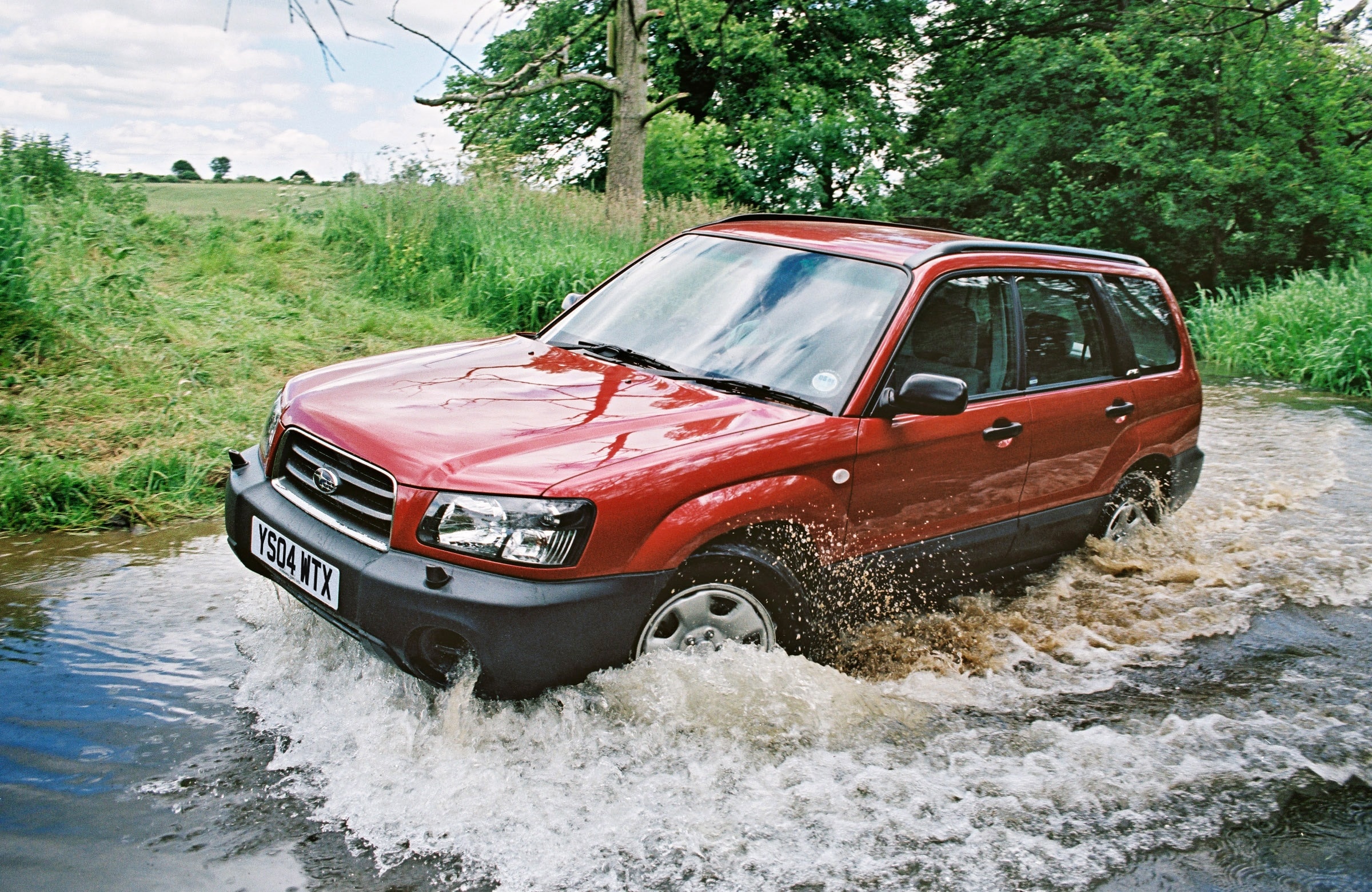 Subaru has a reputation, and that reputation comes from rallying. In the WRC Subaru was once king, and by reaching that most coveted of automotive thrones, Subaru put itself on the map. The Impreza’s on-stage antics spawned a generation of owners who would hope to achieve the same. Sadly, Paul Walker ‘Gone too soon’ stickers and BK Racing alloys from Halfords do not make you a rally driver.

Police Interceptor targets aside, the Impreza was a resounding success for the Japanese car-maker. As you can imagine, it cashed in with the WRX, the Turbo, the WRX STi, the XYZ Gibbonboost 3000 and the Bwarp Turbo XRT. You get the idea. Subaru flogged the Impreza to death.

In the end, it realised it needed another car to fill the showrooms, so it came up with the Forester. It is not a rally car. Hmm.

The thing is, the arrival of the Forester wasn’t as odd as it seemed. Subaru had a long history of making practical, useful 4×4 vehicles way before it jumped into the WRC. In fact, if you look at Subaru’s western offerings, the Impreza was the odd duck when it came out in the early ’90s. It was just a hum-drum saloon car before it was whittled into a rally weapon. To give you some perspective, the Impreza was to Subaru was the Sunny was to Nissan. Ponder on that.

The Forester was far more Subaru. It followed in the footsteps of cars we had before the Impreza. Cars like the Legacy (which was also a hugely successful, McRae-piloted, rally car) and clever little baby El Camino-a-like, the Brat. So yeah, the Forester fitted in just fine. The problem was, we as a nation didn’t know what to make of it. Being British, we fear change. So when the Forester arrived with its ‘is it an estate or is it a 4×4?’ image, we hid behind our Mondeos. Because we knew what a Mondeo was.

So just what the hell is it? Well, it’s a Forester, but we think we’ve covered that bit. The best way to think of it is as an exceptionally capable estate car, rather than a slightly rubbish off-roader. The Forester is not here for green laning or climbing mountains. That’s not it’s bag at all. What it does is offer a level of functionality and practicality to the tried and tested estate format.

It can tackle the unbeaten path without issue. Its four-wheel drive credentials aren’t just a marketing tool. The Forester works damn well when the tarmac runs out. On models without a turbo, you even had the benefit of a low range ‘box. Like what a Land Rover has. It’s proper.

If you live a life where adventure plays a big part, the Forester is for you. It can tackle your weekend excursions, making them even better in some cases. Then, after the local car wash has chucked a bucket of suds over it, you can roll into the office car park on Monday morning in comfort.

See, look at that. It might not be the most dazzling interior, but everything you need is there. Seats, lots of cubby-holes, a radio, some air conditioning, some windows and some dials. The Forester is a functional car, not a luxury car. If you want to be posh, you need to find another motor.

It’s all pretty rugged and hard-wearing in there, too. Though if you do go looking for one, do remember what these cars are used for. There’s every chance it’s had a hard life, so make sure there are no hideous rattles. And make sure nothing has been messed about with. If the radio falls out and the speedometer reads 200mph, it might best to walk away.

The model we’re focusing on here is the second generation of the Subaru Forester, build from 2002 to 2008. For your money, you’ll be looking at an early one, maybe moving up to a 2005, though it’ll be a bit leggy, probably.

Engine wise, you can have anything you want as long as it’s the 2.0 opposed-four Boxer petrol engine. If you don’t know what that is, imagine two pairs of horizontal cylinders pointing away from each other. Yeah, we know, it’s weird. It’s also why Subarus have that ‘four-cylinder with a HT lead missing’ WUBWUBWUB sound.

The 2.0 could be had with a turbo (174bhp) or, um, without (155bhp). If you went for natural aspiration, you would get that low-ratio ‘box. No dice with a turbo though. Also, both were available with automatic transmissions. If you wanted a diesel, tough titty.

On the road, the Forester was actually somewhat of a surprise. You’d think it would be like a toddler on roller-skates, but it wasn’t. The flat engine (what, it’s called a flat four) helped bring the Forester’s centre of gravity southward a bit. So through the bends, the big old girl actually holds on with a degree of determination. Though you will still be getting plenty of body roll.

The brakes stopped it well enough. The steering was relatively decent, gear-changes through the manual gearbox were pleasantly slick and road noise was there, but it didn’t make your eardrums bleed. Fundamentally, the Forester proved to be a LOT better to live with than a dedicated 4×4.

Yes, Subaru did make an STi version, but they’re not in budget. In fact, if you can actually find one for sale, you’ll have to mortgage off body parts in order to get your name on the V5.

Stick with the non-rally one and you should be just fine. If you’re after a car that’s a bit more capable without leaping into the world of dedicated 4x4s, the Forester is for you. It’s got more clout than a Volvo Cross Country or Audi Allroad but still doesn’t sacrifice any of the car-like qualities you want to keep. Buy one, go on an adventure.