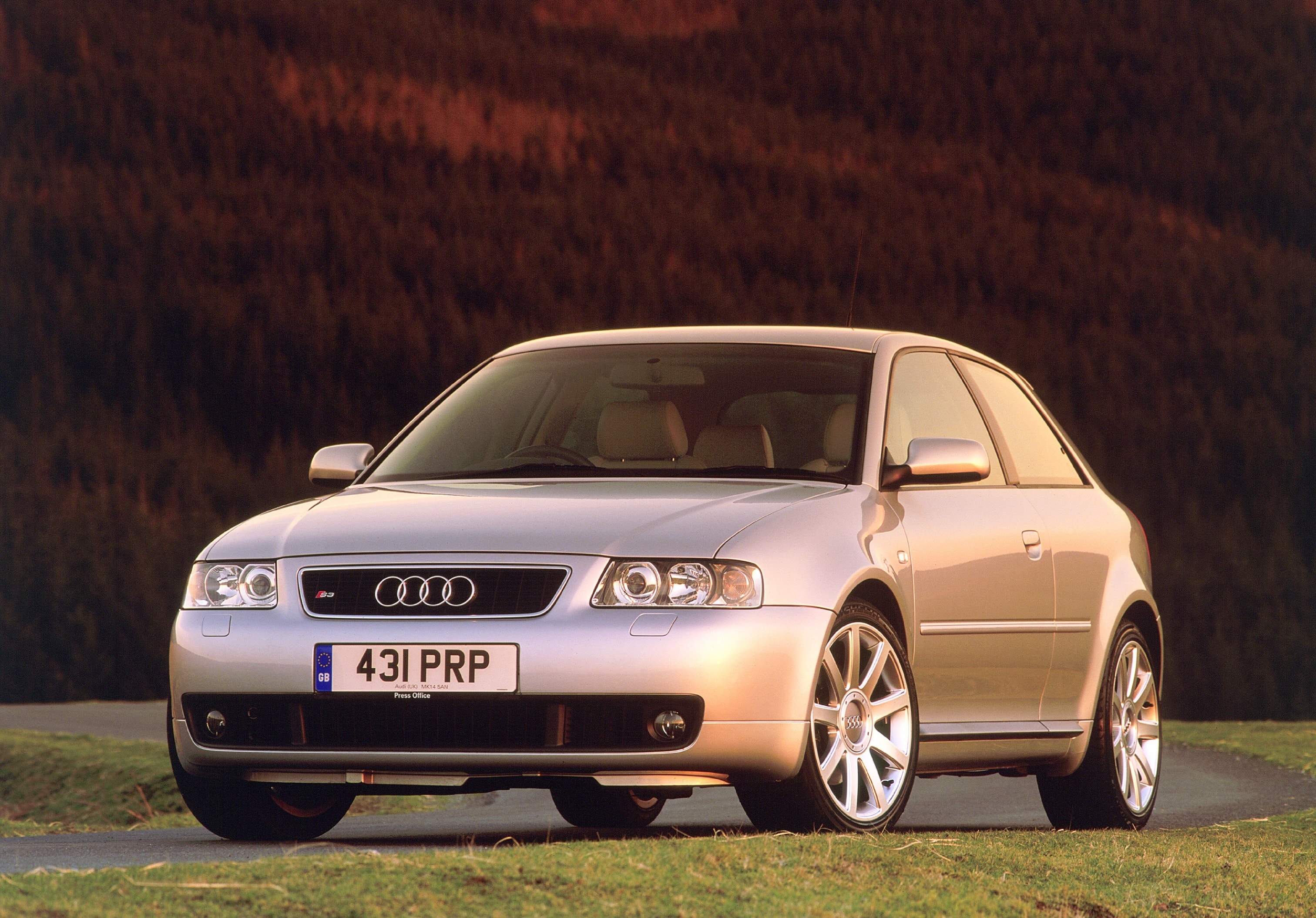 Audi is no stranger to the pages of Not2Grand, however, we’ve yet to feature a true performance model. Thankfully that time has come in the form of the Mighty Audi S3. A four-wheel drive hatchback that has more than 200bhp on tap to help it headbutt the horizon. In terms of all-round speed, this might be the fastest car we’ve featured. Yeah, we did the TT, but that’s more for show rather than go, isn’t it?

Look at it. That’s an angry little sucker. And rightly so, because it had a lot to prove. The S3 was the first small car to be given the S treatment. Previously it had been reserved for the bigger coupes or saloons. If a small car was going to wear that badge, it had to be worthy. Thankfully, Audi’s engine and suspension people were more than keen to make sure it was up to par.

The S3 was, as you can probably guess, based on the humble A3 hatchback. Again, it was first for Audi and it put the German car-maker against its brother, Volkswagen. VW had the Golf of course, and it was a huge seller. As such, Audi wasn’t sure just how well the A3 would slot in to the market. It needn’t have been concerned – we bought the A3 like cakes of a hot variety.

However, the VW Golf could be bought as a performance version. There was the GTi, GT TDi for the economy conscious or the 2.8 V6 4Motion for those with little regard for fuel economy. Oh, and the V5. Audi couldn’t have VW taking the performance buyers, so in 1999 we got the S3. And it wasn’t just a sales weapon, it was a road weapon too.

The Audi S3 came with one engine and one engine only – the 1.8 20 valve turbo. Yes, the engine was shared with Volkswagen, but that’s no bad thing. It was a solid performer and would work perfectly with the S3. Plus, you have to remember that while the A3 may have been a Golf rival, it was largely the same car underneath. Using a VW engine made sense.

You could get it in two flavours. Firstly there was the 210bhp available from launch, then in 2002 it was upped to 225bhp. or at least that’s what the brochures said. In reality it was around 222bhp. Either way, it was more than enough to shunt the S3’s chunky 1,423kg frame along at some pace.

All that power was nice, but it meant diddly squat if was all lost before it got to the tarmac. Thankfully, Audi had this covered too. But not in the way you might think. Pub chat will have you believe the S3 used Audi’s Quattro system, but it didn’t. Yes, it was four-wheel drive, and yes, Audi literature was keen to band the word about, but it wasn’t the same system as found in other cars. In the S3, a Haldex Traction system was fitted. Its job was to adjust the torque bias between the front and rear wheels as and when required.

What that means is that the S3 was driving itself along in front-wheel drive most of the time. But when it was leaned on hard, the power would be sent to the rear wheels as well, maximising grip and as such, performance. It’s a very clever set up. And while you’re not buying an S3 to save trees, it also had a slightly positive effect on the fuel economy, what with not driving all the wheels all the time.

Externally the S3 got some nice additions. The arches were flared to nestle the 17inch Avus alloys. Xenon headlights were bolted in and there was a subtle but recognisable body kit. Like all fast Audis, you knew what it was at first glance, but it didn’t shout about it. In fact, to people that aren’t overly bother by cars, it can slip by unnoticed.

Inside the driver and passengers were treated to Recaro sports seats up front, along with plenty of leather trim and enough electronic toys to make RoboCop blush. Oh, and the driver also had three pedals – the S3 wasn’t available as an auto. You could have a six-speed manual or… a six-speed manual.

In the case of the S3, there is a bit of a caveat. While we like to try and make sure you get the most out of your money, the S3 is one of those cars that is only just falling within budget. It’s also the kind of car that could well have been subject to a very hard life indeed.

Audis age well, and they can put up with a lot of abuse, but they’re not perfect. So if you do go looking for one, take your time, be methodical and don’t let heart rule head. Audi made a few of them, so if whatever car you look at isn’t right, walk away. It might take some patience to get your hands on the right one, but trust us, when you do, you’ll be laughing. Literally. The S3 is a car that makes you smile whether you’re baltting down B roads or sauntering to Sainsburys.