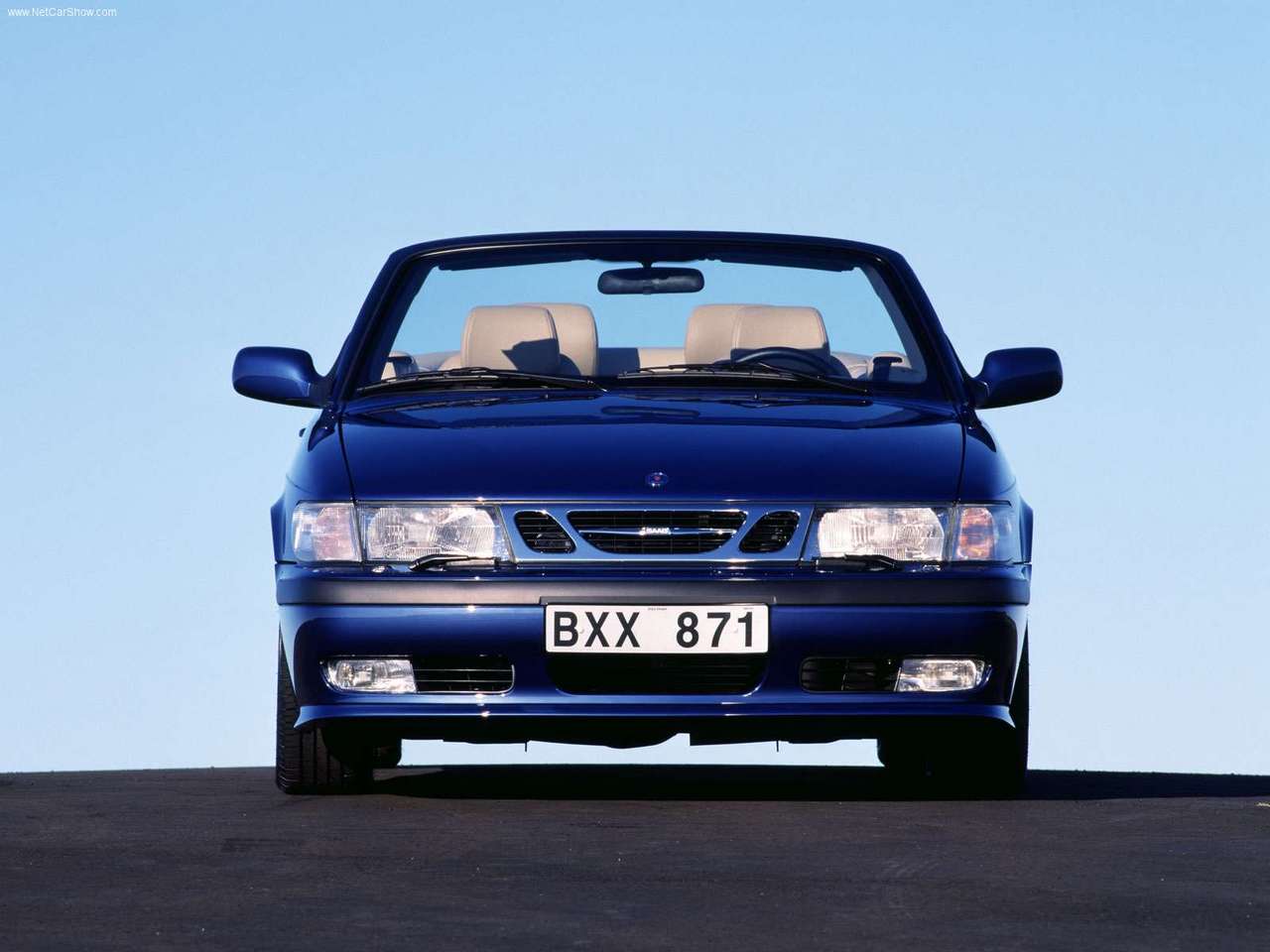 A bit of a different approach with this update on the Saab 9-3 Convertible. Why? Well, because we had one. Yes, we’re quite literally putting our money where is mouth is. We bought one, we ran one, we fixed on a lot and we fell in love with one a little bit. Namely this one…

Yellow, isn’t it? Deal with it. Besides, we’re not posting this so you can critique our colour choice. No, we’re posting this to sing the virtues of the 9-3 convertible. A car we have come to know and love over the 18 months or so that we owned one.

So what is it? Well, the generation we’re looking at here is colloquially known as the OG. It’s not a rapper, it just means ‘old generation’. It earns that name because visually it’s nothing more than a re-badged Saab 900 NG. The 9-3 came about in 1998 and ran until 2002, when it was replaced by the second-generation model, also known as a Cadillac BLS.

For us – and we’re not just saying this because we have one – the first generation is perhaps the last Saab in the mid-size range to still have true Saab spirit. Put it this way, if ours died, again, we wouldn’t look to replace it with a second-generation one. They’re just not as… fun. Or as yellow. But then again a killing spree at a Pac-Man conference wouldn’t be as yellow as our 9-3.

See? It’s very yellow indeed. Squint-inducing hue aside, it really is a very good car. When it works. But we’ll get to the trials and tribulations of owning one in a bit. First, a bit more about the car in general.

While it does indeed look like a 900 with different badges, the changes are far more than visual. What you’re looking at here is a car that was much-maligned for essentially being a Vauxhall Cavalier in drag, and that’s mean. Yeah, GM handed the Cav over to the bods in Sweden and said ‘make a car of your own out of that’, but they didn’t just slap a Saab body on it.

For the 900, they made it a better driver, they improved the handling, they made it much, much better in a crash and they also made it a wonderful cruiser. Saab’s men in white coats also offered the Vauxhall engines a snort of derision before re-working those, too. And in most cases, that involved strapping a turbo to them. Lovely.

When it came time to kill off the 900 in favour of the 9-3, Saab could have just put some new badges on it. But they didn’t. They looked at the 900 and improved on it still. This meant more stiffness was put into the body, the suspension was re-worked to provide better comfort and, according to Saab, they did 1,098 other changes, too. Apparently.

The result was a car that was screwed together pretty damn well. Plus, if you drove it into a tree, or a moose, you and your loved ones would be safe. A strong selling point, there.

One thing that hindered the initial 9-3 was the selection of body-styles, or lack thereof. You could have it as a hatch, or as a convertible. That was your lot. You could say it was a hangover from the very first 900s, which were available in the same styles. The second-generation 9-3 got a saloon, an estate and a convertible version. But no hatch. Weird.

The 2.0 sans blower was a bit of a wet blanket with 130bhp. The turbocharged versions were the way to go, which is what ours is. There’s a LPT (low-pressure turbo) version with 155bhp or a HPT (high-pressure turbo) – like ours – that had 185bhp. Or, you could have a ‘Hot’ version (no, they really were branded as Hot) with a little over 200bhp.

Or, if you’re a bit odd, you might be able to find the 2.3 petrol version. It’s better than the non-blown 2.0i, but… well, we just wouldn’t bother.

Weirdly, despite all being relatively powerful, the Saab 9-3 isn’t an ‘urgent’ car. The power delivery is smooth and progressive, there’s no big shove from the turbo. It’s the kind of car that catches you out when you glance at the speedometer, so be wary.

This is the ‘Hot’ version, in case you’re wondering

Inside, most convertibles had leather, which is nice. We have it in ours and, honestly, you wouldn’t know it had been around for nearly 20 years. It wears incredibly well – in fact, the whole interior does. Saab really knew what it was doing when it was deciding what to make the 9-3’s innards out of.

It’s also a bloody nice place to be. The seats are extremely comfortable, everything is to hand and you also get to play with ‘night panel’ when driving in the dark. It’s a little button that turns off all the dash illumination apart from the speedometer. Saab seemed to think this will make you think you’re in one of its fighter jets or something. Maybe. Then there’s the weird Saab thing of the ignition being down by the handbrake, AND you need to put the car in reverse before you can remove the key. Those crazy Swedes.

It’s bad news for the rear seat passengers though. Legroom is limited, and there are only two seats owing to the fact there’s all that roof gubbins to fold up back there. But speaking of the roof…

When buying an old convertible, the roof is the biggest thing you have to consider. This is what can let the car down in a big, big way. In our experience though, the Saab 9-3 takes a lot of the worry away because it’s so damn good. The electric folding mechanism is robust and solid, and when the roof is up and clamped shut, the cabin stays warm and dry no matter what Mother Nature may be dumping on you. Trust us, we’ve been stuck in near-biblical rain and not seen so much as drip on the inside. Impressive.

Of course the fact is has a removable roof does mean the are a few downsides. For example, with the roof down, the boot is about as big as a Borrower’s pocket. This isn’t a car for the weekly ‘big shop’. Also, despite Saab’s best efforts, the 9-3 cabrio is still the king of scuttle shake and body flex. You buy one of these to cruise in, not hammer around a track. It has all the torsional rigidity of a wet Jaffa Cake.

That’s okay though, because as we say, it’s a cruiser, not a bruiser. Even with the HPT in our 9-3, we had no desire to go fast. We just want to go, and go it does.

In terms of living with one, the absence of a dealer network can be a pain, but with companies like Neo Brothers on the scene, you can still get parts. Other problems? Well, the coil pack went on ours, but you won’t get any warning on that we’re afraid. However, if it does go, be 100% sure you replace it with the right one, otherwise you’ll be stranded again. Also, there’s a mild-steel high-pressure power steering line at the front. It can corrode, leaking power steering fluid and drying the pump out in the process. We replaced ours with an industrial rubber line from Pirtek. Oh, and it’s a right bastard when the clutch goes. That’s why ours had been out of action for six months.

On the whole though, we loved our 9-3 convertible. It’s a well-built, generally reliable, enjoyable car. Plus, it was a bit different and most definitely an appreciating classic. There aren’t going to be any more, so now is the time to buy one. Hopefully, they’ll only start to go up in value soon.