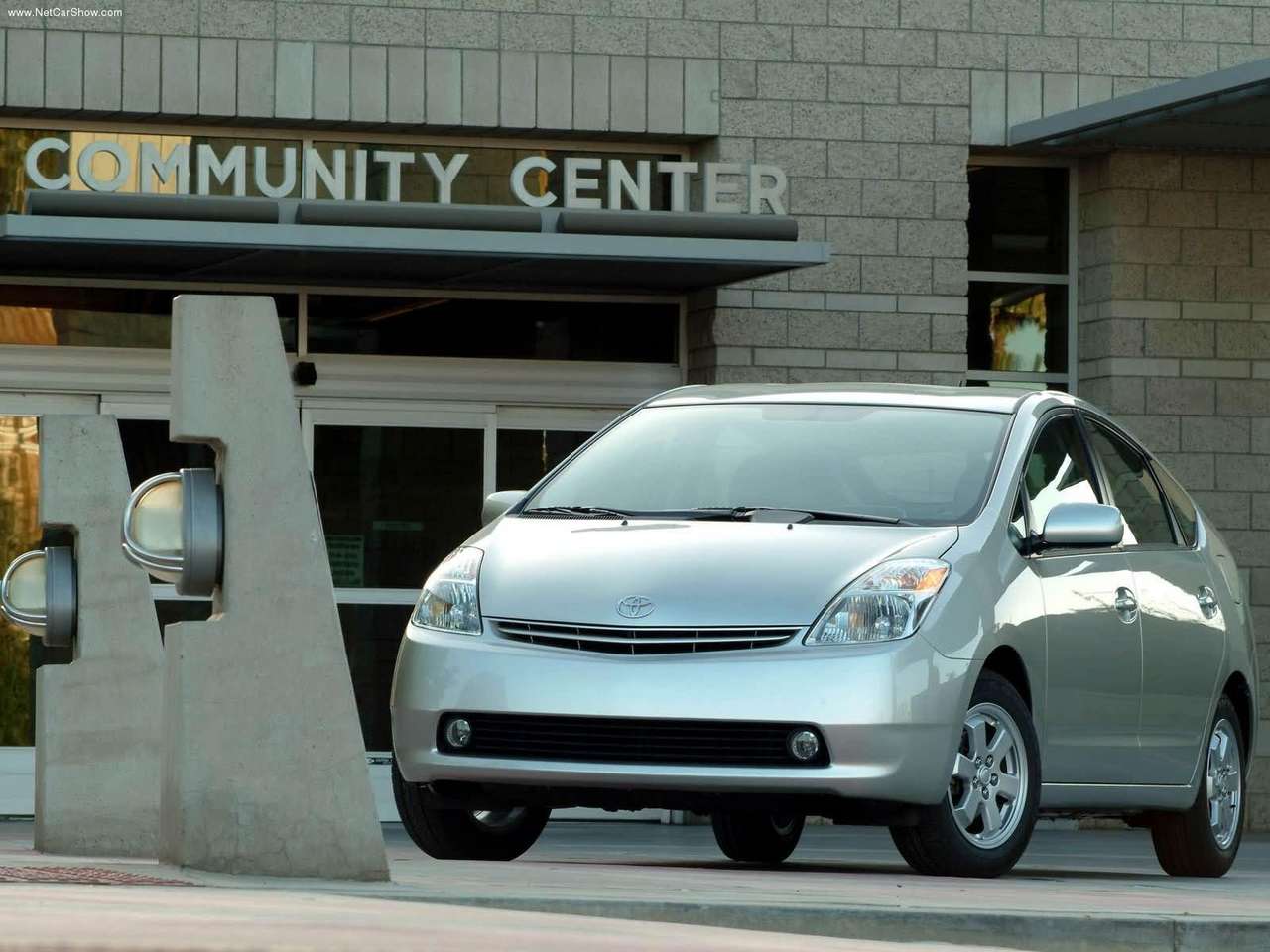 We weren’t ready for the Prius. Electric and hybrid cars are fairly ubiquitous these days, but back in the early 2000s when we were still getting over the nonevent that was the Millennium Bug, the Prius was simply a step too far. A car powered by electricity? No sir, we were having none of that. So instead of letting is get on with its life, we set about mocking it for being different. A bit like that kid at school that licked a tree. Once. In 1997. But it still known to this day as ‘Foliage Fancier Frank’. Despite the fact he’s now 34. And actually called John.

Much like schoolyard taunts, society’s mockery of the Prius was unfounded. It was also the reserve of the uneducated. And as such, it didn’t really bother people who actually went out and spent their hard-earned pennies on this new, and somewhat unknown technology. The Pruis’ demographic wasn’t your normal car buyer. This car was marketed – and quite rightly so – on its green credentials. So while we all took the piss because it looked like a dented cake tin and had all the performance of a wet dachshund, the owners didn’t care. We were mocking it on points that didn’t actually bother the buyer.

As the years rolled by, other companies caught up on the hybrid front and it was then that the Prius became more accepted for what it was, rather than being mocked as an oddity.

That brings us to the model we’re looking at here, the second generation Prius. Or, if you want to bore your friends to death, the XW20. But really, don’t call it that. Nobody will thank you.

Available on UK sold from 2005 through to 2009, the XW20 was a refinement of the ugly duckling previous, first generation Prius. And yes, it was called the XW10. It was also a cramped, ungainly beast available only as a saloon. A lot of that early mockery, was, frankly, well-founded. It wasn’t an attractive car. And while the XW20 was no stunner, it was more conventional, and that helped sales. It looked like a normal, no frills, mid-sized hatchback. Mainly because it was a normal, mid-sized, no frills hatchback.

You see, that no frills approach is the key to the success of the Prius. Toyota could have gone balls to the wall and glued lights and transistors and tinfoil to it in a bid to encapsulate the spirit of the future. But it didn’t. It just made a car that was nothing more than the dictionary definition of the noun. And it was, as per that definition, a good car. Not exciting, just good.

The XW20 could happily seat five, and if two of that five were small, there were Isofix mounting points too. The steering pointed the Prius where you wanted it to go. Okay, so it was a bit washy and light, but that’s what you get with an electric power steering system. The brakes, when pressed, stopped it. The suspension made for a comfortable, smooth ride over most surfaces and the addition of a rear hatch meant you could get your ‘big shop’ in it without too much fuss. And if everything went wrong and you hit a tree, it would protect you with gusto – EuroNCAP gave it the full five stars. As a car, the Prius was flawless.

So what about the oily and, um, wirey bits? Well, the XW20 was propelled by a 1.5 VVTi petrol engine with a dizzying 76bhp. That doesn’t like a lot. Mainly because it isn’t – your blender has more grunt. However, the Prius was a hybrid, so that meant an additional 67bhp from the electric motor. All told, that was 143bhp and for a car of this size, that’s respectable.

Also, the way the hybrid system did its thing in the second generation Prius was impressive, too. At slow speeds, the electric motor did all the work. A torquey beast, it made for snappy acceleration. Once up to speed, the petrol engine would kick and take over, powering both the car itself while also recharging the batteries in readiness for the slow stuff. Clever.

You didn’t even have to worry about changing gear thanks to a constant variable transmission (CVT). You just mashed your foot into the carpet and away you went. Happy days.

Add all that together and you can see why, in 2005, the Prius was crowned as the Car of the Year. And rightly so, it is, as cars go, a brilliant bit of kit. It’s not exciting, it’s not dynamic and it’s not thrilling. But it doesn’t need to be. Today’s motoring landscape spoils us and leads us to believe that we need hydroelectric cup holders and swivel-mounted Bluetooth bottom warmers, but we don’t. And as the impressive sales figures from the Prius go to show, plenty of people agree.

The Prius was, and still is important because it shows how hybrid technology can be seamlessly integrated into the cars we know and and drive. It doesn’t have to be a revolution or a culture shock. This evolution can slowly happen, as per the very definition of the term evolution. And indeed it has, what with almost every manufacturer offering some sort of hybrid platform now. Toyota was well ahead of the game though. Fair play.

So is it exciting? No, not one bit. But as we said, we’re spoiled these days. We’re led to believe that excitement is a god-given right when it comes to our automobiles, but it’s not. And more than that, it’s not a necessity. There’s a lot to be said for a car that just does the job of a car, and that’s what the Prius does. But it does it in silence, while delivering over 50mpg on a combined cycle and without braking down, without worry or concern.

If you need a car in the purest sense of the word, this is it. But you also get to say you’re driving one of the most important cars of our time. While it may not shout about it, because that would be contradictory to its nature, the Prius was the ingenious trickle that soon brought about a market-wide ocean of hybrid cars. That’s impressive.