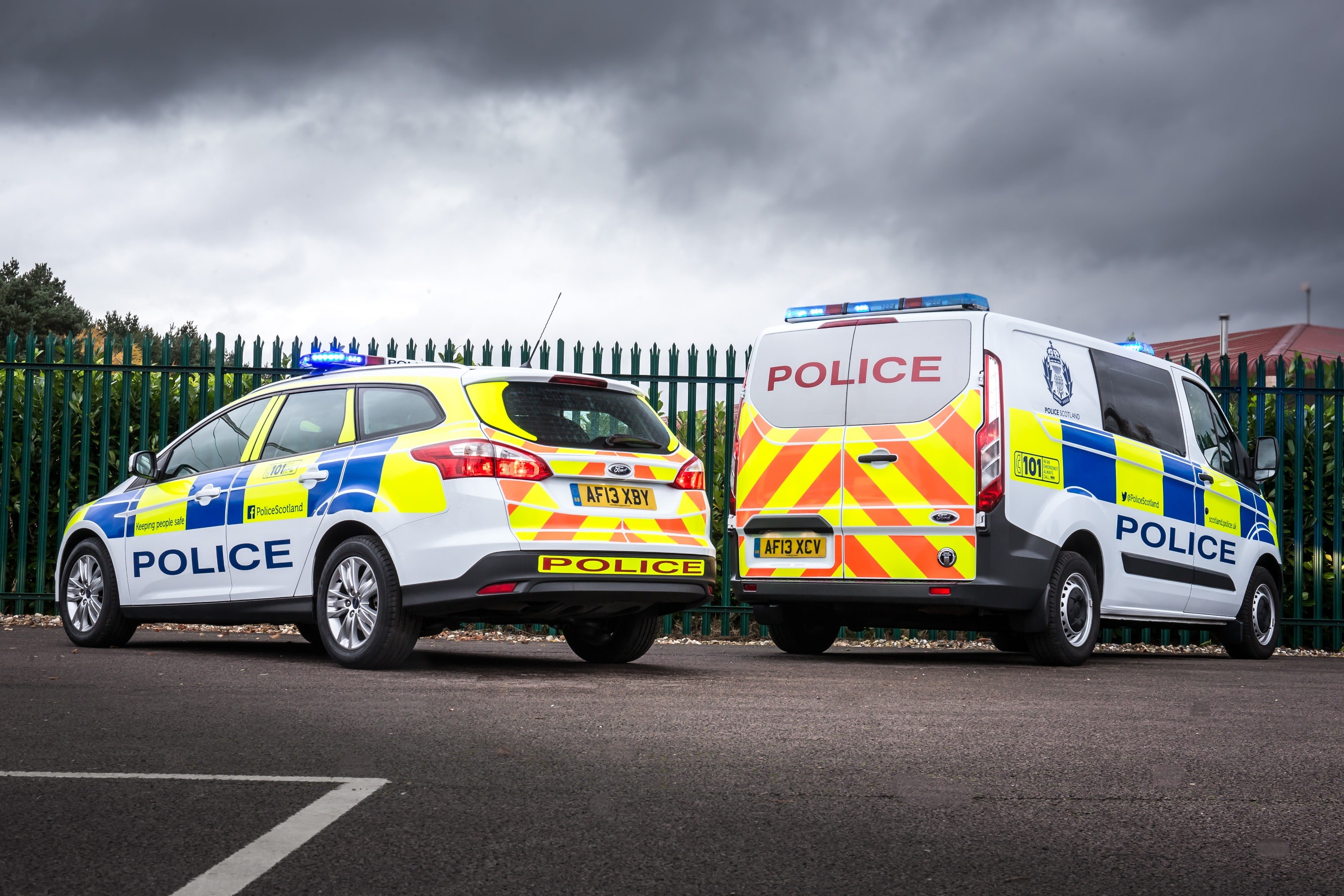 Crime pays, apparently. We wouldn’t know, because we’re all really good and nice and WE DIDN’T STEAL A PACKET OF OPAL FRUITS FROM THE CORNER SHOP IN 1993, OKAY? Sorry, police types.

Sorry. Repressed memory there. Anyway, yes, crime pays. Or at least it does after the first ‘blag’, to use the lingo. Until that point though, it’s an expensive business. You need masks, shooters, lessons in having a gruff accent, so on and so forth. Then of course, you need a getaway car, which you could say is the most expensive element.

Well, worry not, budding crims. N2G has turned to the dark side to offer advice and with it, a selection of cars that in no way will fail, break down, explode, or otherwise see to it you’re caught. Though we hope you are. You naughty buggers.

Fast, built with Japanese reliability, fun to fling down the high-street at 75mph while being pursued by a diesel Focus. It’s perfect. When that VTEC kicks in, yo, you’ll be heading for the sunset with your bag of stolen DVDs from B&M Home Bargains. It’s a three door though, so you left Terry behind – you just KNOW he’s going to rat you out now.

Don’t worry about old Tezza. For now, you have 197bhp, independent rear suspension and a gearbox so crisp it would make Walkers blush. Pushing this thing down A-roads is a blast. It’s planted, firm and the steering is so tight you develop a near telepathic ability to tackle corners. You can see the reason these things are so popular, can’t you?

They’re so popular in fact, that many purists hold these, the EP3, in higher regard than the version that followed, in which Honda decided to bin the independent rear suspension for some insane reason. It made the car softer, and the true drivers didn’t like that. With the EP3 you’re driving a legend, an example of what many consider to be the Type R at its best.

This is the life, you’re doing it, the revs are high, you’re threading each gear change through the ‘box with precision and grace. You’re getting away, you’re… oh, you didn’t know how to control lift-off oversteer, did you? That’s why you’re in someone’s front garden. On fire. Oooh, is that tazer?

Who drives a Subaru Impreza? A winner, that’s who. Not a bloke called Gavin who lives with his mum and spends his spare time moderating the SCOOBYBOYZ forum, despite being 33. That’s for sure.

Yeah, you’ve had some hard times. That’s why you’re in your Impreza, listening to that flat-four, turbocharged engine throb while you build up the courage to run into Bargain Booze and steal as much Carlsberg as possible. You’re feeling confident though, aren’t you. You’ve got your crew – including Terry who surprisingly didn’t rat you out. He’s happier now, as he has a door of his own. You have a big boot for all of that average lager. You’re the man.

On the road, you’re rewarded with a speed and very little in the way of turbo lag. The seats hold you firm and the four-wheel drive system, while somewhat antiquated by today’s standards, does a grand job of hooking up around the bends. YOU’RE A RALLY DRIVER. Look at you go. For now.

You see, the thing is, this is an old Scooby. A cheap one at that. So it’s had a hard life, meaning the turbo will explode, the brakes will be all over the shop and the clutch might slip. Hell, that flat-four might fire a rod right out, rendering you vulnerable on the side of the A46. The Police are here now, just accept this wasn’t your finest hour.

There’s a reassuring element of ubiquity that comes with driving a Mondeo. Their popularity makes you blend in, you’re cocooned in everyday life, you’ll never be spotted by the Old Bill, which is good, because your boot is full of jeans you just stole from ASDA. Plus, Terry is in the back seat with a broken nose after running into the plate glass door, the colossal twonk.

It’s okay though, you’ve not been spotted yet, which gives you time to enjoy the creature comforts of your Mondeo ST220. Comforts such as the leather, DON’T BLEED ON IT, TERRY! There’s the high level of refinement including digital climate control, automatic headlights, self-dimming rear-view mirror and of course, that heated Front screen.

As you cruise, inconspicuously, down Kettering high-street you can hear the 3.0 V6 burble under you. It sounds good, though it is a thirsty beast that’s far from ideal for the long commute. Doesn’t matter though, what with all that torque and nearly 220bhp at your disposal. Handy amenities actually, considering the blues and twos are behind you now.

She’s got some grip for a big girl, that’s for sure. You can throw it about like a hot-hatch. In fact, that’s one of the reasons the Police themselves used these cars. As for yours though, it’s pulling to the left now. WHY? You were getting away but, oh right, it’s cracked a front spring and now it won’t drive. Bloody Mondeos.

Oh my God, it’s like looking at someone who starred in Snatch. You are SO gangster it hurts. This is the car, this the one, you have peaked and now you’re in the big leagues. You’ve got your crew. Terry’s nose has healed up nicely. Time for some wrongdoing.

The Jag looks right at home outside Currys PC World, mainly because they’re cheap now, so they’re accessible to the masses. Still, don’t let that put you off. You’re a gangster, so get in there, grab that Kenwood hand mixer (your smoothie game is going to ON POINT now) and get out of there.

Despite being a big car in terms of presence, the Jag is anything but bit on the inside. It’s cramped and cumbersome for four big lads to get into quickly. This is a delay you don’t need. It’s a problem, but you’ll work around it.

It’s luxurious, with dark wood and leather aplenty. This is fine motoring. It’s smooth, it’s relaxed and it’s refined so, er, actually, this is a terrible getaway car. Plus, it’s so soft and wallowy on the road that you’re fighting to keep it pointed in one direction. The automatic gearbox is all over the shop too, it’s not built for this high-speed stuff. Oh, and what’s that? A MISS-FIRE? You bought one without full service history, didn’t you? You utter knob. They’re ten-a-penny for under £2,000 now, yet you bought a dog.

Oh, and great, now you’ve been TPACd into the side of B&Q. Bravo, you colossal moron.

Just call me Brick Top
It's not very fast, is it?
Terry's anger

This one’s great, because it’s free, despite being modern. You see, the reality is that Terry dobbed you in. He was sick of the shenanigans and he was offered a sweet plea deal for ratting you out, the cheeky lad. Still, you deserve it, you filthy crim.

In reality, you’d never get away. With ANPR almost everywhere, a network of CCTV cameras spanning our fair land and of course, the increasing use of helicopters, getting away would be impossible.

Plus, modern Police cars aren’t old crocks that are barely clinging to life. They’re high-end, carefully considered machines helmed by people trained to such a level they could make some race drivers blush. Basically, they’re not going to let you do a runner. Don’t give them a reason to prove that point. We like your face, we’d hate to see it in jail.