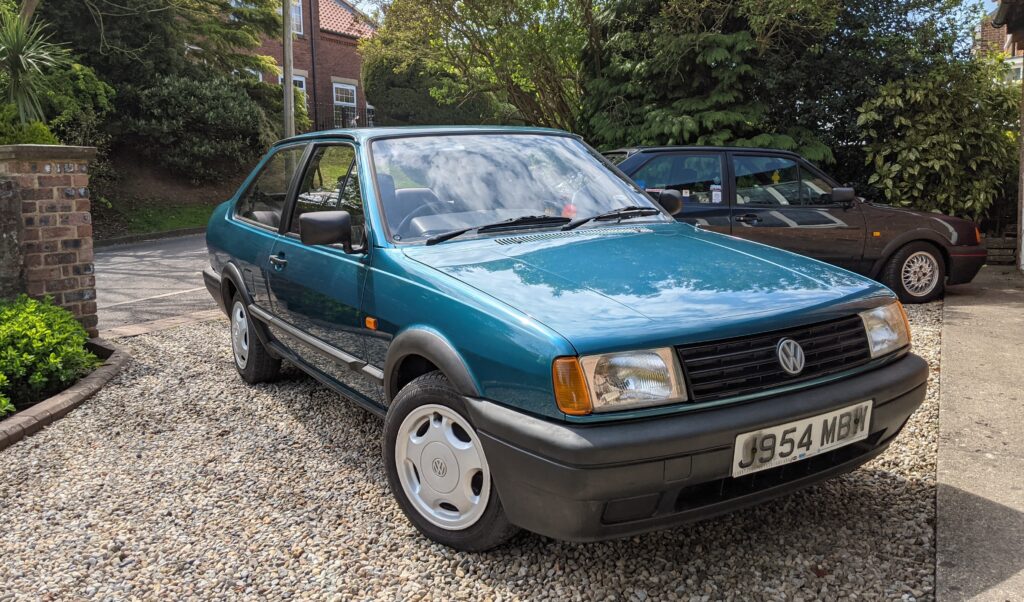 Our first car was a Mini. Good Minis are, ahem, good. They’re fun and bouncy and more than a little bit cheeky. Ours was not. Largely because within a week of buying it, the driver’s door sort of fell off. It was rusty. It was terrible. And on more than one occasion, it seemed to have a desire to summon the Reaper. We did our first car wrong. The seller of this beautiful little 1991 Volkswagen Polo Saloon, however, did not. Yet, this handsome little Polo with a boot was someone’s first car. Unlike ours, the doors are still in place. In fact, everything is in place. The young man who owned this and, during his tenure, covered 13,500 miles, did the unthinkable for a first car. He looked after it. Madness, we know. Not once has this car been in a ditch, nor has it ever been on fire, or upside down. Impressive. 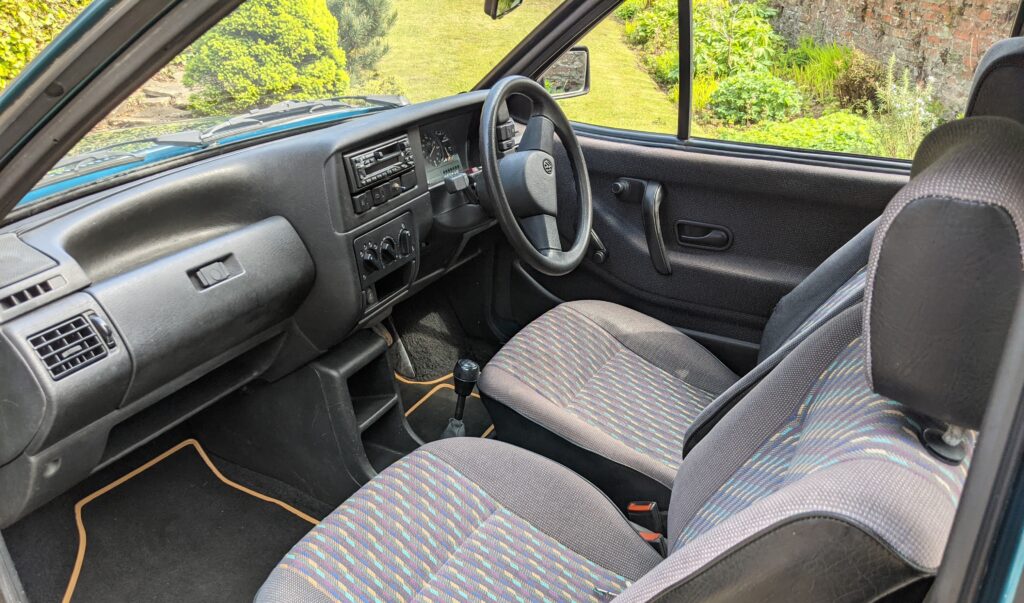 Prior to the this, the Polo was owned by an elderly person. Yup, only two owners, and each one at opposite ends of the chronological scale. But both evidently united by a passion to care for this unassuming little Volkswagen. It’s covered a mere 92k on the clock, it has reams and reams of history, there is an MOT in place until Mat of next year and, well, it’s just lovely. And you know it’s coming from good stock, as there seems to be a Polo G40 lurking the background of some of the pictures. This is a household that likes its Polos. 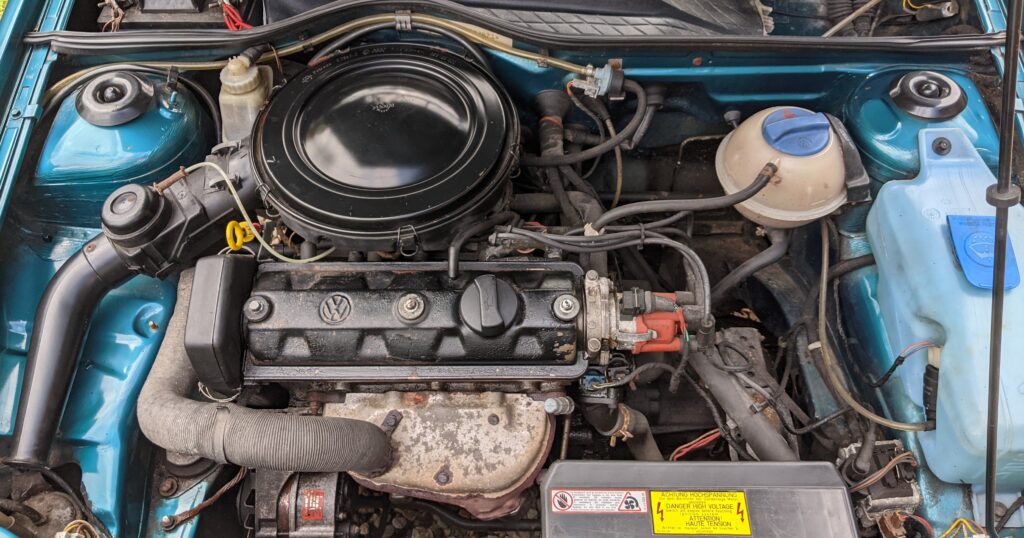 The seller states that it was his son who had the car for a number of years, before putting it on SORN in 2015 when he moved to London. During its time off the road, it was kept warm and dry, and it was fired up and moved around regularly so as to ensure nothing seized or dried up. Before being put back on the road, it was serviced, a bit of welding was done to a very good standard and the rear brakes were serviced. It’s now ready to go. 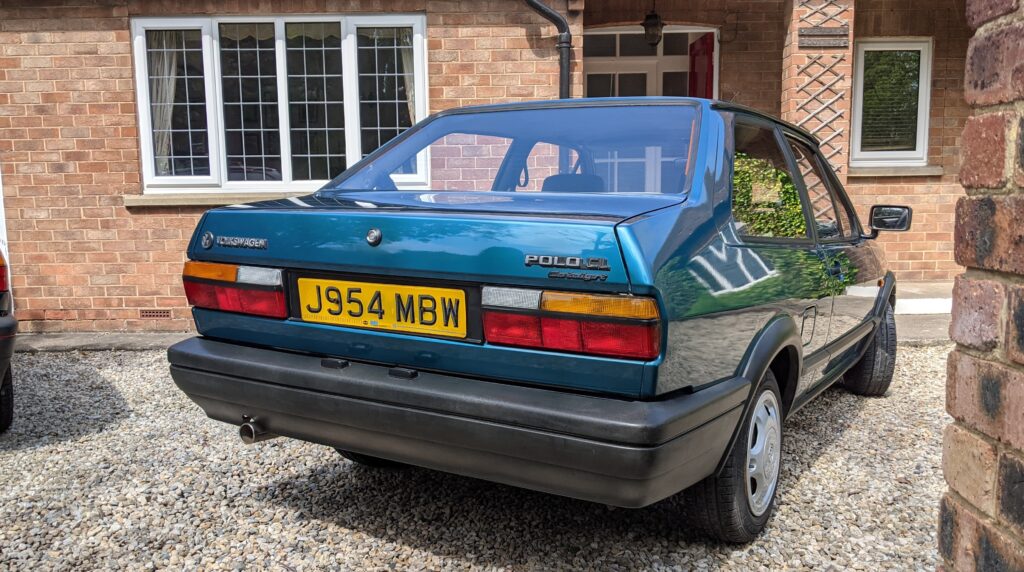 We love this little Polo. It’s a smashing colour, it’s brilliantly original, its the more desirable ‘big bumper’ model and even has a bit of a body kit to match (just arches, nothing too imposing). It’s just a charming, lovely little survivor that has a mere two owners to its name. Honestly, it’s quite the find. We like the Polo Saloon. It’s a nice shape, and it’s a bit different, too. Would we change this one? While it would be easy to put sick alloys and phat coilovers on it (or whatever the kids say) we would actually show some restraint. This little honey has survived this far, so it would be shame to change that. Buy it. You know you want to.