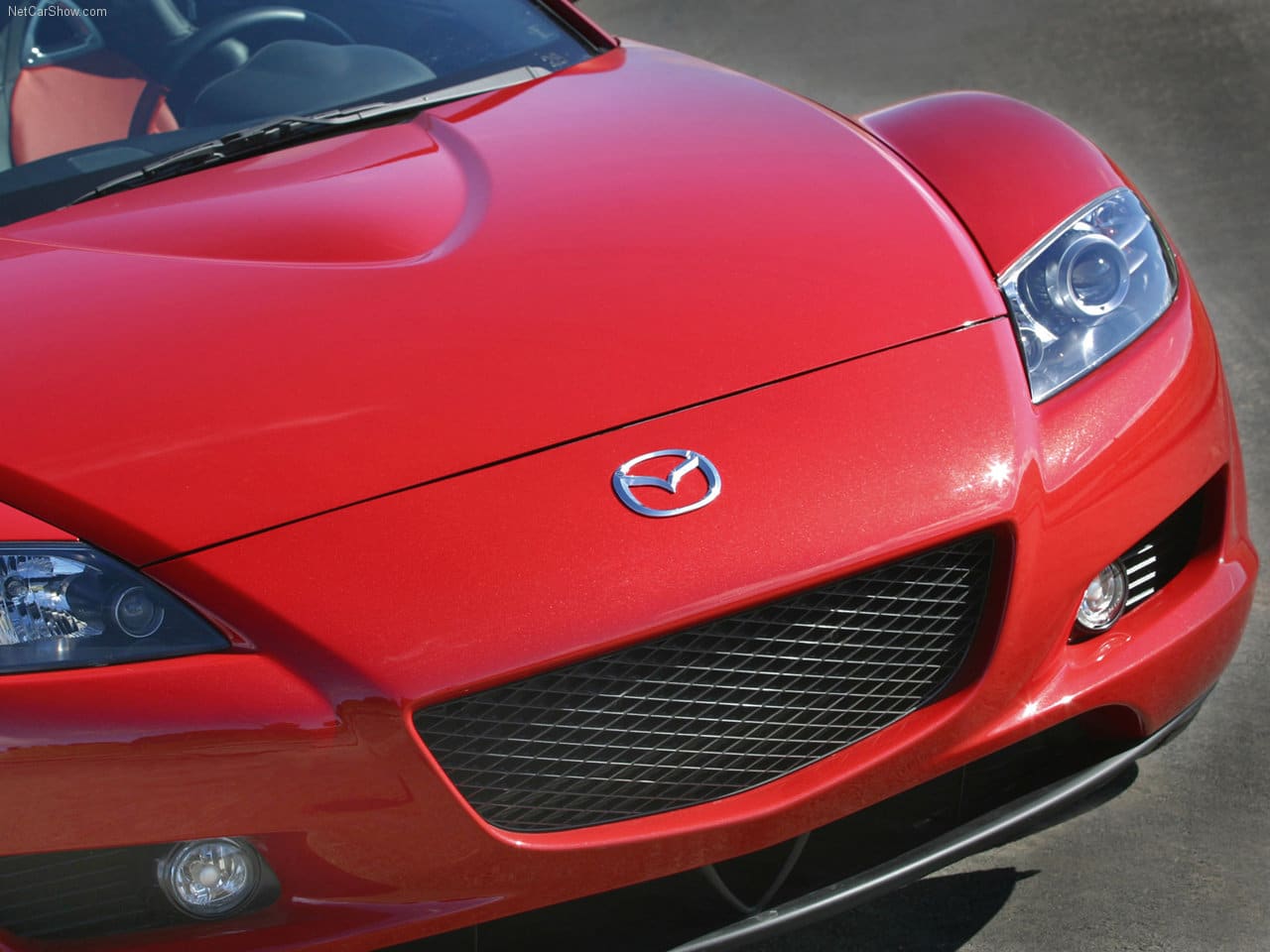 We’ve been watching these for a long time. Such a long time in fact, that a sub-£2,000 RX8 is anything but a rarity. They’ve been dropping slowly and now they’re firmly nestled within our all-important sub £2000 domain. The thing is, the first sub £2k examples were all, well, they’d all blown up. Now, however, there are examples with their Wankels still in place. Don’t know what a Wankel is? Worry not, we’ll get to that later.

We love the RX8 here at Not2Grand because it was clearly designed during the Christmas party. You simply don’t end up with a car like this without the aid of alcohol and photocopying your bottom while Steve from accounts tries to snog the receptionist. It doesn’t follow any of the conventional rules. It’s brilliantly bonkers, unlike Steve from accounts. He’s a knob.

It’s as mad as a box of frogs. A box of frogs that’s been shaken up no less. It only seats four, it has pillarless ‘suicide’ rear doors, it’s rear wheel drive, it only does three foot to the gallon and the exterior colour is splashed through its innards in equal measure. Even if the chosen hue is bright red. Nice.

Its most frog-maddening attribute, however, is its engine. There are no pistons or con-rods in this sucker, at least not in the conventional sense. There’s no in-line four or ‘V’ cast block, either. No, what lies under the bonnet of an RX-8 is a rotary Wankel engine. Stop giggling, it’s a real thing. It’s a real thing that Mazda has been playing with for years, in fact. It’s mastered the witchcraft associated with such a strange set up and made big business selling them. A smaller company by the name of NSU also had a go, but its car wasn’t quite as successful, sadly.

Er, that’s not a Mazda. Nor is it as pretty

That there is an NSU RO80, a car most people have never heard of. This is due in part to them rusting into oblivion as soon as they made contact with water and oxygen. It’s also because they broke down a lot. Still, the NSU was one of the first cars to help the rotary Wankel engine reach notoriety, even if the notoriety came through said engine exploding a lot.

Invented by Felix Wankel in late ’50s, it had been an idea buzzing around his head since he was seventeen. A Wankel engine works via the mediums of prayer, magic, witchcraft and the tears of squirrels. Actually, we have no idea how they work. We think it’s on the principle of two ‘cylinders’ which each have a triangular ‘rotor’ with an offset position on the crank. This rotates creating three chambers within the ‘cylinder’. Then magic happens, a human sacrifice is made and the fairies of internal combustion punt you towards the horizon. Er, maybe. Tell you what, have an animated .gif to explain a bit better.

Any better? No? Sorry. Look, we don’t do science or mechanics here, that’s what Wikipedia is for. We once tried to change the radio in our Austin Mini and managed to set fire to our Ford Orion. No, really.

There’s more witchcraft when it comes to the engine’s capacity. It’s technically a 1.3, but because of the way a Wankel works (ooh, that was fun to say) it’s sort of a 2.6. We think. Maybe. That’s what your evil insurance company will class it as anyway, the buggers. Oh, and it also revs to 10,000rpm, which is good if you like big numbers.

This is a later and consequently more expensive RX-8, so not £2000. Still, this press image features our mate Ben ‘modelling’, which was too good to not include

So, why is this fantastic and fairly modern car so cheap? Mainly because they are famous for a niggle or two. When we say “niggle” what we mean is ‘catastrophic failure’.

Firstly, they drink fuel. Nail one of these suckers up the M1 and you’ll see the 192 or 231bhp (depending on the spec) Wankel producing 15mpg on the digital readout. And that’s if you’re lucky. When fuel is so expensive it makes gold look cheap, that’s not a good thing. It is monumentally fun to drive fast though, so it’s kind of a fuel/fun quid pro quo. In fact, you can soon forgive its economy if you’re a true driver because the chassis on this thing is impeccable. Easily one of most entertaining to drive that we’ve ever come across.

Secondly, the RX8 stops working. Lots. The Wankel is a clever little engine, but reliable it is not. Solid consumer advice isn’t really our thing, but if you want an RX8 make sure it’s got full service history. If not, it’ll probably explode and take your bank balance with it. As a general rule, the cars that fail (and a quick look on AutoTrader will bring up no shortage of sub £500 examples that no longer run) do so because they’ve not been maintained properly, despite being driven hard.

The result of this comes in the form of the tips being worn on the rotors, forcing the RX8 engine to flood/run rough/not run at all. It also means the engine is effectively scrap. A good basic precaution before buying is a compression test. This will see if the rotors are still sealing the chambers within the engine. Most garages will do it for a few quid. Failing that, some sellers have cottoned on that this sells cars, so have it done for for you.

This is where you go. Don’t look at the MPG read out, though. It’ll make you sad

In light of the aforementioned propensity towards mechanical horror, why should you buy one? Well, quite simply it’s one of the best handling cars of the last decade. It might not blow up. It’s actually a decent family car. It’s bloody fast. It’s not a certainty it’ll blow up. They all had leather trim. It might only be a little explosion. You can get one with SatNav – it pops out of the dash in a James Bond style and finally, it might not blow up until you’ve sold it on.

There you have it, the stylish, funky, fast, won’t-blow-up-well-it-might and brilliant to drive RX8. Go on, get one bought! You’ll thank us later, honestly. And while this update may be full of talk about engine failure, we’re only saying that so you know. As far as we’re concerned, the RX-8 is a real bucket list car, and they’re so cheap at the moment it simply makes no sense to miss out.