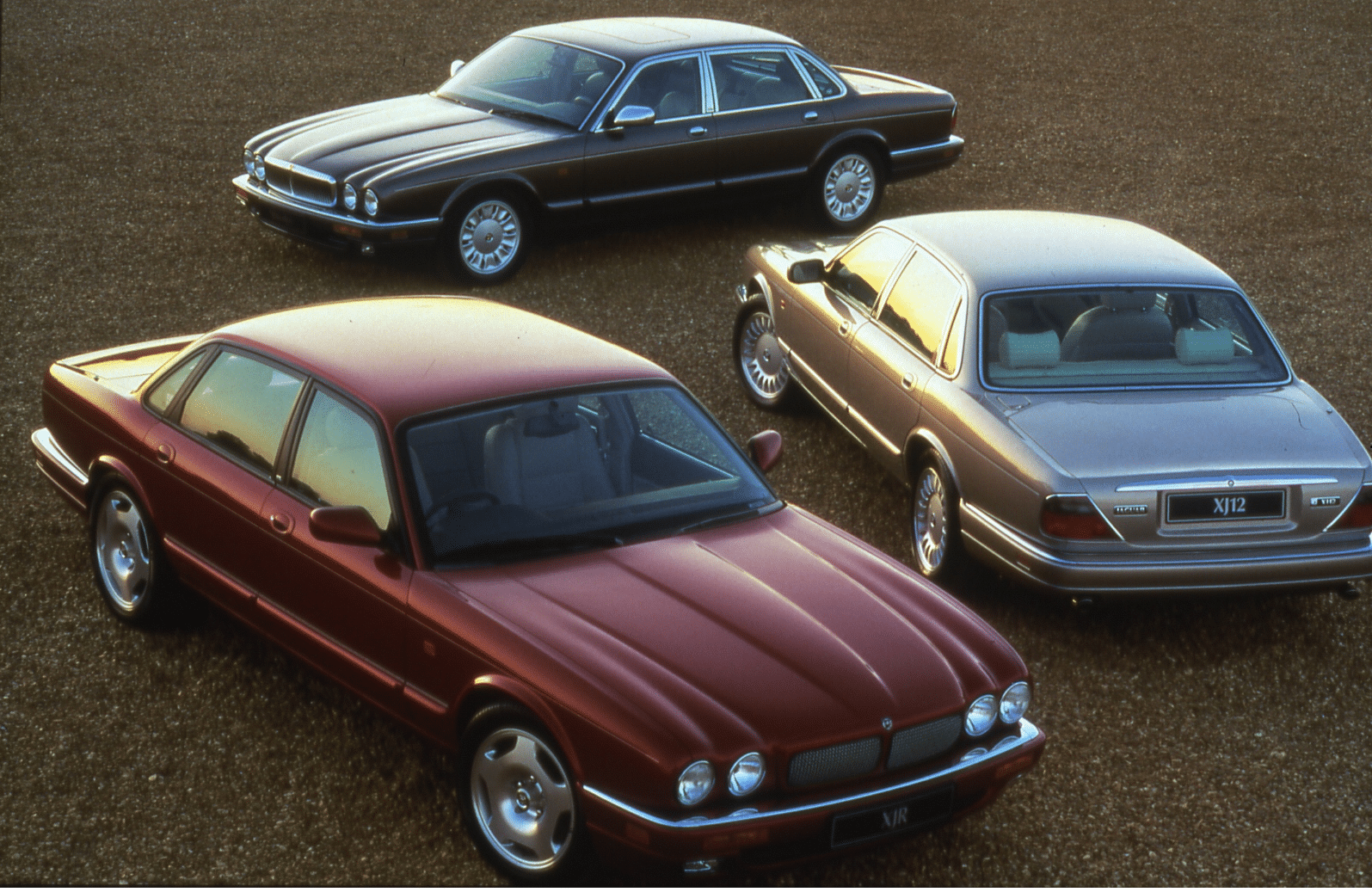 Jaguar is a brand we can all be proud of here on UK soil. Its cars offer class, sophistication and luxury in spades. Big in both square footage and cubic centimetres, the XJ is perhaps one of the most iconic British cars ever built. You see one and you know what it is, without fail. It’s branded into the British psyche. Not many other cars can boast that.

It’s also something of a pop culture icon, too. From films like The 51st State and Snatch through to shows like The Sweeny, the Jaguar XJ is always there. Sometimes it’s good. But most of the time it’s bad. But as Jaguar’s 2014 advertising campaign said, “It’s good to be bad.” So with that in mind, let’s say hello to the Jaguar XJ.

What we’re focusing on here is the fifth generation of the XJ. Earlier cars are available within budget, though Series 1, 2 and 3 cars will probably be fixer-uppers. The fourth XJ40 generation is about, but not nearly as elegant. As for the sixth generation, it is just creeping in, but only high-milers or cars with a category marker. The seventh? If you need to ask, you can’t afford it.

The fifth is one of our favourites, not just because it’s plentiful for our budget, but because it’s a beautiful car. It carries the lines of the older cars effortlessly, especially the series three. It’s a classy, smooth, understated car to look at. It knows what it is, it’s proud of where it’s come from, but it doesn’t need to shout about it. Very British, you might say.

…and the one we’re looking at.

This shape was introduced in 1994 and was the first car to be built by Jaguar under Ford ownership. It was a car that would pave the way for Jaguar’s future by utilising new technologies and build techniques. it wasn’t a project Ford took lightly. The American car giant invested £200,000,000 in facilities, including new machines and robotics for the assembly process.

The car was known by Jaguar as the X300. It was a huge leap from the XJ40 generation before it. The buying public and the motoring press responded well to the car. Some argue that this car played a huge part in the success Jaguar enjoys today, and while that might not be an official line, we can certainly see how it may be considered the case. Before this, the build quality was lacking, the design was aged and the overall image of the brand was becoming stagnant. The X300 breathed a welcome breath of life into the brand.

The X300 was fitted with a number of engines. They were all big capacity and they we all aimed at offering smoothness and comfort over outright power. Well, apart from one. But we’ll get to that in a bit. So, you had:

There was also a supercharged version of the 4.0, which was reserved for the tyre-shredding hooligan that was the XJR. And yes, they can be bought within budget. Though be warned, they’re expensive if they go wrong. And in all probability, a cheap one will.

In 1997 Jaguar released the X308. Visually it was the same car. The differences came under the bonnet. The six-cylinder engines along with the V12 were all binned. A first for the XJ model. The replacement? A V8. It was the only engine available, though it did come in three distinct flavours:

You can guess what the latter one went in, right? it kicked out a mighty 370bhp through the rear wheels. It was fitted with wider rubber and slightly stiffer, sportier, computer controlled suspension. But with no limited-slip differential option, peg-leg tyre smoking was a certainly. But that’s no bad thing…

On the road, the XJ in any guise was and still is a composed and comfortable beast. It’s more agile than you’d expect it to be, thanks in part to its wide track, low centre of gravity and of course, Jaguar’s famous independent rear suspension setup.

Big disc brakes all round help bring the heavy old girl to stop with little drama, while well-engineered steering makes sure you still feel a part of the driving experience. It may be a luxury saloon, but it was designed to offer the driver a rewarding experience, not just the dignitaries that would inevitably be riding in the back seats.

And speaking of the back seats, they’re a nice place to be. Headroom is tight due to the low roof, but there’s space everywhere else. In slightly longer XJL guise there’s even more legroom. As for those sitting up front, they’re left to gaze on the big, enclosing dash. For a big car, it feels snug inside. But not cramped. Everything is laid out with thought, so you’re never left fiddling with hard to reach buttons or switches. And of course, in many models, it’s all covered in leather. Very nice.

For your dosh, you’re going to be looking at both the X300 and the X308. Though if it were our money, we’d push for the latter V8 car. But then again, we love a V8 over almost everything else.

We always say here that service history is important, but with the Jaguar XJ it’s absolutely crucial. As with any luxury car that’s on the cheaper end of the scale, they often fall into the hands of people who don’t have the pockets to maintain them as they should. Make sure whatever you look has all the stamps and lots of accompanying paperwork. It’ll save you heartache later.

Also, paint and body are thing you should look at. The X300 and X308 loved a bit of lacquer peel, especially on the bonnet and bootlid.

Check for all those things and you’ll be fine. A world of people thinking you’re a gangster awaits, especially if you buy one painted in a dark colour.

So there you go. The fifth generation Jaguar XJ in all its glory. Go out and buy one. Intimidate the neighbours. Do a barrel roll if you like. But just remember, it’s good to be bad.