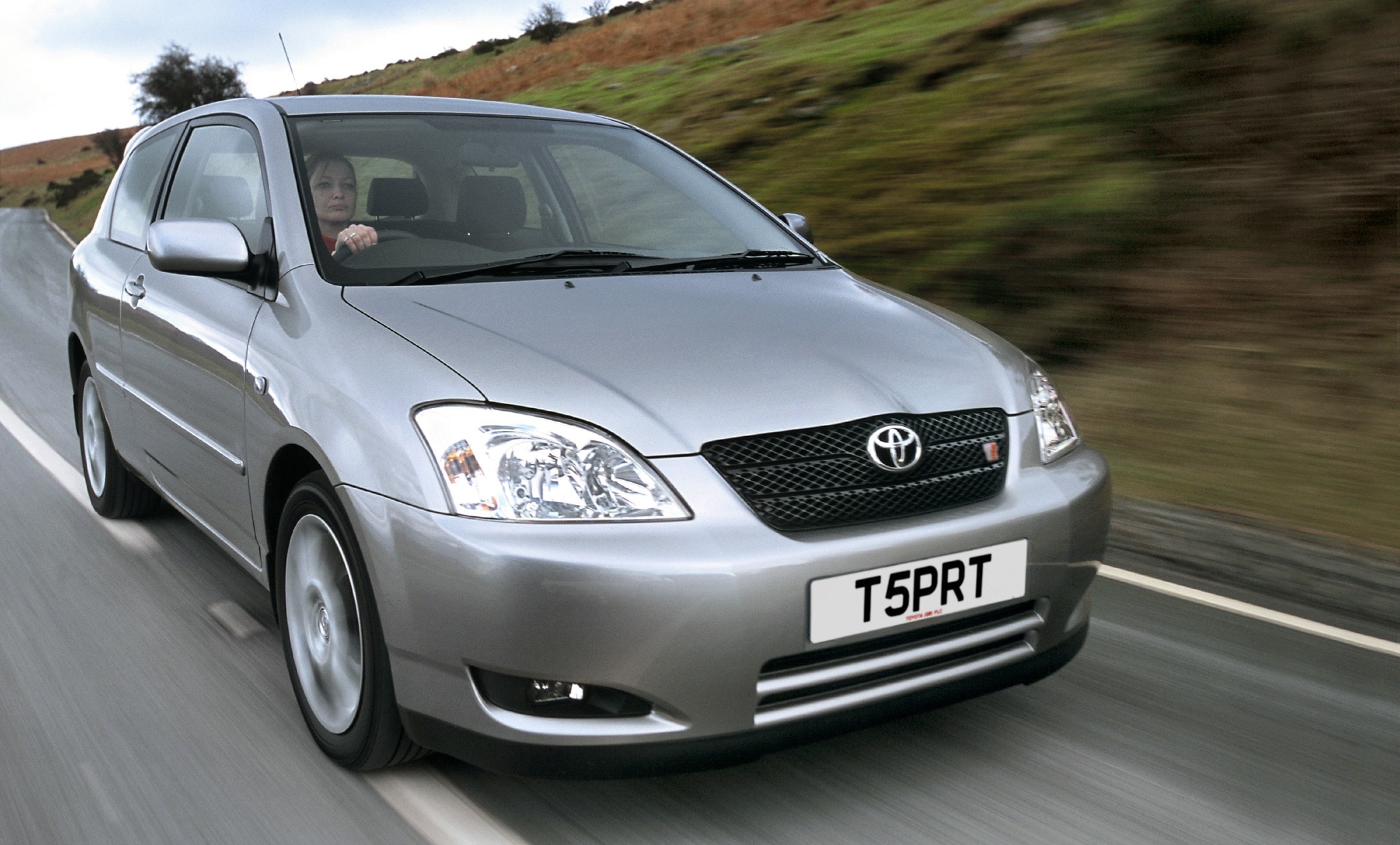 When it comes to the Toyota badge and its current offerings. Or at least what you see the most of on the road. It’s easy to forget it’s damn good at making fast, fun cars. This is the brand that gave use the Supra, the Celica and the MR-2 after all. You might only see Yari (is that the plural?) and the odd Avensis on the morning commute, but really, Toyota is far more than its bread and butter cars. As this Corolla proves.

But not just any Corolla. This is the T Sport. Which is to Toyota what GTi is Volkswagen. But where does it stack up? It should be pretty good. After all, Toyota knows a thing or two about making a Corolla hustle along.

So what was the Corolla T Sport? It was the Japanese giant’s answer to the brimming hot hatch segment. Filled with offerings from Ford, Volkswagen and Vauxhall, Toyota wanted a cut of the market. So we got this, the T Sport. It was a ‘breathed on’ Corolla, available with three or five doors. So on that basis it had the ‘be hot but remain practical’ bit covered. And it was practical. The Corolla isn’t the best-selling car in the world for nothing.

It boasted enough space for five people of normal human size. Sports seats (electric for the driver) and pedals garnished the innards. Climate control, CD player, front fog lights, 3×3-point seat-belts in the back and also traction control were all fitted. The boot could swallow most things you put in it and while it was indeed the T Sport version, it didn’t sacrifice the day-to-day ‘living with’ in name of speed. The only problem is that it maybe played it a bit too safe.

First of all, there was the way it looked. It made other cars in the same class look positively insane. It had a set of modestly-sized alloys. There was a deeper chin, some side skirts and a rear spoiler. But their design was safe, restrained almost. It’s not a car that shouts about what it is. The only person who’s going to comment at the pumps is a petrolhead. To everyone else, the T Sport is fairly anonymous.

Then there was the engine. The T Sport was fitted with Toyota’s brilliant 1,796cc VVTL-i engine. The normal VVTi engine is clever thanks to variable valve timing via a camshaft that moves under hydraulic pressure. This means the engine can run more efficiently, but it also has performance benefits too.

Then there’s the Corolla T Sport’s VVTL-i engine. The L stands for lift. So not only does it fiddle with the cam, it also plays with the valve lift and opening duration. This of course means the potential for more air and fuel in the cylinders. So more bang, thus more ponies. It is a very, VERY clever engine. So clever in fact, that Lotus use it in the Elise.

…and a Lotus Elise. Wait, hang on?

In the Elise, the engine was (and still is) a stormer. But then again, the Elise weighs about as much as a squirrel fart. In the Corolla, it was less impressive. Which was a bit of a kick in the nuts for Toyota, considering it was their engine.

It had the numbers to make wallets twitch at the dealership: 187bhp, 140mph and 0-60 in 8.1s for all the Vordermans out there. When strapped into the chunky 1,255kg Corolla though, they just didn’t translate. This was thanks in no small part to the engine’s measly 133lb/ft of torque. There are Hot Wheels cars with more than that.

As they they say, BHP is the size of your hammer whereas torque is how hard you swing it. You can have all the BHP in the world, but if you’ve got no motion it’s a lesson in futility. On the road it meant the T Sport had to be dragged up to 6,000rpm before anything really exciting happened. And when there, the engine didn’t thank your ears. It also didn’t do anything to earn favours with Mother Earth thanks to 198g/km CO2. That’s… a lot.

Toyota did build a version with a supercharger, which in turn upped the power a bit. However, they’re few and far between. They also command over double the budget we have to play with here. So you’re stuck with the naturally aspirated option we’re afraid.

So it wasn’t that exciting to look at, nor was it a powerhouse on the roads. So why the hell should you buy one? There are reasons, worry not. It wouldn’t be here if it was terrible.

First of all, it’s a well-built car. That goes a long way when buying on a budget. Toyota’s build quality on the T Sport was enough to rival the Germans. It might not have been as luxurious, but it was solid.

Then there’s the drive. No, it’s not an outright thriller. But, on the occasions you do screw it through the rev range – working through gears via the crisp, pleasantly mechanical-feeling five-speed ‘box – the chassis is enjoyable. It leans in favour of being a bit safe and predictable, but that’s fine. Not everyone is Lewis Hamilton. Get this on some twisty roads, put some earplugs in and you’ll have a blast. It rewards the unremarkable driver without scaring the crap out of them.

We like the Corolla T Sport an awful lot. There are a lot of hot hatches that take the ‘hot’ element a bit too far. The Corolla T-Sport doesn’t do that. Instead, it has a little bit of fun up its sleeve to be used at your discretion. Drive it around normally, and it’s just that; normal.

Plus, it plays into our hands perfectly. Try and buy a Volkswagen or Ford equivalent at this money and you’re going to be facing leggy, tired cars. Go for a Corolla and your £2,000 will buy you something incredibly clean, totally unmolested and with many years of life left in it. Take a look at this Corolla T Sport we found. It’s almost new!

In reality the Toyota Corolla T Sport may only be a warm hatch, opposed to anything that will scold you. But that’s no bad thing at all. What you’re getting is something that’s relatively rare. It’s only ‘on’ when you really push it and want it to be. It’s handsome, well-built and available to buy in pretty much mint condition. Plus, it’s fantastically reliable and with a EuroNCAP score of four stars, it’s safe, too.

If you want a car that’s a little bit special, but can also deliver complete peace of mind, there are few better than this.