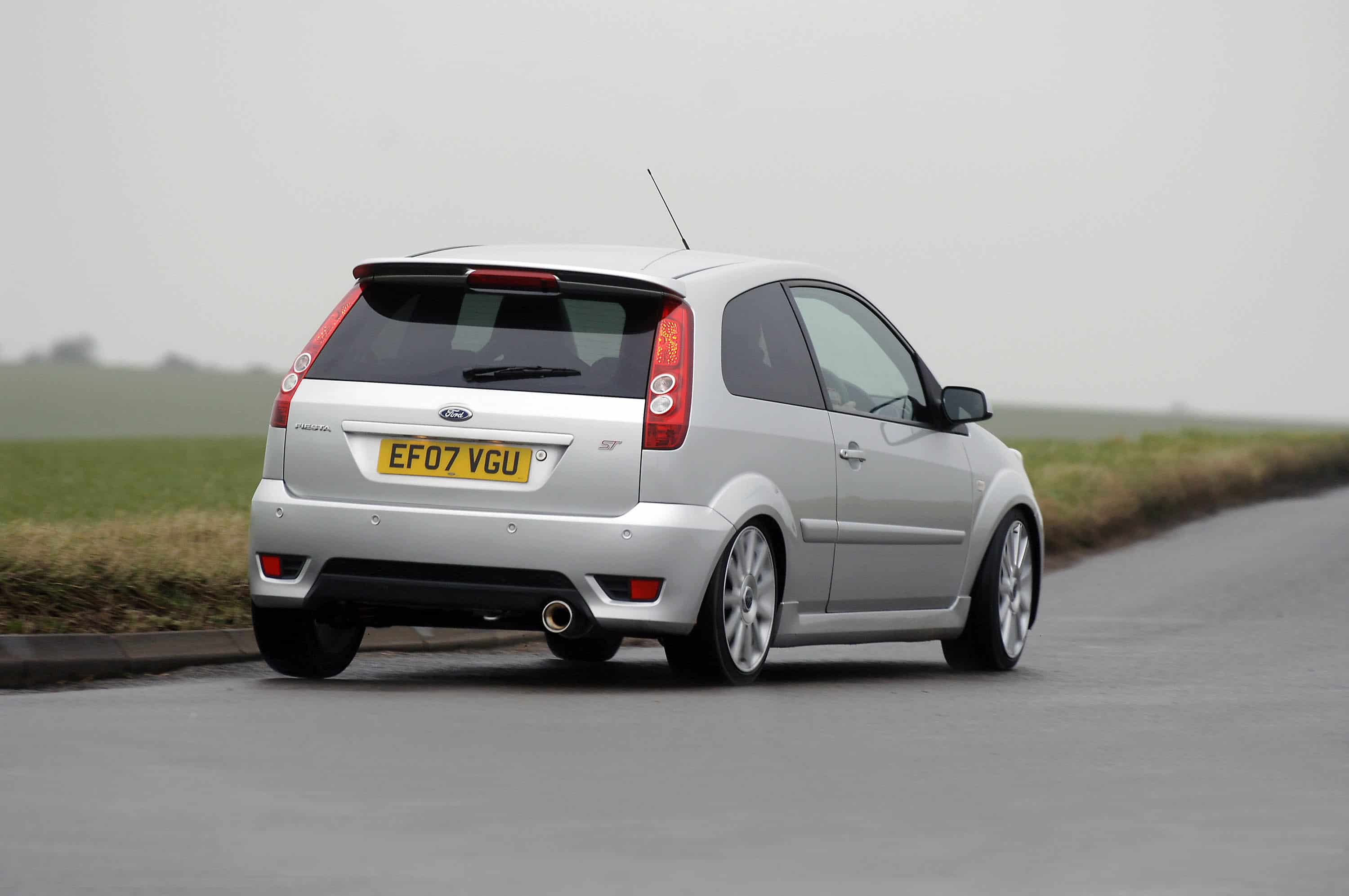 In a past life we used to run the now defunct motoring magazine, Performance Ford. During our time there, we were subjected to many, many Focus STs with OZ Superleggera alloy wheels and Air-Tec intercoolers. We also saw no end of Mondeo STs with more stick-on chrome in the engine bay than was entirely necessary. It became a bit tedious, frankly.

Thankfully though, there was one common occurrence we enjoyed. It was this, the Fiesta ST. Or more importantly, the first Fiesta ST. The car has evolved over the years, honestly getting better each time. However, during our time at the helm of PF we were constantly reminded of how good, how popular and crucially, how much fun the ’05 to ’08 Fiesta ST was.

The Fiesta ST was Ford’s re-entry into the hot hatch market. If you’re a child of the ’80s, you’ll remember the might of the XR brand and the hot versions that came with it. The Fiesta XR2 was, and still is, a legend. Ford took a shopping car and made it exciting, fast and fun. The buyers flocked into dealerships to get their hands on one. Sadly though, car thieves also liked them. As such, the XR models from Ford became a nightmare to insure and a stress to own. In the mid ’90s, Ford killed the XR line off with the deeply unremarkable Escort XR3i.

The thing is, Ford is an ‘every man’ brand. Its range has always appealed to the largest cross section. To have hot versions absent from the lineup was never going to wash. So, in 2005 Ford went back to its roots and gave us this, the Fiesta ST. After all, it was the Fiesta that launched the XR brand, so it was only right it should carry the torch for Ford’s new ST model range.

The big question is, did the Fiesta ST carry on the XR’s legacy? In a word, yes. What you’re looking at here is a car that embodies the XR philosophy completely. The XR2 was a simple beast. The recipe consisted of some handling tweaks, some model-specific visual enhancements and a big engine. Not a fancy, cutting edge, all singing, all dancing engine. Just a big one. And before you raise an eyebrow, a 1.6CHV in a 1980s Fiesta was big.

In the 2005 version, you got a 2.0 four-cylinder 16 valve petrol lump with 147bhp and 190Nm. It was, and still is a simple mass of oily bits. No turbo, to trick valve timing, no supercharger, just old-fashioned grunt. If that’s not remaining true to the ethos of the XR, we don’t know what it is.

What that engine meant was a 0-60 time of 7.9 seconds and a top speed of near as dammit 130mph. Okay, so it wasn’t the most exciting engine, and compared to its peers, it wasn’t even the fastest. But for the application, it was spot on. The Fiesta ST was a riot to drive. The engine’s simplicity meant you knew exactly what was going on, there were no surprises. It’s simplicity made it fun and carefree. Just like an XR, then.

As well as an engine that’s far too big for a Fiesta, Ford also tweaked the chassis, resulting in a car that loves being thrown around. We’ve driven a few of these, and we can attest to just how much fun they are. The Fiesta ST just feels giddy and excited, like a small dog with a tail so waggy it’s a blur. The ST wants to please you. As such, it happily dives into corners and thanks to the sorted suspension, the bigger tyres and the beefed-up brakes, it does so with vigour. Point this at an apex and you’ll hit it with ease. Throw it into a corner and it will grip by a surprising amount. Really go for it and the little Ford will cock up a rear wheel, like a race car! It’s just good fun.

Okay, so the five-speed gearbox isn’t the best in the world, but the change is crisp and direct. And yes, you have to lean on that 2.0 to get the most out of it, but isn’t that the point of a hot hatch?

Visually, the Fiesta ST was treated to a subtle styling package consisting of skirts, a rear spoiler and sportier front and rear bumpers. And bigger alloy wheels, too. Internally, you had half-leather trim, some ST badging, stainless steel pedals and that was about your lot. In fact, the ST’s interior was far from exciting. But on the plus side, it was durable and functional. Plus, you’ll be having far too much fun driving the thing to worry about the hum-drum centre console.

The Fiesta ST, in true XR fashion, was only available in three-door guise. That’s why it didn’t come out until 2005. This generation Fiesta was out for a few years before the ST came about. Oddly though, Ford only offered it in five-door specification, which for a small car seemed like a strange choice. But who are we to argue with a super-power like the Ford Motor Company?

If 150-ish bhp isn’t enough for you, don’t worry. Professional Ford-fettlers, Mountune, made a range of upgrade kits for the Fiesta ST. Unusually, they could be fitted from new as well as later in the Fiesta’s life. Oh, and they didn’t affect the the warranty. These kits consisted of some ECU wizadry, a fruity exhaust and some badges. And the choice of 165bhp or 185bhp, depending how fast you want to go.

We have to admit, we haven’t driven one of those. However, we have driven the later Mk7 Zetec with a Mountune kit and that was impressive, so the ST should be a riot. And don’t worry, it was a popular upgrade, so finding one shouldn’t be too hard at all.

When it comes to a hot hatch, it’s obvious that safety will be a concern. The Fiesta ST was, happily, awarded four stars by time-served car-killers, EuroNCAP. Though curiously, the damn thing only has two airbags as standard (driver and front passenger). Side airbags were an optional extra, as was electronic stability control. It does have ABS and EBD (electronic brake force distribution) as standard, which should help you stay out of ditches.

In terms of buying one, there are no major issues to be wary of. Just be aware that you’re buying a hot hatch, so it might well have been flogged to death. If you can, try and buy a standard one. A modified one will probably be about as much fun as a bag full of farts.

So there you go, the Fiesta ST. It’s a hot hatch in the purest form, and there’s absolutely nothing wrong with that.